Super sub Henrique scored another dramatic and spectacular second-half goal for Brisbane Roar to secure his side a 1-1 draw with Melbourne City in their Hyundai A-League Round 7 match at Suncorp Stadium.

Just five days after netting the winner against Perth Glory in his comeback game after knee surgery, the Slippery Fish was too fast for the opposition defence once again and skilfully scored an equaliser tonight after a sublime pass from Thomas Broich.

Broich (below) was immense for the Roar wide on the left.

The City defence often had no answer to combat the talented German other than to foul him and slow the game.

The Roar found the going tough in the opening 25 minutes of the game with City’s defensive mindset stifling much of the home side’s play.

As City began to tire in the heat and after an intense early press, the Roar gained more of a foothold but weren’t able to make the most of their chances before the break.

Some miscommunication in defence between Jamie Young and Daniel Bowles just two minutes into the second half allowed City to take the lead when striker Harry Novillo capitalised on the error.

After three home wins on the trot, the Roar refused to bow and the combination of the two crowd favourites in Broich and Henrique allowed Brisbane to maintain their undefeated record at Suncorp Stadium this season.

Roar coach John Aloisi was pleased with his team’s character to come from behind but was disappointed with the approach taken by the opposition.

“It was a difficult night tonight. They came with a game plan to stop us playing; there was only one team really trying to play and go forward,” Aloisi said. 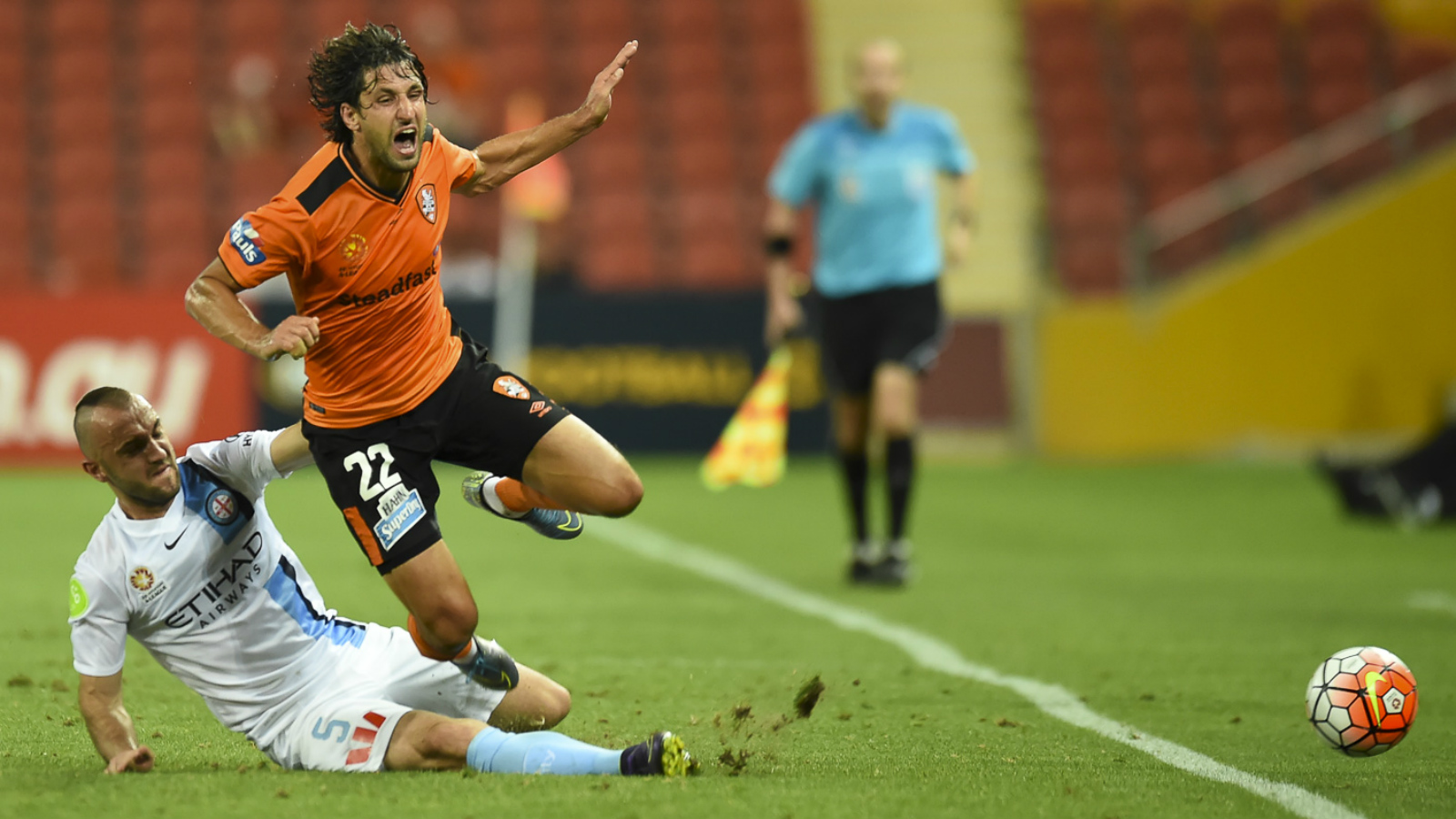 47 ‘: A Jamie Young clearance hits the heel of an unaware Daniel Bowles and ricocheted backs into the penalty box. City’s first shot is blocked but Harry Novillo buries his attempt into the net from close range. 0-1

70′ : Thomas Broich rides a tackle from Ivan Franjic before delivering a perfectly timed floating pass for Henrique on the penalty spot. The Slippery Fish controls brilliantly, gets goal side of the last defender and slides his shot under City keeper Thomas Sorensen. 1-1

Brisbane Roar Head Coach John Aloisi : “I’m proud of the players, we made a mistake that cost us a goal, but we kept on going. I’m very pleased with the reaction of the players. It was a very good test of character. When you give a away a goal like that, heads can drop. We just kept going and didn’t want to give up”

On Henrique ‘s goal: “Brilliant from Henrique and Thomas. The finish is not easy. It’s a great ball from Thomas, and (Henrique’s) first touch and ability to get in front of the defender sets him up, and it was good. We expected that from Henrique, we know what he’s capable of.”

Roar captain Matt McKay ( below ): “We showed great character (to level the scores) . . . it’s great we’ve got a lot of guys coming back, the squad depth is great . . . it keeps everyone on their toes and hopefully that makes us a better side.”

International marquee Thomas Broich : “We had the chance today to take the three points. We tried hard . . . the intensity was all right but the were a few things we need to improve on.”

Roar Head Coach John Aloisi had talked about protection for skilful players across the league in the lead up to this game. Melbourne City recevied five yellow cards to the Roar’s one. Some of our best players were repeatedly fouled and the momentum of the game was constantly interrupted. No wonder the tactics were labelled “anti-football”.

The Roar travel to Newcastle next Saturday night to take on the Jets in the first of consecutive away games. The side’s next ”home” game will be in Cairns (because of concerts at Suncorp Stadium) on December 12 (against Wellington Phoenix) before returning to Suncorp Stadium on December 27 (against Melbourne City). 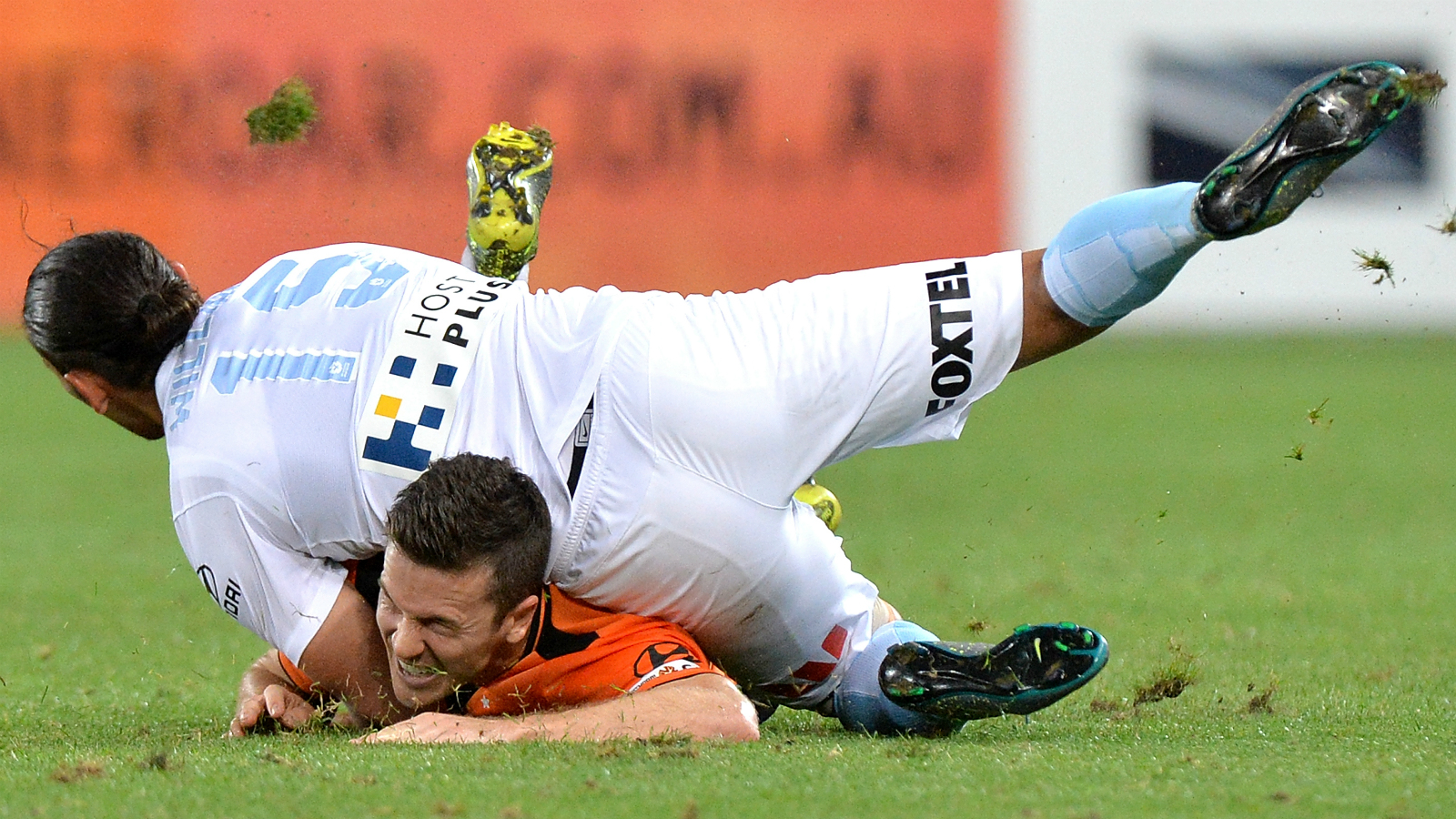