An astonishing last-gasp goal from Luke DeVere has secured Brisbane Roar a 1-1 draw with Melbourne Victory in the Hyundai A-League season opener.

In his first match in the Brisbane orange in 18 months, DeVere’s incredible 96th-minute volley looped over Victory keeper Lawrence Thomas into the top corner, sending the majority of the 15,805-strong crowd into raptures.

Head Coach John Aloisi was delighted with the Roar’s never-say-die attitude and his side’s determination to continue attacking until the final whistle.

“I’m delighted with that late response. We’ve proven in the past that we never give up, we never stop and we deserved something out of that game,” Aloisi said.

“I couldn’t be happier for Luke DeVere because he’s been through a lot.

“Luke is what this club is about. He’s gone through tough times but he doesn’t know how to give up.”

Despite playing with 10 men for the final 25 minutes following a controversial second yellow card for Captain Matt McKay in his 200th Hyundai A-League game, the Roar continued to play the attacking style the club have become synonymous with. 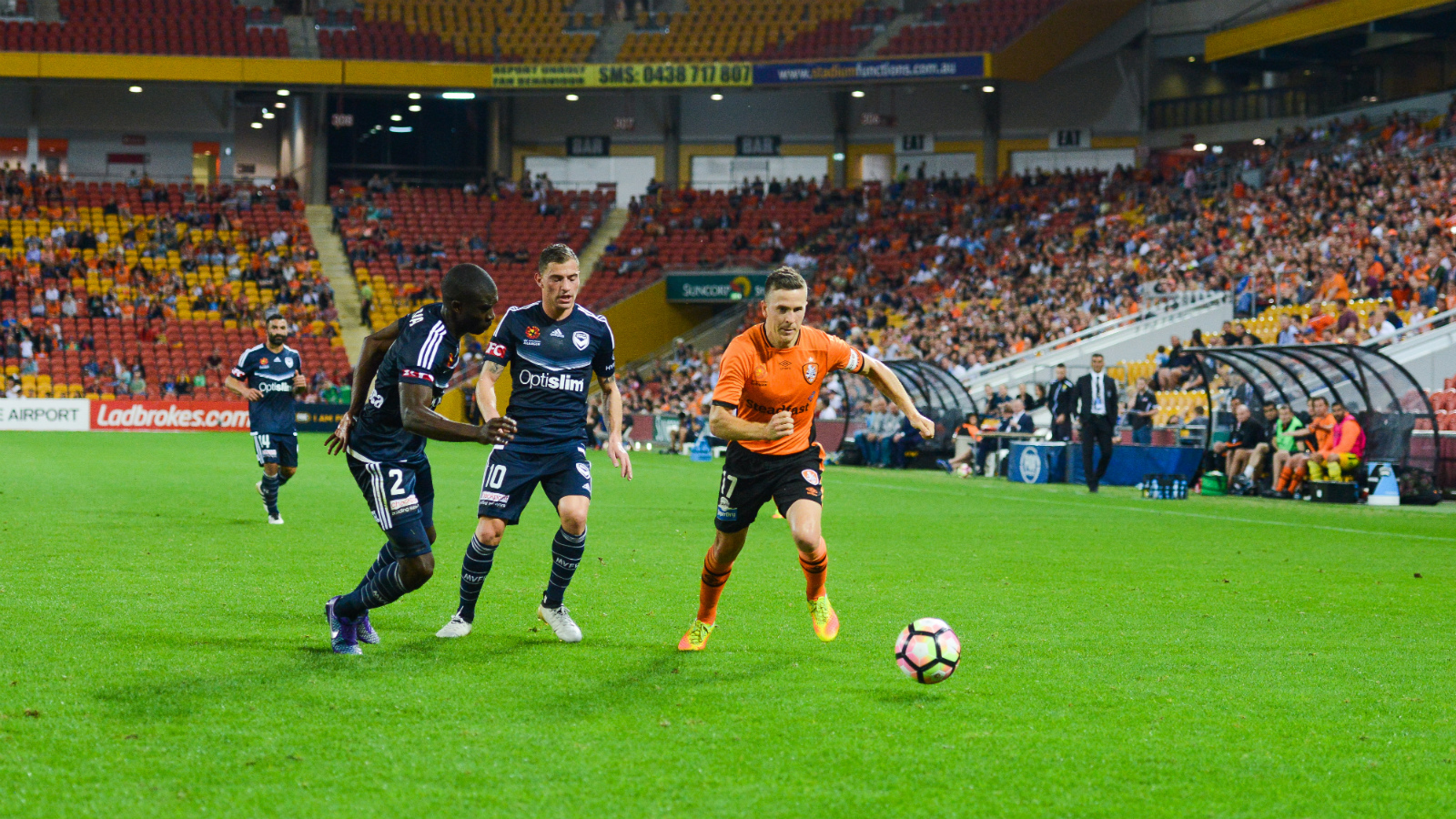 Mitch Austin’s strike in the 83rd minute from 15 metres looked to have secured the points for the visitors before the Roar produced another magical late moment at Suncorp Stadium.

The Roar were forced to withstand early pressure from the Victory early, but the Roar’s experienced back four stood firm.

The home side soon grew into the game and dominated proceedings with midfielders Thomas Kristensen and Brett Holman looking sharp in their Hyundai A-League debuts.

An inch-perfect through ball from Kristensen searching for Jamie Maclaren was only thwarted by a rushing Thomas while Holman benefited from a delicate Matt McKay cross but wasn’t able to direct his header towards goal.

The Roar shot out of the blocks at the beginning of the second period and quickly gained the ascendancy.

Brisbane’s 2015/16 Golden Boot winner Jamie Maclaren called Thomas into action shortly after the restart, cutting back onto left foot after latching onto a well-weighted pass from McKay.

Tommy Oar (below) replaced Holman shortly after the hour mark and made an immediate impact with a barnstorming run and threatening cross into the area creating havoc at the Victory goal mouth.

Fullbacks Jack Hingert and Corey Brown were amongst the Roar best. The duo were damaging at both ends of the field regularly making dangerous runs out wide and defending the flanks strongly. 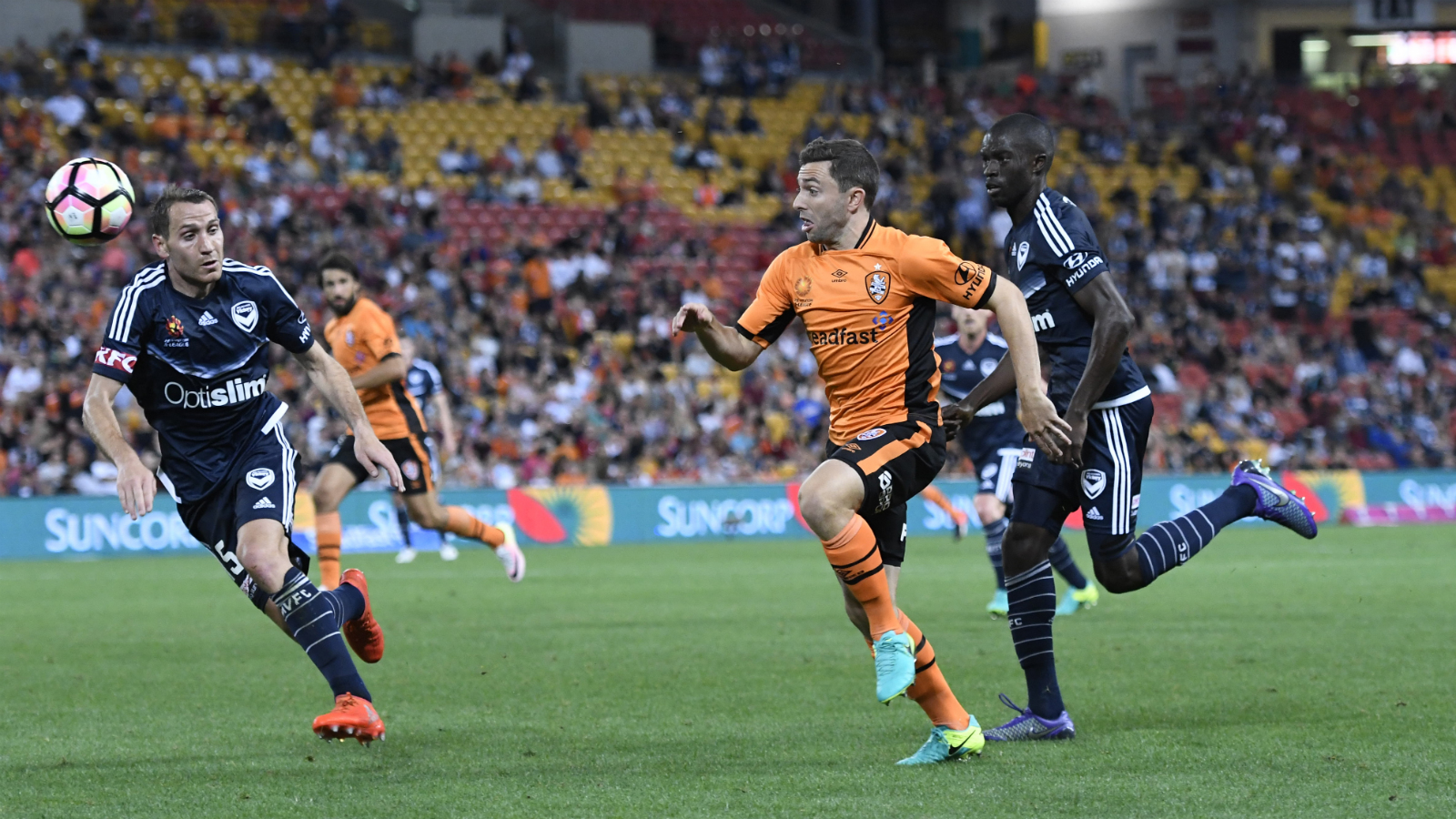 83’: A scramble in the area falls to Mitch Austin who opens the scoring with a well-hit strike from next to the penalty spot. 0-1

90+6’: With the final kick of the game, an incredible mid-air volley from Luke DeVere looped over Lawrence Thomas and in under the crossbar, securing a late equaliser for the home side. 1-1

It was once again the late show at Suncorp Stadium. Luke DeVere’s 96th-minute equaliser was credit for the Roar’s never-say-die attitude which the club

Brisbane Roar Head Coach JOHN ALOISI: “I thought after the first 15 minutes we dominated the game. We were shifting the Victory around and creating some good openings.

“It’s great that against an attack like the Victory’s, we limited them to very few chances. We were very good.

“Our back four and our midfield kept their shape very well. We know that we’re improving as a side and we just have to keep trying to get better and better. 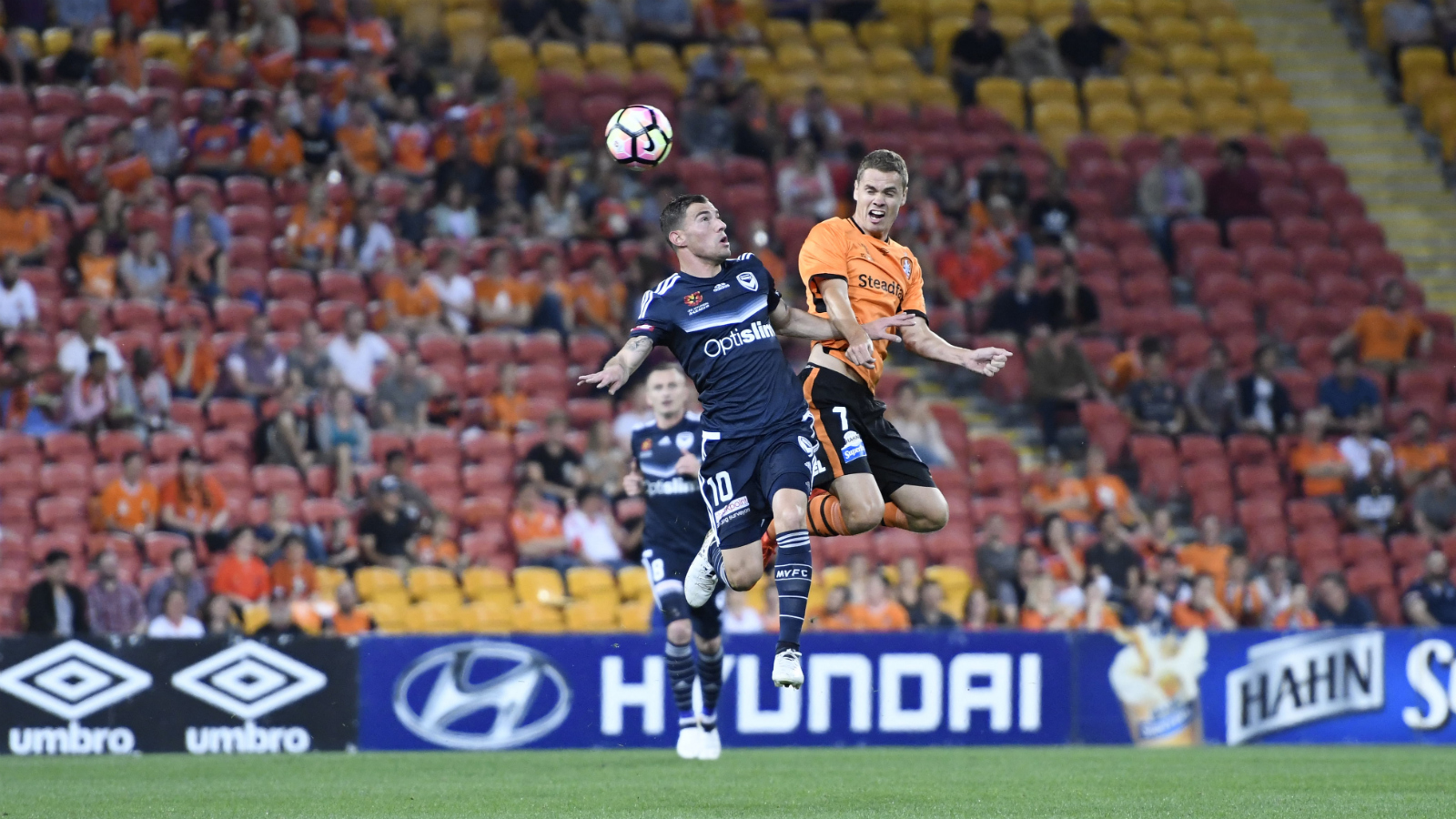 “We’re happy with a point but at the same disappointed that we didn’t get three points from a performance like that.”

On midfielder Brett Holman: “He looked good. He hasn’t had a lot of pre-season games so we thought we’d bring on fresh legs towards the end in Tommy Oar.

“Once we started to control the game, Brett really came into his own and showed what he can do, and he’s only going to get better. The team is only going to improve, but I think we put in a good performance tonight.”

“I’m pleased with the performance. There were a couple of contests in the lead up to that late goal and unfortunately it ended up looping into the back of the net.” 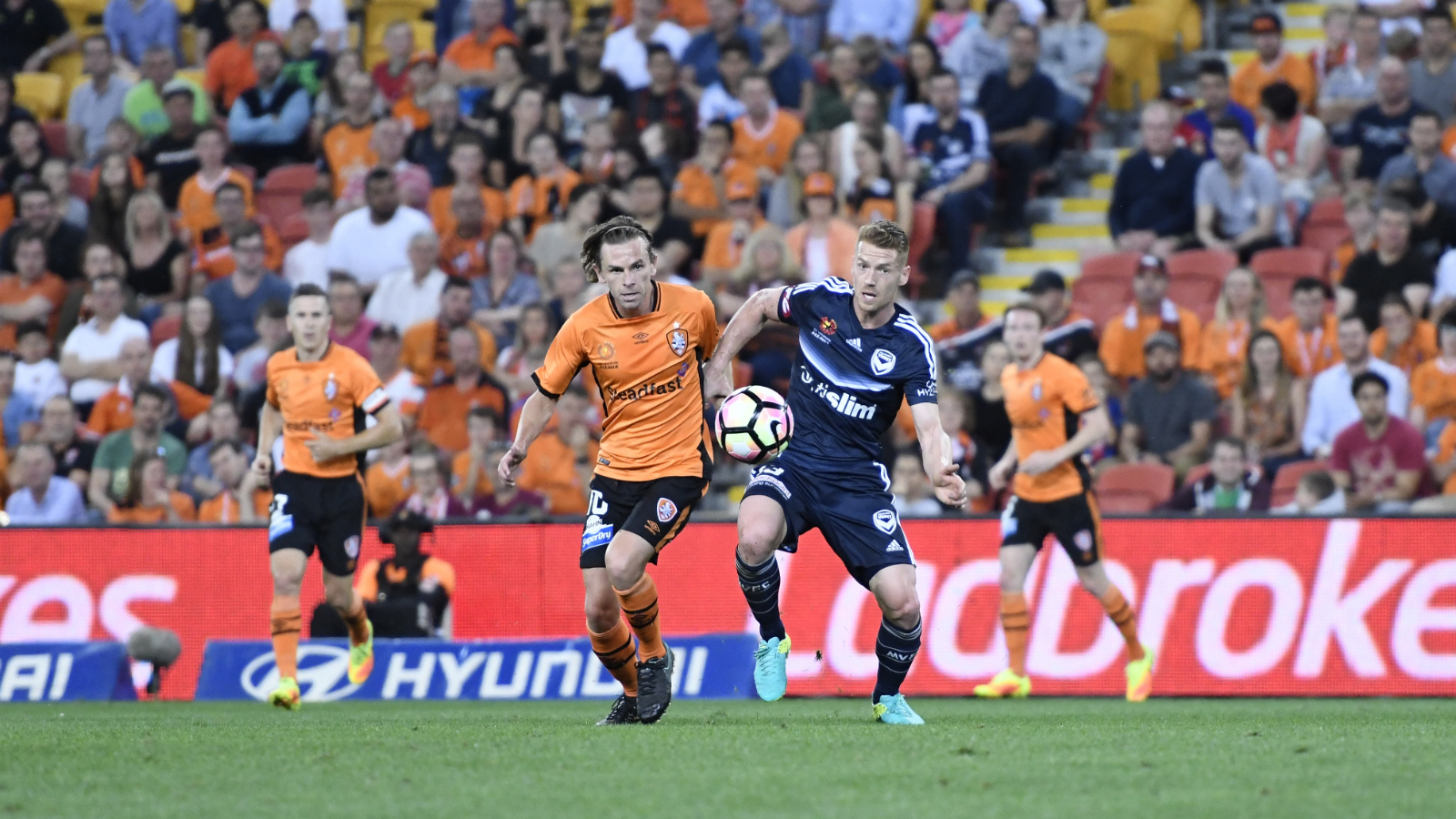