Brisbane Roar have bowed out of the Westfield FFA Cup following a 2-0 defeat to Perth Glory at Ballymore Stadium on Wednesday night.

The Roar dominated large portions of the game but couldn’t match two first-half goals from the visitors.

Tommy Oar was a standout performer for the home side, continually opening up the Perth Glory defence and creating havoc throughout the game, earning the praise of Roar Head Coach John Aloisi.

“I thought he was outstanding. He was causing trouble all night and they didn’t know how to pick him up,” Aloisi said.

Glory defender Dino Djulbic opened the scoring with header from an early free-kick before doubling the visitors’ lead shortly after with a close-range tap-in.

Oar and attacking partner Jamie Maclaren both had goal-bound shots blocked in quick succession with the home side’s best chance coming from a glancing header that flew narrowly wide from Maclaren.

Tensions rose shortly after the half-hour mark when a strong challenge from behind by Alex Grant earned the ire of his opponents as well as referee Chris Beath. The Glory defender was given a caution as was Roar defender Daniel Bowles in the aftermath.

Brisbane dominated the majority of the second period but were unable to find the net as the Glory defended strongly, constantly getting numbers behind the ball.

The introduction of Thomas Broich on 60 minutes brought great applause from the 3,028 strong crowd at Ballymore. The German maestro showed his class, creating a number of attacking opportunities and causing problems for Glory defender Josh Risdon. 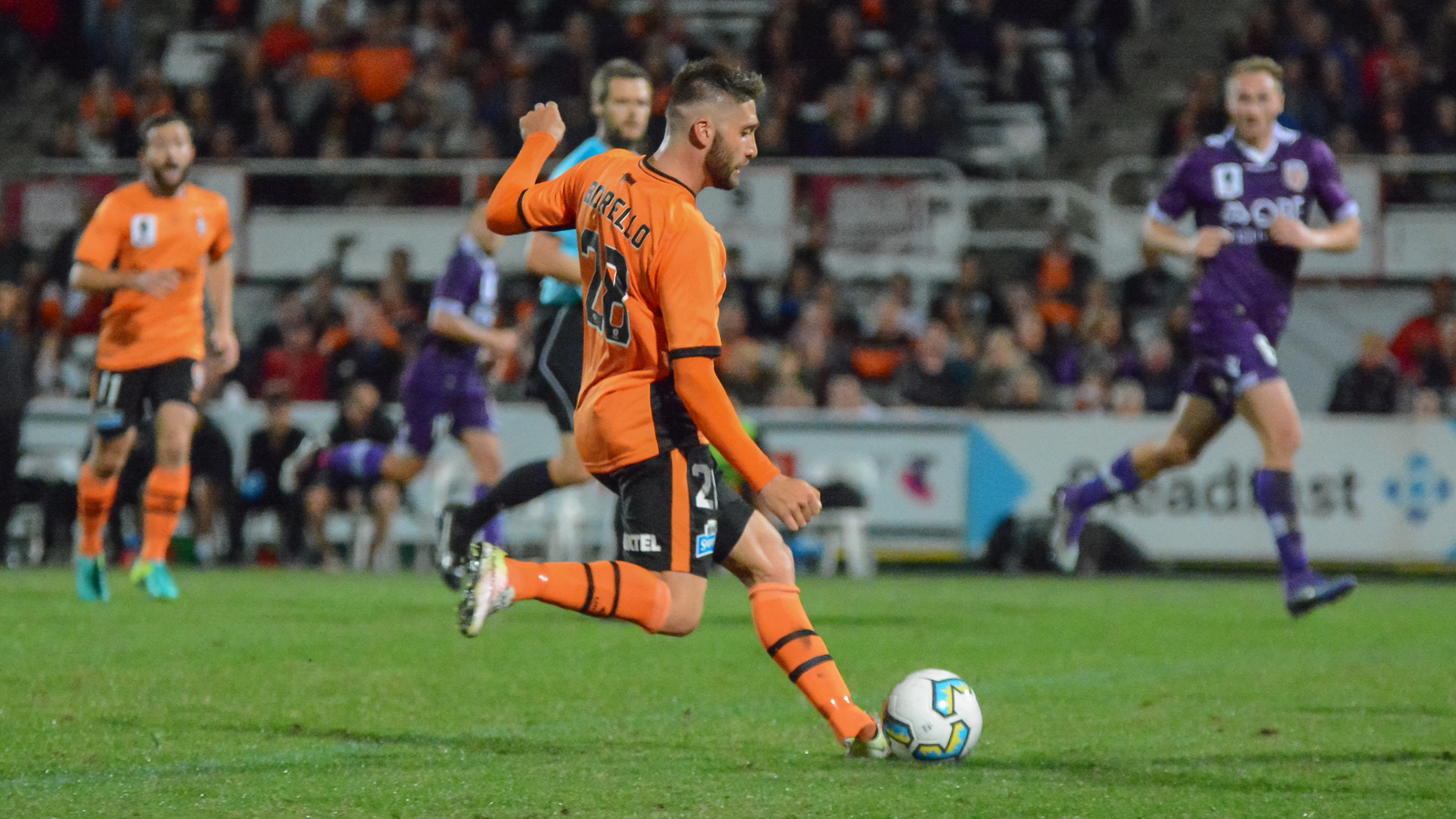 The Roar finished the match well on top and created a number of chances in the final 10 minutes, but were unable to break down the Glory defence.

Young gun Brandon Borrello (above) continued his impressive form from the 2015/16 Hyundai A-League season, utilising his incredible ground speed to make a number of dangerous runs.

Young Roar midfielder Nathan Konstandopoulos worked hard and looked lively in midfield in his senior Roar debut after replacing Jacob Pepper, who put in a strong performance in 55 minutes of play in his Brisbane Roar debut.

Brisbane will now continue their preparation for the Hyundai A-League season opener on Friday, 7 October against Melbourne Victory at Suncorp Stadium.

13’: GOAL GLORY: Nebojsa Marinkovic’s curling free kick from the right wing is placed perfectly for Djulbic to run onto to the ball and head home from point-blank range. 0-1

20’: GOAL GLORY: Marinkovic’s corner finds Rostyn Griffiths at the back post who heads down to the goal-mouth where Djulbic converts for his second goal of the game. 0-2

30’: YELLOW CARD GLORY: Chris Harold doesn’t return the ball correctly for a Roar free-kick and earns himself a caution.

33’: YELLOW CARD ROAR: Corey Brown slips as he comes across to cover in defence and inadvertently handles the ball which earns the Roar fullback a yellow card.

36’: YELLOW CARD GLORY: A strong challenge from behind on Dimi Petratos by Alex Grant earns the ire of referee Chris Beath and receives a yellow card

40’: CHANCE ROAR: A slight deflection sees the ball evade Maclaren as he prepares to shoot and Tommy Oar’s goal-bound follow up is blocked

43’: YELLOW CARD ROAR: Skipper Matt McKay picks up a yellow card for a strong challenge on Chris Harold on the right wing.

63’: CHANCE ROAR: Maclaren cuts across in front of Liam Reddy and lunges at the ball but can’t make any meaningful contact

79’: CHANCE GLORY: Josh Risdon breaks down the right and cuts back to Marinkovic at the top of the box who shoots and hits the post.

81’: CHANCE ROAR: A Roar cross makes its way to Broich at the back post who takes a touch and picks out Maclaren inside the six-yard box, but the striker can’t find the target with a first-time strike. 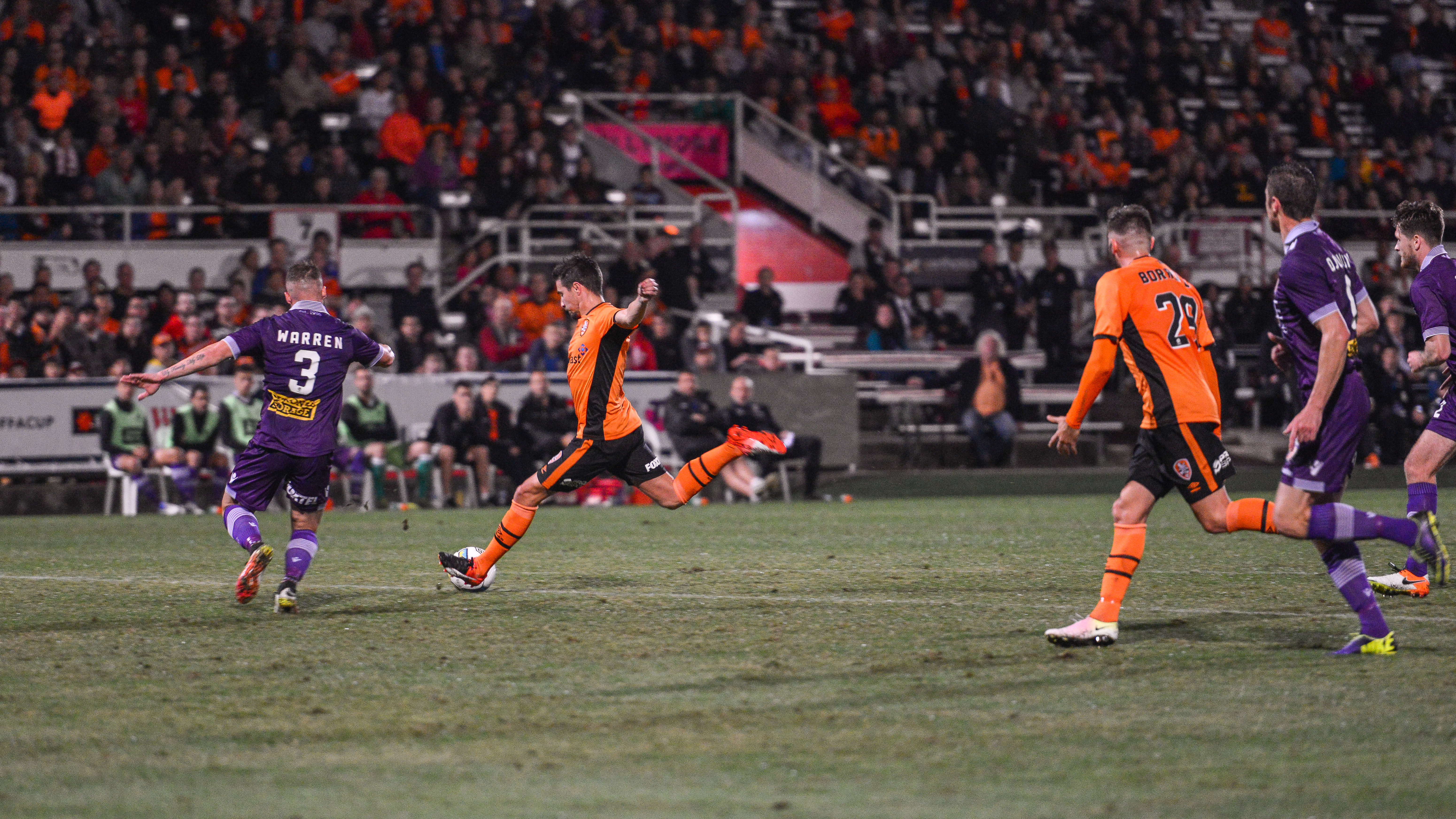 Nathan Konstandopoulos and Jacob Pepper both made their senior Brisbane Roar debuts, playing their part in midfield, controlling play and providing promise for the future.

Brisbane Roar Head Coach JOHN ALOISI: “The second half was very good. I thought we completely dominated and we opened them up, we probably just lacked putting the ball in the back of the net.

“I was really happy. It’s always hard at the beginning of the season being the side that wants to dominate the play.

“They scored at two set pieces and didn’t really threaten us in any other way. Aside from the result, I was really pleased with the performance, especially in the second half.

“With a little more composure in the final third we might have scored three or four. We opened up a team that is pretty well structured defensively.

“Where we were at last season, this time we’re way ahead.

“We want to win every game and we’re disappointed about the result  but our main aim is to ensure that the boys don’t go through pre-season with injuries and get them right for the season and the opener against Melbourne Victory.”

The Roar will be hosted by Sydney FC in a behind-closed-doors friendly at Robina’s CBUS Super Stadium on Saturday, 20 August. 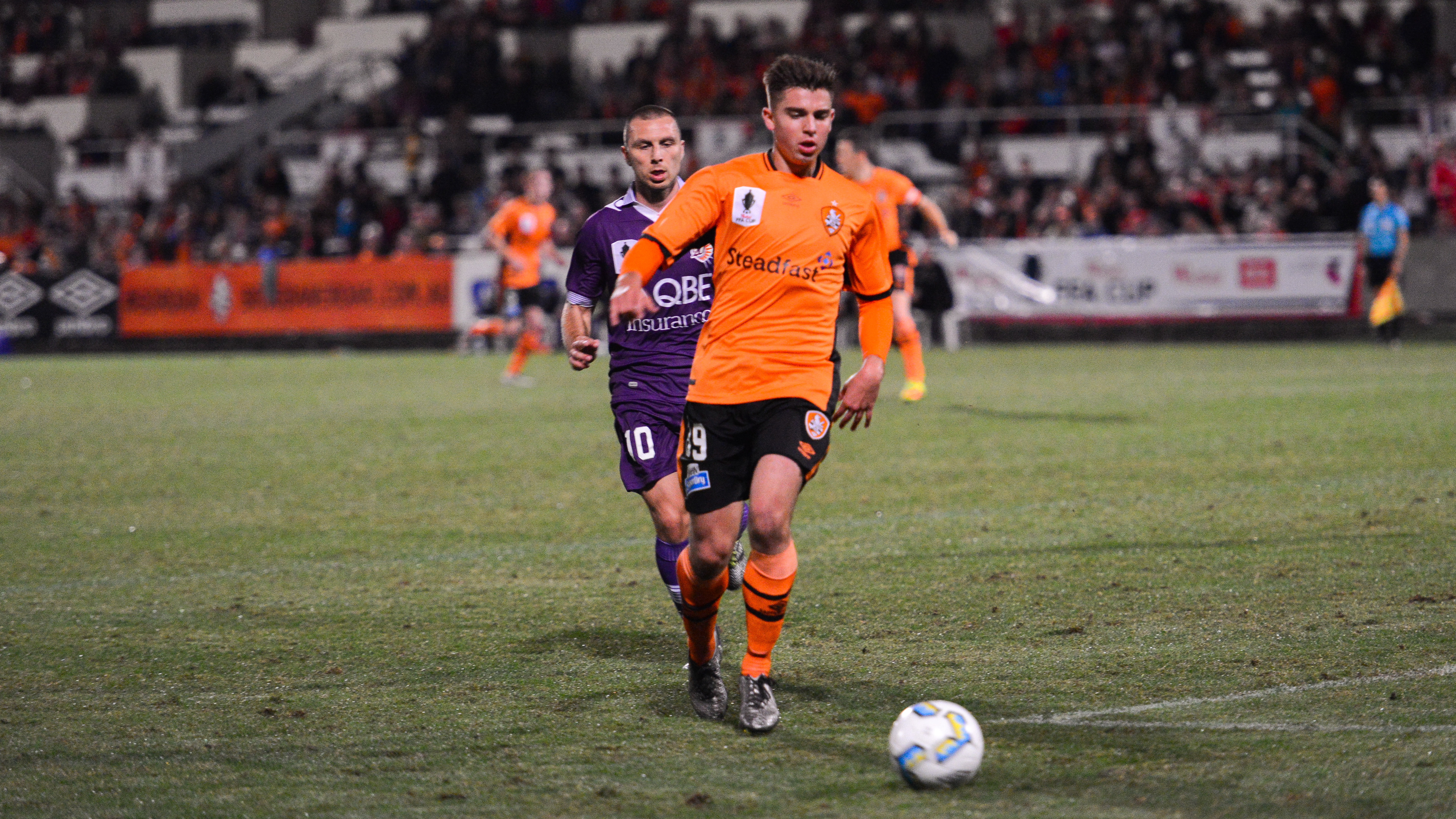