Brisbane Roar have emerged 3-2 victors in a come-from-behind blockbuster against Western Sydney Wanderers in their Hyundai A-League Round 22 fixture at Suncorp Stadium on Friday night (4 March).

The home side displayed incredible determination late in the match to overturn a deficit, scoring twice in the last 12 minutes to secure a vital three points.

Brisbane Roar Head Coach John Aloisi praised his side afterthey refused to drop their heads when they went behind with 16 minutes remaining.

“It was tough but the boys showed their character,” Aloisi said.

“Not many teams when they go 2-1 down against the Wanderers after two losses will come out and do what our boys did.”

To secure your seats at that match, click here

“Let’s hope next week we get a big crowd against Melbourne Victory because it’s going to be another great game,” Aloisi said.

“Next week’s going to be the biggest game of the season.” 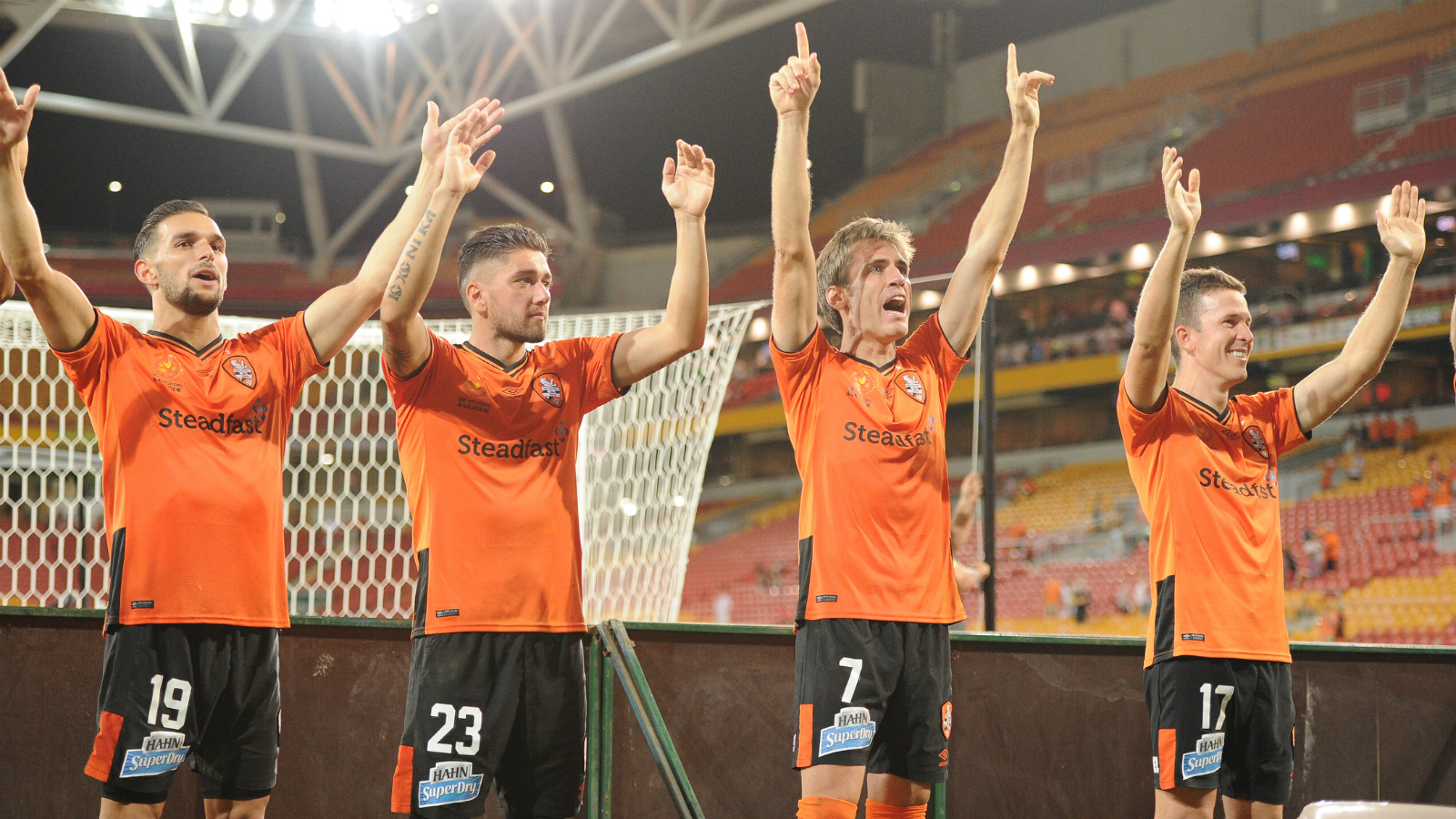 Striker Jamie Maclaren gave the Roar a dream start when he tapped in Jack Hingert’s cross from point-blank range after five minutes.

The second half provided few clear-cut chances and the match appeared destined to finish 1-0 to Brisbane before being shot into life with four goals in 10 minutes.

Andreu equalised for the Wanderers, converting a penalty after substitute Brendon Santalb was fouled in the area by Roar keeper Michael Theo, before Romeo Castelen finished a terrific solo-effort just four minutes later. 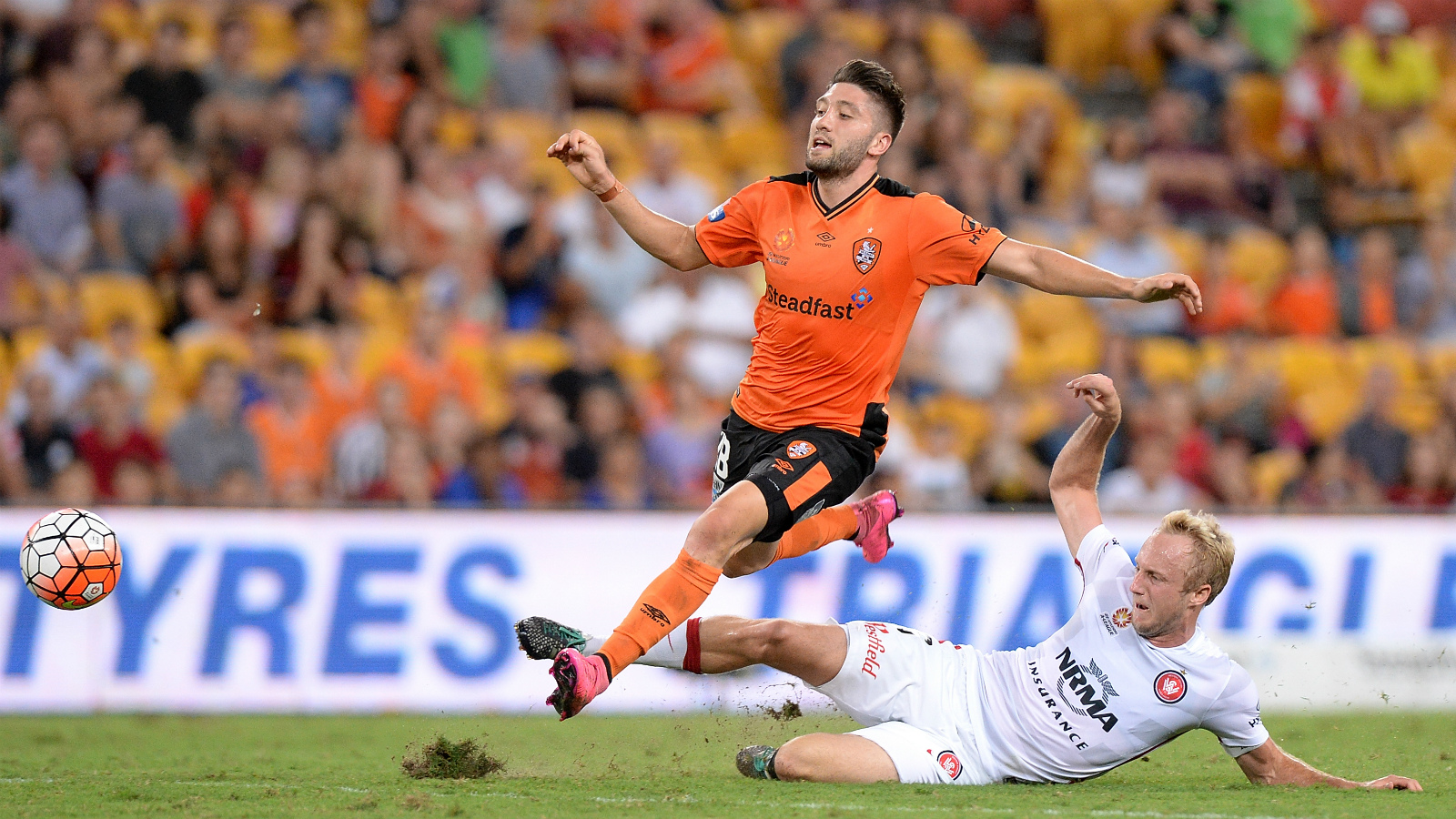 The Sydney side’s lead was short-lived as Maclaren latched on to a devilish cross from Corona just moments later to once again even the match.

Dimitri Petratros completed the stunning turnaround and fired the home side into the lead in the 83rd minute, finishing first-time following a through ball in behind the Wanderers’ defence from Henrique. 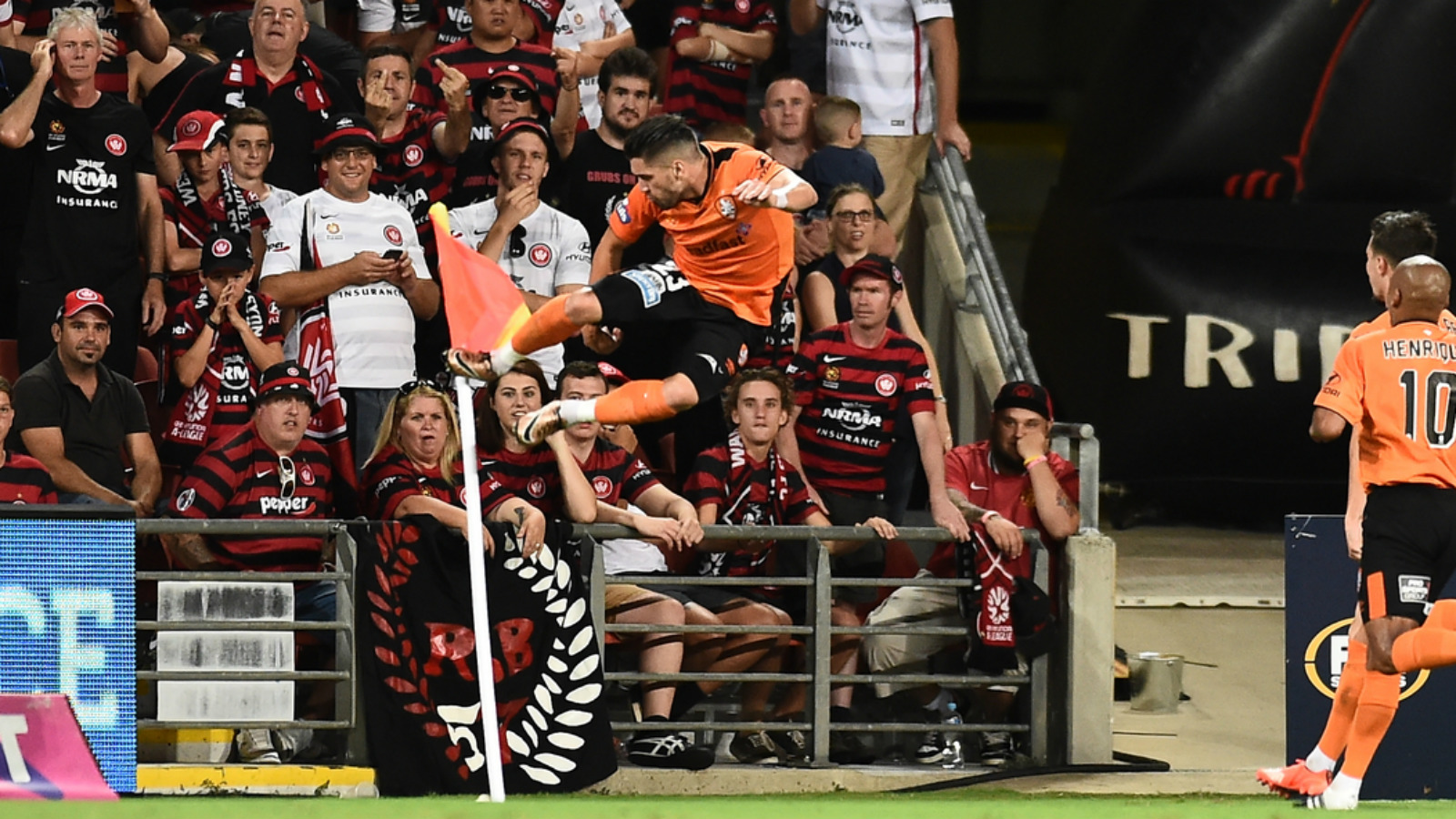 5’: Jack Hingert makes an overlapping run down the right side of the area and collects from Dimi Petratos. The full-back attacks the by-line and plays a low ball across the face which is met by Jamie Maclaren who taps in from 3m at the near post. 1-0.

74’: Brendon Santalab breaks into the box and beats Michael Theo to the ball who brings down the Wanderers striker and receives a yellow card. Andreu powerfully converts the penalty just past Theo’s outstretched leg. 1-1.

78’: Romeo Castelen collects a pass on the edge of the area. The striker then heads dribbles towards goal and beats three Roar defenders before finishing from inside the six-yard area. 1-2.

81’: Corona collects a ball from Brandon Borrello on the right corner of the area before playing curling a dangerous cross to Jamie Maclaren who side-foots past Liam Reddy at the top of the six-yard box. 2-2

83’: Henrique intercepts Dimas’ pass in midfield and runs into open space towards goals before playing a through ball in behind the defence for Dimi Petratos. The midfielder coolly finishes past Liam Reddy with his first touch. 3-2.

Despite conceding two quicks goals and falling behind, the Roar’s ability to re-group and complete a stunning turnaround with two goals in quick succession showed that there is determination and belief within the squad. 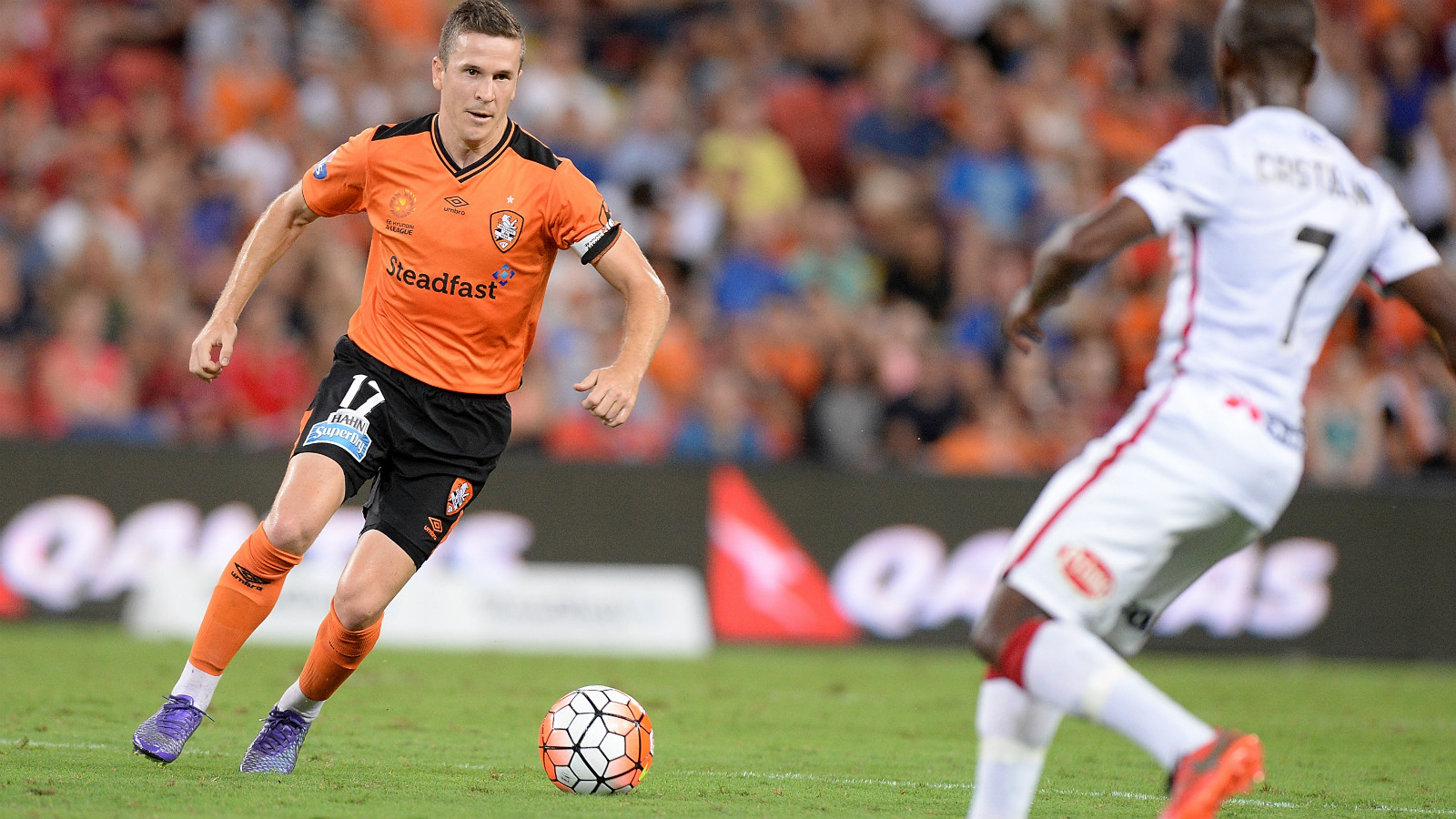 Brisbane Roar Head Coach JOHN ALOISI: “We expected a good game of football, both sides play a good style and try and win the game, it was always going to be even.

“To come back and win from 2-1 down, that just shows their strength of character. They’re winners, people doubt them but we don’t.

“We never stop. We always have to keep going. We’ll create opportunities against any opposition especially with the players we’ve got going forward.

“We knew we weren’t out of it even being disappointed being 2-1 down with 12 minutes to go and the boys showed it that they’ve got belief in what they’re doing.

“They know that they’ve had to stick together through a lot of tough times. When your down 2-1 with 12 minutes to go that’s when the bond comes through and they showed that they are a group that wants to do well together and for each other

“All these games coming up now especially at home we want our supporters to support us like they did tonight, that helps us get over the line.”

Brisbane Roar striker JAMIE MACLAREN: “To come back from 2-1 down shows the character we’ve got in the dressing room. It’s great to get the three points.

“We’ve still got a tough five games to go but it’s definitely a good three points to catch Wanderers at the top and hopefully we can stay there.”

Western Sydney Wanderers Head Coach TONY POPOVIC: “I was very pleased with everyone and that’s why I’m so disappointed for the group.

“It’ll hurt tonight and tomorrow. We’ll pick ourselves up tomorrow and try take out the errors we can control.

“I don’t think that performance will hurt anyone, it’ll only galvanise us.

“We had it in our hands, we had the three points and didn’t finish the job.”

The Roar return to Suncorp Stadium to face fellow final contenders Melbourne Victory on Saturday 12 February (6:30pm KO) in the second of three big home games in Brisbane. To book your seats at the match click here 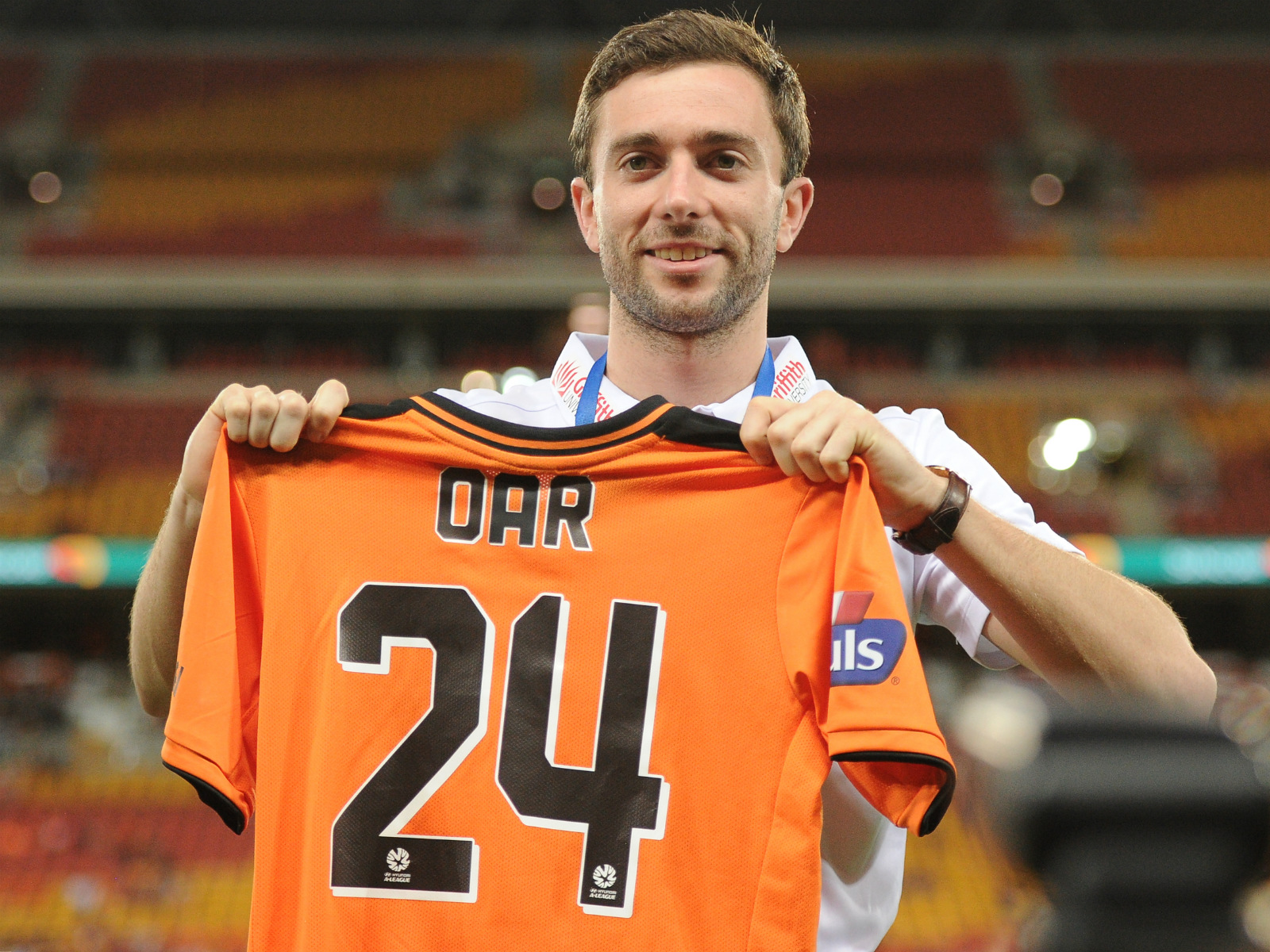