Brisbane Roar have recorded their first win of the Hyundai A-League 2016/17 season, securing an important three points away from home against Central Coast Mariners.

Thomas Kristensen’s first Hyundai A-League goal was the difference between the two sides in a gutsy performance from the boys in orange.

Brett Holman (below) worked hard across the entire pitch as well as creating a number of chances and was named NAB Man of the Match.

“It was a tough week for us and to back it up in our second week on the road was a gutsy performance,” Holman said.

“We should have put the game away in the second half as we had a number of great chances.

“1-nil up is always scary but thankfully we got through it.” 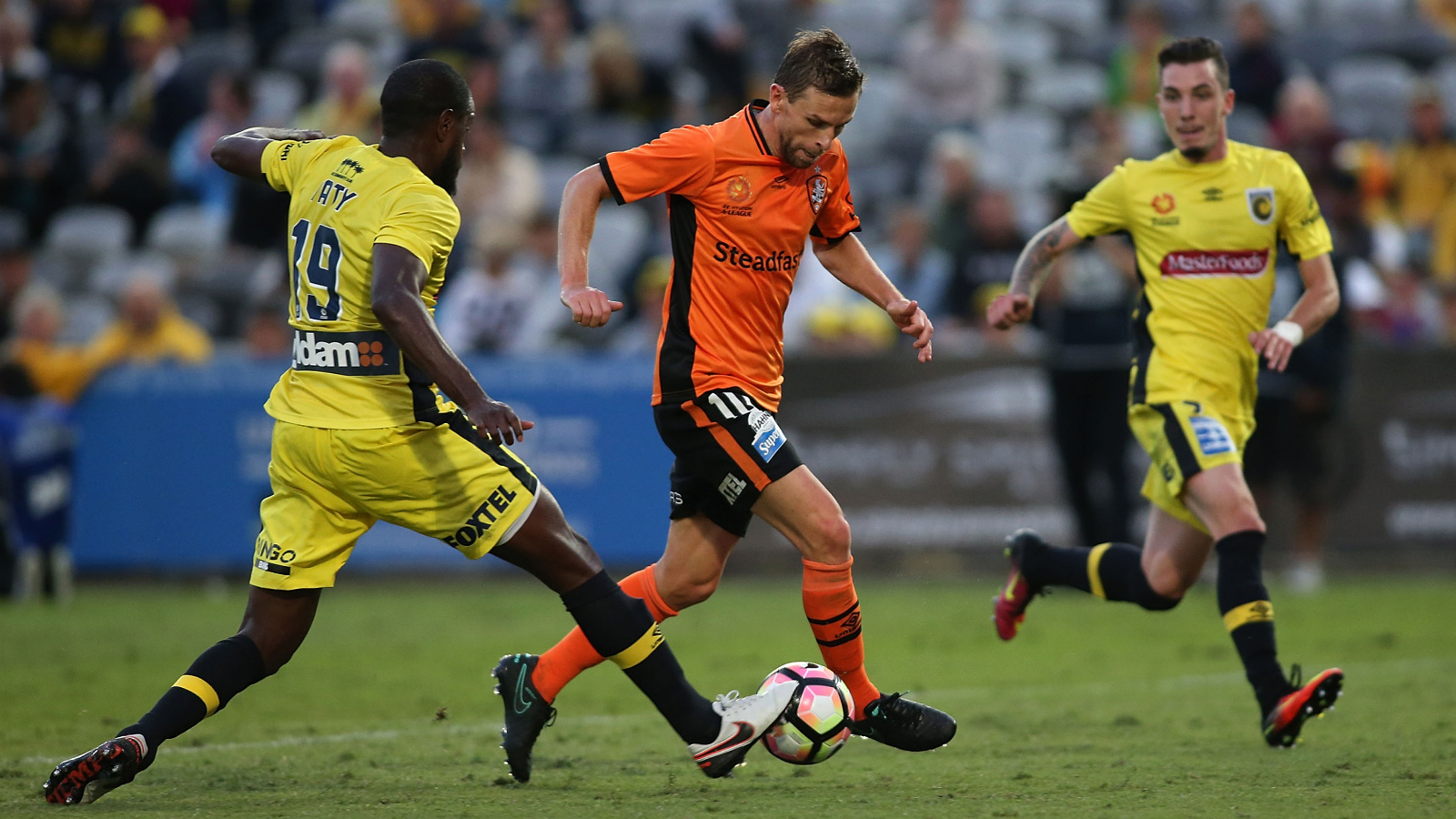 Head Coach John Aloisi made two changes to last weekend’s side with captain Matt McKay returning from suspension as well as elevating Thomas Broich to the starting lineup.

Thomas Kristensen opened the scoring shortly after the half-hour mark. A scramble in the area following a blocked shot from Tommy Oar saw the ball fall to Kristensen’s feet on the edge of the area before firing home for his first Brisbane Roar goal.

It was a deserved finish from the Danish international in his third Hyundai A-League game, as the Roar created a number of good opportunities in the first period.

The opening goal provided an added spark for the Roar who controlled play for the remainder of the first half.

Jamie Maclaren was a constant threat for the Mariners defence throughout the match, making a number of well-timed runs and creating numerous chances. 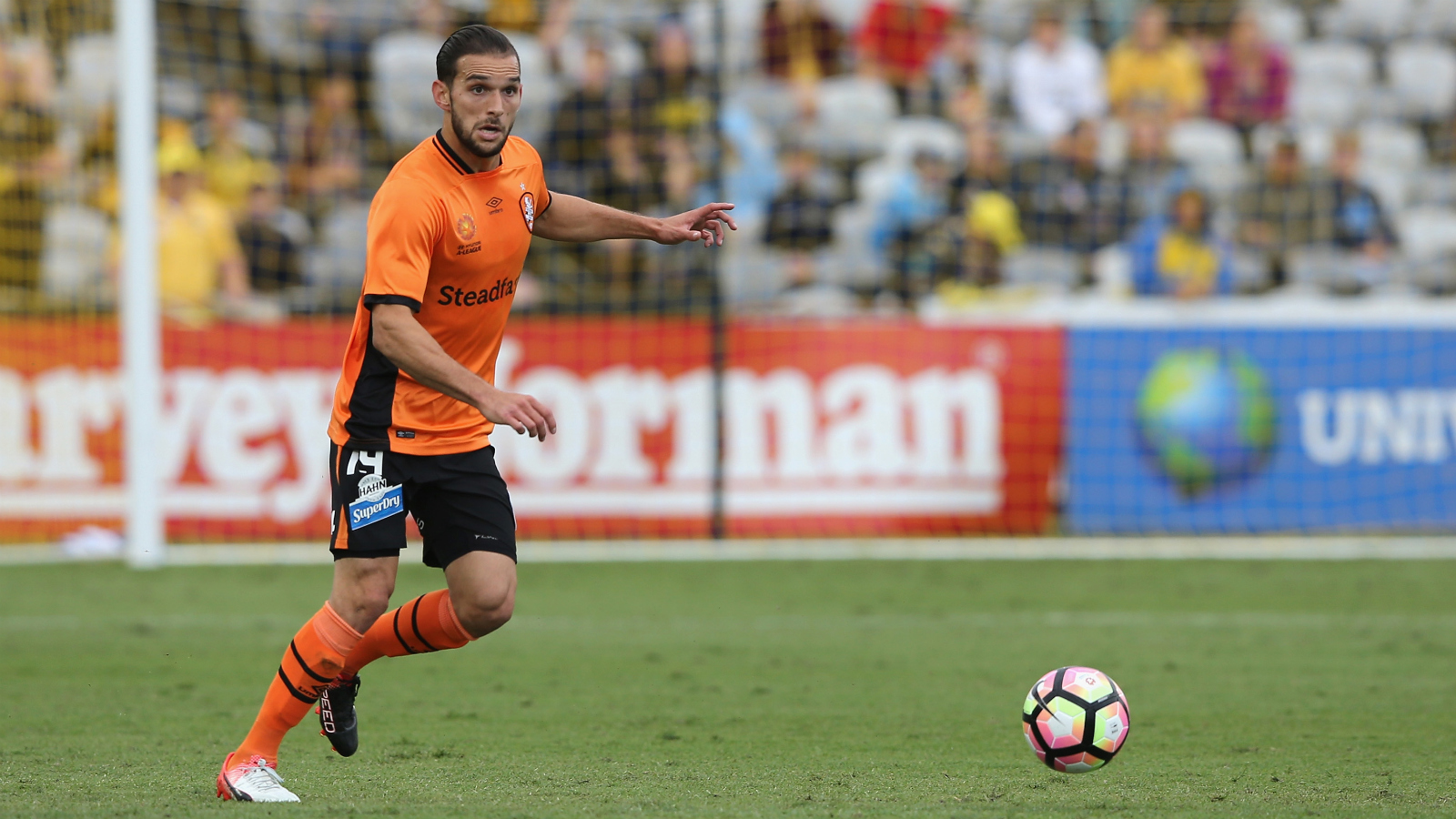 The striker came within a coat of paint of doubling the visitors’ advantage after an inch-perfect cross from Thomas Broich found the striker whose glancing shot smacked into the crossbar and behind for a goal kick.

Minutes later Maclaren forced a strong save from Izzo from close range after cleverly creating space before again calling Izzo into action late in the piece.

Fullback Jack Hingert (above) made a vital clearance on the hour mark after goalkeeper Michael Theo was forced to come off his line to thwart a Mariners’ attack but unable to sufficiently clear the danger.

After taking a first-half lead, the Roar’s back four defied fatigue and a determined Central Coast attack to grind out the side’s first clean sheet of the 2016-17 season and a vital three points.

Young striker Joey Katebian made his first Hyundai A-League appearance for the Brisbane Roar replacing Maclaren late in the second half and had a couple of attempts at goal.

33′: Deadly cross into the area by Jack Hingert can’t find Jamie Maclaren before falling to Tommy Oar whose shot is blocked and following a scramble, the ball falls to Thomas Kristensen who buries his first goal for Brisbane Roar. 1-0 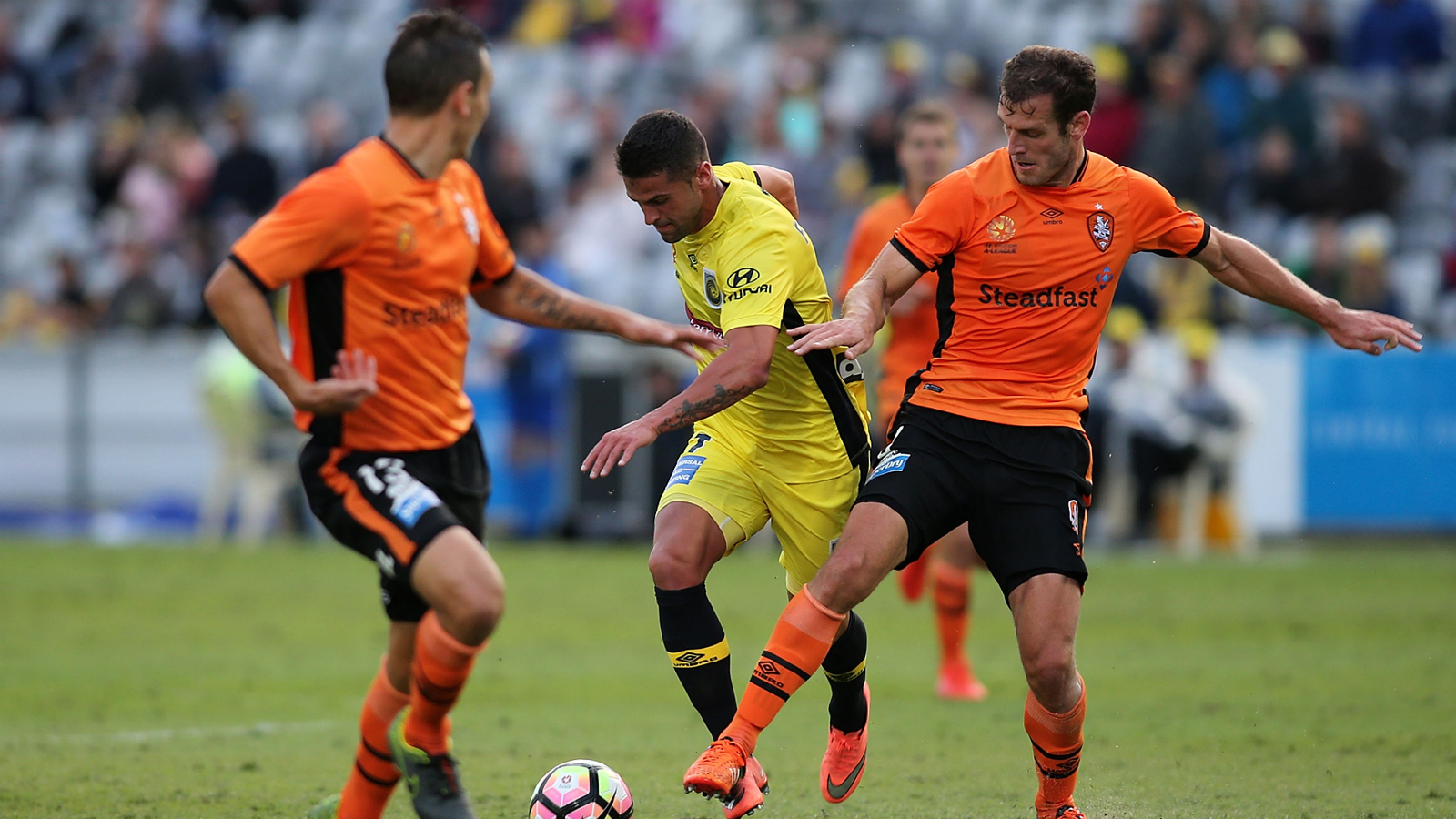