Brisbane Roar have completed an astonishing turnaround to defeat Melbourne Victory 2-1 in their Hyundai A-League Elimination Final at Suncorp Stadium on Friday night.

Brisbane Head Coach John Aloisi is confident his side has what it takes to beat the Wanderers and secure their spot in the Hyundai A-League Grand Final.

“I think that we’ve showed all season that we can beat anyone and play good football,” Aloisi said.

“We’ve played two good games down at Pirtek [Stadium] and we match up really well against the [Western Sydney] Wanderers.

“We’re confident against the Wanderers we can put in a good performance again and hopefully get the win we want.” 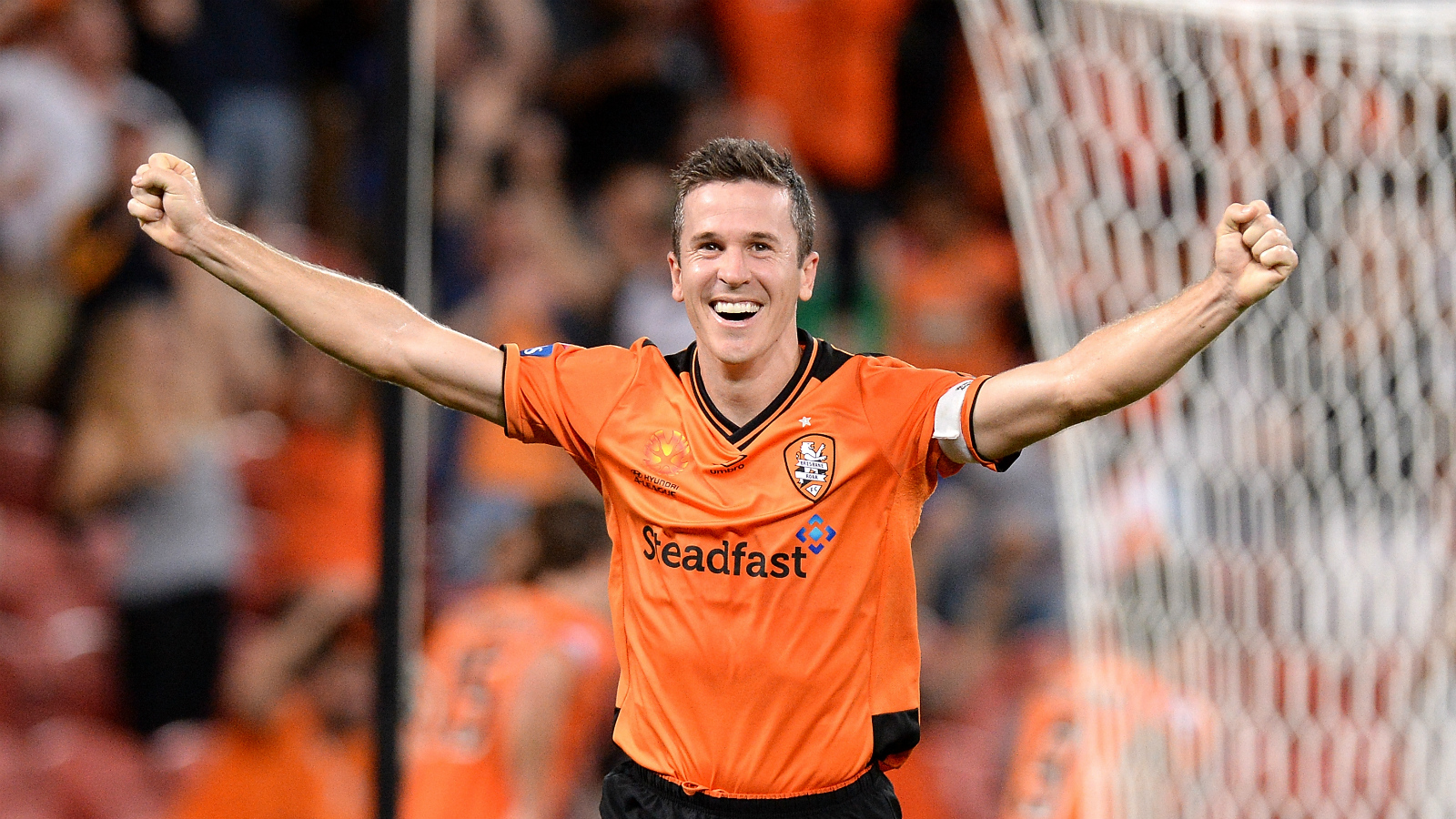 An Elimination Final at Suncorp Stadium that featured few defining moments suddenly sprung to life in the 83rd minute when Victory defender Jason Geria was dismissed after picking up two yellow cards in five minutes.

The match appeared destined for extra-time until former Brisbane striker Besart Berisha’s 86th minute strike looked to have won the match for the visitors.

Less than two minutes after falling behind, Brisbane captain Matt McKay (above)  equalised from close-range before Thomas Broich sent the Brisbane faithful into ruptures deep into second-half stoppage time as he headed in the winner for the home side.

The strike was only Broich’s second goal of the season, but it was arguably the most important of the Roar’s campaign as it sees the side advance to within one game of a Grand Final berth.

Aloisi said he never doubted his side’s ability to turn the match around in the dying stages.

“No matter what happens in a football game, we go right to the end and the boys did and that’s because of the belief they’ve got not in the way they play but in each other,” Aloisi said.

“It’s the spirit of the club, the character of the players. They’ve showed this season that they never give up.” 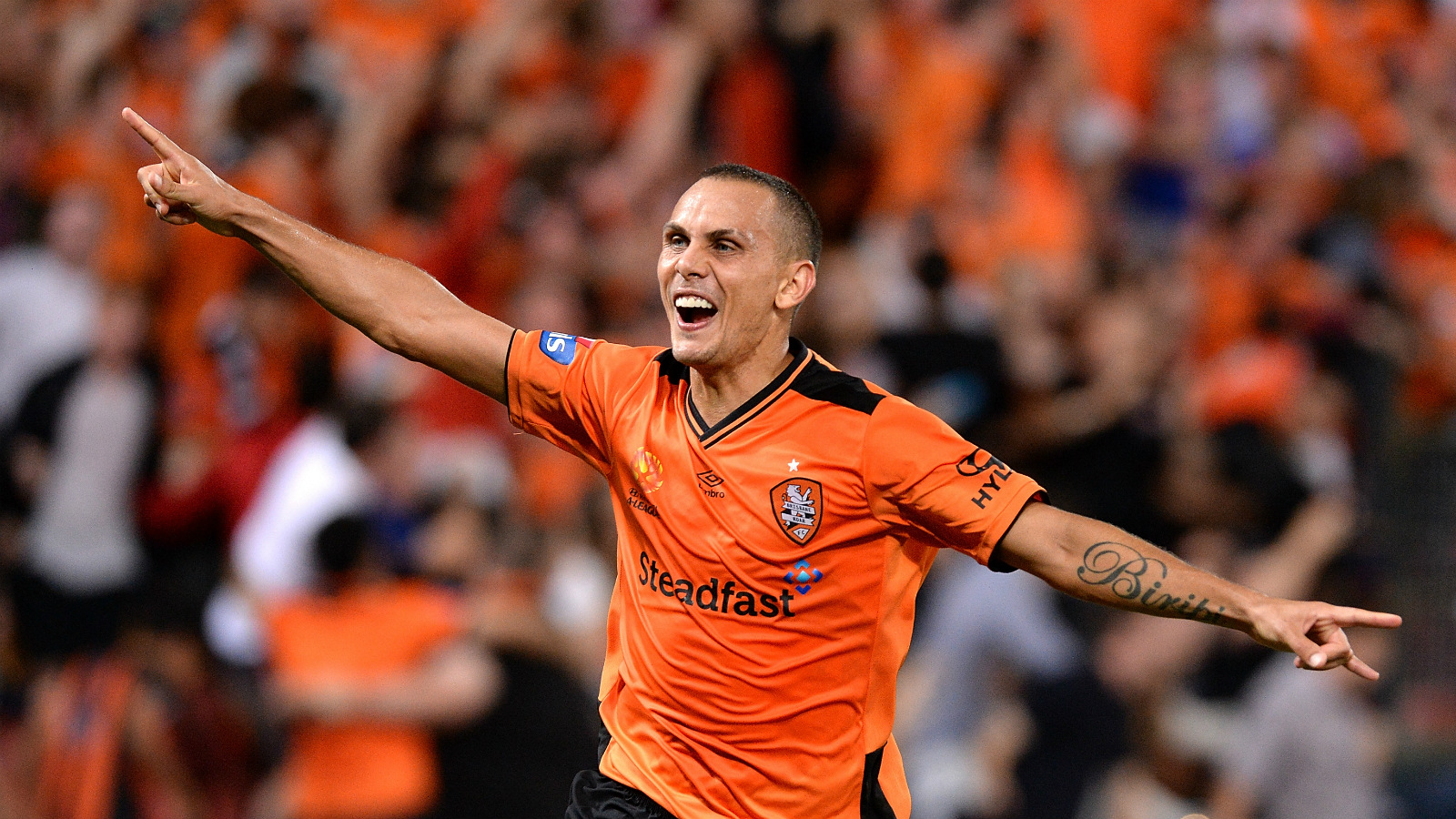 The Victory dominated the opening half and should have opened the scoring earlier.

The visitors controlled the first 45 minutes and large periods of the second half, maintaining possession deep inside Brisbane territory and placing the Roar on the back foot for most of the match.

Victory winger Fahid Ben Khalfallah missed a golden opportunity in the 63rd minute when he skewed his side-footed volley wide from less than 10 metres out. 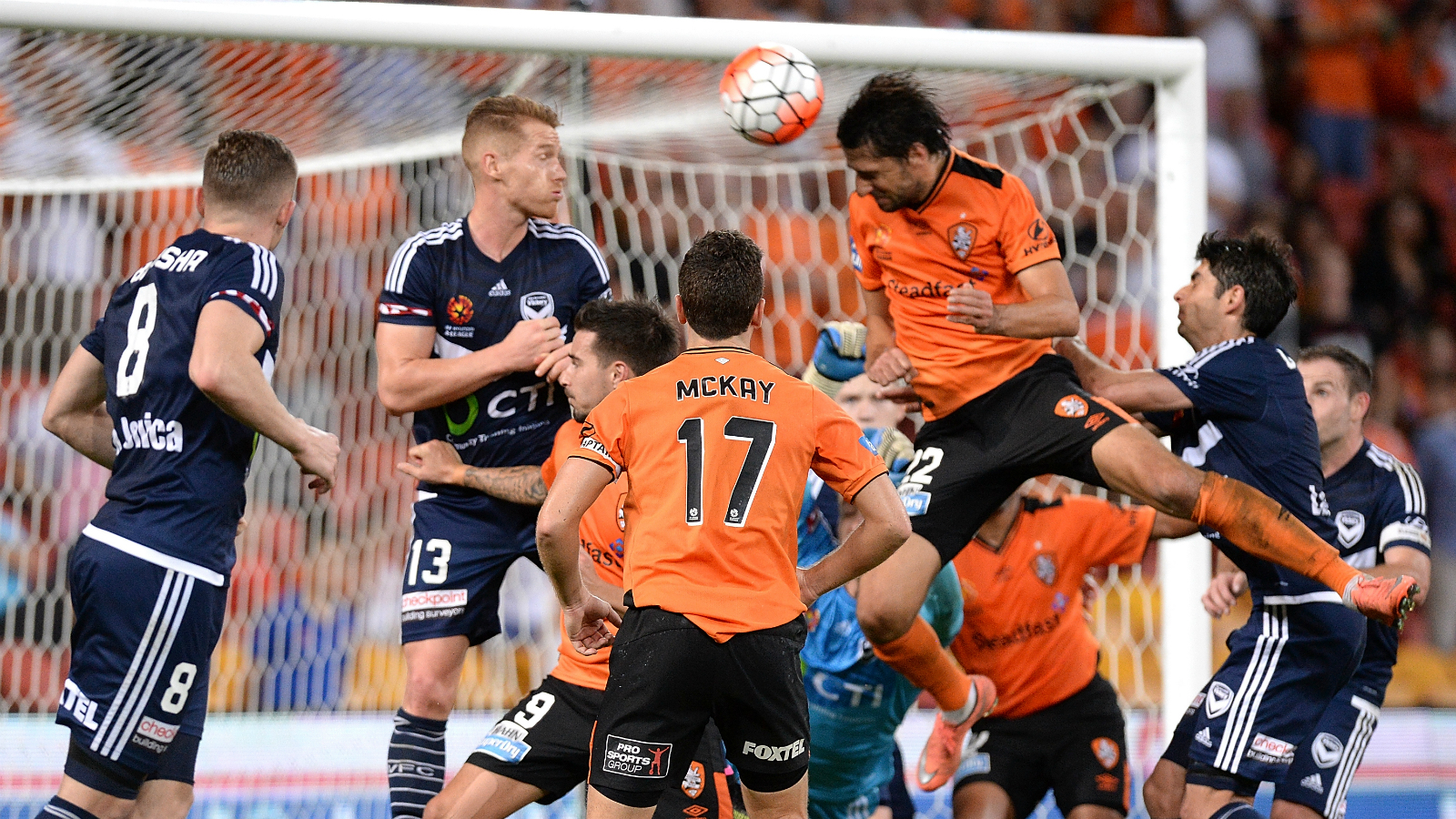 86’: Barbarouses slides a corner to the top of the six-yard area and the ball finds its way to the ground and the feet of Berisha who fires the visitors into the lead. 0-1

88’: Almost immediately from the restart, Petratos plays a low-ball into the six-yard area and McKay beats Delpierre to the punch before finishing with the outside of his boot across Thomas. 1-1

90+3’: Corona’s corner is exquisitely placed inside the six-yard area. Thomas comes out but can’t clear before Thomas Broich thunders home a header from point-blank range. 2-1

The Roar left it to the last minute yet again. Berisha’s late strike looked to set to see the Roar eliminated before two of Brisbane’s most experienced players in Matt McKay and Thomas Broich turned the tide and secured the win for the home side. 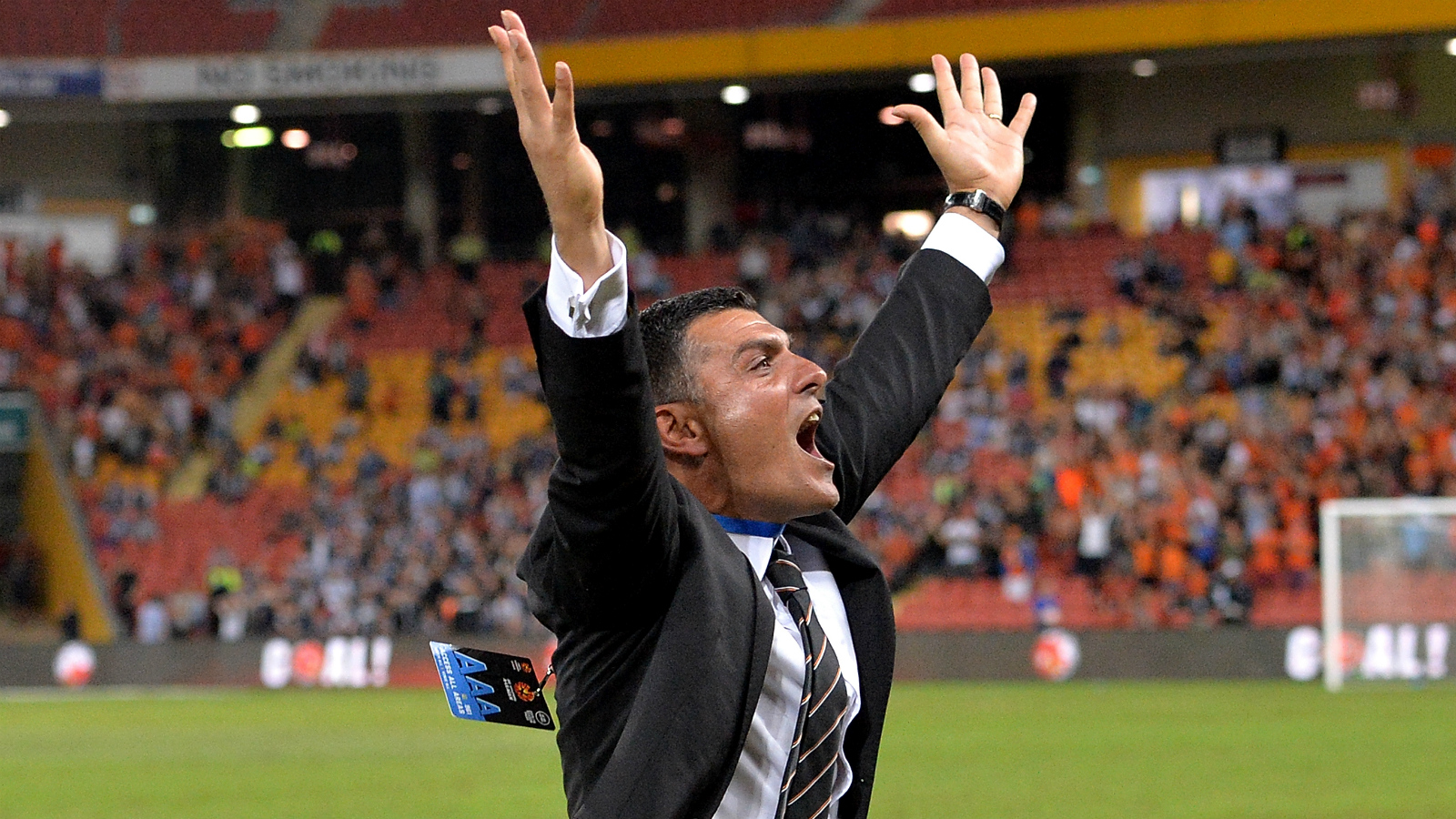 Brisbane Roar Head Coach JOHN ALOISI :  “To do it again like that it was brilliant for the fans, it would have been disappointing to go out in the first week of the finals after the season we’ve had.

“We’ve played some great football especially here at home, we’ve scored a lot of goals and we’ve been entertaining.

“We always believe that we can win. The message at half time was to relax because we looked a bit  nervy.

“In the second half when we started to get in the game then we showed what we can do and how we can play. 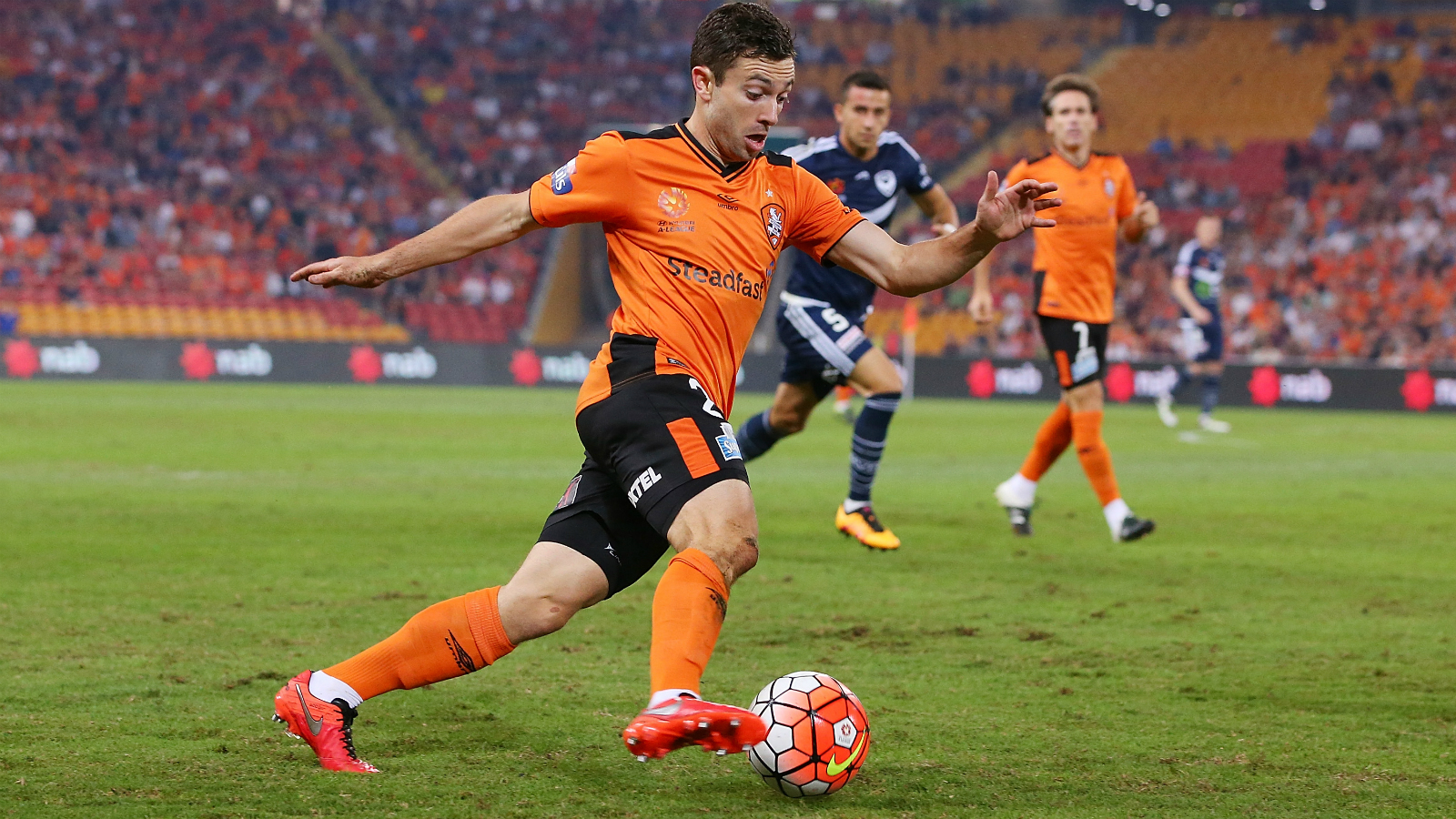 “It was an off night, the first half. We won’t have two in a row. The best teams in the world can’t play well all season but we found the way to win.

“Tonight was about winning. Last week we deserved to win, we played well but we didn’t. Tonight we found a way to win and that was important.”

Melbourne Victory Head Coach KEVIN MUSCAT : “I’m shattered for the group because I don’t think I need to convince you that we didn’t deserve that [the defeat] tonight.

“We were very good and on the night we deserved more than we got. But it can be a cruel game sometimes and it’s certainly one of those nights tonight.” 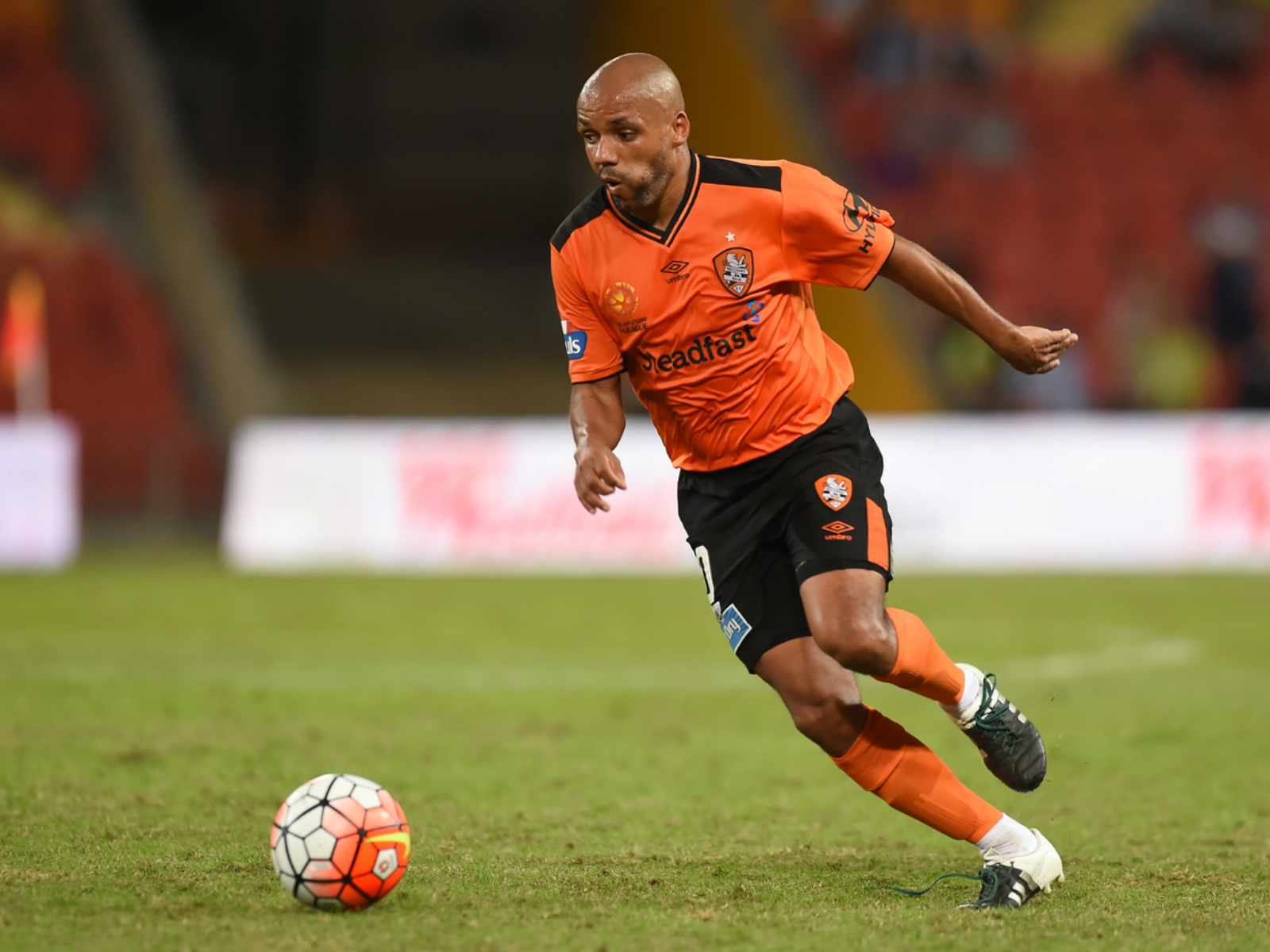