Brisbane Roar have fallen just short in their bid to win the Premier’s Plate with an agonising scoreless draw against Melbourne Victory in their Hyundai A-League 2015/16 final round match at AAMI Park tonight.

The Roar, who needed a win to deny table-topping Adelaide United the silverware, had a staggering 16 shots to two but repeated heroics from Victory keeper Lawrence Thomas denied Brisbane a winner.

John Aloisi’s side will now finish second or third (depending on Western Sydney’s final round result on Sunday) – an amazing turnaround from last season’s disappointing seventh and in the wake of the well-publicised off-field challenges at the club in the pre-season.

Brisbane dominated possession against a Victory side that featured nine changes after an away fixture in Wellington followed by a mid-week AFC Champions League tie in South Korea, but the visitors couldn’t turn the dominance into goals.

Aloisi made one change to his Starting XI from the side that took the field last weekend against Newcastle Jets – starting Socceroo Tommy Oar on the right wing in place of Brandon Borrello.

And the Roar looked to have the fire-power to get the result they needed with Oar, Jamie Maclaren and Dimitri Petratos causing problems in the Victory defence in the opening 20 minutes.

But the Victory defence was resolute – and at times lucky – and as the clock continued to tick away, the Roar threw everything forward in a bid to break the deadlock – the first scoreless draw ever between the two clubs.

Chances fell to several players Roar players, but their efforts went just wide or high while Thomas made several top-class saves in the final minutes that ultimately cost Brisbane a fairytale end to a tough season.

“The boys gave everything. I can’t question their commitment and their belief but it wasn’t to be and we have to congratulate Adelaide Untied for winning the Premier’s Plate,” Aloisi said. 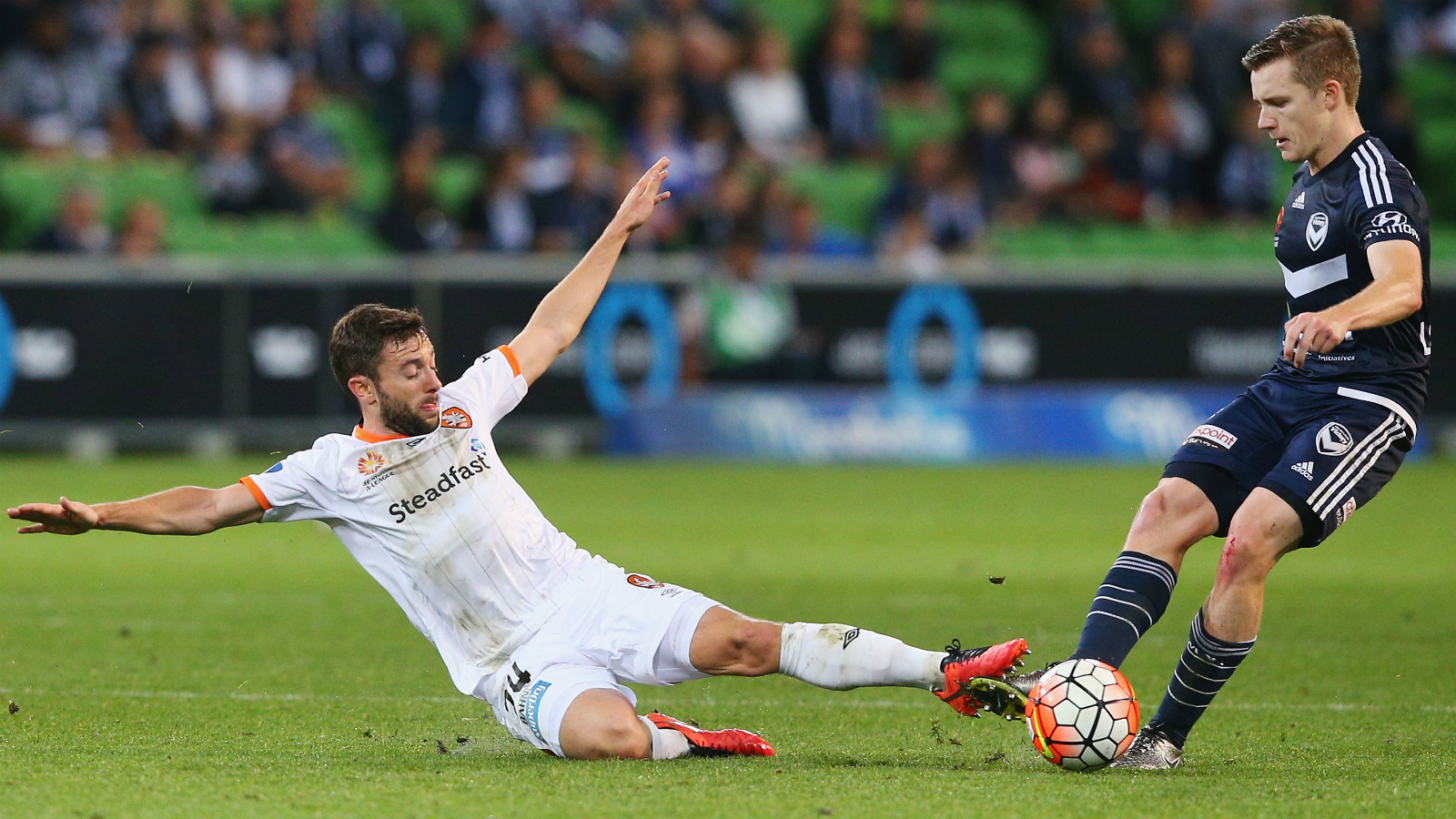 There were none and that meant Adelaide United are Premiers. But it wasn’t for trying and several Roar players had chances and half-chances that, on another night, they would have put away and sealed the silverware.

Brisbane Roar Head Coach JOHN ALOISI: “We had a lot of chances . . . it wasn’t to be . We fought all night. We took it right to the end.

“Now we have to focus our attention on the final series and hopefully we can get some silverware there.

“We just have to make sure we pick ourselves up and get ready for the finals series because there is still a lot to play for.

“We are going into the finals in pretty good form and we are confident we can give it a go and try and win something.”

Roar Captain MATT McKAY: “We had the chances we played a good game . . . I’m pretty proud of the boys’ effort, Everyone single one of us had a chance.

“We will regroup it has been a great run for us now it is finals anything can happen. We’ve really enjoyed the season so far, so to make the finals is a good run for us.

“Whatever happens we will get a home final and we are good at Suncorp (Stadium) and we will look forward to that one.”

Victory keeper LAWRENCE THOMAS: “Brisbane had the better of the chances but (the Victory players) dug in and worked hard.” 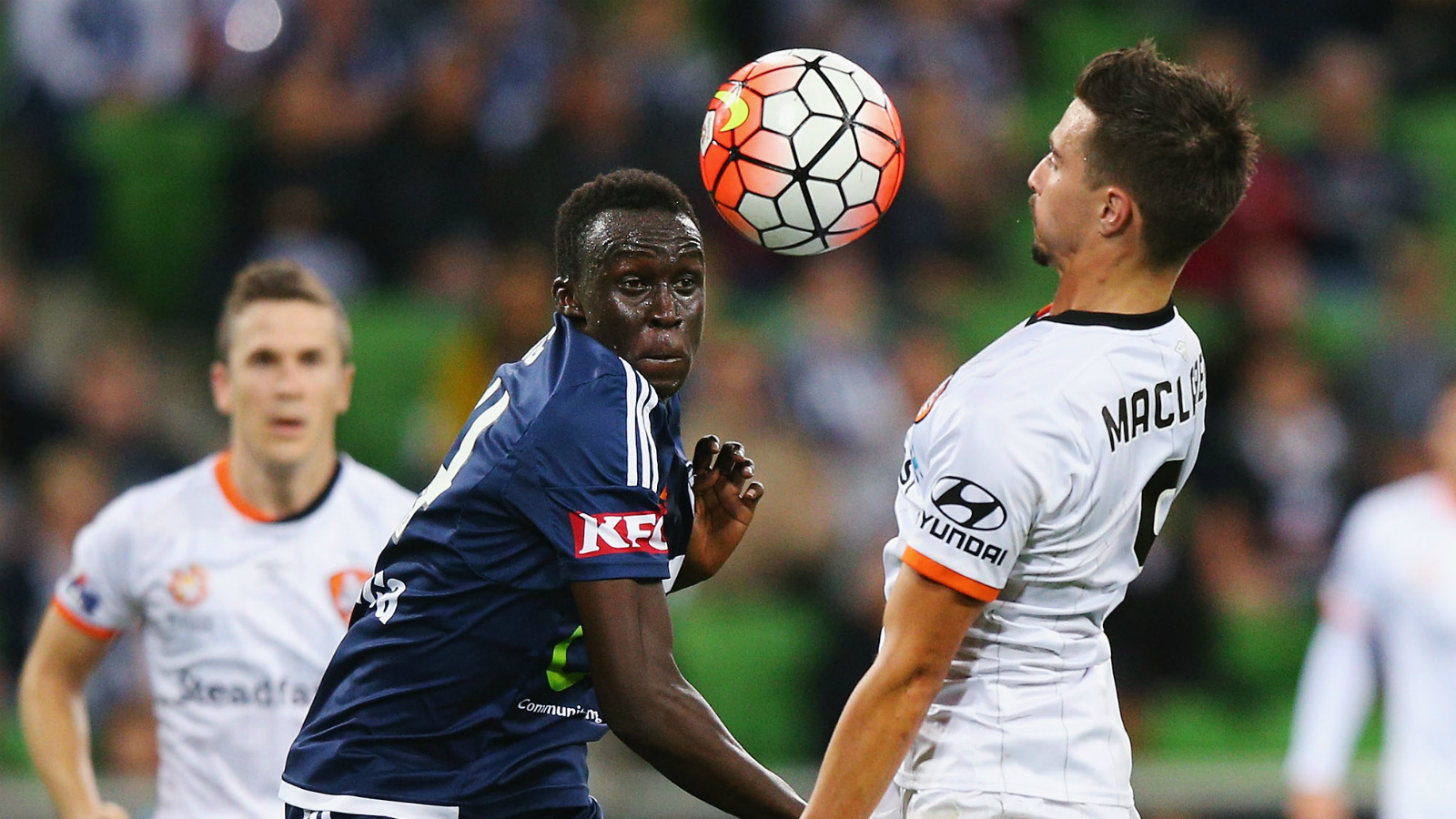 The Roar had 16 shots to the Victory’s two and missed two clear-cut chances, three minutes in and with two minutes to go. The win was for the taking but we were just not quite there tonight.

The result of Sunday’s match between Wellington Phoenix and Western Sydney Wanderers will decide whether the Roar finish second or third, have a week off then a home semi-final – or play a home preliminary final next weekend. 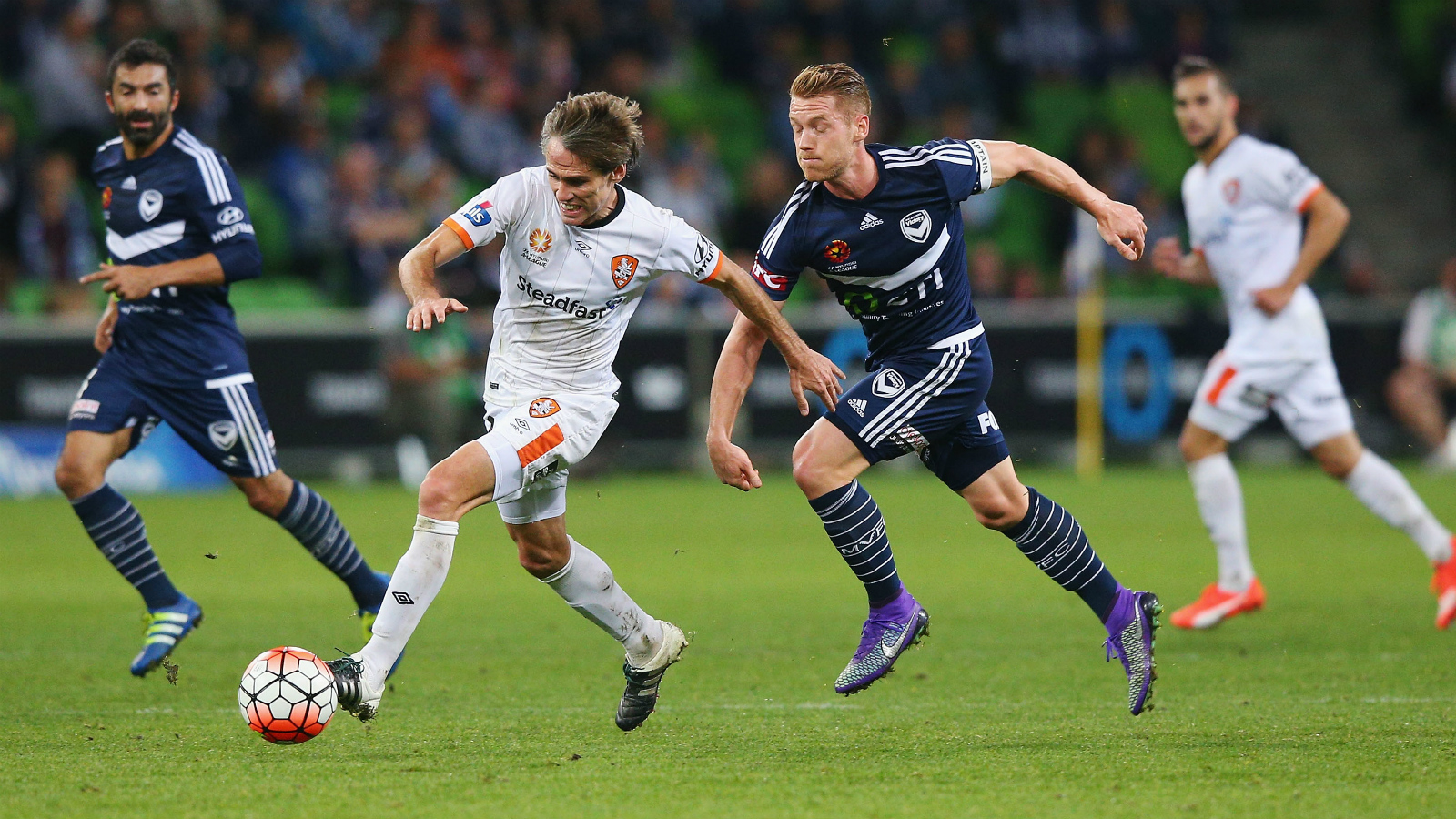