A point on the road is always welcome but Brisbane believe they can win every game and this was a match where the Roar had the chances to secure all three points.

With a strong breeze in their backs, the Roar started strongly in their Round 8 Hyundai A-League away match against Newcastle Jets with Thomas Broich and Jamie Maclaren delivering strong shots early that underlined the visitors’ intention to attack.

The match ended 1-1 with the Roar taking the lead early in the second half but conceded an equaliser 19 minutes later.

The Jets had the first real chance to score in the 13th minute when a powerful shot from 20m by David Carney rattled the Roar woodwork.

It ricocheted back into play but bounced high and Broich couldn’t keep his off-balance shot on target.

Despite dominating possession, the visitors were lucky not to go into the break a goal down.

Jets youngster Braedyn Crowley, a North Queensland product, scooped a far-post effort onto the woodwork from 1.5 metres when an open goal beckoned.

The second half was entertaining with a series of attacks and counter-attacks.

The Roar introduced Henrique, Javier Hervas and Steven Lustica off the bench. Despite dominating the latter stages, and creating good chances for The Slippery Fish and Spaniard Hervas to score, Brisbane couldn’t find the net for a winner.

Brisbane piled on the pressure in the final minutes and forced free kicks and corners but the home defence stayed tight and the Roar were forced to settle for a 1-1 draw. 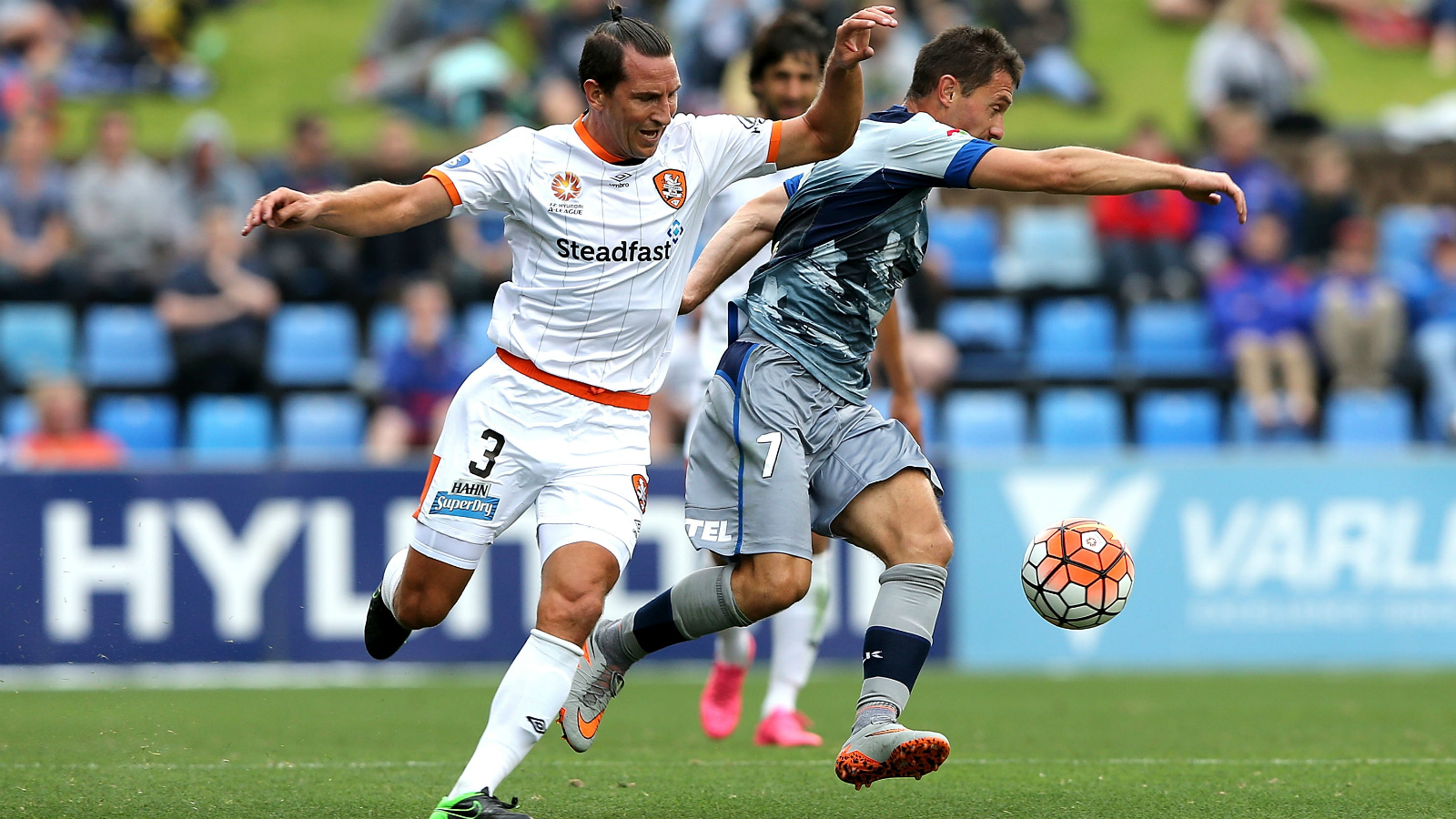 52′ : Brandon Borrello made a strong run from the centre circle into the middle of the Jets defence. He played a nice ball to the right where Jamie Maclaren found space. Maclaren controlled well and cut back to open up the goalmouth and curled a nice left-foot shot into the far side of the goal. 0-1

71′ : A David Carney corner from the left swung awkwardly in the strong breeze. The Roar defence let it bounce and were suddenly in trouble. Jets substitute Ryan Kitto played a short pass to defender Ben Kantarovksi who poked in a shot at the near-post. 1-1

Roar goal-scorer Jamie Maclaren: “I thought we were the better side in the second half. I had a chance and probably could have scored two but that’s football. We will go back and (prepare for) another away game next week (against Western Sydney).

“It was hard to break them (Newcastle) down. We created enough chances to win the game and (a draw) is pretty disappointing.”

Television commentators speculated on whether Daniel Bowles deserved a second yellow card for stopping Jets dangerman Leonard in the 77th minute but how about his superb tackle on the same player to snuff out an 80th minute counter attack by Newcastle?

It was one of the tackles of the season and underlined how much progress Bowles has made this season under Head Coach John Aloisi.

The Roar travel to Sydney next Saturday to play Western Sydney Wanderers (6.30pm KO Qld time). After that is the much-anticipated visit to Cairns on Saturday, 12 December where the Roarplay Wellington Phoenix (4.15pm KO Qld time). 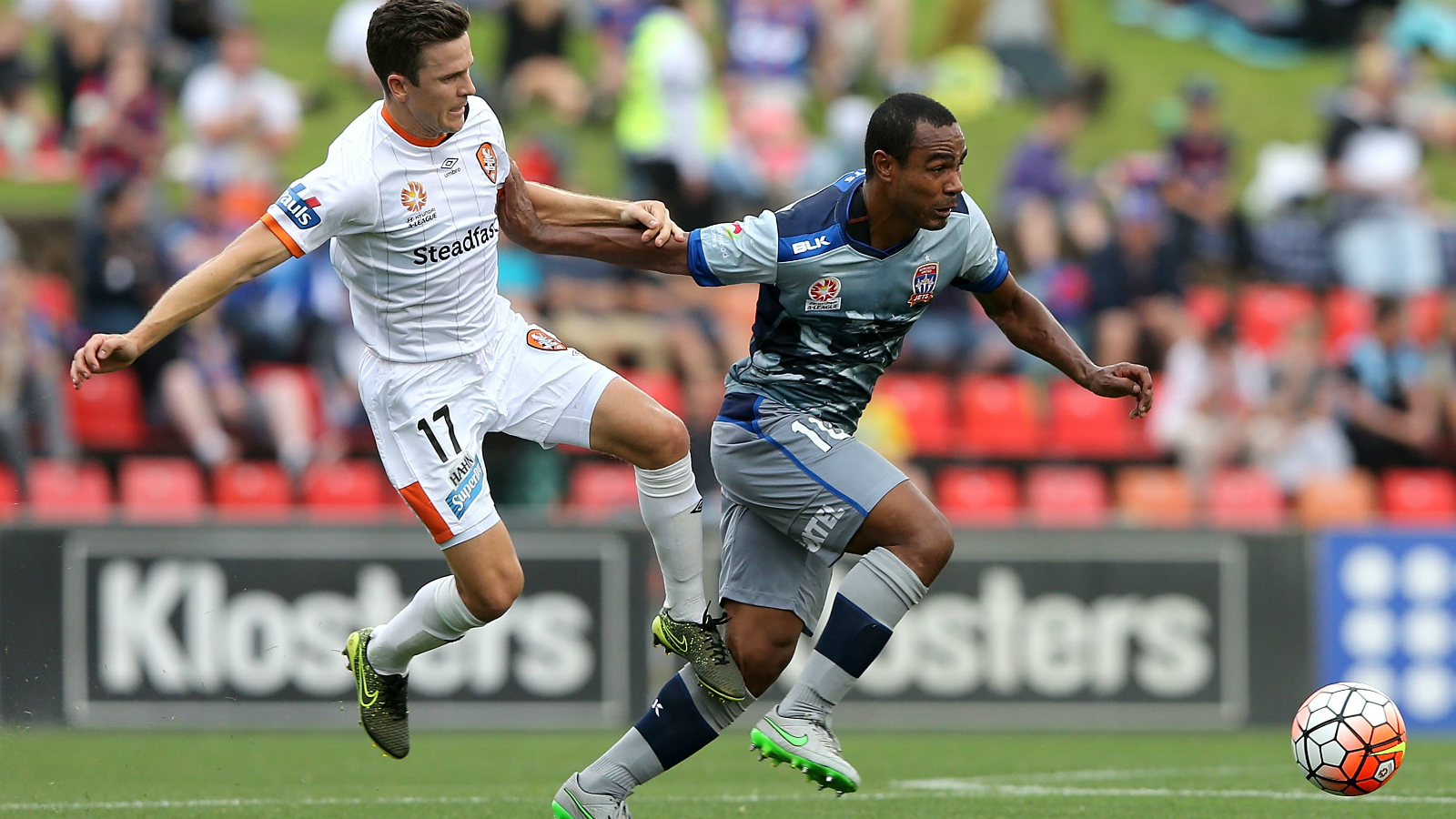