A fast and sometimes frantic contest saw the sides locked at a goal apiece at the break as Champness cancelled out Jordan Farina’s opener late in the half.

Scott Stewart restored the hosts’ advantage shortly after the restart before off-season recruit Alex Janovsky struck his second goal in as many games in the closing stages to seal the Jets’ second win of the campaign.

The match saw seven yellow cards handed out, four of them to Young Roar players.

The result places Jets second on the table behind competition leaders FNQ Heat on goal difference and extends Young Roar’s return of just one point from three visits to Wolter Park since joining the competition in 2014.

The Young Roar’s next match is against South-West Queensland Thunder at Cleveland Showgrounds on Sunday, 13 March (5pm KO).

22’: CHANCE FOR JETS – Taiga Ishikura wins the ball on the Roar byline before cutting back to skirt two defenders, however his low cross-cum-shot is cleared off the line by Cameron Crestani.

25’: CHANCE FOR JETS – Scott Stewart heads over the crossbar from close range.

41’: GOAL FOR YOUNG ROAR – A quick break down the right sees Dylan Wenzel-Halls cross for Joseph Champness, who controls on the chest, swivels then converts with a volleyed finish. 1-1

46’: CHANCE FOR JETS – Taiga Ishikura fights his way to the edge of the six yard box but sees his low shot tipped away by Tomislav Bilic.

47’: CHANCE FOR JETS – Jordan Farina works his way into space but his fiercely struck left-footed strike is palmed away by Tomislav Bilic.

51’: GOAL FOR JETS – Taiga Ishikura’s cross is converted by a powerful header from Scott Stewart at close range. 2-1

58’: CHANCE FOR ROAR – Jesse Daley strikes a dangerous free-kick that hits the underside of the crossbar before being scrambled clear by the Jets defence

75’: CHANCE FOR JETS – Substitute Finn Beakhurst looks to give Jets breathing room but his shot from a tight angle is saved by Tomislav Bilic

81’: GOAL FOR JETS – Alex Janovsky converts with a stunning 30-yard free-kick that gives Tomislav Bilic no chance as it sails into the top right hand corner. 3-1 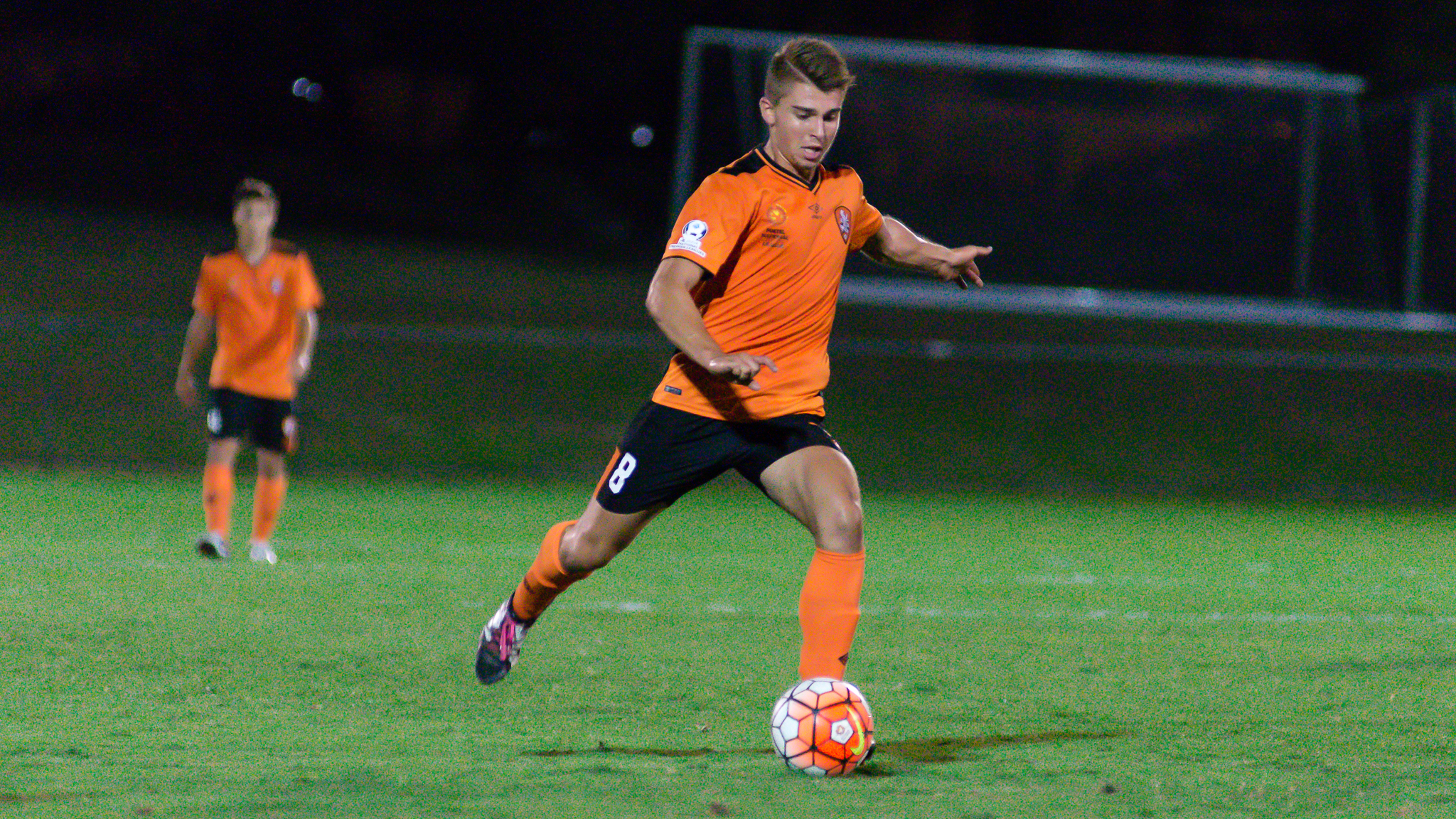 Brisbane Roar FC Youth coach JOSH McCLOUGHAN: “We finished our National Youth League early in January and we took four weeks off, so we’re basically week four of our pre-season with two games in. In context of that, and where we are in relation to some other campaigns, I’m happy how we’re looking to be honest.”

Moreton Bay United FC striker ALEX JANOVSKY: “It’s good to get two goals in two games and I said at the start of the season that I wanted to get ten, so I’m on track for that. The NPL is great and I’m enjoying it – hard training and hard games every week. That’s the main difference from the BPL, it’s just a harder game every week.”

The Young Roar’s Round 3 game has been rescheduled to avoid a clash with the club’s Hyundai A-League Round 23 match against reigning Champions Melbourne Victory at Suncorp Staidum on Saturday (6.30pm KO). The Young Roar will take on South West Queensland Thunder at Cleveland Showgrounds on Sunday, 13 March (5pm KO). The Under-18s are at the same venue from 3pm.