Brisbane Roar Youth have gone down to Brisbane City FC in their final home fixture of the 2016 PlayStation 4 National Premier Leagues Queensland season at Cleveland Showgrounds.

A hat-trick from City striker Scot Coulson and a strong City defensive line saw the Young Roar go down 4-0.

The Young Roar began brightly and looked to use the pace of Nicholas Panetta on the right wing to penetrate in from the flanks.

A thunderous volley from Coulson shortly after the start of the second half extended City’s lead to three goals and Josh Kosmina’s men well in control of the contest.

Andre Jannese saved a penalty on 70 minutes but Scot Coulson was the first on the scene and converted the follow-up to complete his hat trick.

The Young Roar looked to control play throughout the second half, but conceded possession cheaply and were unable to create threatening chances.

City’s defensive line remained strong throughout and the majority of the second period was played in their attacking half.

Thomas Miller was an early substitution for the Roar with a calf injury during the first half and was replaced by Daniel Leck while Danny Kim required treatment for a cut to his head and sported a white headband for the remainder of the encounter. 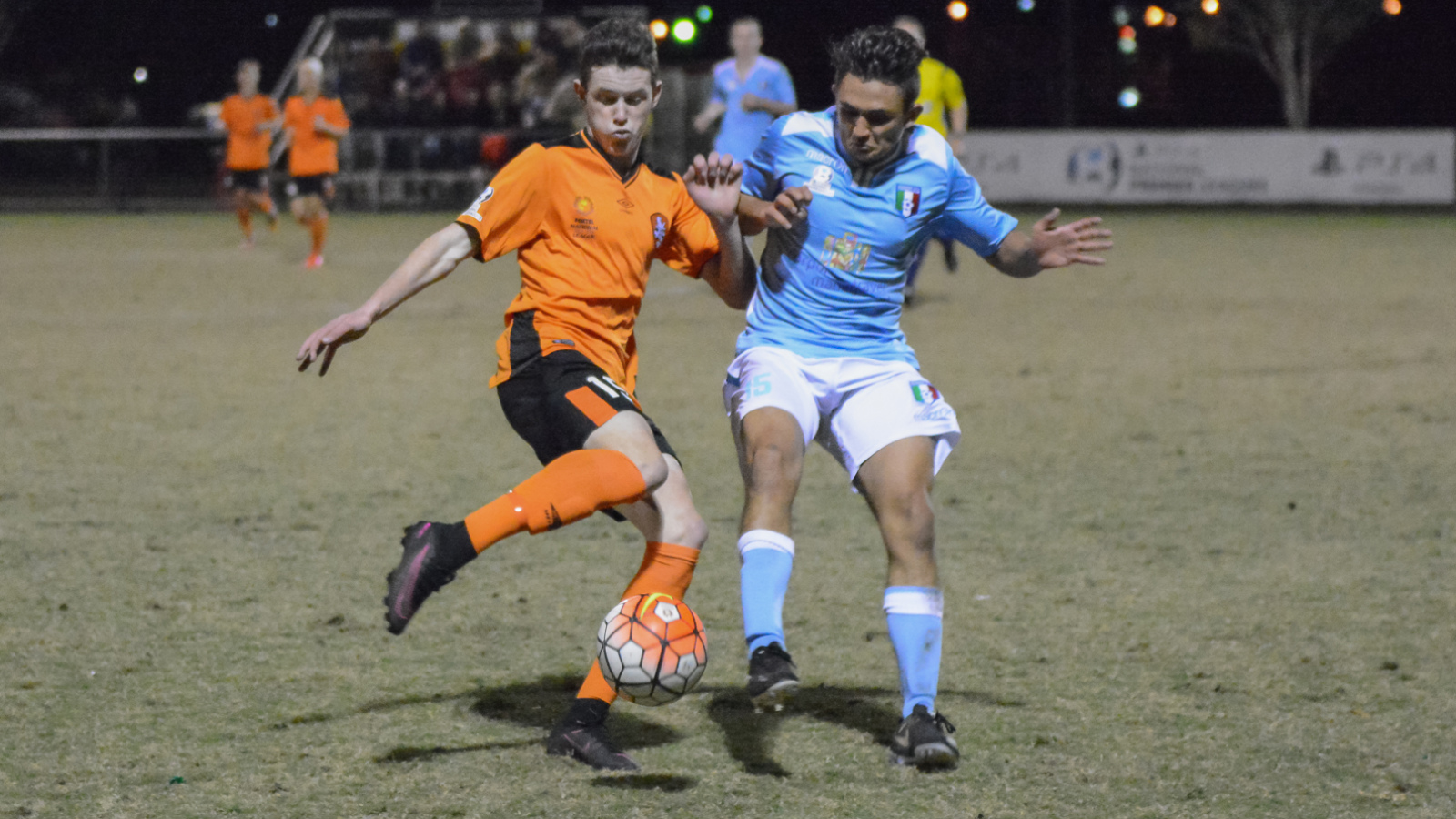 8’: CHANCE ROAR: Great body work from Matthew Schmidt sees the Young Roar defender secure the ball on the edge of the area before dishing off to Nicholas Panetta whose shot from 20 metres forces a strong save from City keeper Timothy Allen.

13’: GOAL CITY: The Young Roar clear their lines only as far as Nathan Bird 35m from goal. Bird volleys the ball back into the penalty area and finds Scot Coulson. The Young Roar appeal for offside but the flag stays down and Coulson finishes with a half-volley into the bottom corner. 0-1

40’: CHANCE CITY: Scot Coulson hit a first-time volley with impeccable technique from the penalty spot and brings out a great reaction save from Jannese

47’: GOAL CITY: Scot Coulson takes a touch on the edge of the area and allows the ball to drop before hitting a thunderous volley which finds the net off the underside of the crossbar. 0-3

58’: CHANCE CITY: The Young Roar clear their lines from a corner but only as far as Bird on the edge of the area whose first-time volley is deflected narrowly wide of Jannese’s right post

65’: CHANCE ROAR: A cross from the left wing sneaks its way through the crowd to Tommy Jarrard at the back post and Allen has to get down low to his right to keep the Young Roar defender’s close-range effort out

69’: PENALTY CITY : Kai Smith goes down after battling with Harry Sawyer at a City corner and the referee awards a penalty

Brisbane Roar Youth Assistant Coach KIRWIN JEAN-PIERRE: “It wasn’t our best performance and we didn’t stick to our structures.

“Fair play to Brisbane City, they came out with a game plan and stuck to it.

“The final pass wasn’t sticking tonight, the field was a bit slippery which didn’t help. We weren’t too bad tonight, it was just our final pass.

“We’re going to go out in the last few games and still treat every game as we usually would, looking to win.

On Thomas Miller’s injury: “He’s okay, he has a little tear in his calf so we didn’t want to risk him so we brought Daniel Leck on. We then had to move Dane [Ingham] and that changed tonight’s plans a bit.

Brisbane City FC Head Coach JOHN KOSMINA: “We needed to get a result tonight and we got it. We’ve given a few points away in the last few weeks and we need to stay in touch.

“We want to make finals and we believe can.

“Luke Pavlou had to fill in as a right-side stopper and had a number of good intercepts tonight and his passing out was good too. The two Kai’s [Smith & Barnes] and Greg King were all good too, they were very useful tonight.

On hat-trick scorer Scot Coulson: “He’s had a rough season, he’s been in and out and this is his first 90 minutes too. His first goal changed the game and his second was a cracker and he definitely showed his qualities tonight. 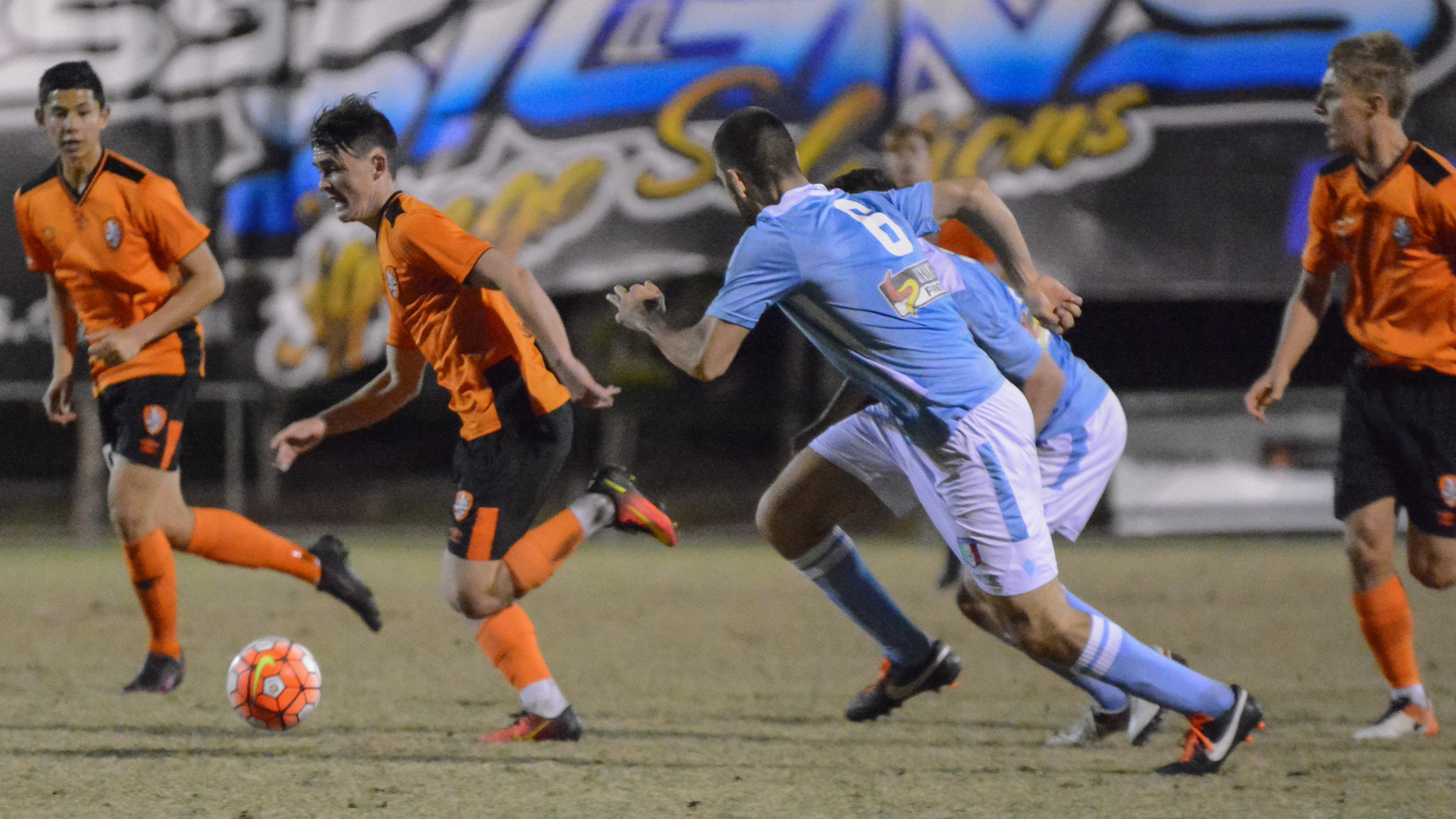 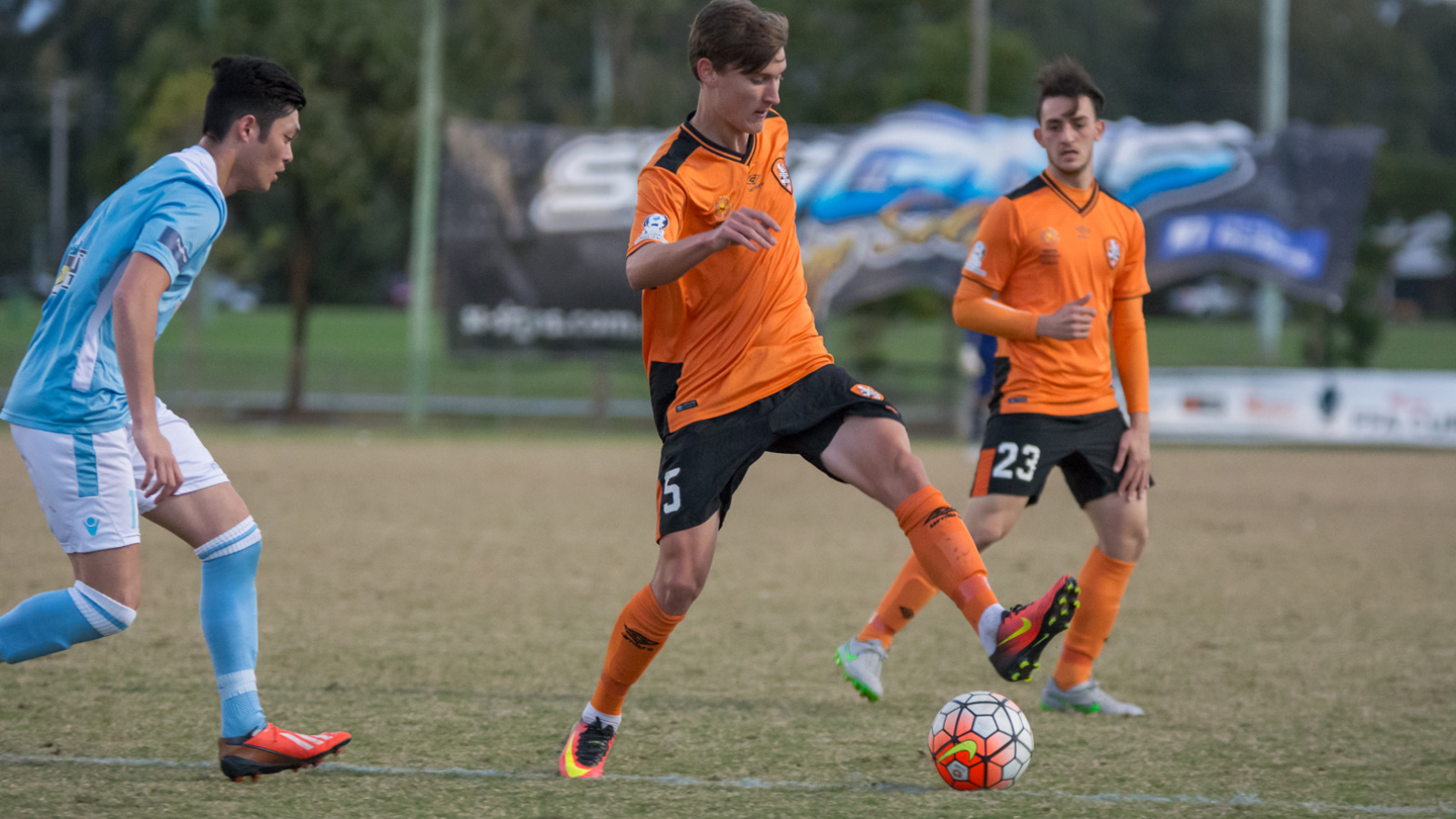