Fire midfielder Jordan Loy opened the scoring after five minutes with a long-range effort before he raised the bar with his second effort just four minutes later, striking powerfully from well beyond the penalty area to double the Fire’s advantage.

Jeremy Stewart added a third after latching on to Shoichi Koshimizu’s low cross from the left wing, before Connor Hancock’s close-range range header early in the second half extended the Fire’s lead to four and seemingly put the game beyond the Young Roar.

Following the Fire’s fourth goal, both sides struggled to create meaningful opportunities in a period that was dominated by the respective defences.

The Young Roar had the majority of territory and possession throughout the final 45 minutes, but were unable to break down the Fire’s strong defensive set up.

The result is the Young Roar’s first defeat in nine home matches this season and the first time a side has kept a clean sheet against Brisbane at Cleveland Showgrounds.

Captain Jesse Daley was creative as usual in midfield, while Daniel Leck engaged in an intriguing battle with Koshimizu on the right wing and was often used as an outlet from defence. 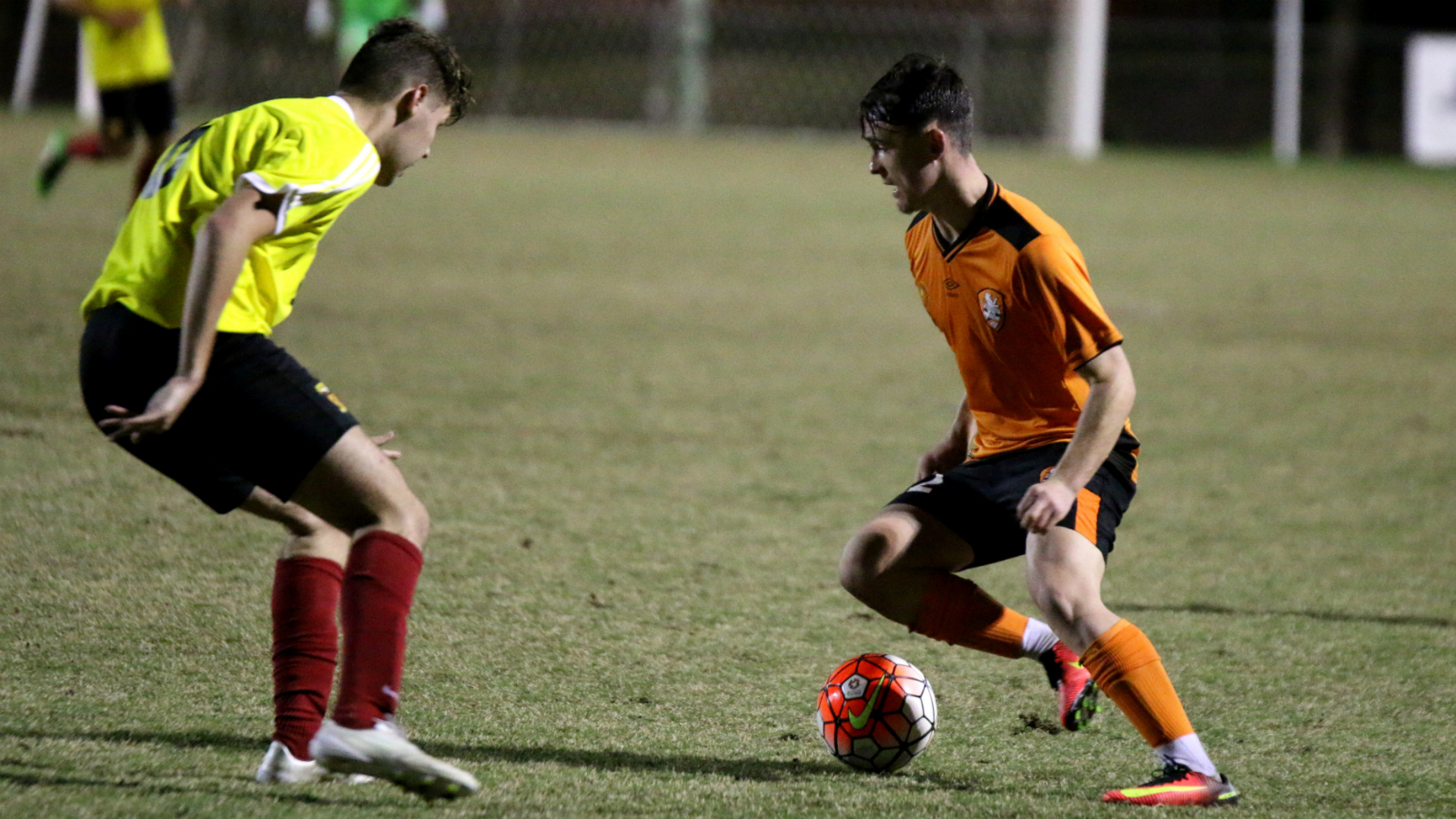 4’: CHANCE FIRE: Alexander Warrilow has a shot from distance but his shot is partially blocked. The Young Roar defence are expecting the assistant’s flag to go up but Rocker is deemed onside and is the

5’: GOAL FIRE: Jordan Loy drills a low shot through a sea of legs from outside the penalty area and the ball finds its way into the bottom left corner. 0-1

7’: CHANCE ROAR: Daniel Leck attempts to curl a left-footed shot into the near post from the edge of the penalty area but his shot fades narrowly wide of the right upright.

8’: YELLOW CARD ROAR: Jesse Daley picks up a yellow card for a high foot on Loy.

9’: GOAL FIRE: Another screamer from Loy! This time he puts his foot through the ball from 25m and it flies into the top right corner. 0-2

13’: GOAL FIRE: Shoichi Koshimizu is placed into space on the left wing and crosses into the area from the by-line. His cross isn’t cut off by the Young Roar defence and Jeremy Stewart taps in from close range. 0-3

31’: YELLOW CARD FIRE: Referee Lara Smith hands out a caution to Grant De Chastel for a mistimed challenge on the left wing.

44’: CHANCE ROAR: Fire keeper Samuel Nickolls is forced to come off his line to clear, but only clears as far as Daniel Leck 25m from goal. Leck attempts a looping effort over the Fire last-line but De Chastel thwarts the danger with a desperate header on his own line.

47’: GOAL FIRE: The Young Roar defence believe the ball has gone out for a goal-kick, but play continues and Connor Hancock heads home into an empty net from point-blank range. 0-4

54’: YELLOW CARD FIRE: Loy clips the Daley’s ankle after the Young Roar captain has played the ball and the goal-scorer is given a caution.

Brisbane Roar Youth Head Coach JOSH MCCLOUGHAN: “We copped a couple of early goals, a couple of decent strikes which put us on the back foot to start with.

“We didn’t turn up for the first fifteen minutes and when you go 3-0 down against any opposition you’re going to find it difficult.

“I thought we created a number of good chances in the latter part of the first half, and then we unfortunately conceded a goal to a bit of confusion. That’s football, those things happen.

“It definitely wasn’t the intensity we’ve played with in the last 4-5 games, it wasn’t a Brisbane Roar performance.

“We went away from the areas that were positive and where we try to hurt teams.

“When we get in behind we need to capitalise on the build-up that we have and it has to be swift and with purpose and there was no purpose about that tonight, that’s probably the most disappointing part.

“We put a very inexperienced outfit and we learnt a lesson tonight.”

“Unfortunately for the Roar, Jordon’s two shots went in whereas in the last few weeks they’ve been missing, or hitting the bar or cleared off the line. Today, they just went in.

“It always happens during the season, sometimes things go your way and sometimes they don’t.

“We defended superbly, our goalkeeper barely had a shot to save and that’s what defending’s all about.” 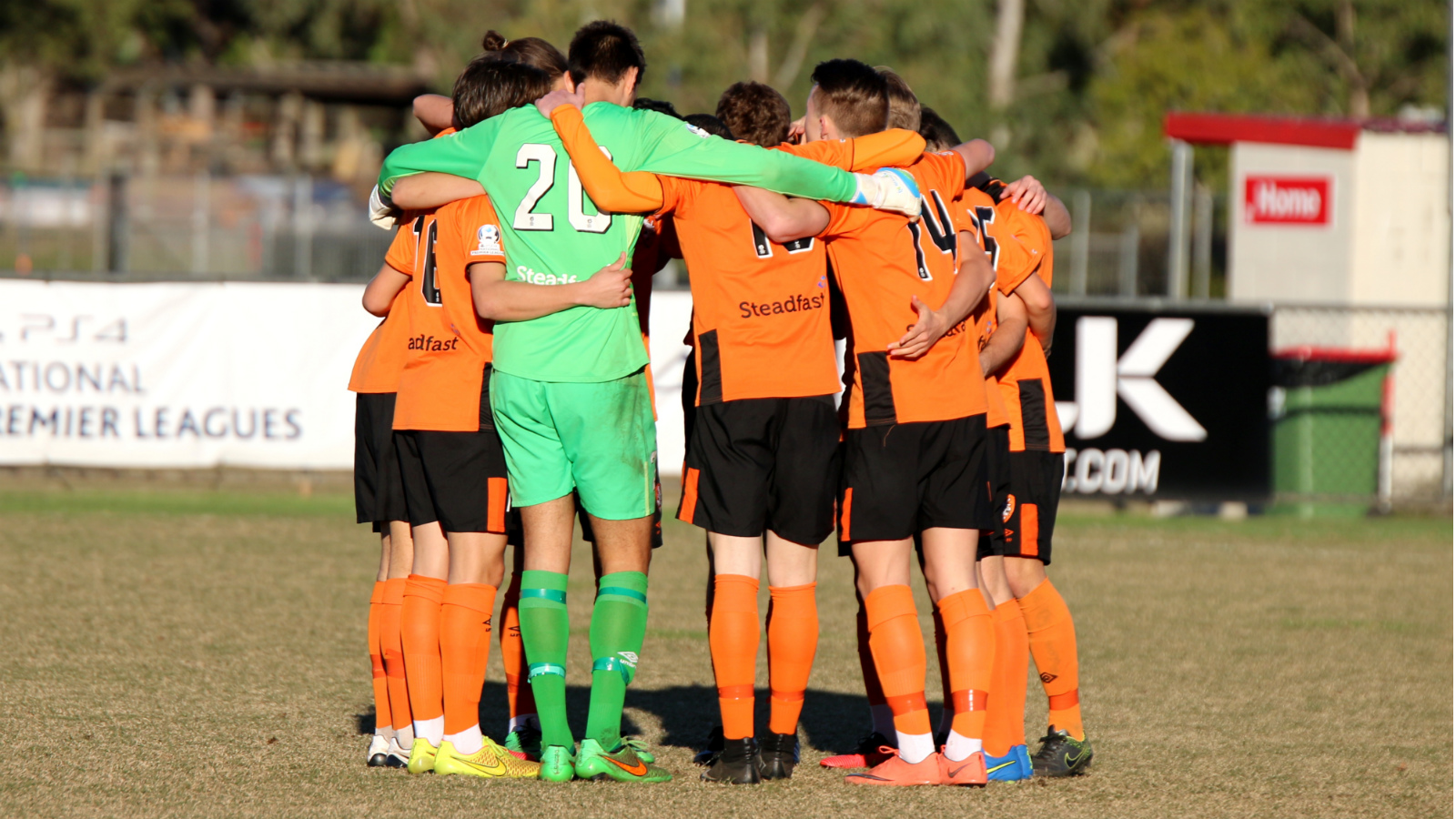