Brisbane Roar Youth have delivered on a promise to improve their attacking game with a dominant 6-0 victory over Northern Fury FC in their PlayStation 4 National Premier Leagues Queensland Round 8 fixture at Cleveland Showgrounds.

The Young Roar were rarely threatened in defence and were unlucky to not score more after creating a wealth of great opportunities.

The younger side were able to showcase their speed and agility, regularly splitting and getting in behind the Fury defence.

First-half goals to Jayden Prasad and Joseph Champness had the Young Roar well in control at the break.

Prasad scored his second in the 50th minute and by then the score line looked beyond the Fury whose chances were limited.

The Young Roar found the net three more times with captain Jesse Daley finding the net along with two goals to striker Nicholas D’Agostino, who atoned for several near-misses in recent weeks.

Prasad (below) had his best game of the season and caused issues for the Fury defence on the left side of attack. He managed to find the net twice and was instrumental in the lead up to a number of opportunities.

Joe Caletti and Nathan Konstandopoulos were creative in midfield backed by a resolute back-four led by centre-back Cameron Crestani. 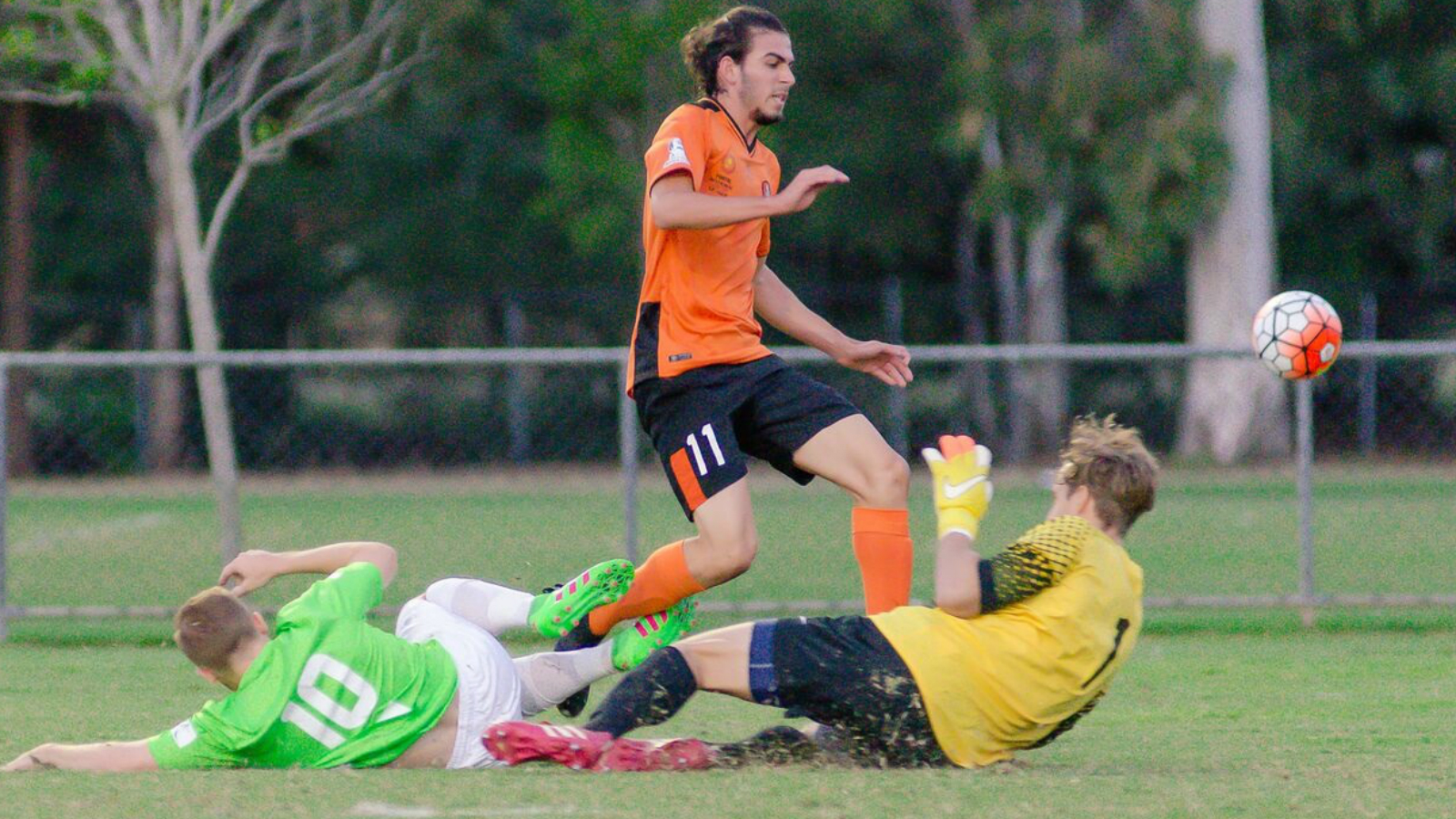 10’: GOAL ROAR: Joe Caletti splits the defenders with a beautiful through ball which finds Jayden Prasad who finesses his low shot inside the right post. 1-0

18’: CHANCE ROAR: Prasad finds Nathan Konstandopoulos on the right wing who picks out Nick D’Agostino in the middle but the striker’s shot flies just over the bar.

19’: GOAL ROAR: Joseph Champness finds himself in behind the defence and finishes calmly past Luke McDonald. 2-0

23’: CHANCE ROAR: Prasad finds himself in behind the Fury’s defence again, latching onto a through ball from captain Jesse Daley. The earlier goal-scorer can’t quite curl his shot inside the near post.

30’: CHANCE ROAR: D’Agostino’s side-footed attempt hits the base on the right upright and the rebound is cleared for a corner.

50’: GOAL ROAR: Prasad is in behind the Fury defence again and finishes coolly from close range. 3-0

54’: GOAL ROAR: Champness crosses to D’Agostino whose shot hits the right upright and then the left upright before falling to Daley who converts from 5m. 4-0

60’: YELLOW CARD FURY: Kristoffer Dennis earns himself a yellow for a late challenge.

66’: GOAL ROAR: Dane Ingham’s cross from the right wing finds D’Agostino in the centre behind the last defender and the striker finishes with the inside of his right boot. 5-0

69’: CHANCE FURY: Corey Waples splits two Roar defenders and finds Hamish Cassidy who breaks into the area but can’t keep his shot down.

74’: GOAL ROAR: An exquisite cross from Ingham lands on the head of D’Agostino whose powerful header finds the top corner from inside the six-yard box. 6-0

80’: CHANCE ROAR: D’Agostino’s low cross finds Ingham in the centre of the area but the substitute has to stretch behind him to reach the ball and his shot goes narrowly wide.

82’: CHANCE ROAR: D’Agostino slips in behind at the back post and latches onto a cross from Ingham but the balls bobbles as the striker prepares to shot before ricocheting wide off his shin.

Brisbane Roar Youth Coach JOSH McCLOUGHAN: “In terms of what we’ve been working on we applied it really well.

“We’ve been working really hard on the final third. What we did tonight in front of goal what we probably should have done for the last 2-3 weeks so it’s nice to see the boys get a bit of reward.

“We’re working hard as a group on our finishing. That’ll come and we’ll continue to improve.

“There’s been some really good movement from us even from our back four into our midfield and then our midfield linking with our front line, that’s starting to come together.

“We’ll just keep working on getting that final product and it’s good to see that we got something tonight.”

On Nick D’ Agostino’s performance: “He didn’t finish off all the work that he should have but his positioning that he took up tonight was a far improvement and had he taken up those positions last week, he would have scored five.

“It’s important that he’s learning and that’s what it’s about. That’s what the Boss [Brisbane Roar Head Coach John Aloisi] said during the week that no matter what happens with this side you have to make sure that they’re learning and taking it all on board.” 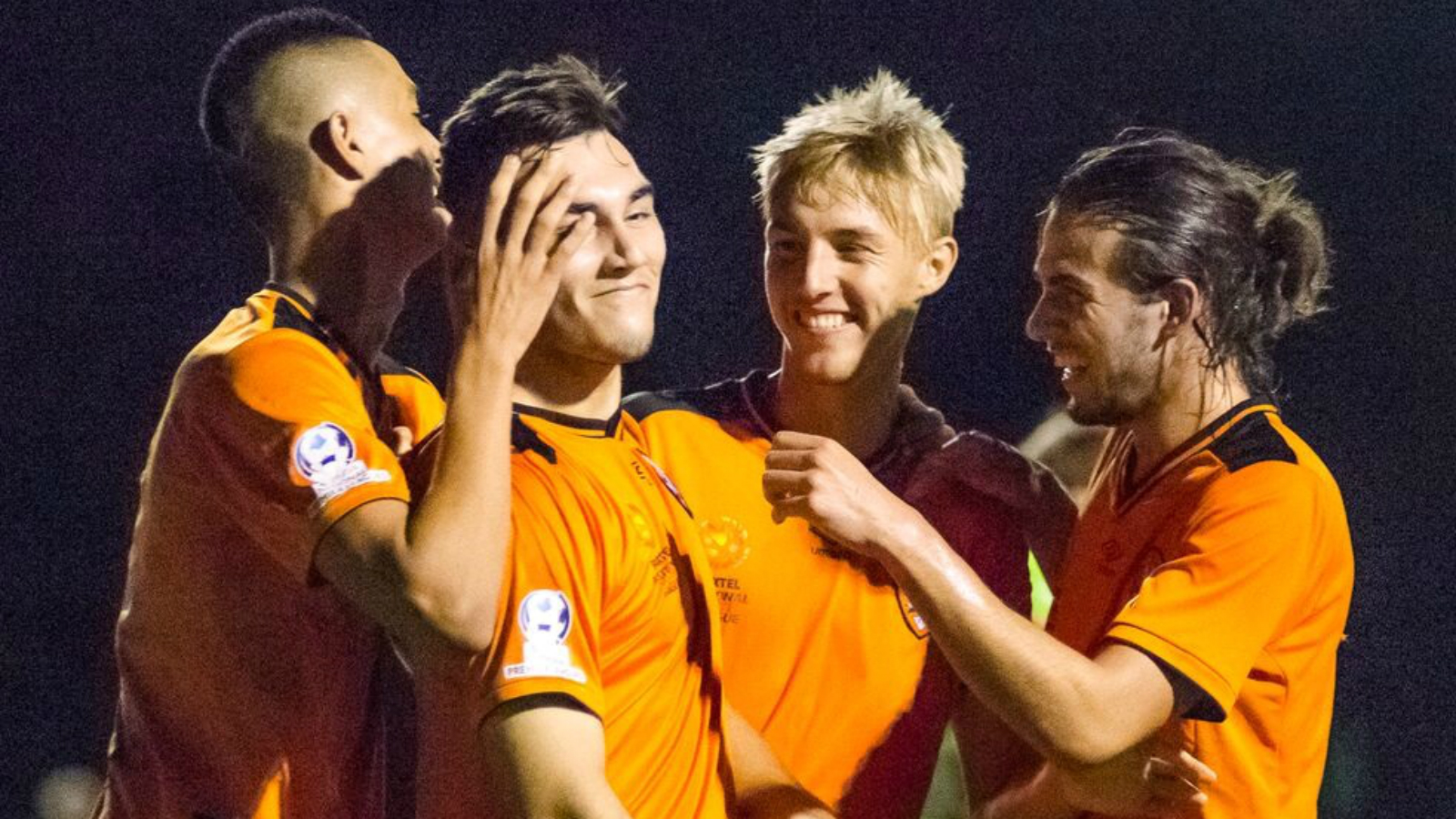 Northern Fury FC Coach IAN FERGUSON: “I think it really showed our boys how football should be played. I thought the Roar moved the ball really well. They dragged us all over the place and the movement was fantastic.

“It’s a learning lesson for the boys. If they want to aspire to be anywhere, that’s the level they have to be at in the NPL.”

The Young Roar were dynamic in attack all evening with through balls regularly getting players in behind the Fury defence. The side could have scored quite a few more goals if the final product had found its mark. 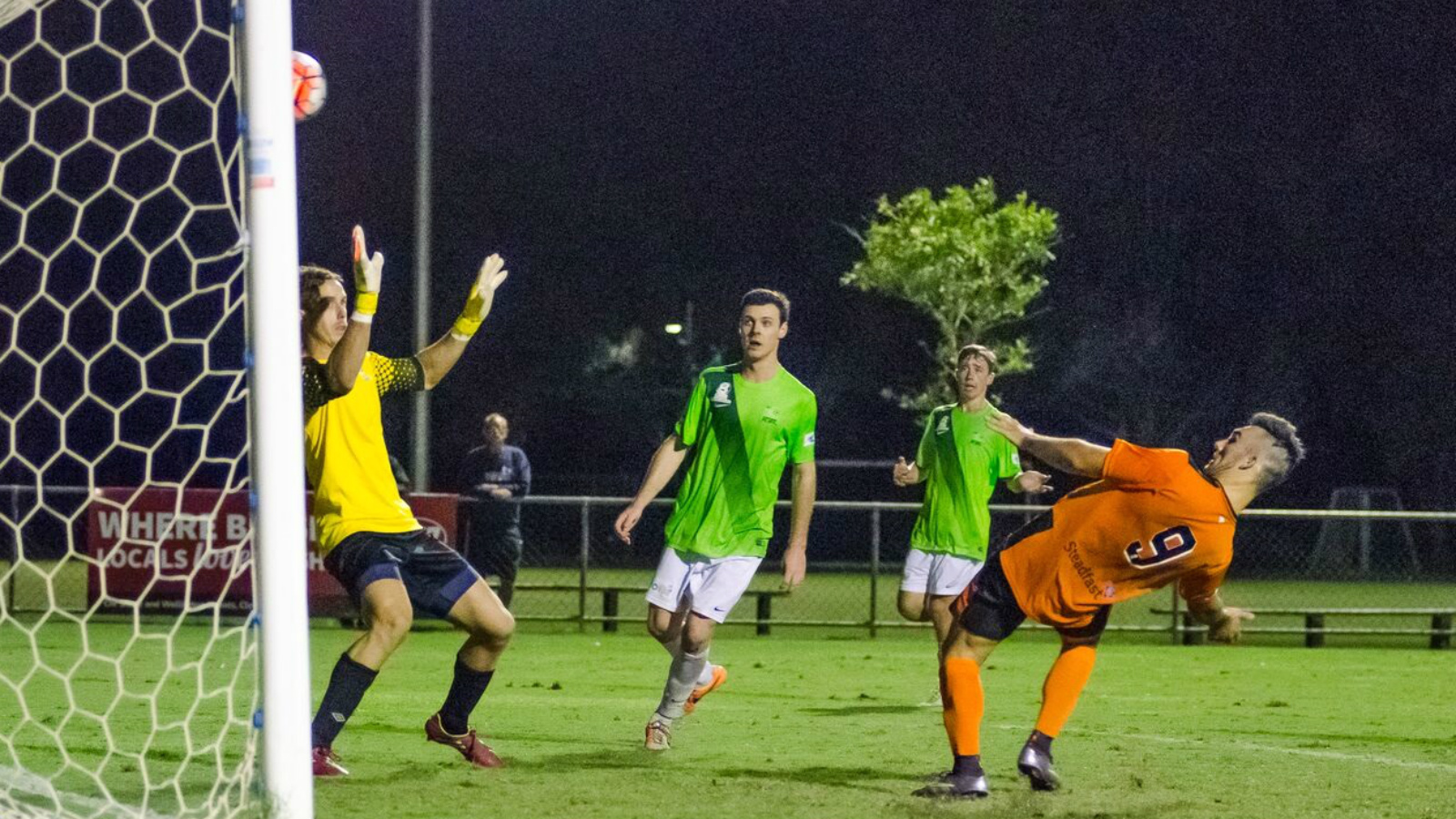