Shimon Watanabe’s early goal proved the difference between the two sides on a night where the visitors would have felt quite at home in Brisbane’s balmy weather.

The Heat opened the scoring after four minutes when Christopher O’Hare’s block on an attempted clearance by the Young Roar defence led to a simple close-range header for Watanabe.

Both sides had their fair share of possession and territory but were unable to cause trouble for either goalkeeper throughout the remainder of the first period.

The game opened up during the second half, but meaningful chances were a rarity for both sides as the Young Roar looked to equalise while the visitors were searching for the security of a two-goal lead.

A more direct approach in attack for the home side saw the Young Roar dominate territory in the final moments of the match.

Harrison Sawyer played his first minutes of the 2016 PS4 NPL QLD season and was denied a late goal by an incredible reaction save from Kevin Ward before a stoppage-time counter attack from the Heat almost put the game beyond Brisbane.

Dane Ingham’s pace on the right wing threatened to cause problems for the Heat defence following his half-time introduction while full-back Hayden Mchenery was resolute in the Roar’s last line. 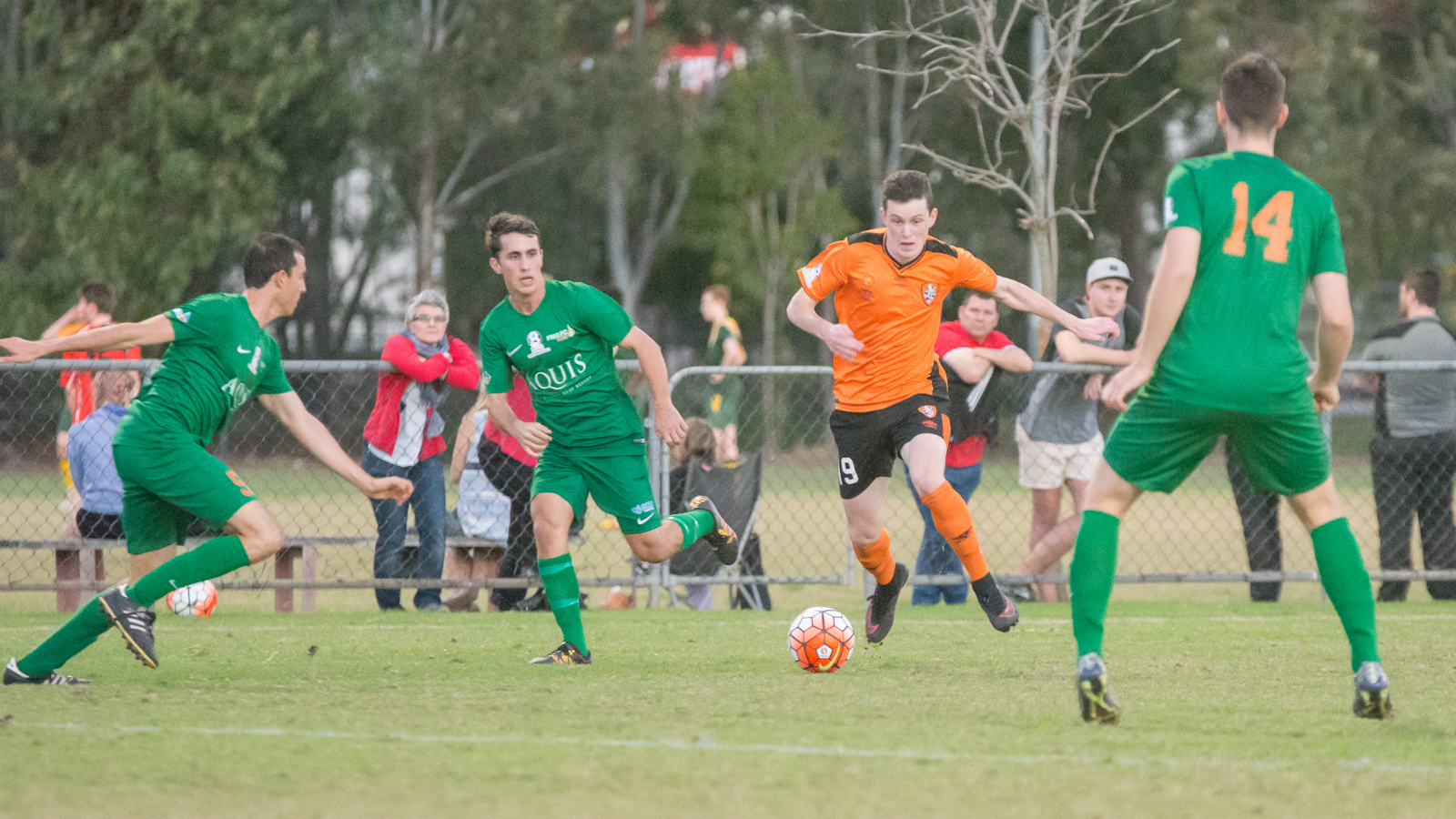 3’: CHANCE YOUNG ROAR: Great chase down from Dylan Wenzel-Halls falls to Panetta who is through 1-on-1 with Kevin Ward, but the Heat keeper saves Panetta’s shot from an acute angle strongly.

4’: GOAL HEAT: Christopher O’Hare blocks an attempted clearance from the Young Roar, and reacts first before squaring the ball to the goal mouth where Shimon Watanabe heads home from point-blank range. 0-1

18’: YELLOW CARD HEAT: Matthew Filip tackles Wenzel-Halls from behind as the Young Roar forward attempts to turn and earns the game’s first caution

35’: CHANCE HEAT : Watanabe rises highest as the ball is whipped into the area from a free-kick on the right wing and thunders a powerful header narrowly wide of the right upright.

43’: CHANCE HEAT : A Heat free-kick from the right wing causes havoc in the area but is eventually cleared long by the Young Roar defence

87’: CHANCE ROAR: Jesse Daley whips in a low ball from the right wing and finds Harrison Sawyer whose volley is stopped by an incredible reaction save from Ward. 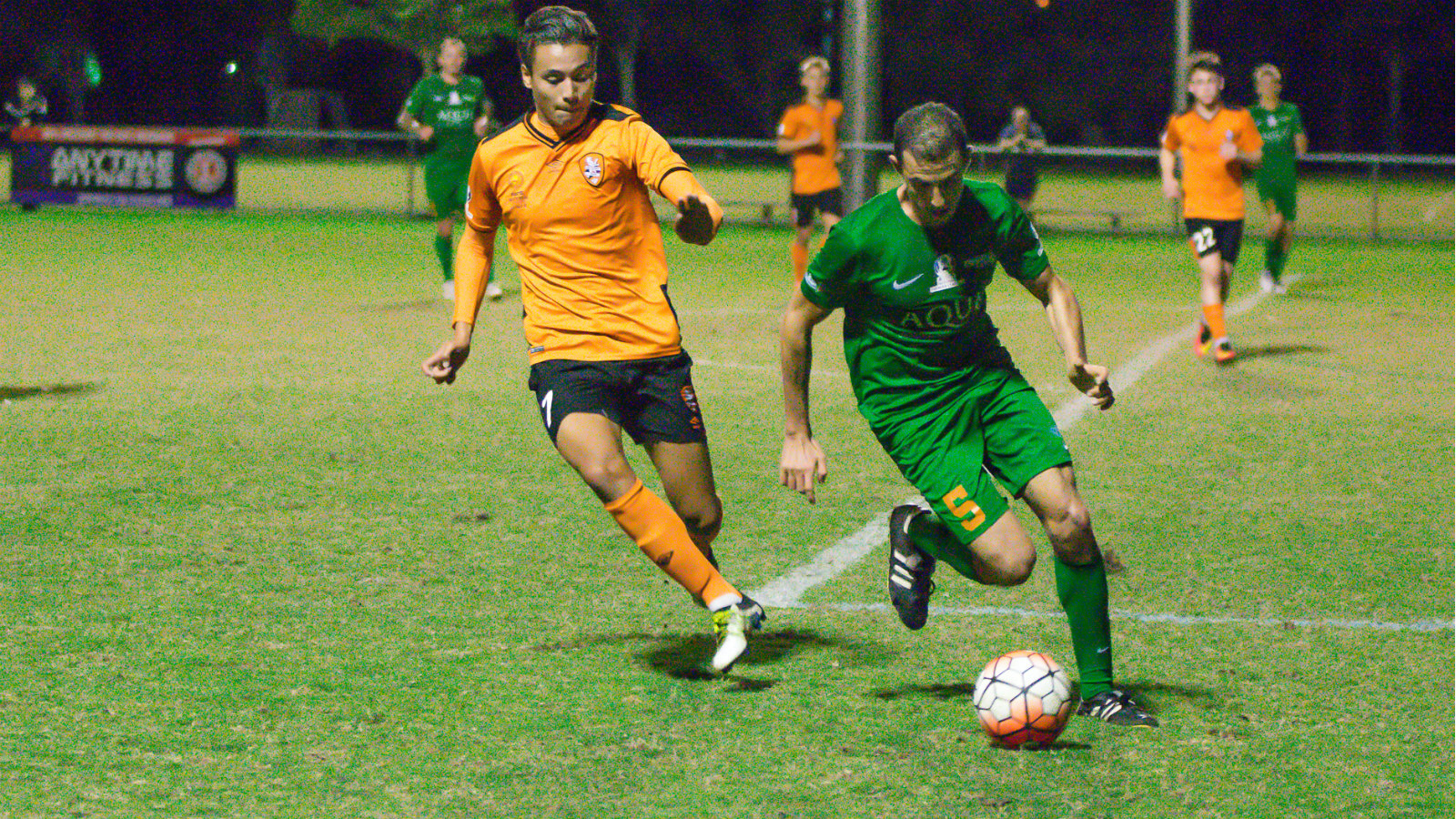 Brisbane Roar Youth Head Coach JOSH MCCLOUGHAN: “We created enough chances to score goals but I think we cheated ourselves for 70 minutes because we went away from our structures.

“If we had have stuck to our structures then there were enough chances in that game to have done really well.

“When you play games, it has to be like it was in the last 15 minutes for us from the first minute to the 90th minute.

“We weren’t anywhere near the way we play. It was purely down to our structures and people not following the way we want to play.

“I don’t think we brought our best game to the football which is a shame when we come up against the top side because I thought we could have taken something from the game if we stuck to what our plan was from the start.

“We shared the possession in the first half and had three really good chances and took one of them and in the second half I thought we had a really good set up.

“We maybe could have done better with our set pieces but credit to the Roar in the last 15 minutes, they changed shape and started to get the ball forward a little quicker.

“Even though I don’t think it would have been a fair result, they had the chance to sneak a draw but we had a good save at the end. I think it was a deserved win.” 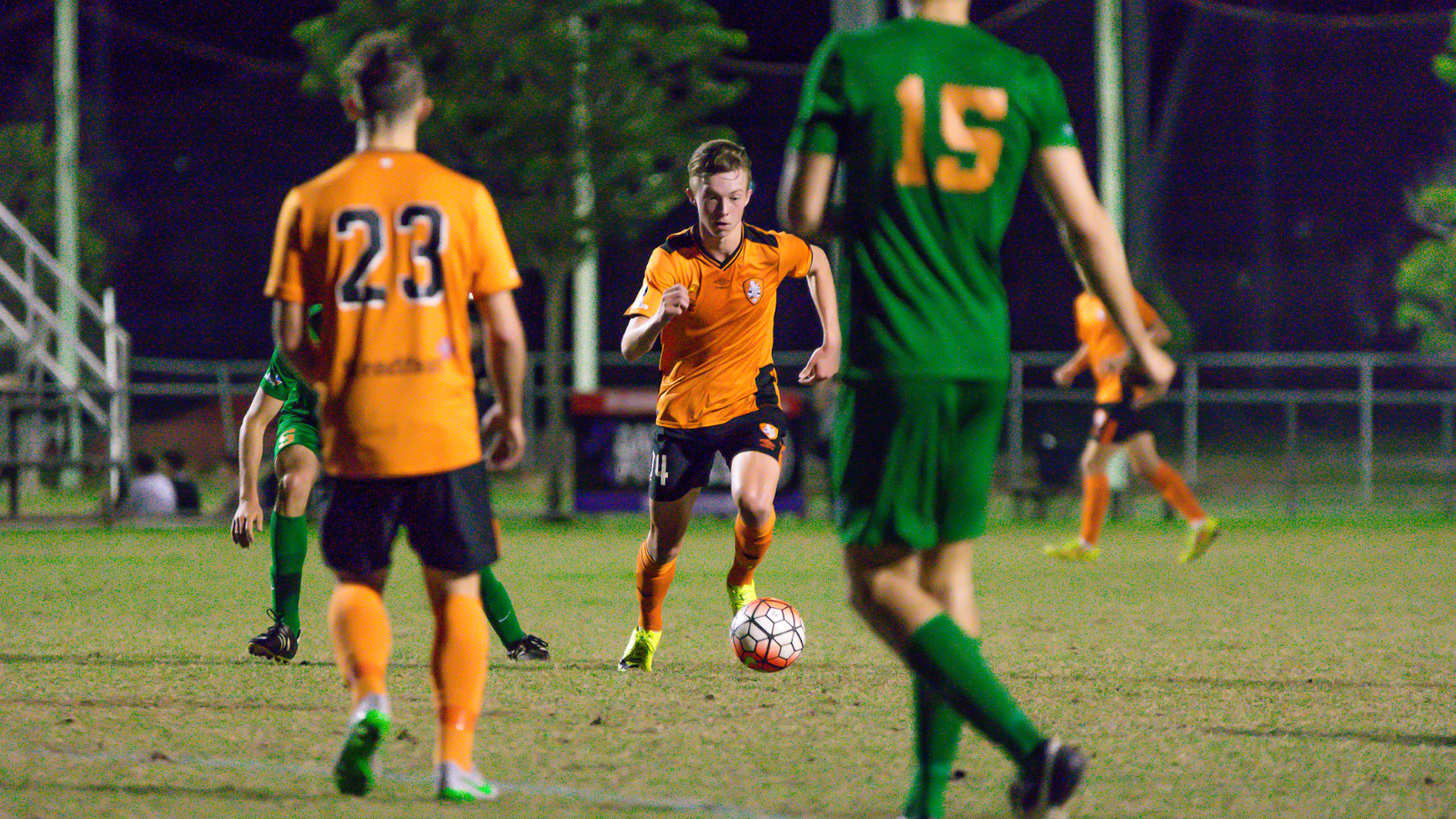