A dominant Brisbane Roar Youth team were caught on the counter-attack and lost 0-1 in their Foxtel National Youth League game against Perth Glory Youth at Cleveland today.

The Young Roar dominated possession throughout and played much of the game in Perth territory but couldn’t convert the superiority on and off the ball into goals.

Perth keeper Jerrad Tyson (below) made a string of saves, several from close range, as the Young Roar repeatedly pushed into the attacking third.

But unlike in their previous home match where they were clinical with their goal-scoring opportunities, this time the Young Roar watched shot after shot wide go slightly wide, high, saved or blocked.

In the first half alone the Young Roar had seven clear-cut scoring opportunities but the 45 minutes finished scoreless – largely thanks to Tyson, who at one stage tipped over for four consecutive corners.

As the minutes ticked down in the second half, the Glory Youth sensed they may get something from the game despite being outplayed by the hosts.

The visitors began to push forward with renewed optimism as the Young Roar’s passing game went astray with midfield possession surrendered far too easily at times.

And when the Glory caught the Young Roar defence napping with a goal completely against the run of play in the 64th minute, the upset result was there for the taking.

Although the Young Roar threw everything at Glory in the final stages, they were unable to find the net and became increasingly frustrated – perhaps reflected in the five yellow cards the home side incurred to the visitors’ two.

Young Roar will now return to the training field this week with plenty of work ahead with just two rounds of the season remaining. 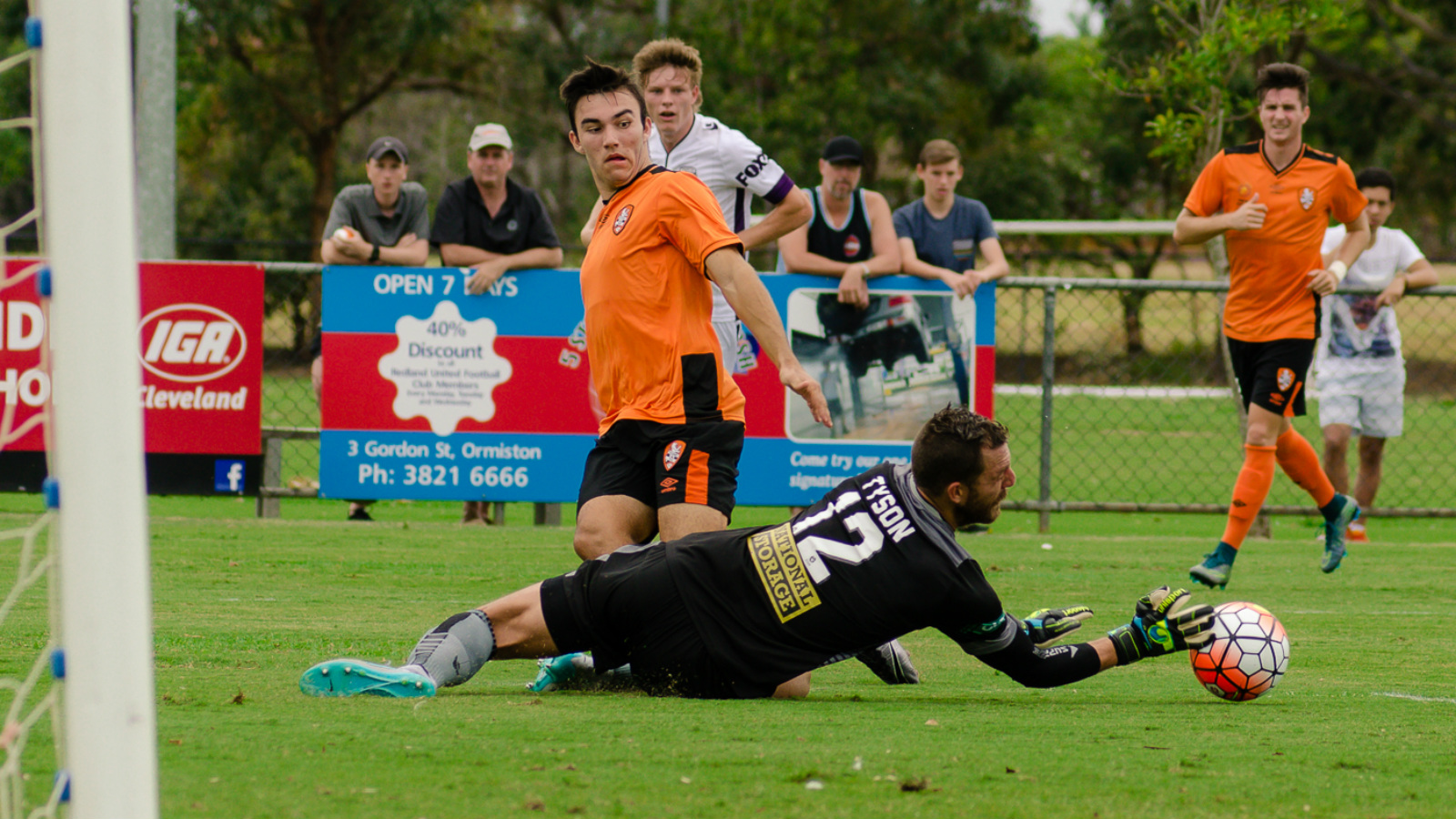 64′: Against the run of play, after the Roar had dominated possession since kick off, Glory Youth made a rare attacking raid down the left. Joseph Knowles was allowed to run into the six-yard box and played a short cross for Nikola Talimdzioski, who had gotten goal-side of his marker, to tap in from a metre. 0-1.

The club’s depth was on display with no fewer than seven players on the park with Hyundai A-League experience, some returning from injury while others getting much-needed game minutes. The competition rules allow for four over-age players (three outfield and a keeper). While the scoreline may have been disappointing, the Young Roar played some outstanding football, particularly in the first half.

Brisbane Roar youth coach JOSH McCLOUGHAN: “We created enough opportunities and we should have scored a number of goals. If you get your chances, you have to take them, that’s football.”

On the Young Roar’s overage players: “They’re fantastic in the dressing room and that’s the culture that the Boss [Head Coach John Aloisi] is building. They lead people around the park and try pass on their experience, which they do.”

Young Roar captain DEVANTE CLUT (below): “I thought we played well. We just try to improve every game and follow our structures and today the result didn’t go our way.

“We should have capitalised on our chances better but we look forward to the next game and trying to do better then.” 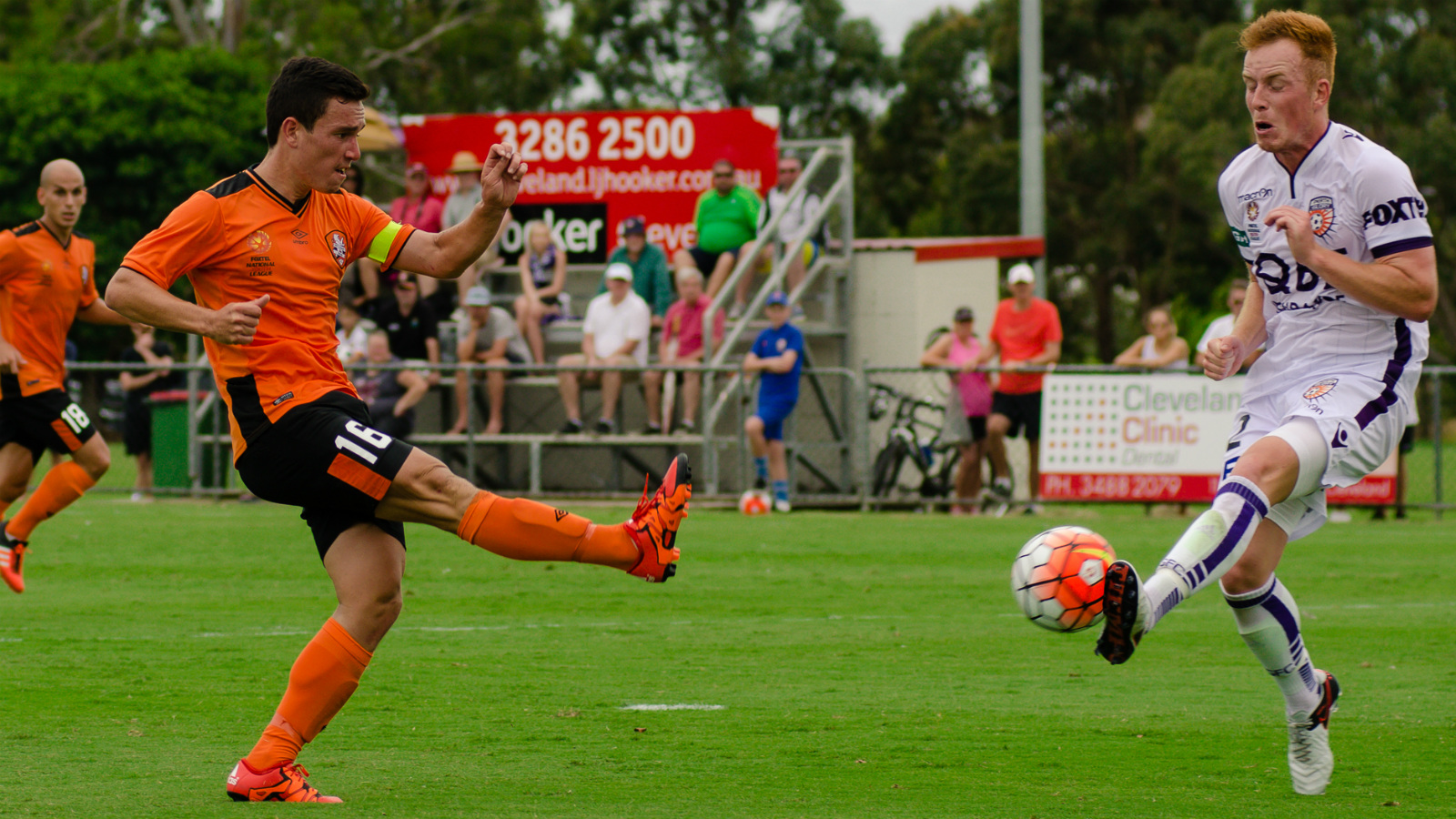 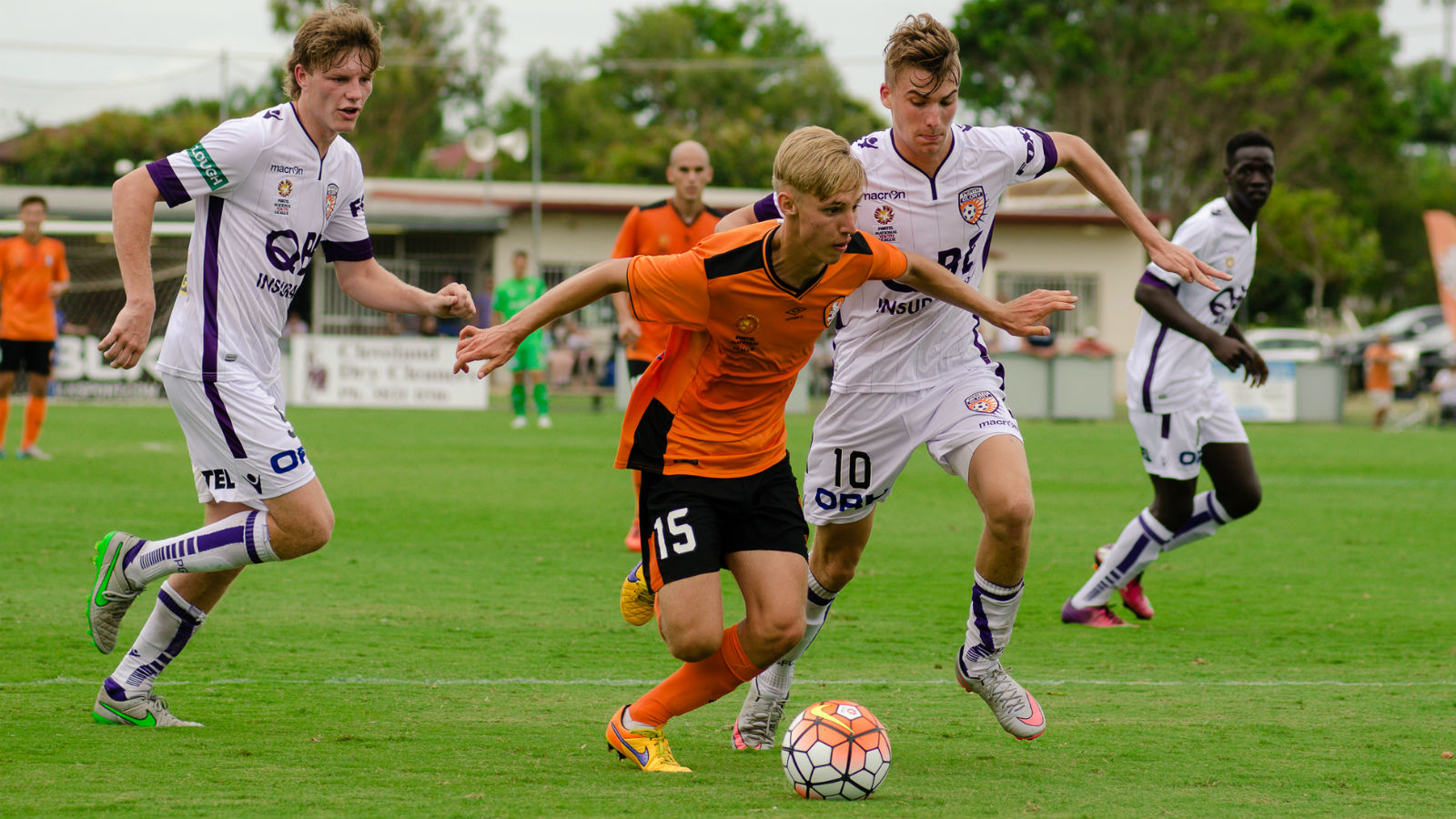