Brisbane Roar have claimed the Heritage Shield at Lions Stadium in their first pre-season match following a 2-0 victory over Brisbane Premier League side Queensland Lions FC on Tuesday night.

The Roar took the lead early on after the half-time break through attacker Shannon Brady, who finished from close-range after excellent work on the right wing from Brett Holman and Jack Hingert.

Substitute Rahmat Akbari sealed the win for the Roar on the cusp of full-time after being played through on goal by second-half substitute Emilio Martinez.

In what was an entertaining clash against the Richlands based side, Head Coach John Aloisi took the opportunity in the team’s first pre-season outing to rotate the majority of his squad, giving game time to a number of Young Roar players.

“We always want to win no matter who the opposition is. What’s important is playing within our structures,” Aloisi said. 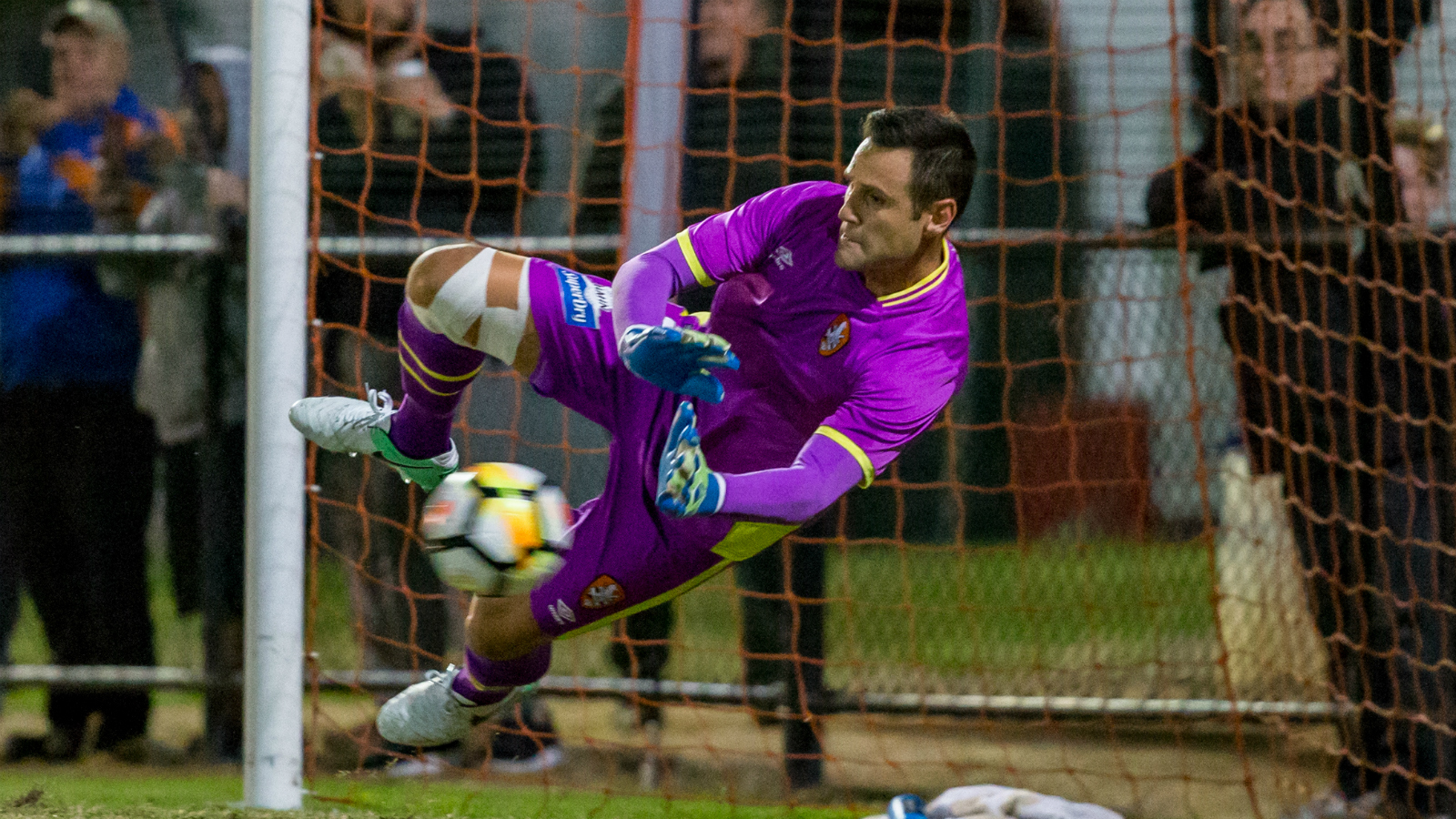 “It’s a little different and we’re getting used to it, but tonight was good for the players to get their fitness levels up.”

Aloisi said he was pleased to get the win and claim silverware in his side’s first clash ahead of the upcoming Hyundai A-League season.

“We’re trying to evolve as a team, our main principles of the way we want to play won’t change,” Aloisi added.

Lions FC started the first half brightly and were unlucky not to take the lead when striker Sekou Jomanday’s shot in the 15th minute was deflected wide.

The home side had another opportunity to score first in the 23rd minute from the penalty spot, but Championship-winning keeper Michael Theo (above) stood tall to save brilliantly low to his left. 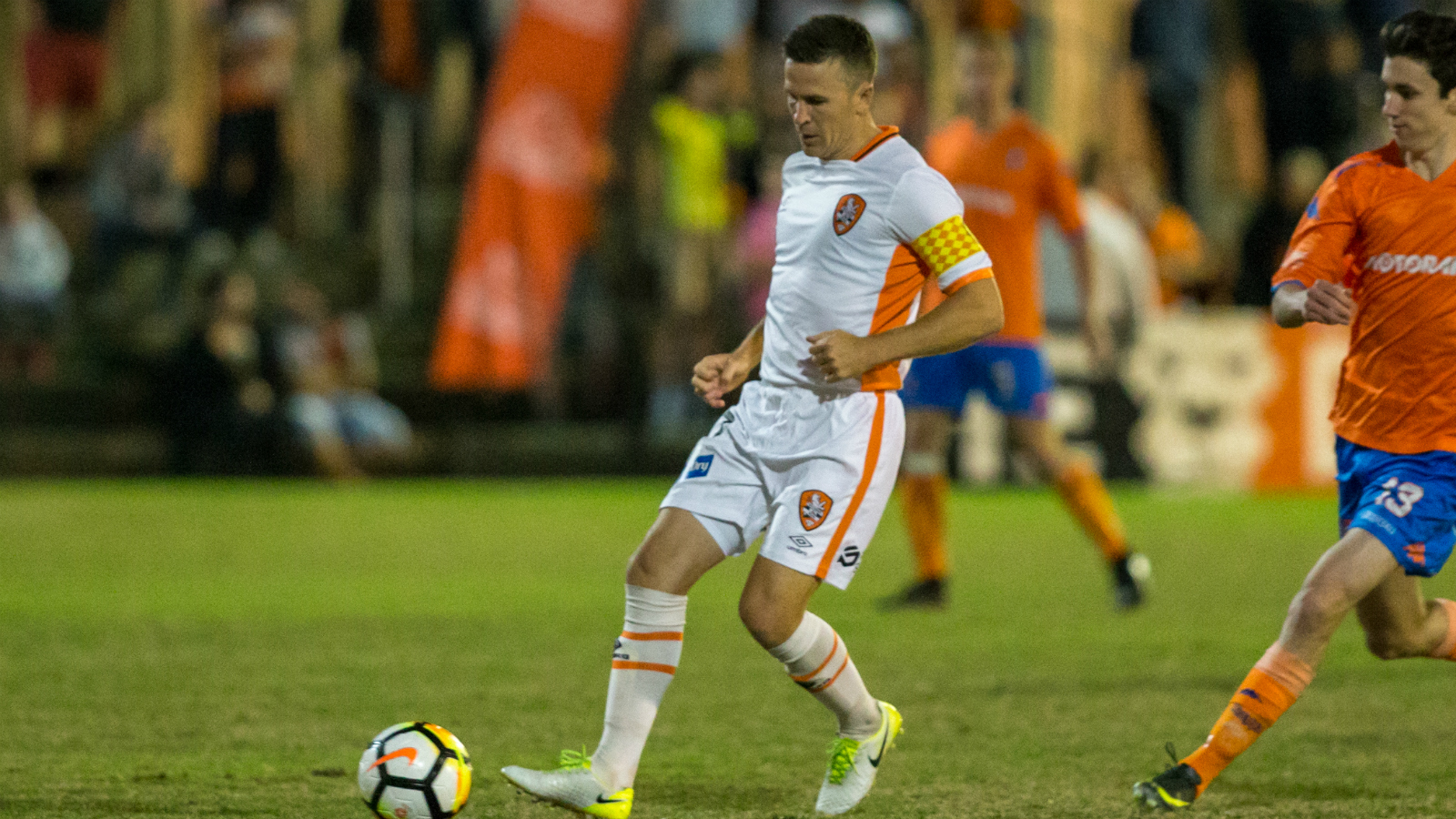 The Roar responded to the near miss and created two chances with midfielder Brett Holman and striker Nick D’Agostino both going close to scoring before half-time.

Aloisi’s men started the second half strongly, and it paid off in the 60th minutes with winger Shannon Brady putting Brisbane’s Hyundai A-League side in front.

The away side continued to control proceedings and went on to seal the Heritage Shield in the 90th minute through substitute Rahmat Akbari.

Pre-season training resumes this week for the Roar as preparations continue for the blockbuster Westfield FFA Cup Round of 32 clash with fierce rivals Melbourne Victory on 9 August at Perry Park, Bowen Hills. 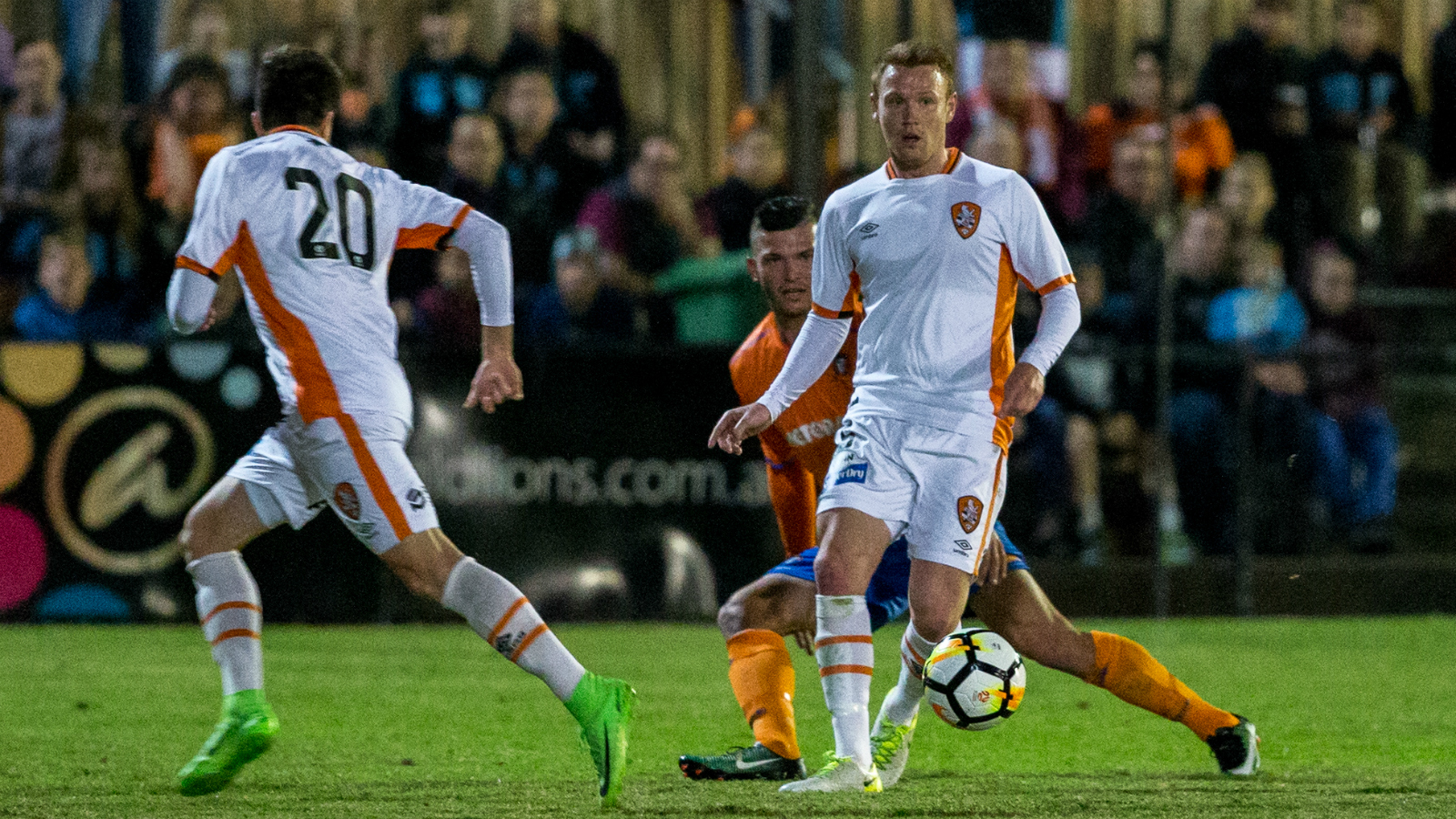 15′ CHANCE FOR LIONS: Sekou Jomanday attempts to open the scoring, connecting well with his shot that evades Michael Theo in the Roar goal, but it goes just wide of the post. 0-0

24′ PENALTY FOR LIONS: Following a late challenge in the box, Michael Theo steps up and denies Nathan Shepherd’s spot-kick with an impressive save that ensures the score remains level. 0-0

32′ CHANCE FOR ROAR: After dominant build-up play that tears up the right side of the pitch, Brett Holman finds Jack Hingert whose instinctive volley is well-saved by Luke Borean in the Lions FC goal. 0-0

61′ GOAL TO ROAR: Pacey winger Shannon Brady opens the scoring for the Roar, converting Jack Hingert’s cut-back with a powerful strike from close-range to put the Hyundai A-League side in front. 1-0

90′ GOAL TO ROAR: Midfielder Emilio Martinez plays a delightful through ball to fellow substitute Rahmat Akbari, who finishes calmly to seal the win for the Roar. 2-0