Brisbane’s Hyundai A-League team were the dominant side throughout the majority of the encounter controlling possession and field position while creating numerous scoring opportunities during the match.

Luke DeVere made his long-awaited return, completing an assured 45 minutes alongside Jade North in the centre of defence for John Aloisi’s men.

The Roar scored two well-taken goals in each half as the team continues to fine-tune preparation for the new Hyundai A-League season starting on October 7 against Melbourne Victory at Suncorp Stadium. 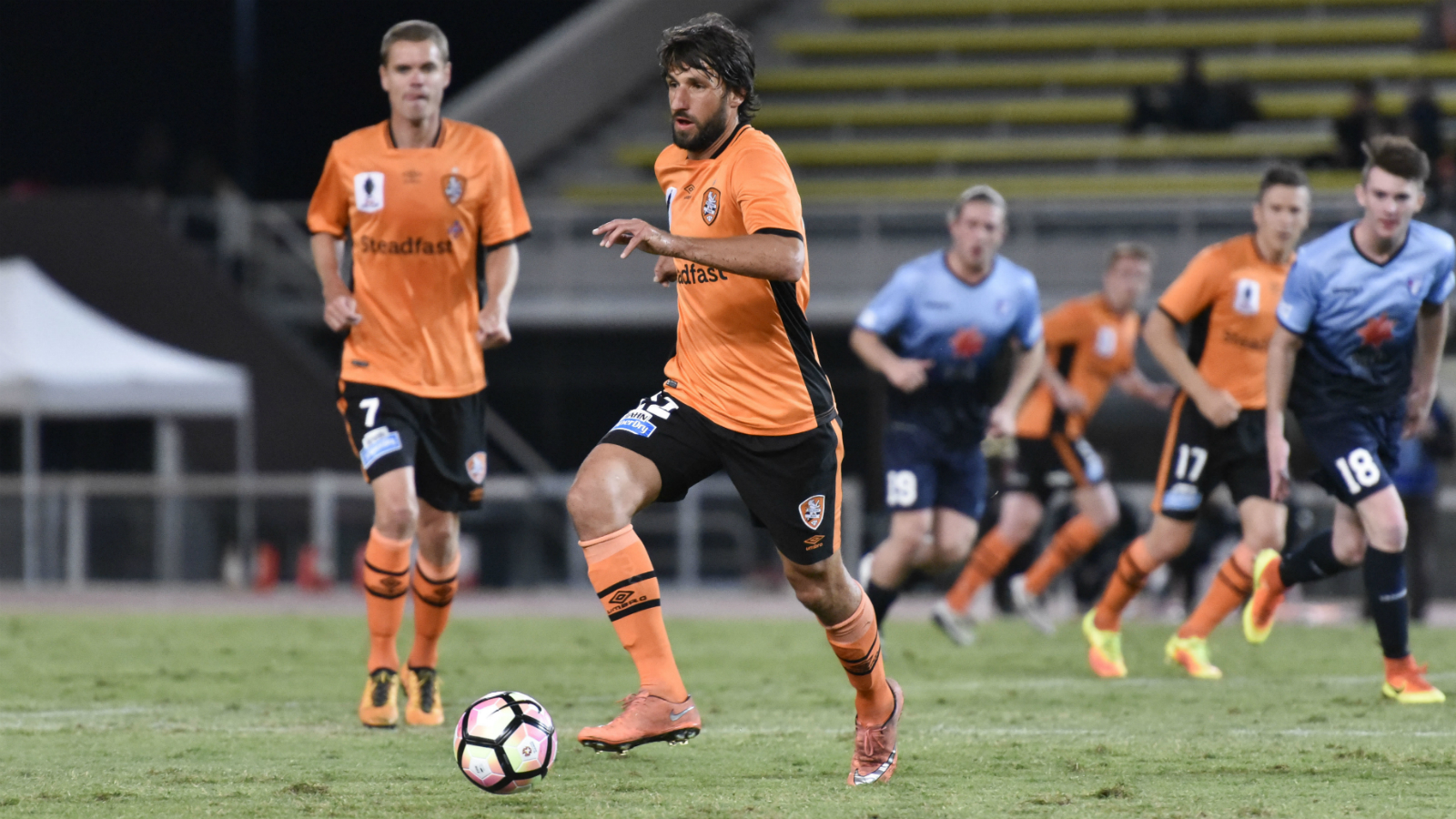 Head Coach John Aloisi was pleased with DeVere’s progress and performance in his first pre-season outing for the side.

“It was good to see Luke back out on the park again, he did well,” Aloisi said.

“He has returned a bit earlier than what we expected, his experience out on the park is important for us.

“You can see that it was only his first start but it was really positive to see him out there.”

Brisbane’s early dominance paid off in the 33rd minute when Dimi Petratos (below)  fired a low and hard strike across goalkeeper Jake Reesby to open the scoring.

An on-song Jamie Maclaren was a constant threat in the first half with his clever movement causing the BPL Select defence plenty of problems. 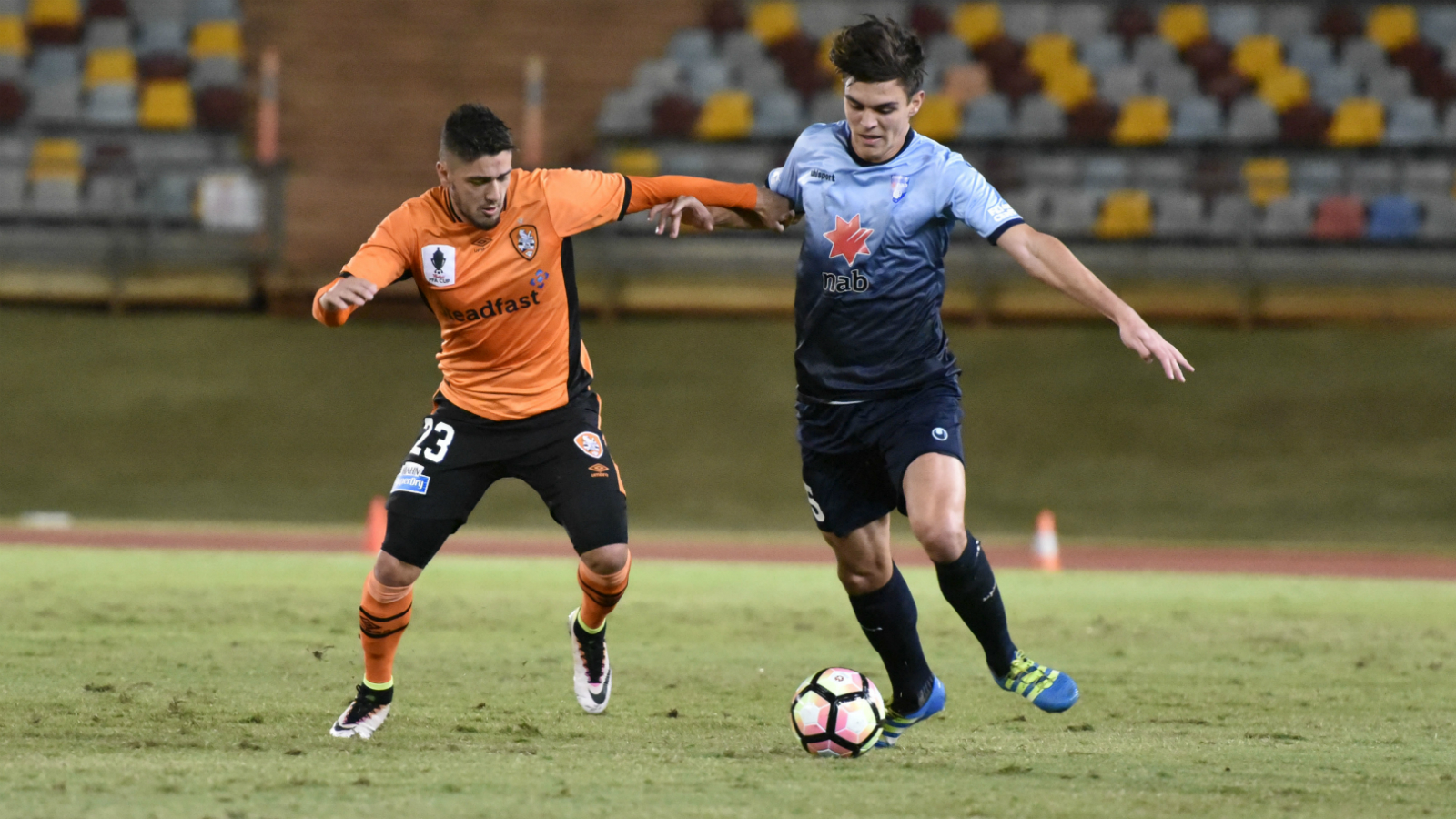 Maclaren was rewarded in the 39th minute when he notched his second goal in two pre-season outings to secure a 2-0 lead for the Roar at the break.

Former Roar player and BPL Select coach Warren Moon introduced an all-new 11 for the second half and the local stars did well to keep Roar scoreless for much of the second stanza.

Constant pressure from the Hyundai A-League side finally took its toll on the BPL Select team though. In the 86th minute defender, Daniel Bowles turned home from close range a perfect low pass from Young Roar’s Jesse Daley.

Daley (below)  and Leck were impressive for the Roar during the second half. An encouraging sign of the club’s depth of young talent.

The senior squad will now return to the training park in preparation for the September 10 pre-season clash against Central Coast Mariners at Spencer Park, Newmarket. 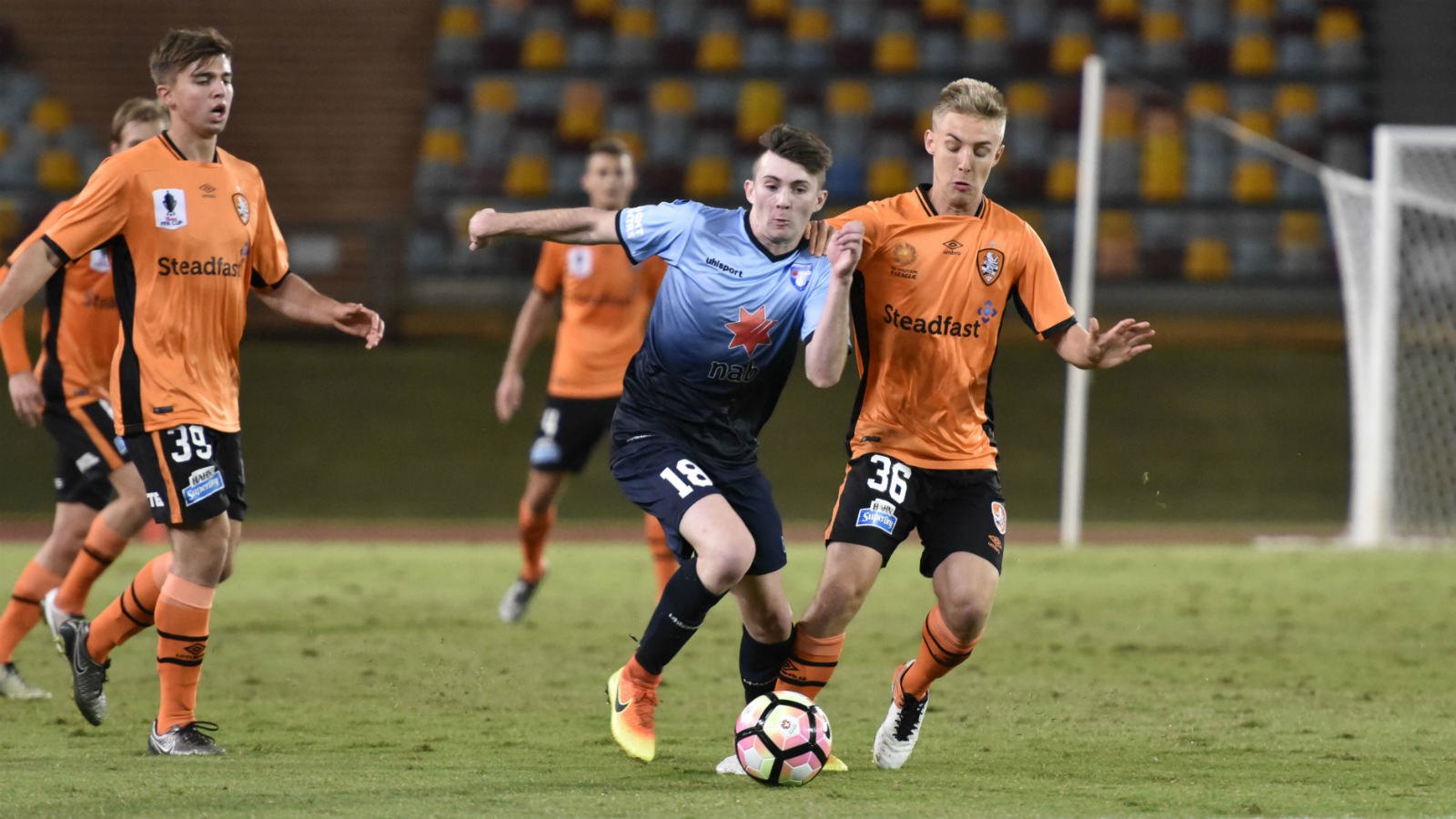 20’: CHANCE ROAR: Petratos pulls his shot wide of the upright after being picked out by Maclaren’s first time ball across goal.

29’: CHANCE ROAR: Maclaren intercepts Michael Ryan’s intended back-pass, but the defender recovers quickly to snuff out the chance with a last-gasp challenge.

33’: GOAL ROAR: BPL Select are punished for a turnover in their own half as McKay feeds Petratos, who exchanges passes with Borrello before shooting low and hard through the hands of goalkeeper Jake Reesby. 1-0.

39’: GOAL ROAR: Roar’s sweeping move from one end to the other results in Brown picking out Maclaren’s run to the near post for a tidy finish. 2-0.

54’: CHANCE BPL: Sekou Jomanday does well to get a touch on Dan Smith’s cross but the front-man steers the difficult chance beyond the far post.

76’: CHANCE ROAR: Broich slips a pass into the area for lively substitute Daniel Leck, but the young winger’s shot is beaten away by Brandon Cuminao.

85’: CHANCE ROAR: Joey Katebian forces a sharp save from Cuminao after being picked out in the area by Corey Brown.

88’: GOAL ROAR: Katebian breaks the offside trip and unselfishly lays off the chance to Leck (below)  , who applies the simple tap-in. 4-0. 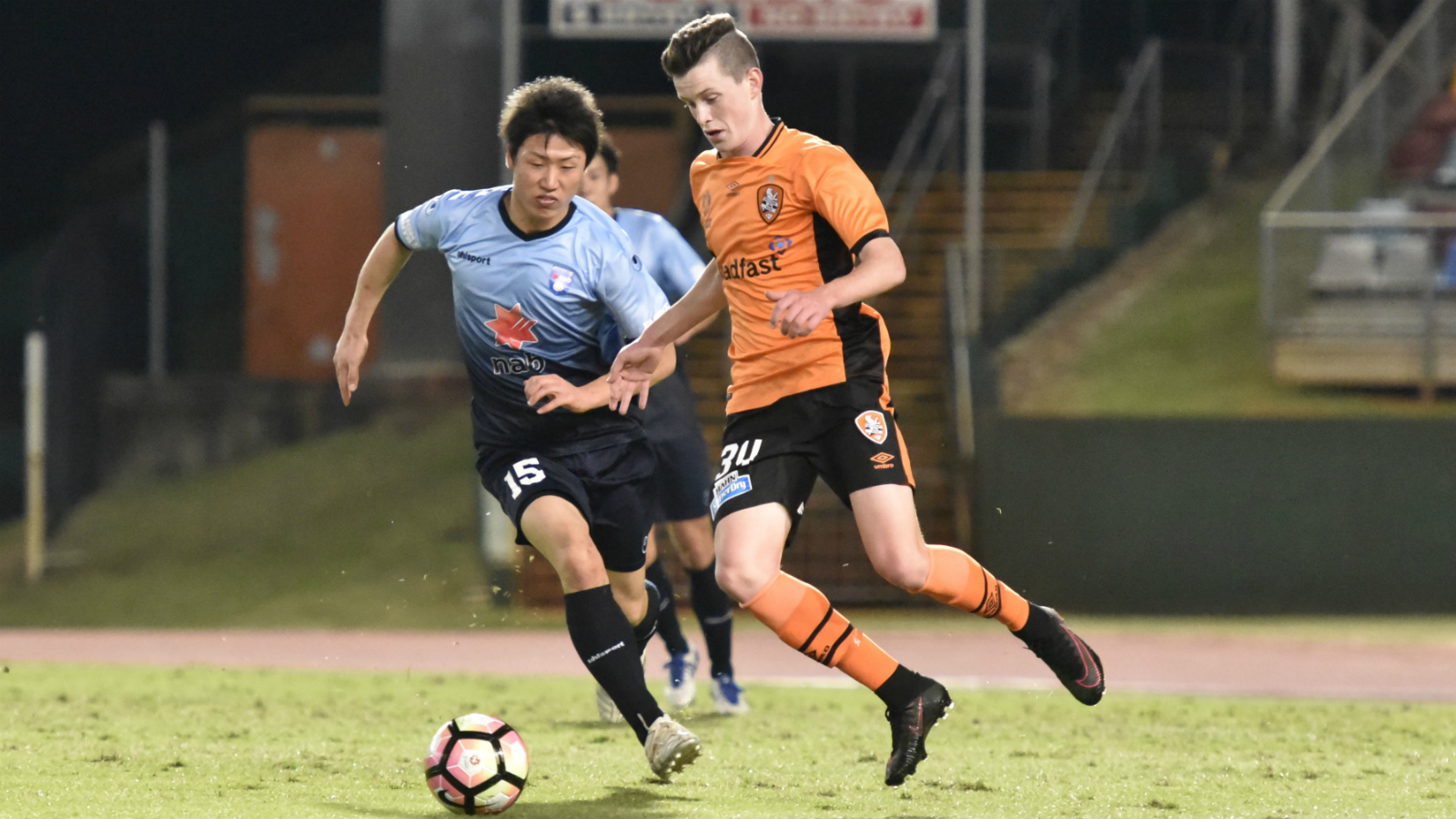