Brisbane Roar proved their character and resilience with a stunning 3-1 win over Sydney FC in challenging conditions in a Hyundai A-League Round 17 clash at Allianz Stadium tonight.

The Roar were boosted by the return to their Starting XI of the club’s three Australian Under-23 representatives – strikers Jamie Maclaren and Brandon Borrello (the side’s two top scorer) and defender James Donachie – and quickly buried the setback of consecutive losses in recent weeks.

A storm hit the stadium minutes prior to kick off but that didn’t stop the Roar from taking the lead just eight minutes after the whistle when Thomas Broich played a clever lob over three Sydney defenders to find Maclaren just five metres out on the left.

Maclaren’s first attempt hit the woodwork but rebounded back and he made no mistake with his second shot.

As the rain tumbled down, the Roar played measured football in the tricky conditions and went to the break with their one-goal lead.

The home side started the second half strongly and got back on even terms through an own goal, but the Roar dug deep and fought back to secure the points.

Two well-worked team goals in the the final 25 minutes sealed the match and the three points and took the Roar back into second place on the ladder behind Western Sydney.

Brisbane’s next match is a home fixture on Saturday, 6 February (4.15pm kick off) against the Luis Garcia-inspired Central Coast Mariners, who scored an upset 3-1 away win over Wellington Phoenix today.

The Roar will welcome their two millionth home fan to the match at Suncorp Stadium, and should they score three goals against the Mariners, will become only the second team in the competition to score 400 goals (after Melbourne Victory). 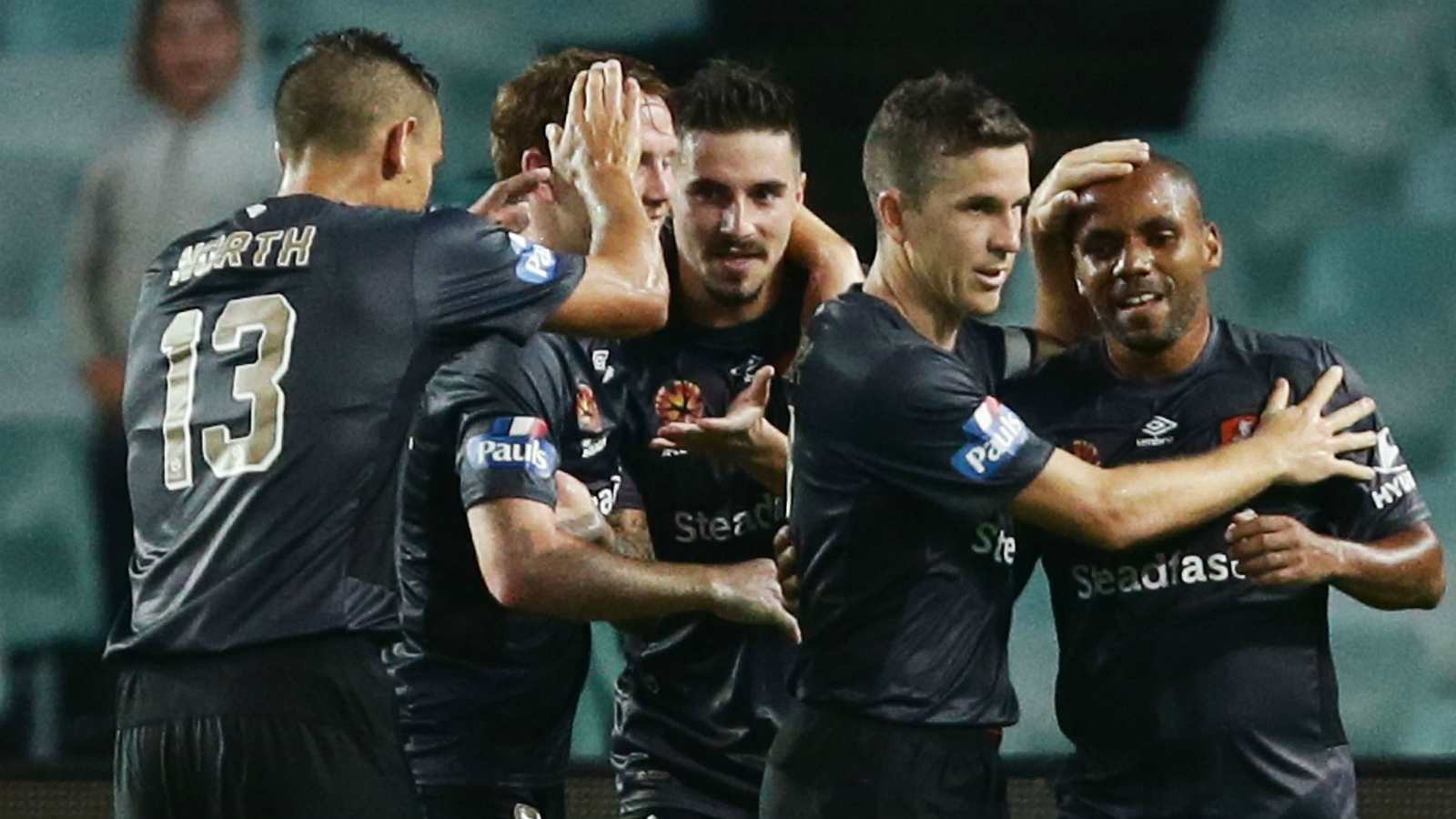 8′: Thomas Broich plays a sublime lob over three Sydney defenders to Jamie Maclaren who controls brilliantly and fires a quick shot on goal which hits the upright and rebounds back. The Olyroo makes no mistake on his second attempt to give the Roar a deserved early lead. 1-0

52′: Dimitri Petratos gives away a free kick just on the edge of the box on the left. Sydney’s Alex Gersbach hits a hard and curling shot into the six-yard box which catches Corona off balance and the ball hits hits outstretch leg and deflects into the net. 1-1

67′: From villain to hero. Dimitri Petratos makes a strong run down the right and plays a pin-point cross to the far post to find an unmarked Matt McKay who heads into the goal for the lead. 2-1

76′: Wonderful football from the Roar. The move starts in the Roar half with Dimitri Petratos playing a delightful pass through the flat Sydney FC defence for Henrique to run onto. The Slippery Fish stays focused as he runs into the six-yard box on the right, draws the defence and plays flat to his left where Jamie Maclaren is in support and has an easy tap into an open net. 3-1

What a difference three Olyroos made! With Jamie Maclaren, Brandon Borrello and James Donachie in the Starting XI, the Roar began strongly, weathered some horrendous conditions in the first half and closed out the game with a solid second 45 minutes. 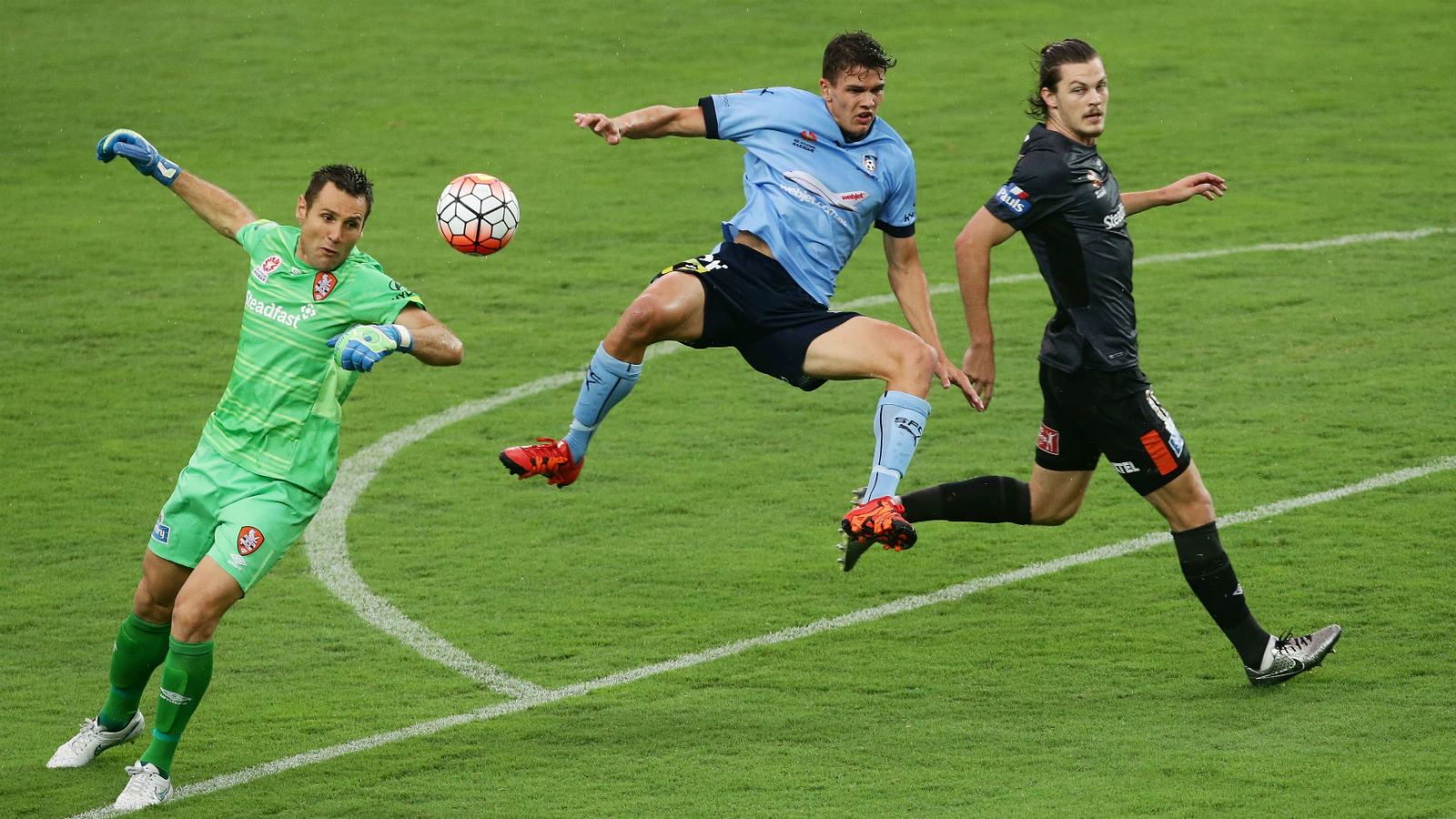 Roar Head Coach JOHN ALOISI: “What I really wanted from the players is a response from the last two weeks where we conceded eight goals.

“We had a lot of possession and dominated a lot of the game the last two weeks but didn’t do a lot with it.

“I wanted desperation in both boxes, defending and also in the final third and we showed that. It was a great response from the players and I thought they did well.”

Brisbane Roar captain MATT McKAY: “It is a great result for us. It is always a tough place to come. Sydney FC are a very good team, they have showed that this season so we are very happy.

“We just had a blimp in the last couple of weeks. It was about the reaction and I think we had a reaction tonight. It was good. Of course it helps bringing these three guys (the Olyroos) back into the side – a bit of energy and Macca (Jamie Maclaren) with those goals was brilliant again tonight.”

On his first goal of the season: “I don’t get many goals and not too many with my head either so I’m happy to contribute. Overall, not our best performance but I thought we really dug deep and it shows the character we’ve got and hopefully we can get on a roll now.”

Will you be our lucky two millionth fan at Suncorp Stadium when the Roar host the Mariners on Saturday, 6 February (4.15pm KO). Everyone in the stadium is in the running to win great prizes. Book your seats NOW by clicking here 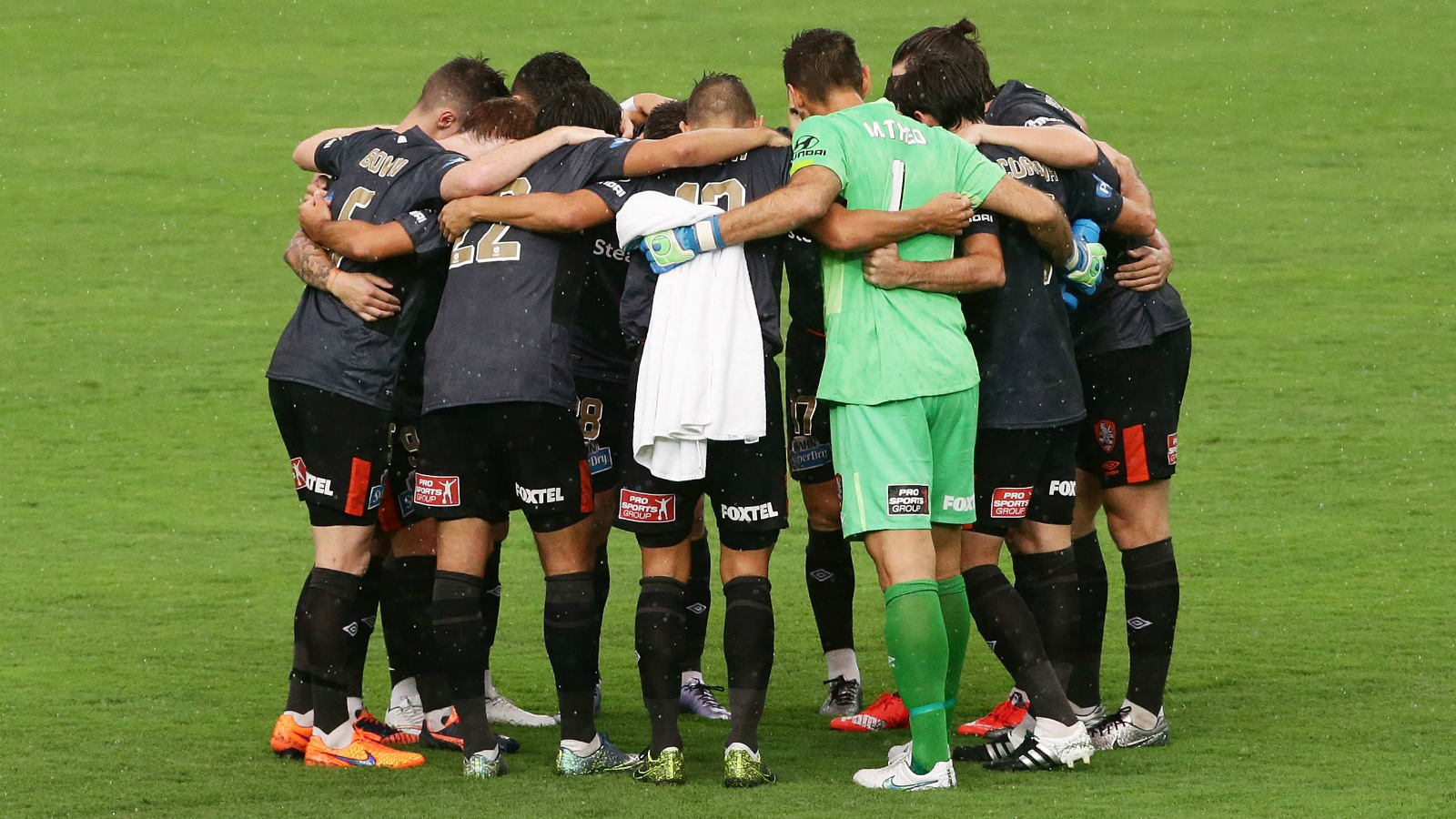