Brisbane Roar have come away with a well-earned point in a scoreless draw against Hyundai A-League leaders Sydney FC in a match defined by outstanding defence.

The result keeps the Roar in second place, one point behind the Sky Blues, with consecutive home games to come – versus Perth Glory FC on Sunday, 15 November (4pm kick off) then against Melbourne City on Friday, 20 November (7pm kick off).

There were few clear-cut scoring chances in a tight match played on a slippery and heavy pitch that, at times, made it difficult for the Roar to play their high-tempo short-passing game.

It was the Roar’s first consecutive clean sheets (following on from last weekend’s 3-0 win over Adelaide United FC) since Round 5 in the 2013/14 season.

The Roar’s Olyroo Jamie Maclaren got a glimpse of the goal in the 69th minute, but was smothered by Sky Blues defenders on the edge of the penalty box just as he was about to pull the trigger.

Brisbane defender Daniel Bowles had a tough chance in time added on when he dived to head a perfectly placed Corona free kick but couldn’t get his attempt on target.

Roar goalkeeper Jamie Young made a diving save in the fifth minute to parry away a Shane Smeltz shot then, with the assistance of his resolute back four, comfortably handled anything Sydney FC could create after that.

The closest the home team came to scoring was in the 81st minute when an Andrew Hoole free kick from 25m on the left bounced through a throng of players in the six-yard box but continued through untouched out for a goal kick. 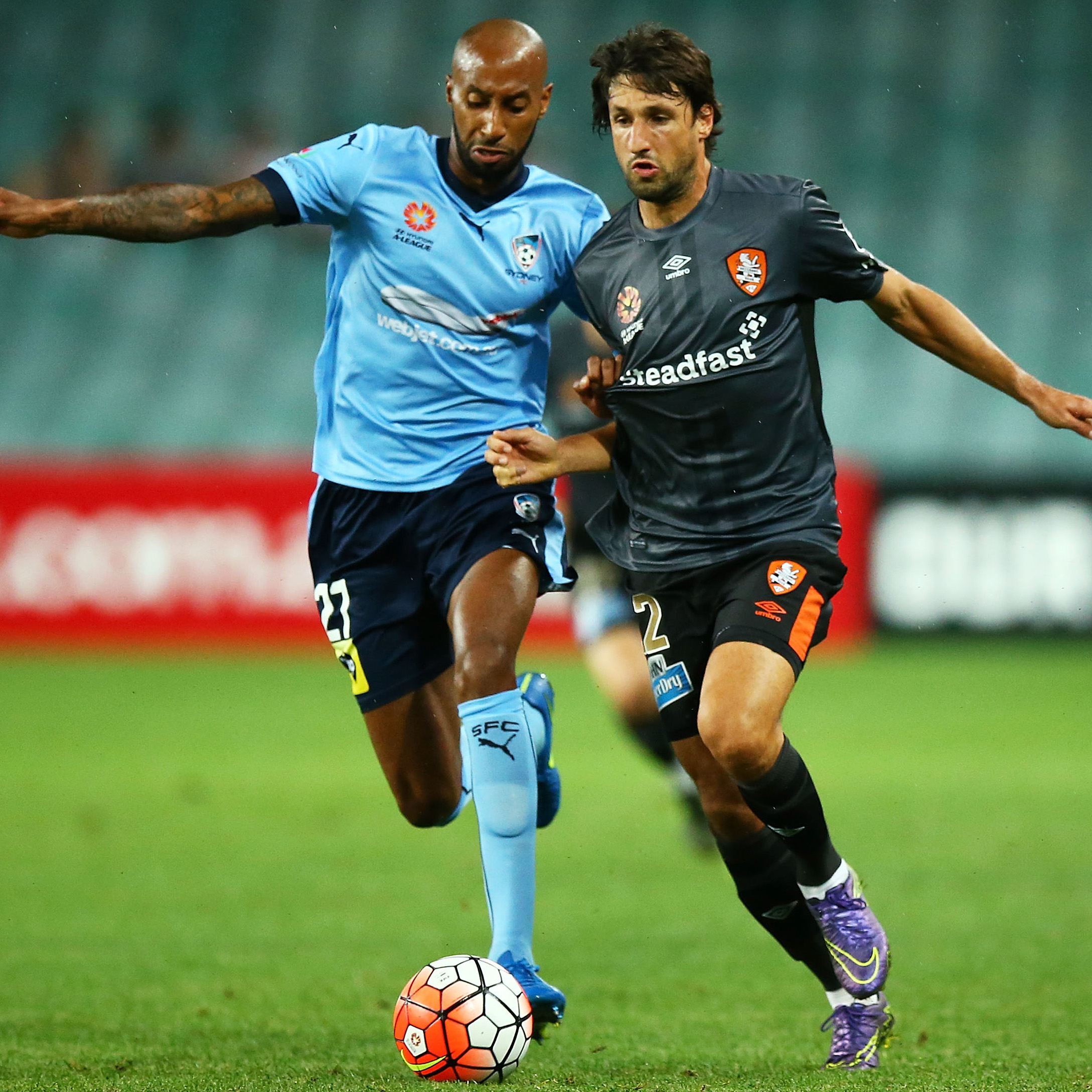 A scoreless match where both defences were superb.

The Roar’s first chance to score came in the 69th minute when Jamie Maclaren showed great skill on the edge of the box but was smothered by Sydney defenders just as he shot.

Defender Daniel Bowles also had a good opportunity in time added on when he dived to head a curling Corona free kick but couldn’t steer his attempt on target.

Brisbane Roar Head Coach John Aloisi: “I thought we defended quite well . . . our boys at the back did really well.

“The second half we started to control the game a little more . . . but we struggled to create tonight and that’s a credit to Sydney FC.”

Brisbane Roar captain Matt McKay: “We defended well, another clean sheet which is important for us.

“They had a fairly defensive mindset . . . we couldn’t break them down as much as we wanted to. It was one of those grinding games for us. We put in a performance and to come away with a point in Sydney is not too bad.”

The Roar are renowned for their attacking style, but this game showed we also have a Championship-class defence. Stats say Sydney FC have the best defence in the League right now . . . our boys were the equal if not better tonight.

We are back home now for two consecutive games, Perth Glory FC on Sunday, 15 November (4pm kick off) then against Melbourne City on Friday, 20 November (7pm kick off). We lose three players to international duty next week which will give other squad players the chance to step up and contribute. 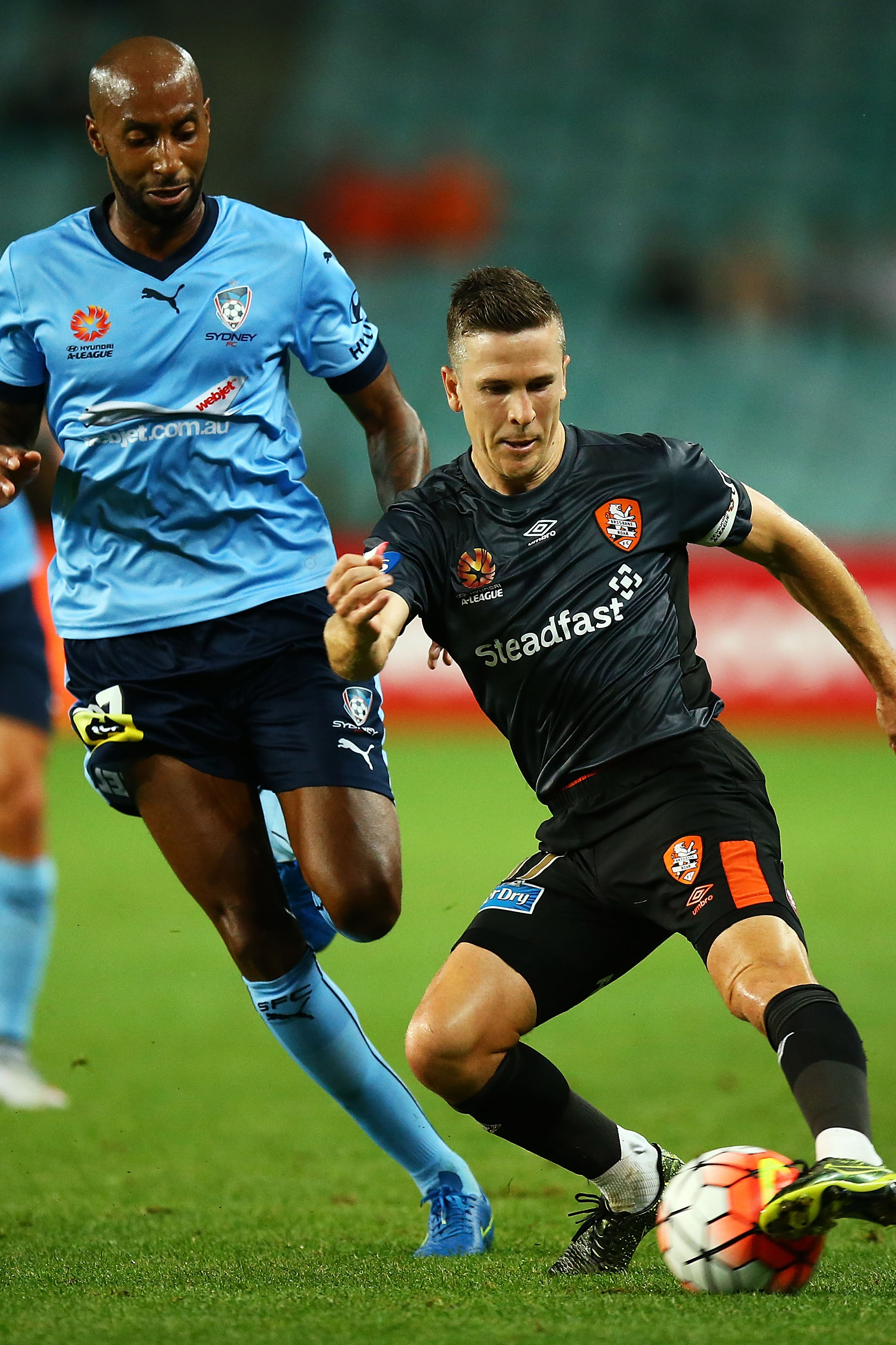