Brisbane Roar’s unbeaten start to the Hyundai A-League 2015/16 season has ended with a tough 3-2 away loss to Wellington Phoenix.

The Roar scored first, then showed their resilience to claw back to 2-2 after 60 minutes before the home team scored the winner in the 78th minute.

The thrilling match was full of end-to-end action and both sides could have added further goals to the score sheet.

Jamie Young replaced the injured Michael Theo, Jerome Polenz came in a right back (with Jack Hingert switching to the left) while Dimitri Petratos got the nod in midfield ahead of Steven Lustica.

Petratos got his team into the lead after 26 minutes when he skilfully finished a good team goal that included a clever cross-field run and well-weighted pass by Thomas Broich.

Young and the Roar defence could do nothing to stop a spectacular free kick from Wellington’s Michael McGlinchey in the 36th minute which put the match at 1-1 at half-time.

The home team took the lead in the 49th minute when they punished the Roar on the counter-attack but Brisbane kept working hard and played their way back into the match.

On their 10th corner of the game (compared to Wellington’s five corners at that stage), Corona’s looping kick into the peanlty box was not cleared by the Wellington defence and it fell to Jade North at the far post.

The defender showed great skill to keep his shot low and under Phoenix keeper Glen Moss for an equaliser.

With a draw looming as a fair result for a tough, entertaining match, a Phoenix substitute who had been on the field just two minutes ensured his side got all three points.

A cross from the left wasn’t cleared by the Roar defence and bounced through to the far post where Blake Powell had an easy tap in for a Phoenix winner. 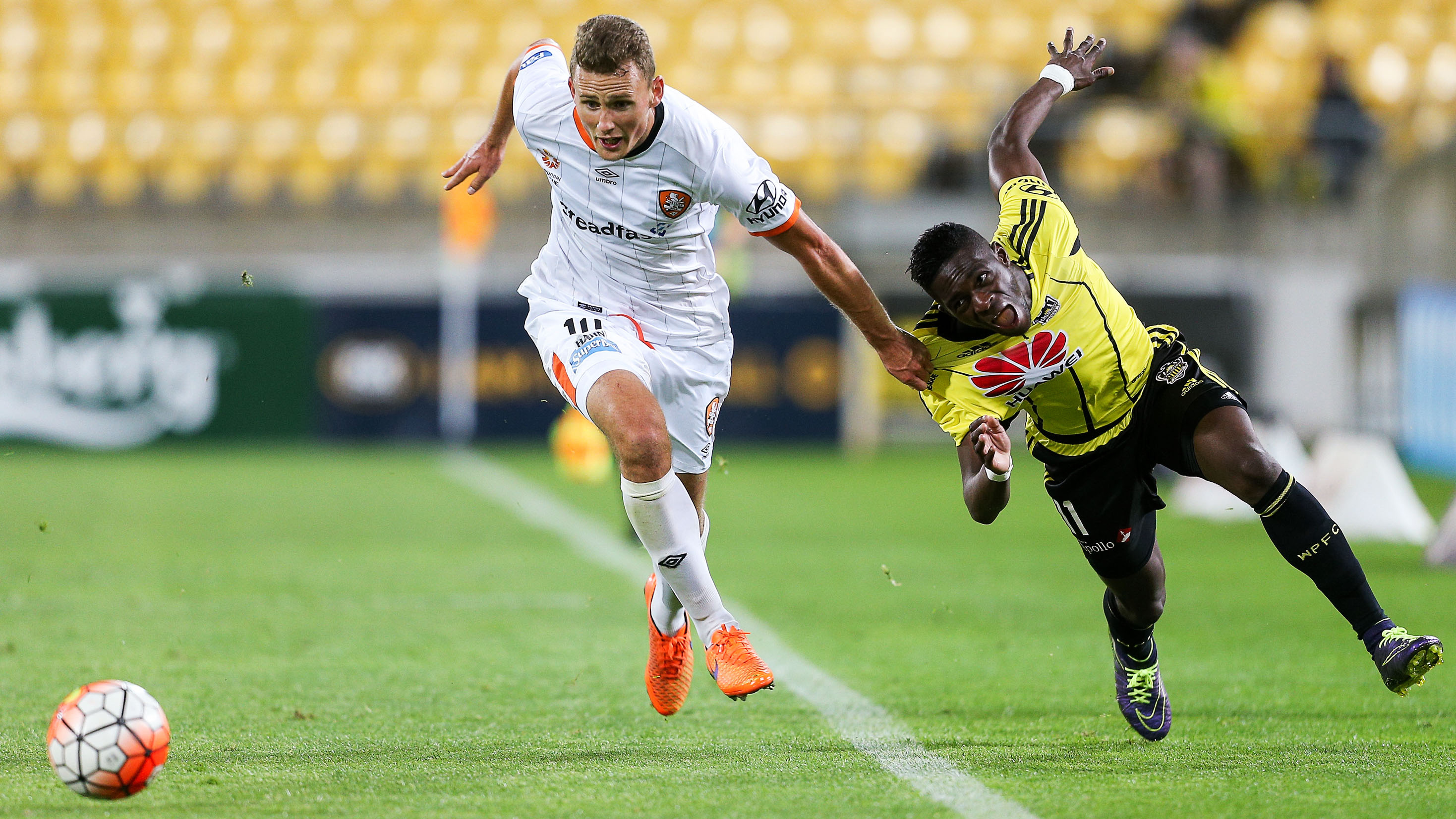 26′: The move started deep in the Roar half on the left when Jack Hingert passed to Matt McKay who then moved it on to Thomas Broich. The German then made a 25m run from the sideline into the centre and passed to the feet of Dimitri Petratos on the edge of the box. The No.23 controlled well, then cut back and curled a left-foot shot from 16m inside the far post. 0-1

36′: What can we say? A gem of a right-foot free kick from about 25m by Michael McGlinchey that cleared the wall then dipped wickedly into the left of the goal and out of the reach of a full-stretched Jamie Young. 1-1

49′: The Roar lost possession in the front third and Phoenix used their pace to counter attack quickly. The bounce didn’t favour the Roar defenders and Jeffrey Sarpong controlled cleverly and laid it off for Roy Krishna who buried his shot from the right-hand corner of the six-yard box. 2-1

60′: A Corona corner bounced in the box and wasn’t cleared by the Phoenix defence. It fell to Jade North at the far post who showed great technique to keep his right-foot shot down and under keeper Glen Moss and into the net. 2-2

78′: Tom Doyle surges down the left and plays a low cross that some how evades a clutch of Roar defenders and falls to Blake Powell (who had been on the field just two minutes) who was in space at the far post and he taps in from a metre for the winner. 3-2

Brisbane Road Head coach John Aloisi: “”They (the players) know it was an opportunity missed becaused we felt we could have got something out of that game.

“We said after Round 2 that there was still a lot to work on and we’ll keep on looking to improve and make sure next time we’re better.”

The last goal was a heart-breaker as the boys had worked so hard to get back on level terms. It is hard to work out though how the low cross evaded so many defenders and found an unmarked Phoenix player at the far post.

The boys need your support now more than ever. Make sure you have your tickets for our next home game against Adelaide United FC next Saturday, 31 October, at Suncorp Stadium (6.30pm kick off). For tickets (it’s a special Halloween night party theme), click here. 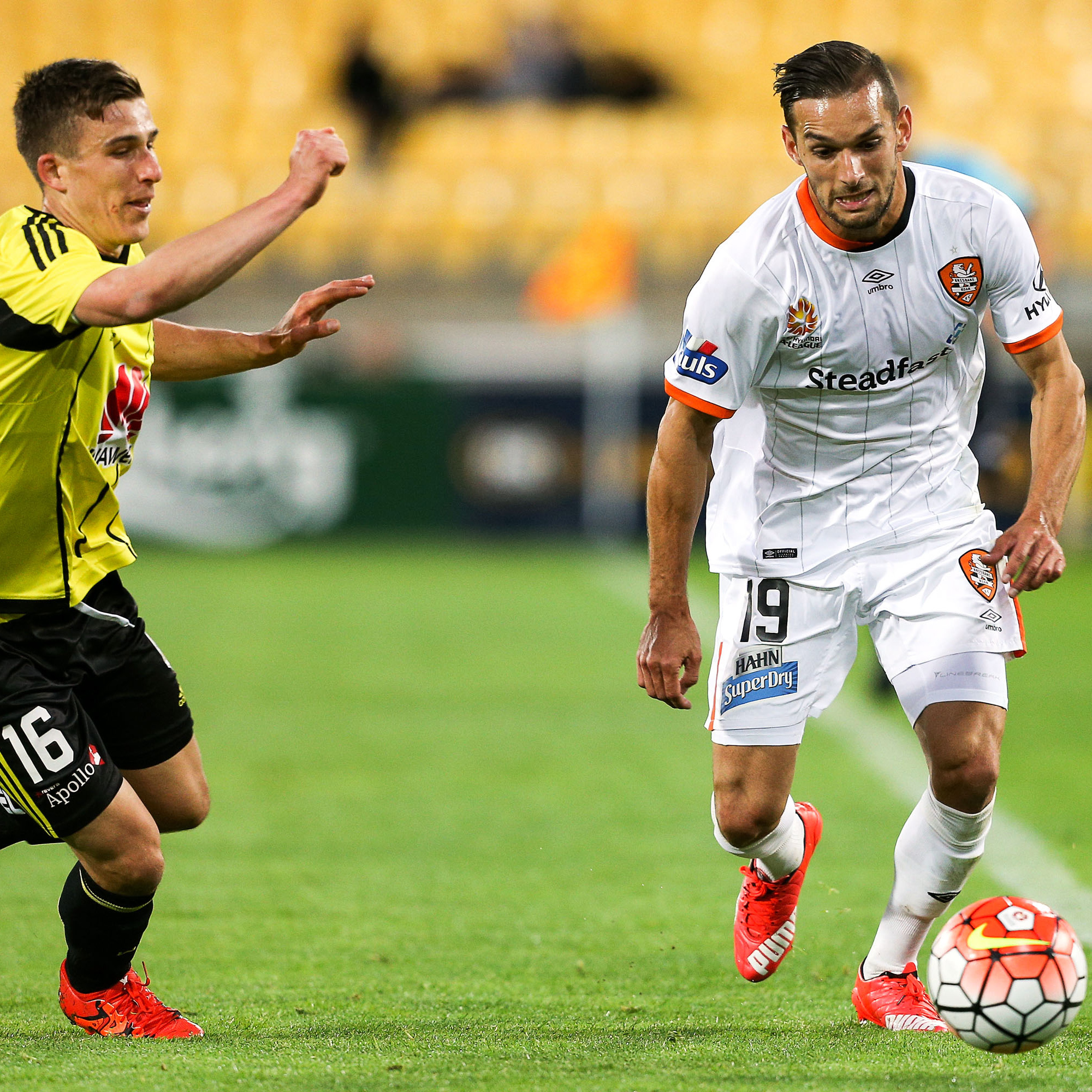