Brisbane Roar head to Cairns next week taking plenty of positives out of an unlucky 2-1 loss to Hyundai A-League leaders Western Sydney Wanderers.

It took a wonder goal from former Roar player Mitch Nichols to deliver all three points to the Wanderers, their sixth consecutive victory, after the Roar had levelled the scores in the first half.

The Roar, who had gone five games without defeat, were controversially denied an emphatic penalty appeal for handball in the final minutes after a match in which they continually attacked the Wanderers and produced enough chances to at least earn a draw.

“I am proud of the boys, the way they performed and the way we kept on going and the football that we want to play . . . but disappointed to lose,” said Roar Head Coach John Aloisi.

The Roar dominated the opening stanza but conceded a goal against the run of play in the 29th minute.

Nichols picked up the ball on the left, dribbled across the edge of the penalty box and curled an unstoppable right-foot shot into the far side of the goal for the winner.

With Suncorp Stadium unavailable because of concert bookings, the Roar head north this week to play the first ever Hyundai A-League fixture in Cairns against Wellington Phoenix, who were 2-0 winners over Melbourne Victory today.

The Roar arrive in Cairns on Wednesday afternoon and have a busy program of fan engagement on Thursday, including a training session open to the public. 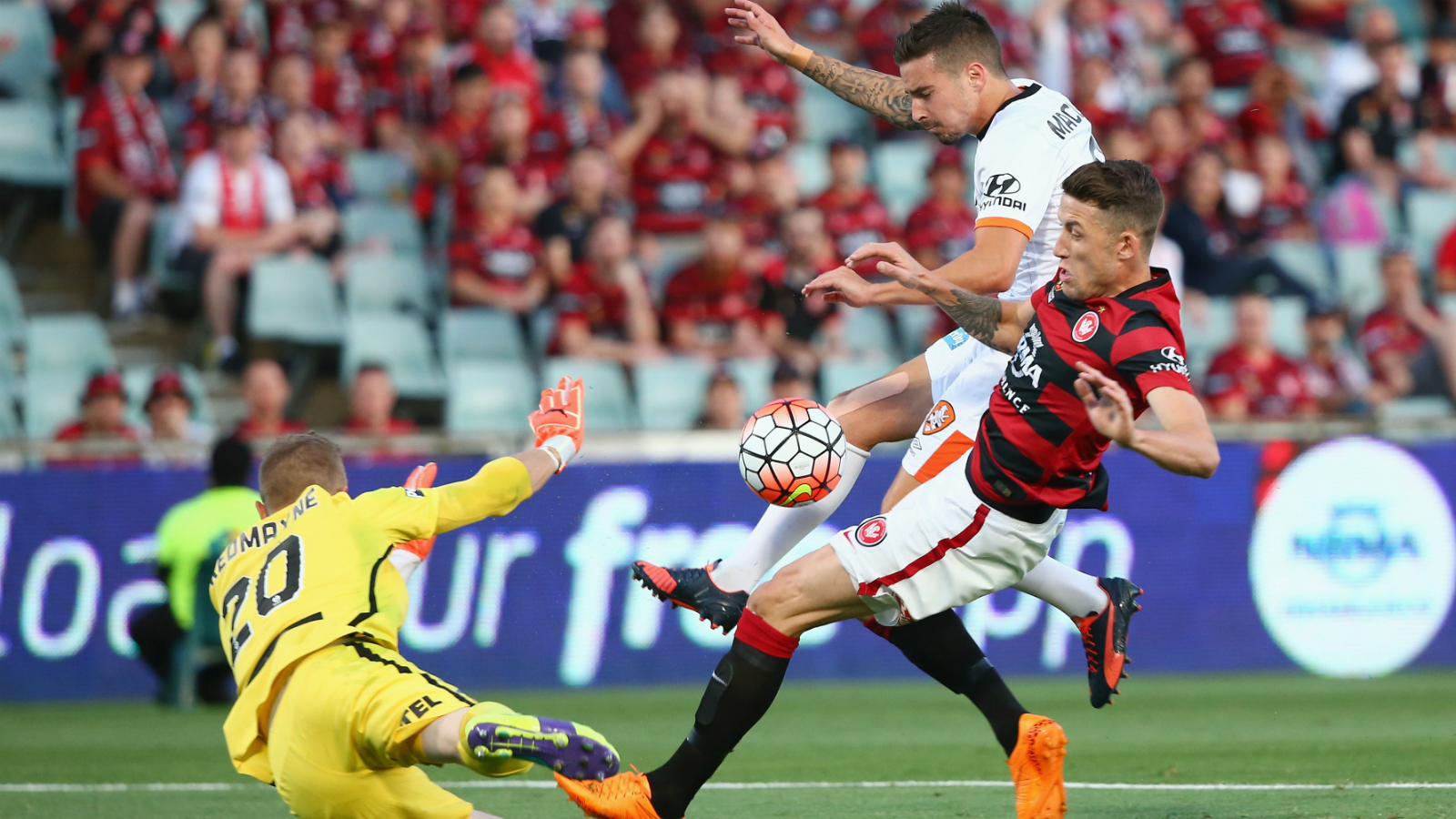 29′: After a period of sustained Roar possession, Andreu launches a Western Sydney counter-attack down the left. Romeo Castelen dribbles through several Roar defenders to the edge of the box. His cross hits a Brisbane defender and falls perfectly for Mark Bridge at the far post for a simple tap in. 0-1

36′: The Roar didn’t drop their heads and kept pressing Western Sydney. Thomas Broich pounced on a loose pass 25m out and despite being at full stretch played a perfect through ball for Jamie Maclaren. The Roar No.9 had Wanderers defender Nikolai Topor-Stanley on his shoulder but held off the challenge and expertly chipped his shot into the net over the advancing Western Sydney keeper Andrew Redmayne. 1-1

79′: Brisbane were dominating play and out of almost nothing, former Roar player Mitch Nichols took a pass on the left, dribbled a few metres across the box and curled a right foot shot into the far side of the goal. 1-2

Brisbane Roar Head Coach John Aloisi: “We thought that we performed really well away from home against a side that is probably the form side of the competition. We felt that we should have got something out that game.

“We created a number of opportunities, we played some really good stuff.

“Our last three results have not gone for us but the type of football we have played and the way we have created a number of chances, the wins will come. We are not too stressed about that.”

Roar captain Matt McKay: “It was a pretty good quality game. We played our stuff once again and that final third for us was close. We created chances which was great. We were disappointed not to get anything out of the game. We can take some positives out it . . we are playing some good stuff at the moment.

“If we continue to improve our side will be there or thereabouts at the end of the season.”

Wanderers striker and former Roar player Mitch Nichols: “Brisbane are a great side and they pushed us tonight and I think we were probably luck to get three points.”

In the 10th minute the Roar’s Shane Stefanutto gets a yellow card and concedes a free kick just outside the box for a ball which appeared to hit his back. In the 92nd minute the ball clearly hits the hand of Wanderers’ Jacob Pepper inside the six-yard box and play is waved on. Go figure!

The Roar Goes Troppo and heads to Cairns this week. The boys arrive on Wednesday night and have a huge program of fan engagement on Thursday including a training session open to the public. See you there!! After that we are away to Central Coast Mariners on Sunday, 20 December (4pm KO Qld time) then return to Suncorp Stadium (where the surface will be re-laid after the Taylor Swift concert) to play Melbourne City on Sunday, 27 December 27 (6pm KO Qld time). For tickets to that match click here 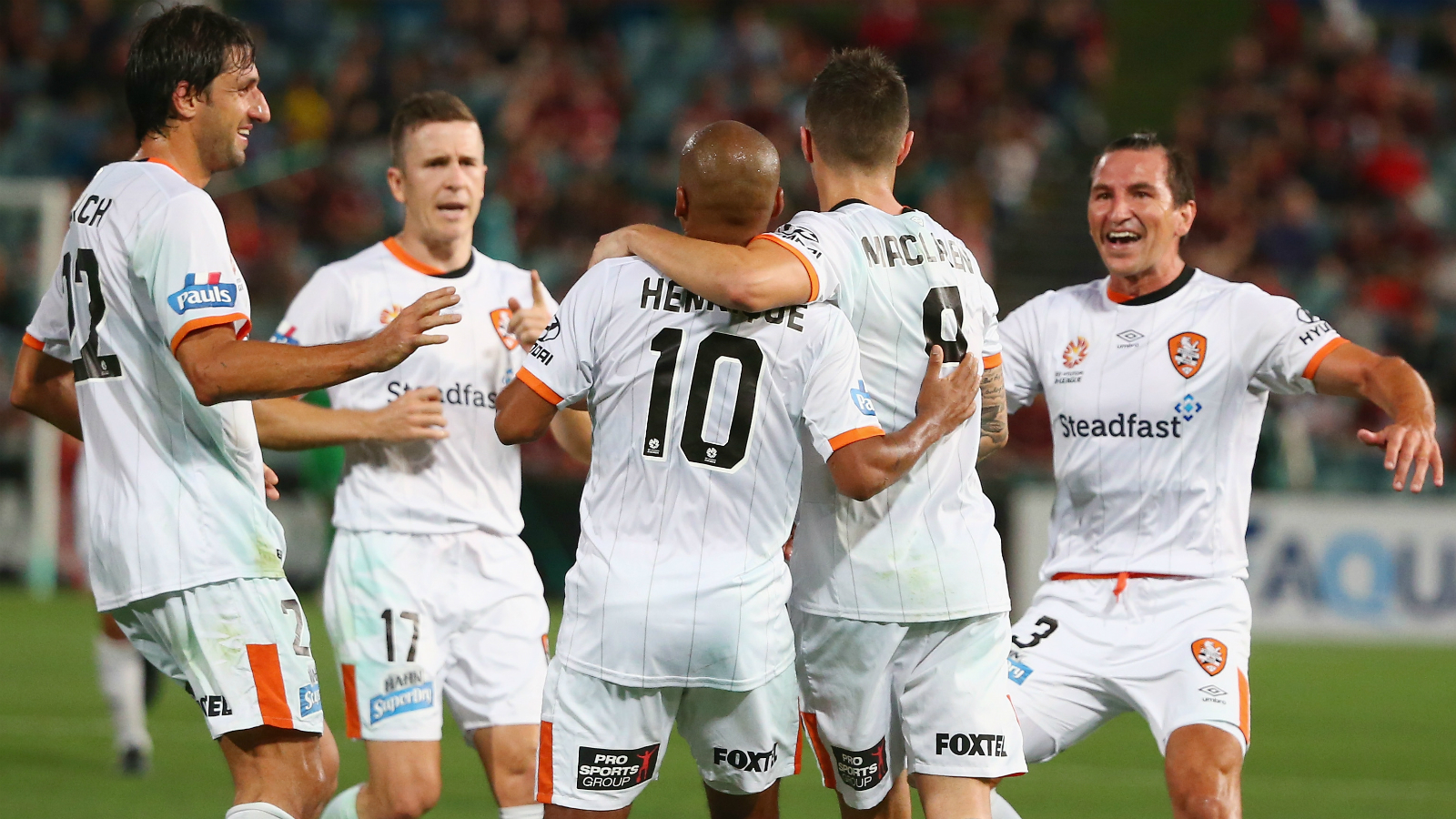