Brisbane Roar Women have fallen to their first defeat of the Westfield W-League 2015/16 season, going down 2-1 to Adelaide United in an end-to-end thriller at Cleveland Showgrounds.

After two wins in the first two rounds, and the club’s three Westfield Matildas back in the side after missing last weekend’s 3-0 win ove rWestern Sydney, the Roar Women had high expectations against the Lady Reds, who came into the match with just a point on the board.

But the Roar were stunned 10 minutes into the game when Adelaide used a quick corner to set up former Queensland-based Rosie Sutton, who scored from close range.

The match then became entertaining end-to-end football with Adelaide using the long ball to set up breaking attackers and Brisbane trying to counter with their passing game through midfield.

It took some individual brilliance from Westfield Matilda player Katrina Gorry to level the scores when she hit a powerful and pinpoint shot from 22m that cannoned into the goal off the far upright in the 23rd minute.

While Brisbane had plenty of possession in the second half, their forwards were continually blocked by the solid Adelaide defence.

Despite a glut of possession, Brisbane were punished for a moment of indecision in the 52nd minute when the Roar defence allowed a high ball to bounce on the edge of their penalty box and it fell for Adelaide youngster Emily Condon, who snapped her shot into the net for the winner.

Brisbane pushed hard for an equaliser in an often physical encounter (the match saw three yellow cards) but the Adelaide defence with their long-ball clearances, and some wonderful goalkeeping by Kaitlyn Savage, held the home team out.

A positive for the Roar though was the impressive debut by new signing, Kiwi international Kirsty Yallop. She came on as a second-half substitute and was denied a debut goal three minutes later by Savage, who held the New Zealander’s blistering 20m shot. 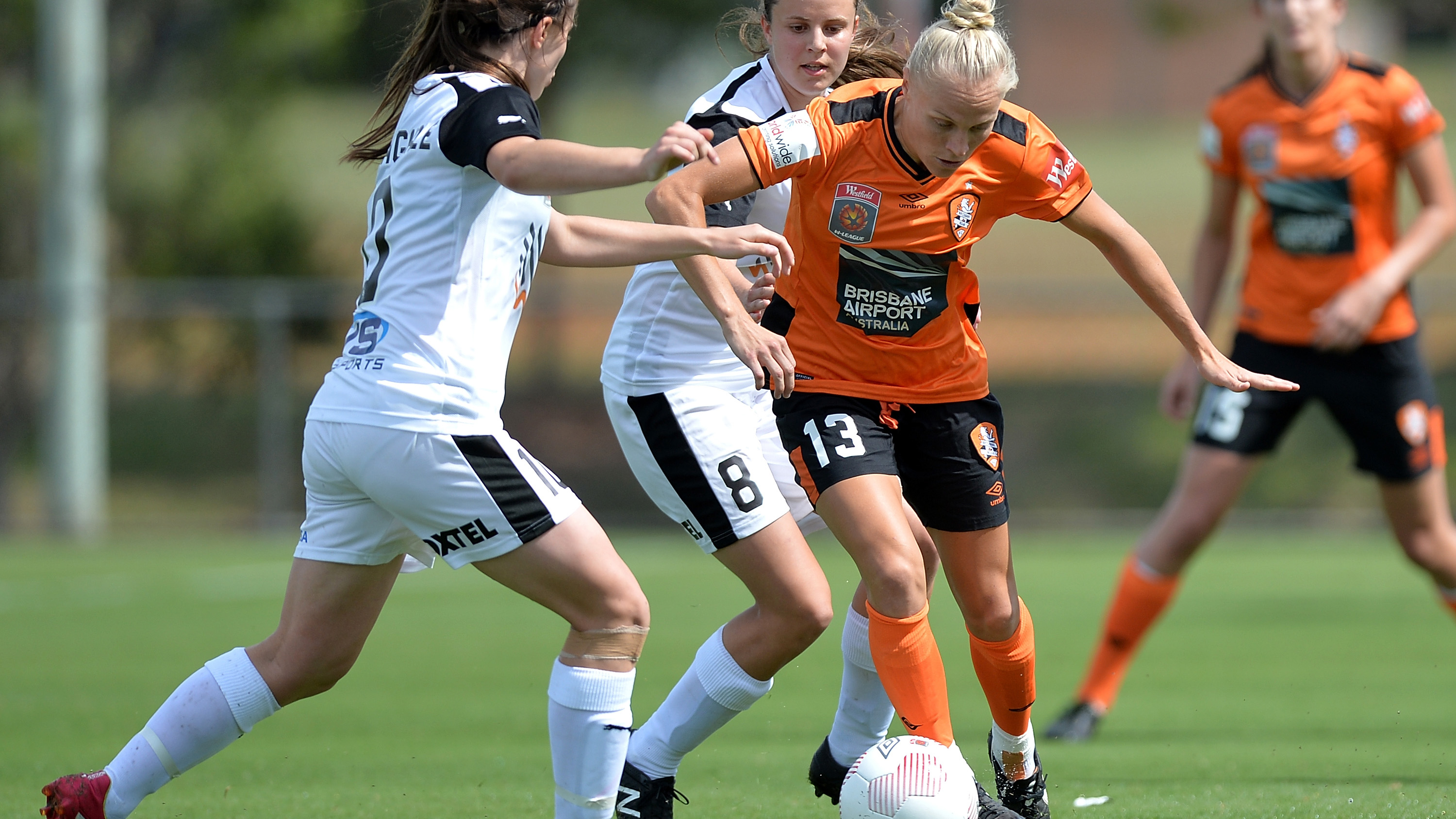 10′:  Roar goalkeeper Haley Kopmeyer made a brilliant diving save to her left and parried the ball wide. Adelaide took the corner quickly and whipped it in to former Queensland-based Rosie Sutton to score from close range. 0-1

23′: Westfield Matildas midfielder Katrina Gorry was at her busy best for the Roar and dribbled through the midfield. She looked up about 25m out and fired a powerful and accurate shot that evaded Adelaide keeper Kaitlyn Savage to hit the base of the far upright and ricochet into the goal for the equaliser. 1-1

52′: At first it looked like a nothing ball, looped in high from the left by the Lady Reds’ Lauren Steer. But the Roar Women let it bounce on the edge of the box and suddenly they were in trouble. It fell favourably towards the goalmouth and youngster Emily Condon burst from a pack of players to get there first and slotted her shot under a stranded Haley Kopmeyer for the winner. 1-2

She was only on the field for just over 27 minutes but New Zealand international Kirsty Yallop showed why she will be a real acquisition for the Roar Women this season and was unlucky not to score with a blistering long-range shot in the 68th minute. 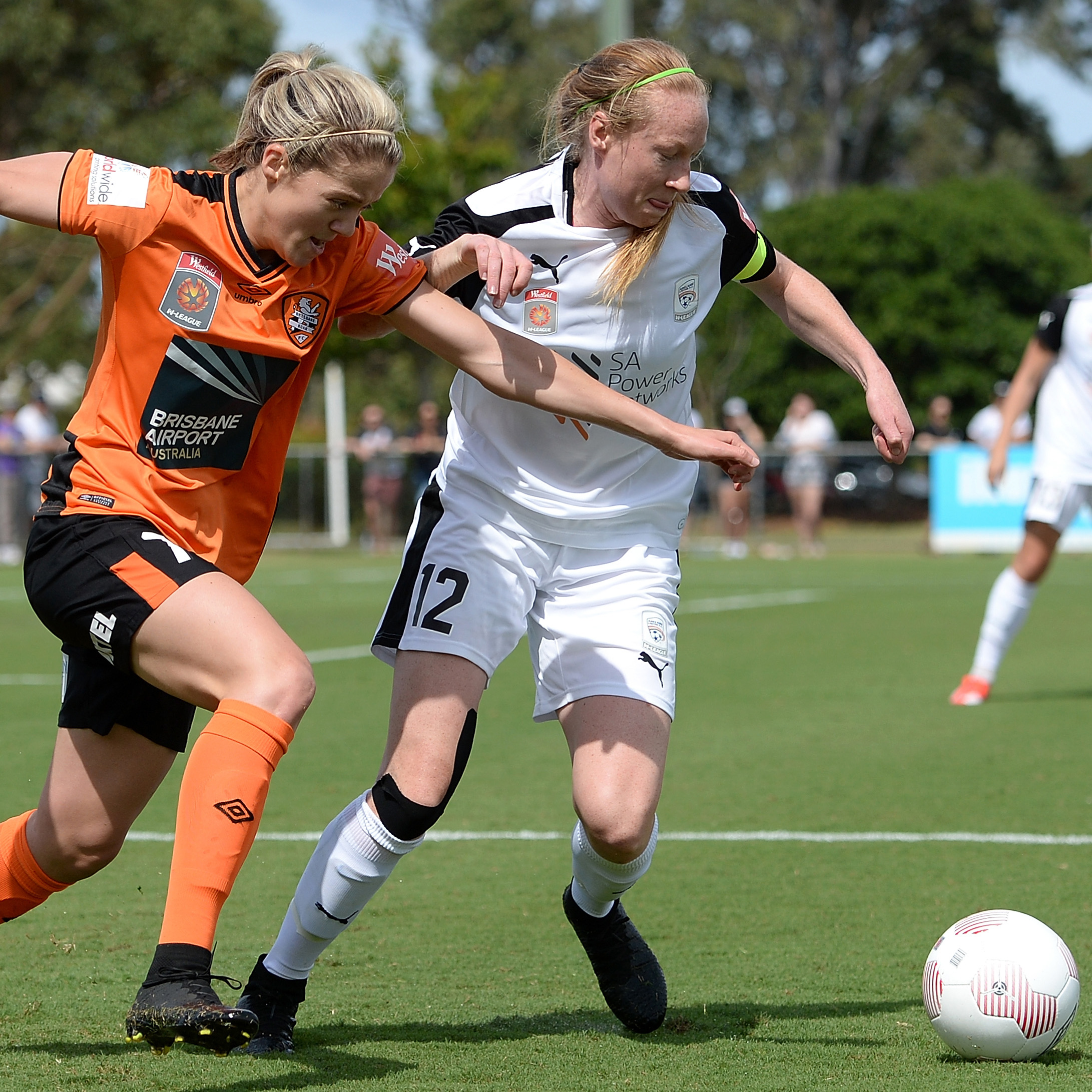 Roar Women Coach Belinda Wilson: “We were expecting them to play long and I think we possibly didn’t handled that very well. It was about how we reacted to that and remembering what we had been working on in training.

“We’ve got to maintain our positiveness and the belief we have within the playing group and make sure we come back into training next week with a positive mindset.”

Roar midfielder Katrina Gorry: “A little disappointing. After two wins in the past two weeks we were coming out for the three points. Really disappointed to lose that match after the preparation we had.

“We tried to do as much combination play as we could but we couldn’t break them down. I think that’s something we need to work on.”

The Roar Women have a bye this weekend before taking on Perth Glory in another Suncorp Stadium double header on Sunday, 15 November (1pm kick off). They certainly won’t be taking the weekend off with Coach Belinda Wilson determined to use the time to work on strengthening the structures within her side.