Brisbane Roar Women have vowed to keep fighting for a finals berth despite an unlucky 1-0 loss to Melbourne City in their Westfield W-League clash at Broadbeach today.

The three points continued Melbourne City’s record-breaking unbeaten run in the competition and clinched them the Westfield W-League Premier’s Plate with games in hand.

They have won all 10 games they have played this season and are 11 points clear of Canberra United in second with three rounds remaining.

City have scored 32 goals and conceded three so far which further underlined the Roar Women’s brave performance in defeat today.

Despite conceding a goal after just six minutes, they never dropped their heads.

The Roar Women had a strong 15 minutes leading up to the half time break and dominated for long periods in the second 45. 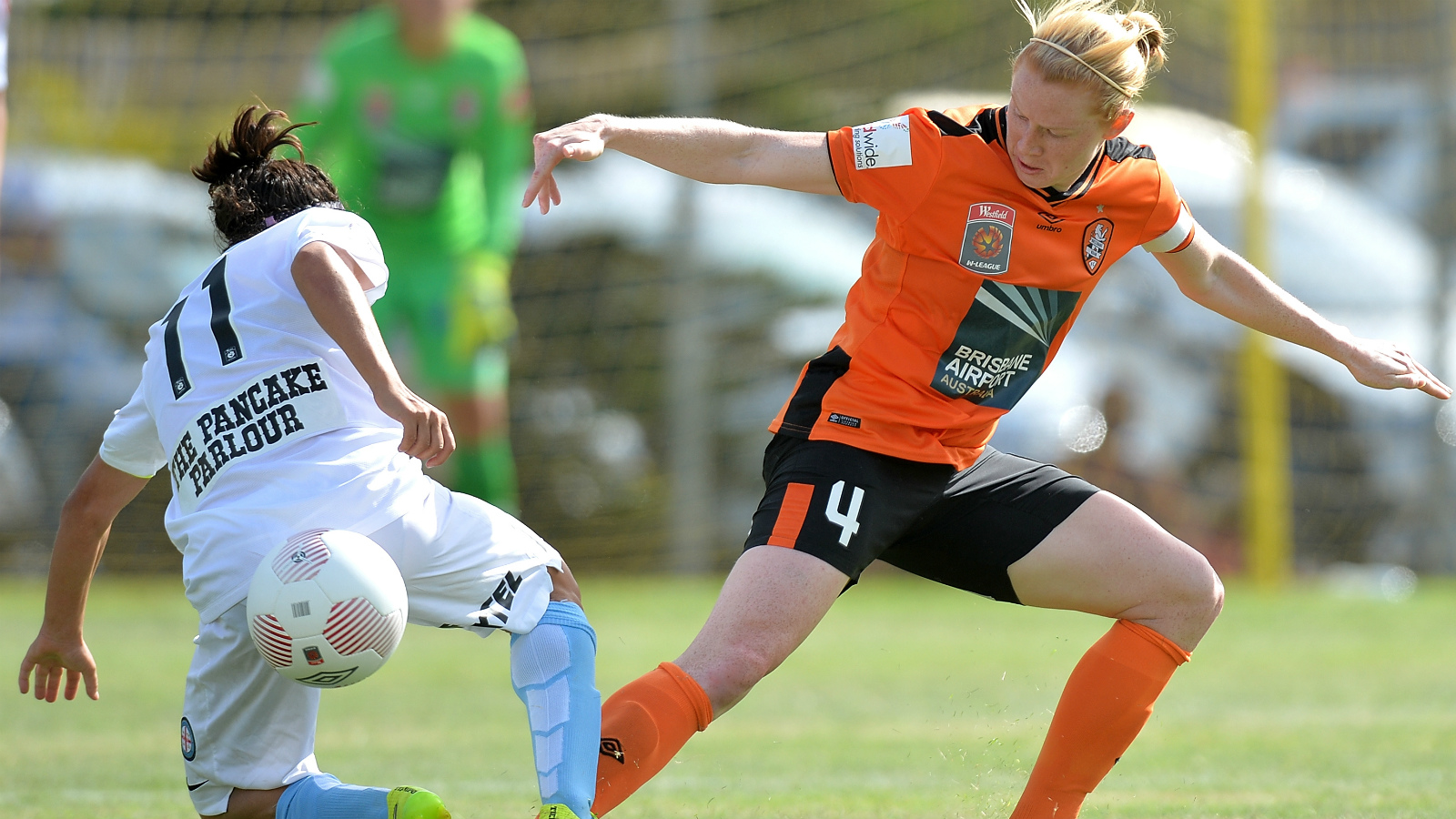 Matildas Clare Polkinghorne (above), Tameka Butt and Katrina Gorry were leaders, as always, while Haley Kopmeyer made a string of superb saves, young fullback Angela Beard gave another impressive performance beyond her years and Ruth Blackburn (below) was a tower of strength in the back line.

The result means the Roar Women now must win all three remaining games and hope other results go their way to make the top four.

But the girls are brimming with self-confidence after this fighting effort on top of last week’s demolition of Sydney FC.

“There’s everything to play for and there is no reason we can’t win our last three games and make the finals,” Gorry said.

Roar Women Coach Belinda Wilson said it was a privilege for her squad to be hosted by the Gold Coast.

“Today was an opportunity where we could come out in the regional areas and grow the game and hopefulyl inspire another generation of kids to come and play for the Brisbane Roar,” Wilson said.

“Hopefully we can come out with a similar performance come January 10 when we come back here (Broadbeach) to host the Victory.” 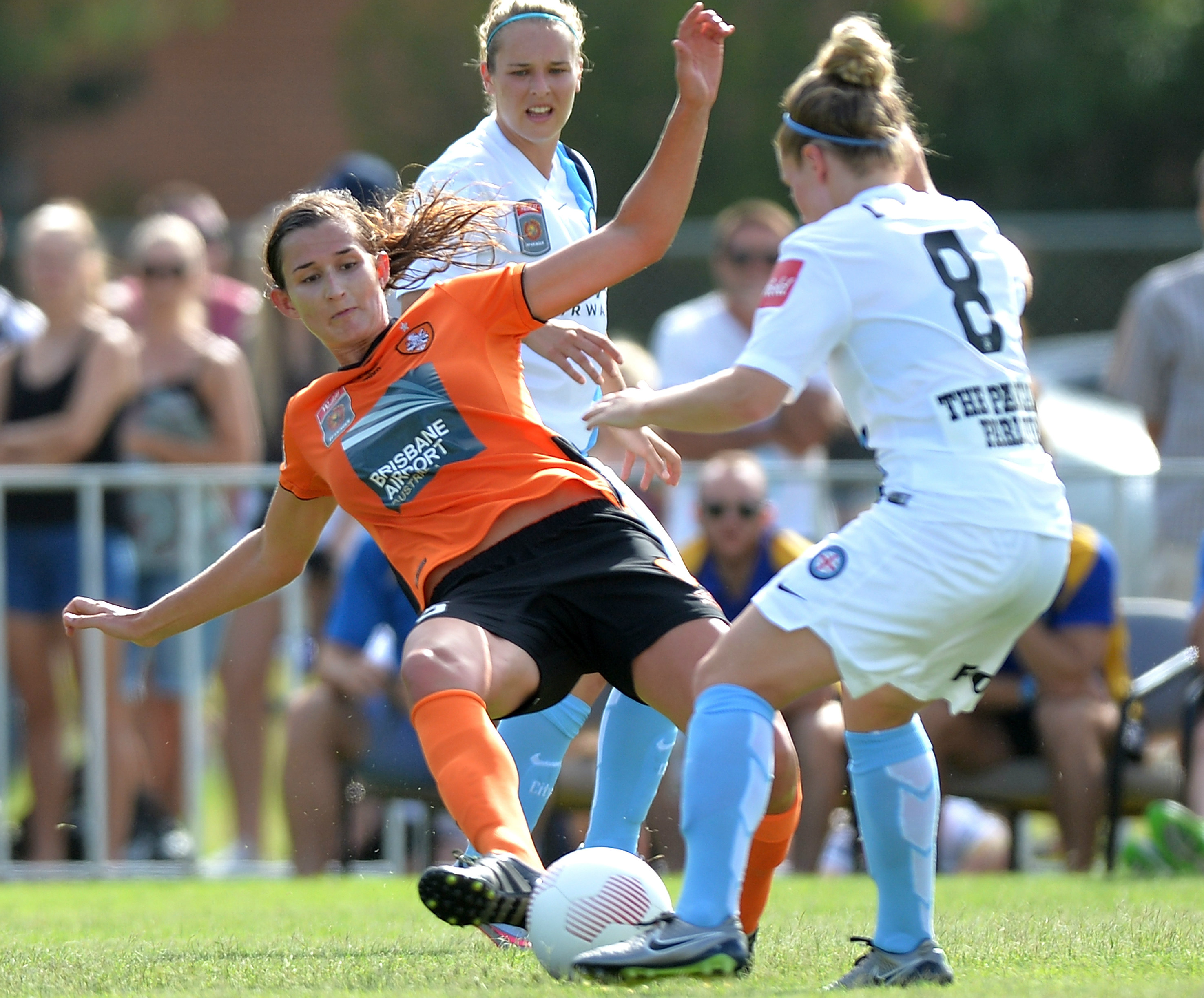 6′: A free kick on the left side of the box by City’s Kim Little was not cleared properly by the Roar defence. The ball bobbled around inside the box and when it fell to City captain Lisa DeVanna, the Matildas striker cleverly crossed back to the left where the kick taker Little was unmarked. She emphatically buried her shot into the Roar net for what would become the match winner. 0-1

Can the Roar Women make the finals? You bet. The scoreline in this match didn’t reflect how much the girls in Orange dominated parts of this match. The impressive performance, coming on top of last week’s classy win over Sydney FC, proved that with a little bit of luck they can make the top four and, on their day, beat any team in this competition.

Brisbane Roar Women Coach BELINDA WILSON: “The best thing about today was the way we performed and the football we were playing. We stuck to what we were trying to do, we created problems for the opposition but we just couldn’t put the final piece of the puzzle in which was scoring a goal. I really thought we deserved a point out of that especially with the performance in the second half.”

Roar Women captain CLARE POLKINGHORNE: “In the second half we really stuck it to them and we were unlucky not to get an equaliser.

“We’ve got three games to go and every one of them is a must-win (to make the finals).”

On playing at Broadbeach. “We had a really good turnout today . . it is nice to bring the game down to the Gold Coast. There is a strong women’s football presence here and it was really good to play down here.”

Roar midfielder KATRINA GORRY: “We came out in the second half firing. We hard pressed, we won the ball back and we countered quickly, Unfortunately we couldn’t get that equaliser but hopefully we will come out firing next week and be ready to play Adelaide.”

Brisbane goalkeeper HALEY KOPMEYER: “A tough goal, a tough deflection. We battled really hard. We dominated the game a lot in the second (half). It was unfortunate we didn’t get a goal. We have a lot of self-belief so we are disappointed we didn’t get that goal but we can look back at the second half and know we were the better team. I am proud of our girls.”

Melbourne City Women Coach JOE MONTEMURRO: “The pressure was there . . . they took risks and we needed to adjust to that tactically.”

Scorer of the match winner KIM LITTLE: “Today wasn’t our best performance but we have shown even when we are not at our best we can still beat teams.” 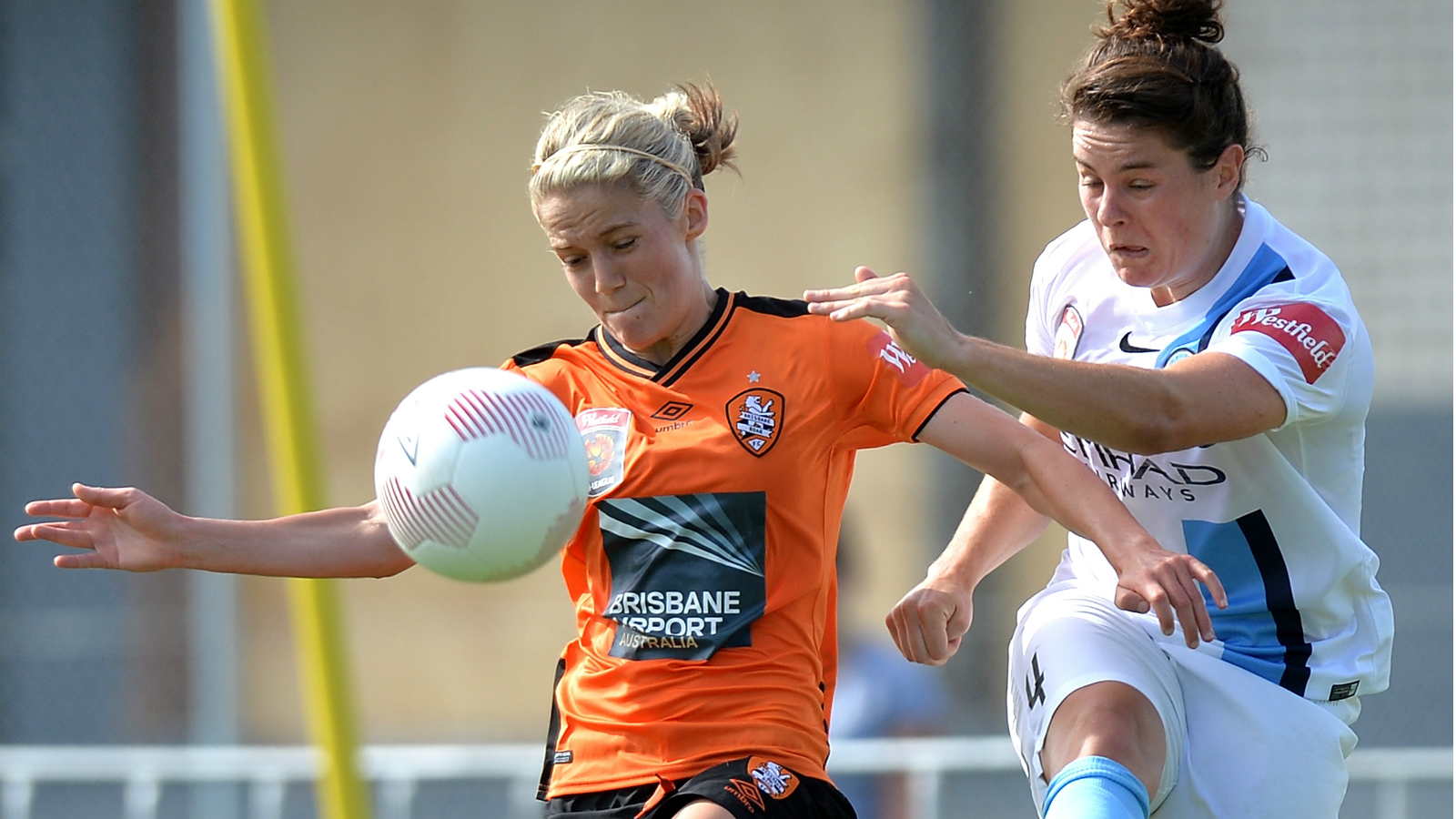 The Roar Women travel to Adelaide this weekend to play the Lady Reds on Sunday, 3 January, then return to the Gold Coast to host Melbourne Victory on Sunday, 10 January. Their final regular season fixture is away to Newcastle Jets on Saturday, 16 January. 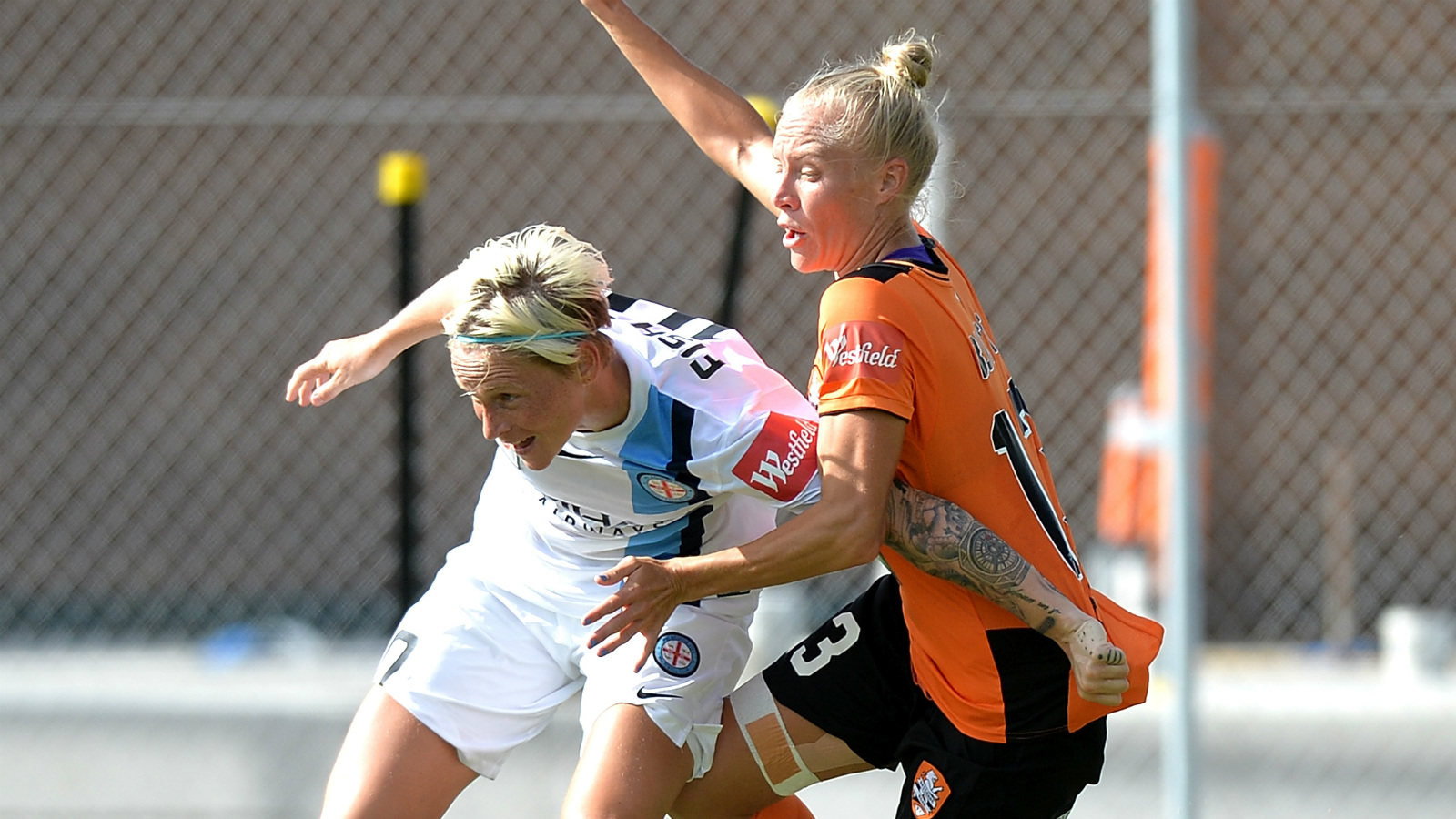