The win is the Roar’s second consecutive victory and provides a huge confidence boost heading into the final round of the 2015-16 season.

The Roar Women dominated a majority of the match, stretching the Victory defence and utilising their speed to break through the Victory line with ease.

Brisbane Roar Women Coach Belinda Wilson was pleased with the result and said the side must lift as they reach the business-end of the Westfield W-League season.

“The third part was to keep good structures and hold our level of performance and discipline and unfortunately we didn’t do that, particularly in the second half.

“From that perspective we need to do better heading into the final game (against Newcastle Jets) but happy with the four goals and three points.” 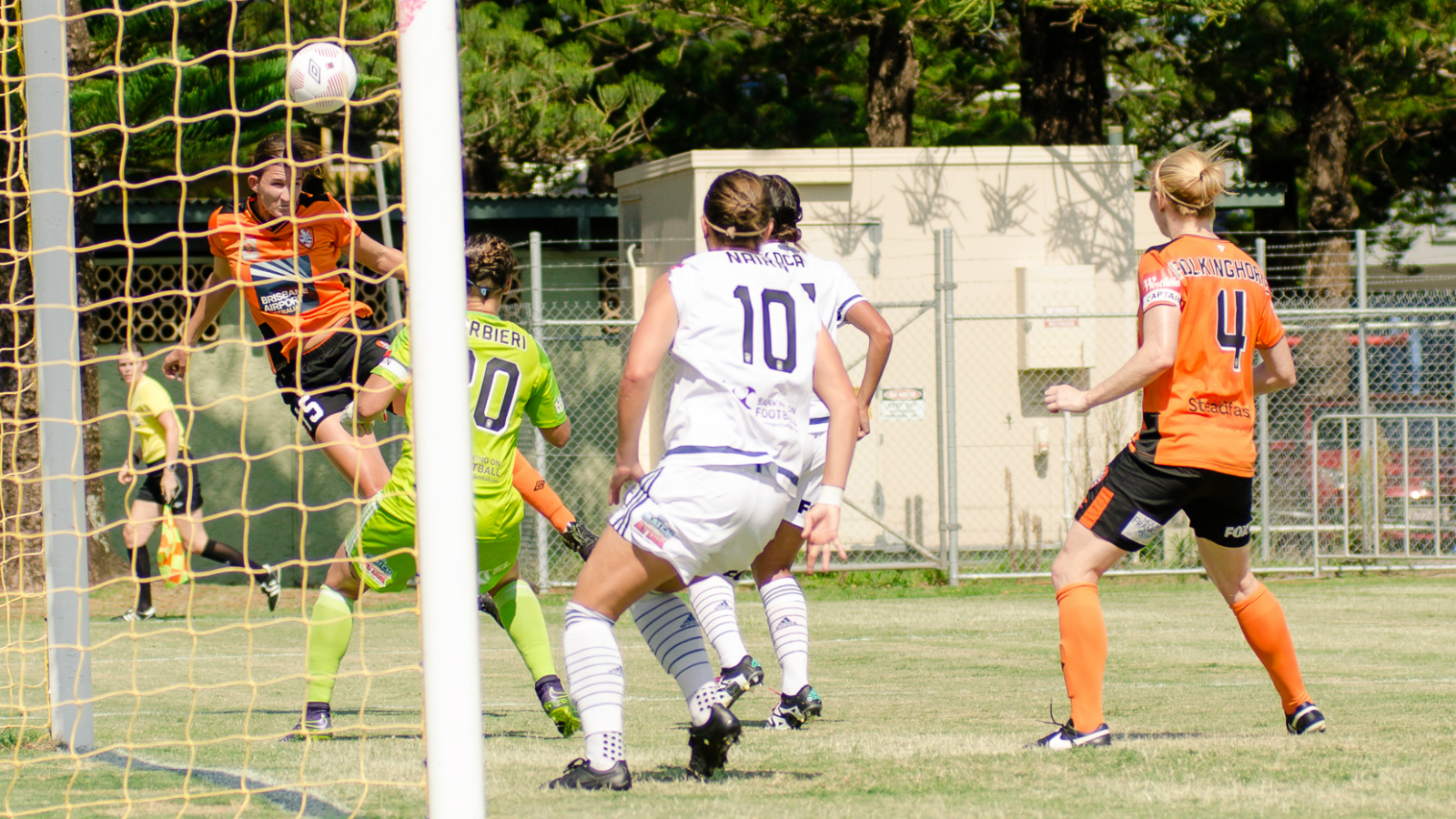 The Roar shot out of the blocks and quickly put the Victory defence on the back foot.

Captain Clare Polkinghorne was rock-solid in defence before scoring the opener when Ruth Blackburn headed back across goal from the far post allowing a simple tap in for the Roar captain.

Katrina Gorry doubled the Brisbane lead five minutes later after stealing possession on halfway and penetrating open space in front of her before finishing low and hard off the right-hand upright.

Brisbane had three goals before half-time when Kirsty Yallop smashed the ball into the top of the net following a scrap in the area. 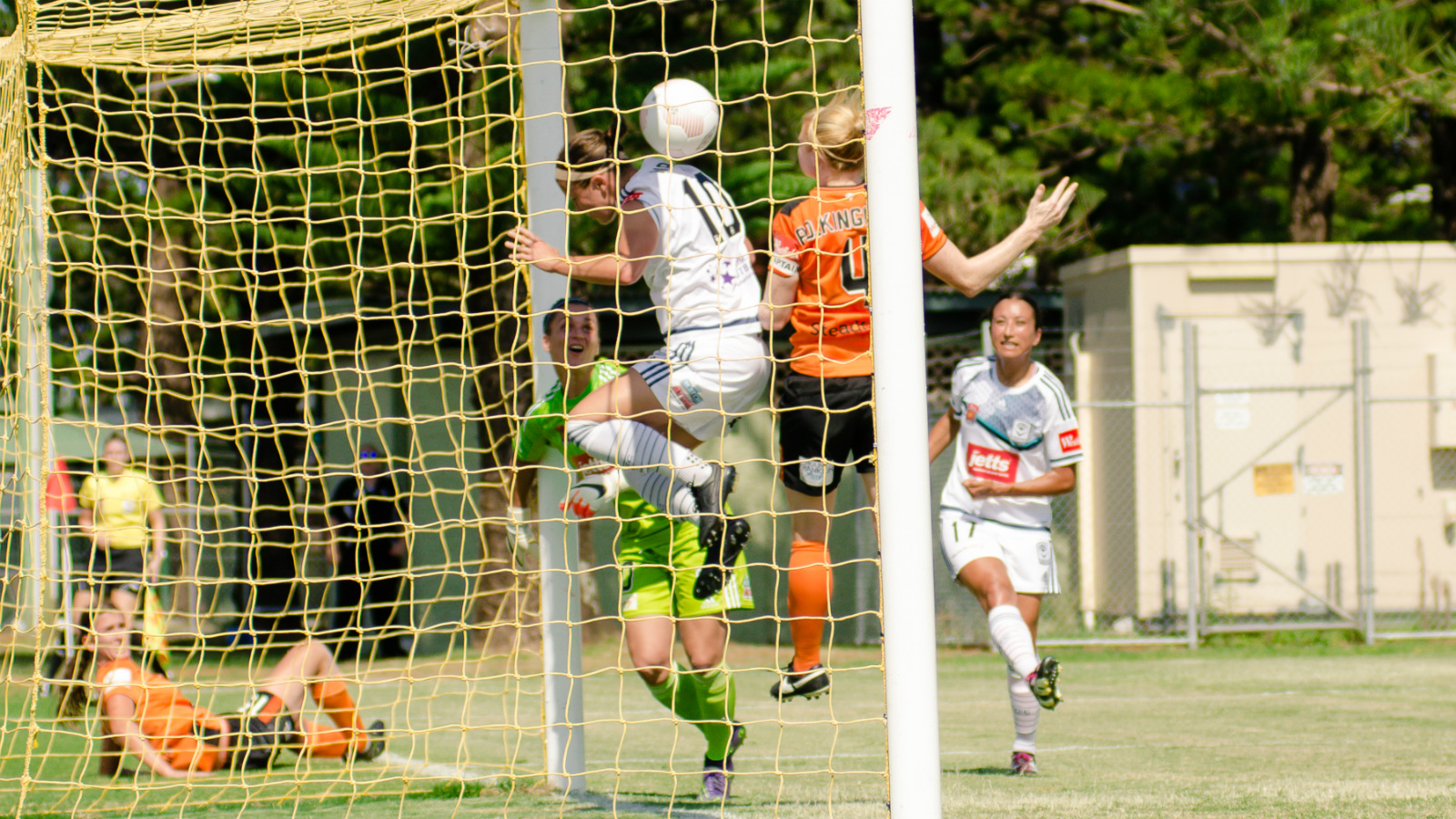 The Roar were challenged more in the second half and found chances hard to come by.

The first good chance fell to Emily Gielnik in the 85th minute and she forced a reaction save from Victory keeper Melissa Barbieri from close range.

Angela Beard put the result beyond doubt, scoring the Roar’s fourth in second-half stoppage time after her cross wasn’t cleared by Barbieri and found its way into the net. 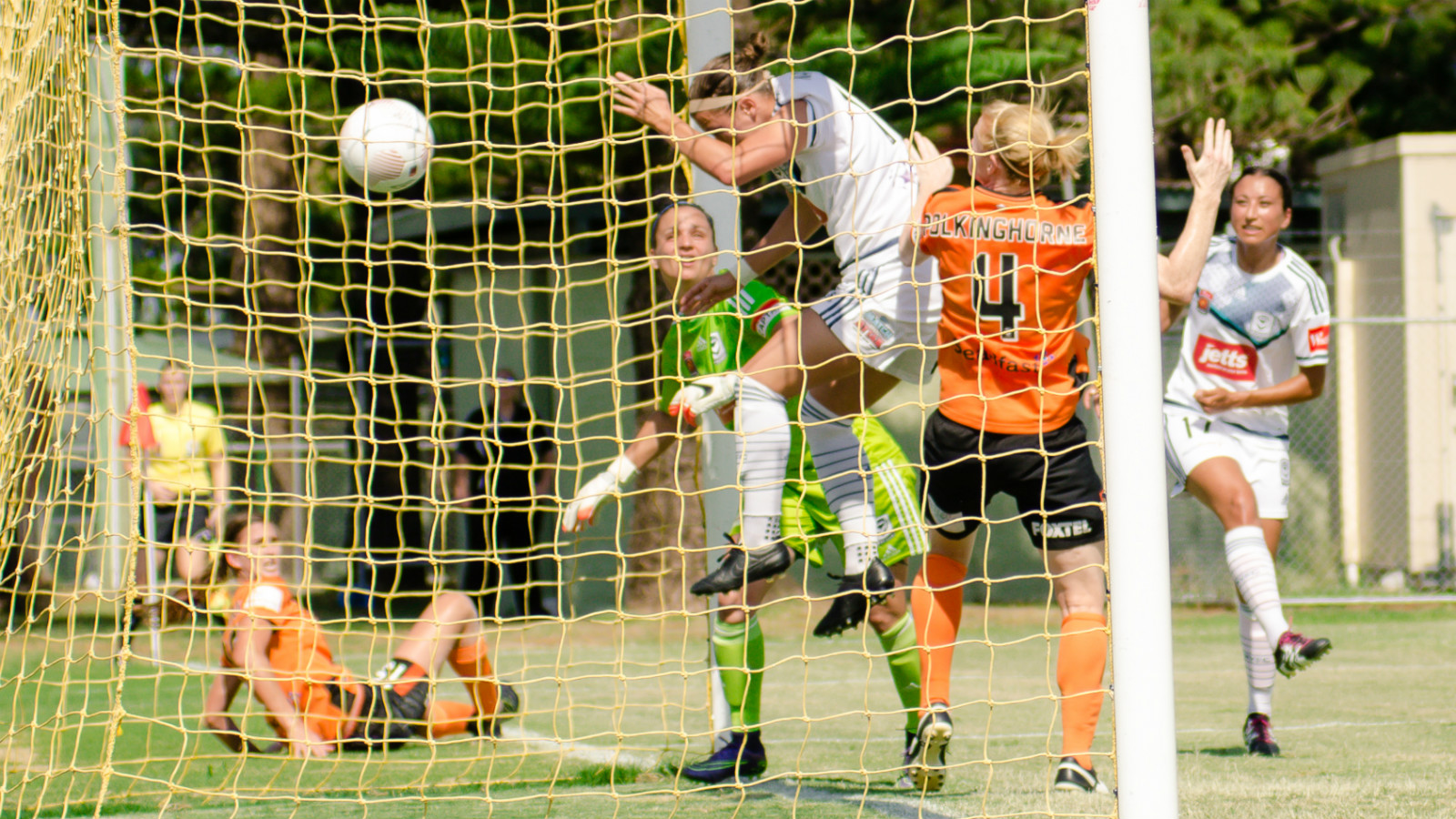 Returning from the Matildas camp, Katrina Gorry had an outstanding game and regularly used her blistering speed to penetrate any gaps in the Victory defence.

Likewise, Gielnik performed well on the right of Brisbane’s front three. She was unlucky to not get on the score sheet, but consistently delivered dangerous crosses into the area and looked threatening in possession all afternoon.

17’: Ruth Blackburn latches on to a cross at the back post and heads the ball back to the face of the Victory goal where Captain Clare Polkinghorne is in perfect position for a simple tap in. 1-0

22’: Katrina Gorry takes possession in midfield and runs in open space ahead of her and fires from 20m. Her low shot rebounds off the bottom of the right upright and goes in. 2-0

29’: The ball is played into the area from the right by Emily Gielnik and rebounds off a number of legs before finding its way to Kirsty Yallop inside the area who finishes high to the keeper’s right. 3-0

90+3’: Angela Beard’s dangerous cross is not cleared by Victory keeper Melissa Barbieri and finds its way into the back of the net. 4-0

Can the Roar qualify for the Westfield W-League Finals? Today’s win against Melbourne Victory Women has kept Brisbane Roar Women in finals contention leading up to the last regular season game of the competition against Newcastle Jets next week.

It’s been an outstanding turnaround for Belinda Wilson’s side who in the middle of the season had lost five games in a row.

The girls in Orange are finding their stride at the right time of the season and will look to keep up their impressive run of form with another standout performance against Newcastle Jets next week.

A draw or a win next weekend will deliver the Roar girls a sensational and well-deserved finals berth. 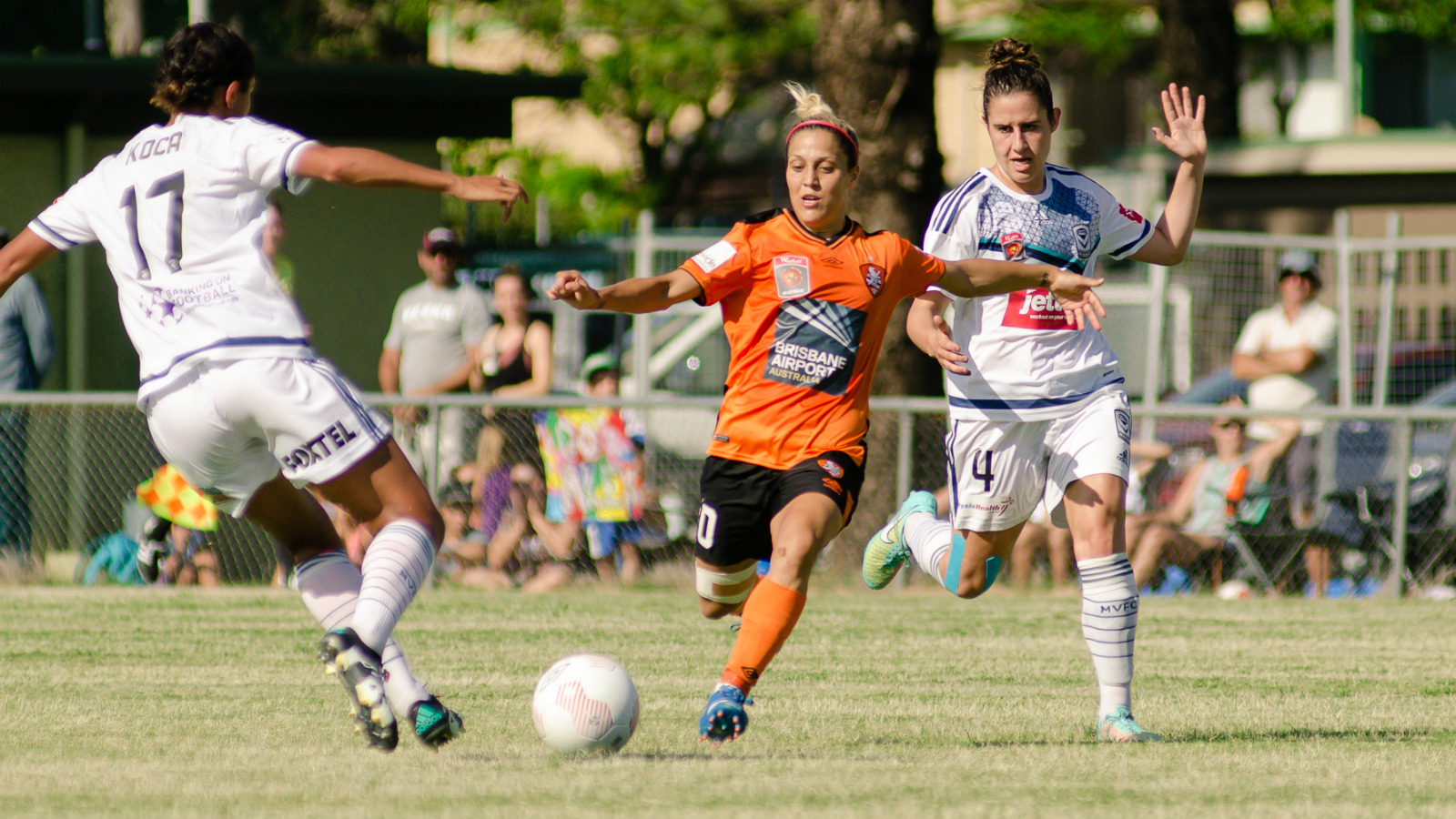 Roar Coach BELINDA WILSON: “Today’s result is key in terms of leading into next week. We’ve still got a lot to play for next week and we’re confident In terms of where we are.”

On Roar defenders Ruth Blackburn and Clare Polkinghorne: “I thought Ruth played really well defensively, she kept communication up and didn’t allow them to get in behind to many times.

“I thought Clare had an outstanding game. Those two players stood up and showed leadership. ”

“If we can work on the execution elements of the game and the quality in the final third we can put in a much better performance next week.”

“We set ourselves a target of winning our last three games and we’ve done two of those games already.

“We have one more to go and we’ll put hard work in and look for the three points next week.”

“I think the performances in the previous three or four weeks is the best all season, we’re building at the right end of the season.”

Matilda and Brisbane Roar defender KATRINA GORRY: “It’s just been a surreal experience having the whole week with the girls in the Matilda camp then coming back to the environment here at the Brisbane Roar.

“It’s really great to be living this life right now.”

Melbourne Victory Coach KATRINA SMITH: “Brisbane can really come home with the momentum, the experience in that squad will now what it takes to play finals football as well.”

The Roar face Newcastle Jets next Sunday, 17 January at Hunter Stadium (1pm) – a draw will put them in the finals, a loss will come down to goal difference. Either way it’s ben a superb second half of the season that all the players and coaching and back-up staff can be proud of. 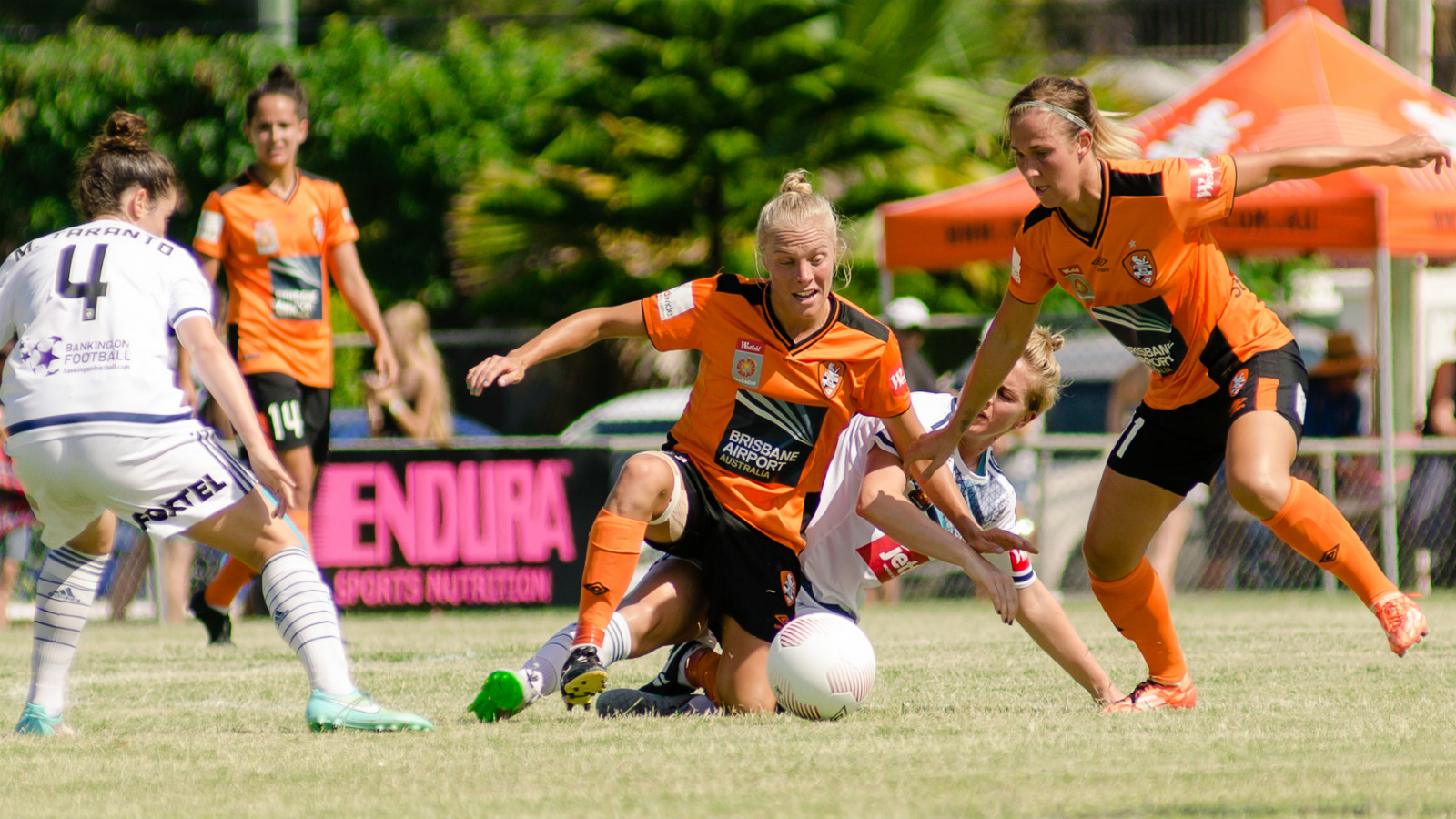