Brisbane Roar midfielder Katrina Gorry has scored the winning goal as the Westfield Matildas booked a spot at the Olympics for the first time since 2004 with a stirring 2-1 win over the world-ranked sixth DPR Korea in Osaka on Monday night.

Heading into the game needing a draw or a win to qualify for Rio, Michelle Heyman gave the Westfield Matildas a 1-0 lead before Kim Su Gyong equalised for DPR Korea to set up a tense finale.

In the 84th minute Gorry, one of four Roar players in the Matildas squad, struck to put the result beyond doubt to make it four straight victories for the Westfield Matildas in the tournament and see an Australian football team feature in the Olympic arena for the first time in 12 years.

The other Brisbane players in the squad, and now in the box seat to go to Rio Games in August, are Clare Polkinghorne (below), Tameka Butt and Emily Gielnik. 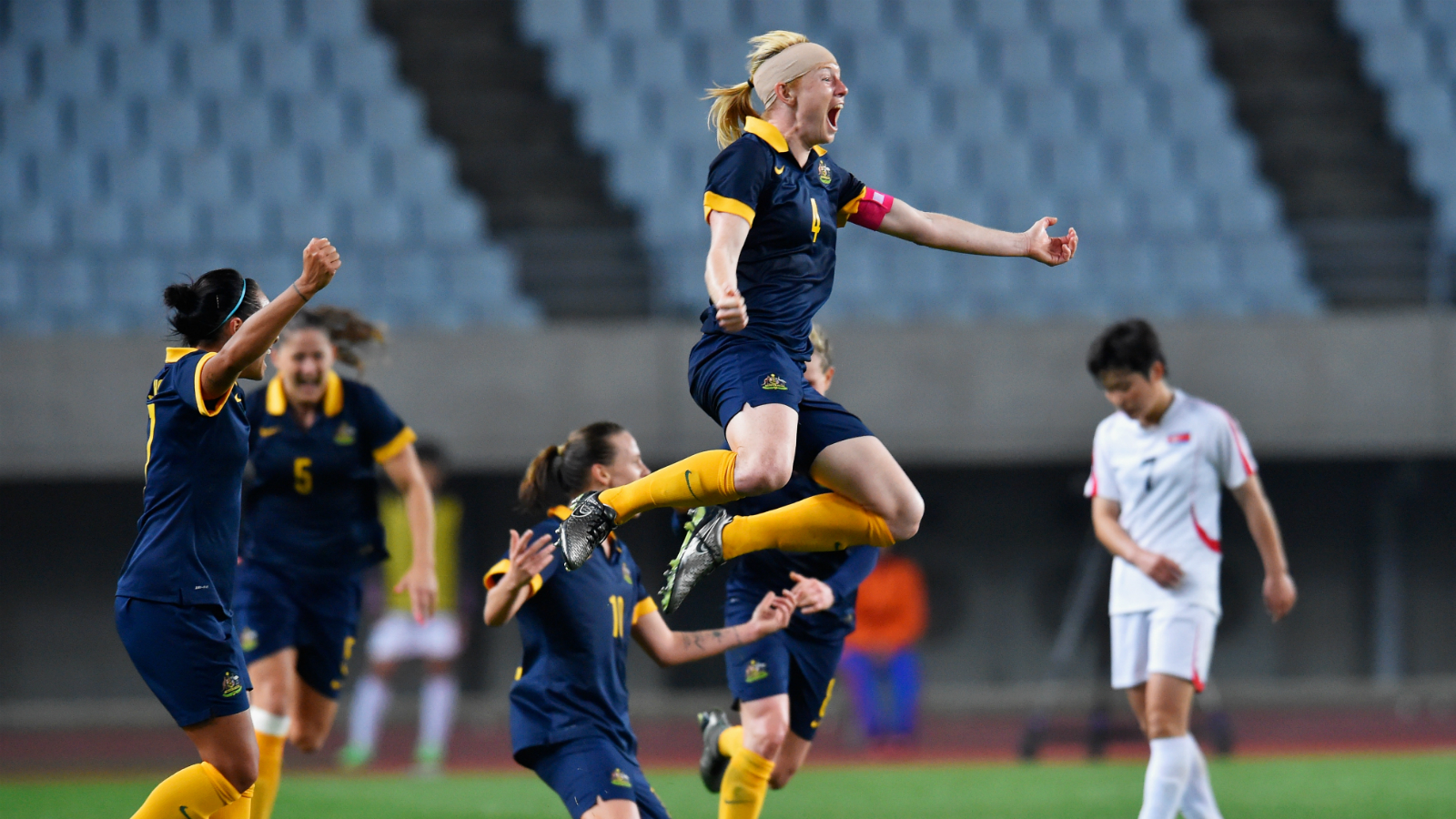 Head Coach Alen Stajcic, who since taking charge of the Westfield Matildas has seen them reach the 2014 AFC Women’s Asian Cup Final, Quarter Finals of last year’s FIFA Women’s World Cup and now Olympic qualification, struggled to find the words to sum up the achievement but emphasised just how proud he was of his players.

“It’s probably one of the most historic moments in football for this team,” Stajcic said.

“There was so much pressure before the game with the build up and the players were quite tense and nervous before the match and really wanting to get it done.

“So for the players to perform like they did and give every little bit of effort and stamina that they had, together with the hard work and perseverance to keep DPR Korea out was amazing.

“I think all of Australia should be really proud of this playing group because it was an amazing effort to win that match and shows how much heart and spirit this group has and we should all be proud of them.

“Today wasn’t pretty football from us but it was effective and to put it all together with everything we’ve done here over the past week is just an amazing effort.

In a game the Westfield Matildas needed a draw or win to qualify, Stajcic promoted Heyman and Caitlin Foord to the starting line-up as he opted to begin match winners Lisa De Vanna and Kyah Simon on the bench.

The decision paid off in spades with Heyman scoring and Foord putting in an exceptional performance. But Foord was not alone with every player in a Westfield Matildas shirt standing tall when it mattered, goalkeeper Lydia Williams also putting in a stellar display between the posts.

Knowing what hinged on the result, the Westfield Matildas found themselves under some early heat from DPR Korea who had to win to keep their Olympic dreams alive, Kim Yun Mi testing Williams with a sharp effort after 10 minutes.

Then in the 18th minute the Westfield Matildas stung DPR Korea with a killer sucker punch that started and ended with Heyman. The striker produced a delicate flick on in Foord’s path before positioning herself to receive the winger’s cutback and then burying her first time shot into the back of the net.

The goal composed the Matildas as they began to settle and find their groove in a willing and often spiteful affair that saw four yellow cards handed out in the opening 45 minutes.

DPR Korea continued to threaten and some wayward shooting coupled by more quality goalkeeping from Williams kept the Westfield Matildas ahead, the stopper producing a stunning save in the 55th minute to deny Kim Yun Mi.

De Vanna replaced the tireless Chloe Logarzo in the 56th minute and with 20 minutes remaining Simon came on for Heyman as Stajcic looked to stretch a wearying DPR Korea defence.

The duo’s introduction almost had an immediate impact as De Vanna found Simon wide before she sent a cross in for Gorry but the keeper was alert to the danger and blocked the goal bound effort.

As the Westfield Matildas edged closer to a prized spot in Rio, DPR Korea’s Kim Su Gyong blasted an unstoppable shot into the top corner to level the scores and set up a tense finish. 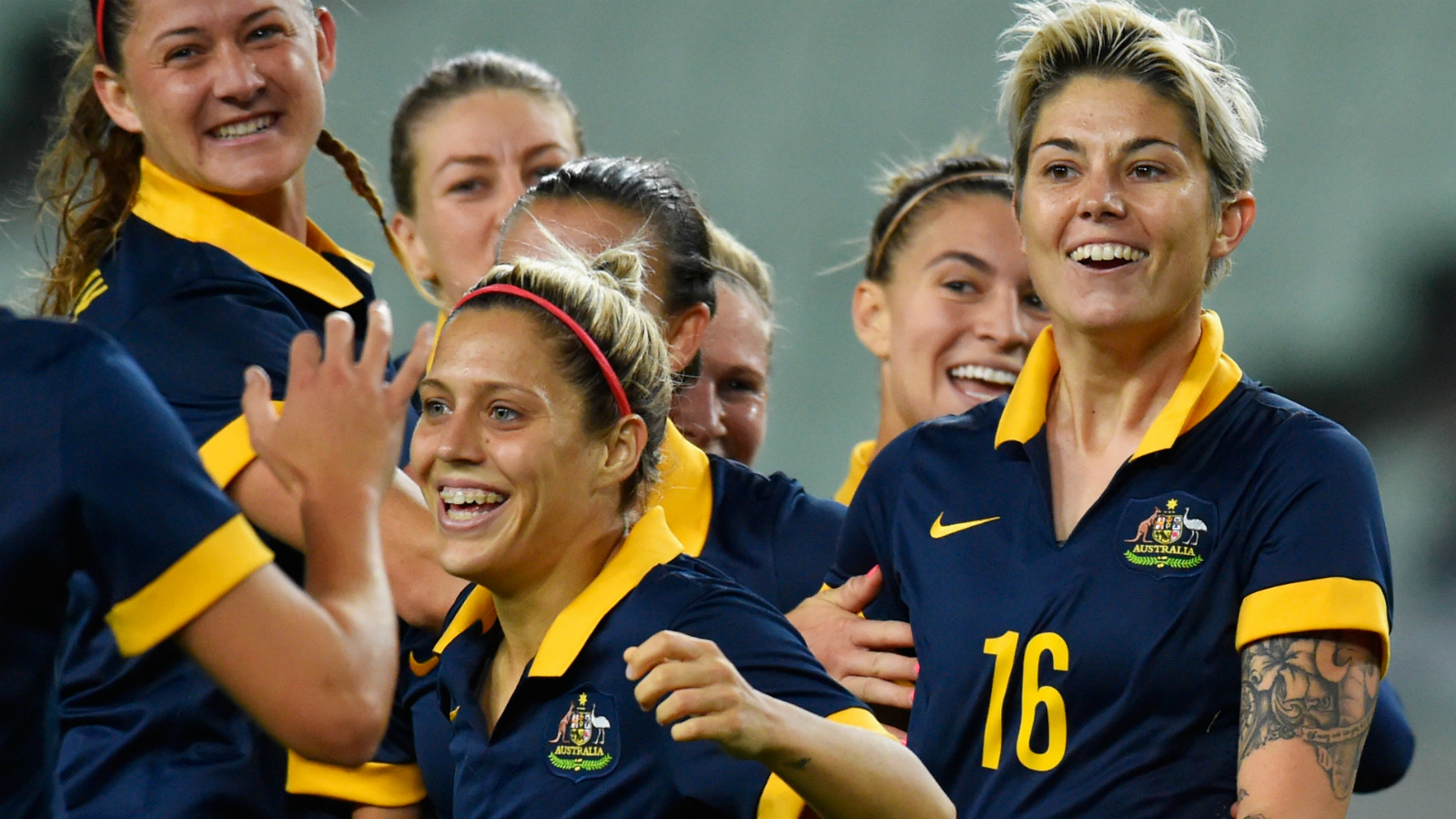 But finishing the stronger Gorry (above) ensured there would be no Olympic qualification heartbreak for the Westfield Matildas this time around as a build up involving De Vanna, Simon and finally a deft touch from Foord allowed the Westfield Matildas’ shortest player on the field to pick her spot and fire her shot inside the post.

There were scenes of jubilation at the final whistle as the Westfield Matildas made it four straight wins to cemented a top two spot on the table and book their ticket to Rio.

The Westfield Matildas Olympic Games Qualifiers have been showcased LIVE on 7mate.