Brisbane Roar left back Angela Beard believes her award as the NAB Young Player of the Year nominee for November can help inspire the Roar Women get back to winning ways.

The talented 18-year-old earned her nomination with a string of outstanding performances in a month where her team struggled for points across four matches in the Westfield W-League.

The Roar Women are away on Saturday against reigning Champions Canberra United, whom Brisbane upset 2-1 in the opening round of the season on 18 October.

Beard says various factors, including players being away on international duty, has not helped the Roar Women’s 2015/16 campaign but she firmly believes they are not far off track.

“Once we get one win we will be back on a roll,” she said. 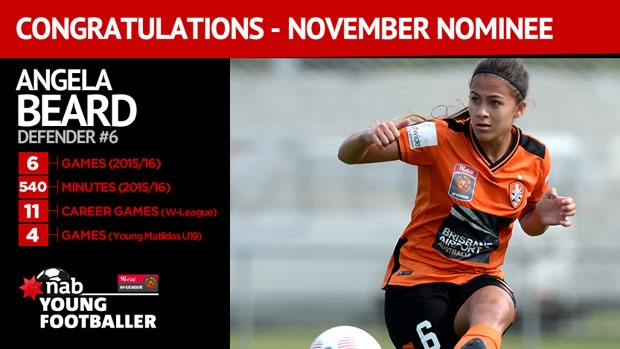 Beard was honoured to learn that she was the November nominee for the Westfield W-League, NAB Young Footballer of the Year 2015/16 Award.

“This is only my second season in the Westfield W-League and I feel very privileged to be recognised at this early stage of my career,” she said.

“To be in the running for such a prestigious award is a real inspiration, not only to me, but for all the talented young footballers in the Westfield W-League.”

“We congratulate Angela on her nomination and look forward to watching her development and growth on the football field in the years to come,” Hall said. 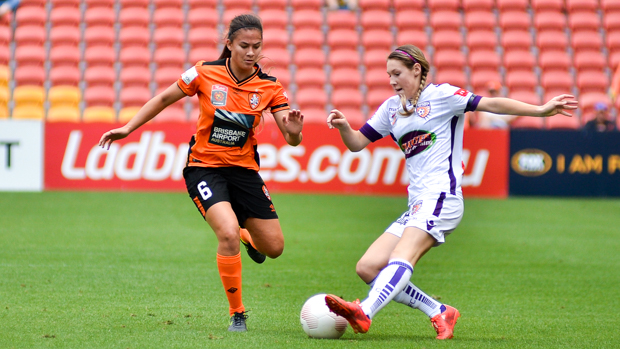 NAB has generously donated a $1500 equipment pack and $1000 in a NAB Community Saver Account to Angela’s chosen club.

“We are also pleased to recognise Brisbane club Eastern Suburbs FC, where Angela coaches, and hope that our support will help the club continue to develop the game at a grass-roots level,” Hall said.

Each month representatives from the FFA Technical department vote on a 3-2-1 basis for the most outstanding U-19 players in the Westfield W-League during that period.

The overall winner of the Westfield W-League, NAB Young Footballer of the Year 2015/16 Award will receive a $10,000 personal investment portfolio, along with a NAB Private Client Manager to assist with a range of banking and financial services.

City of Logan-based Beard began playing football as a 12-year-old with Bethania Rams.

She played there for two years before the Marsden State High School product switched to Brisbane Central FC. She then won a place at the Queensland Academy of Sport and advanced to the Roar Women’s program.

She made her Westfield W-League debut as a 17-year against Perth Glory in September last year. 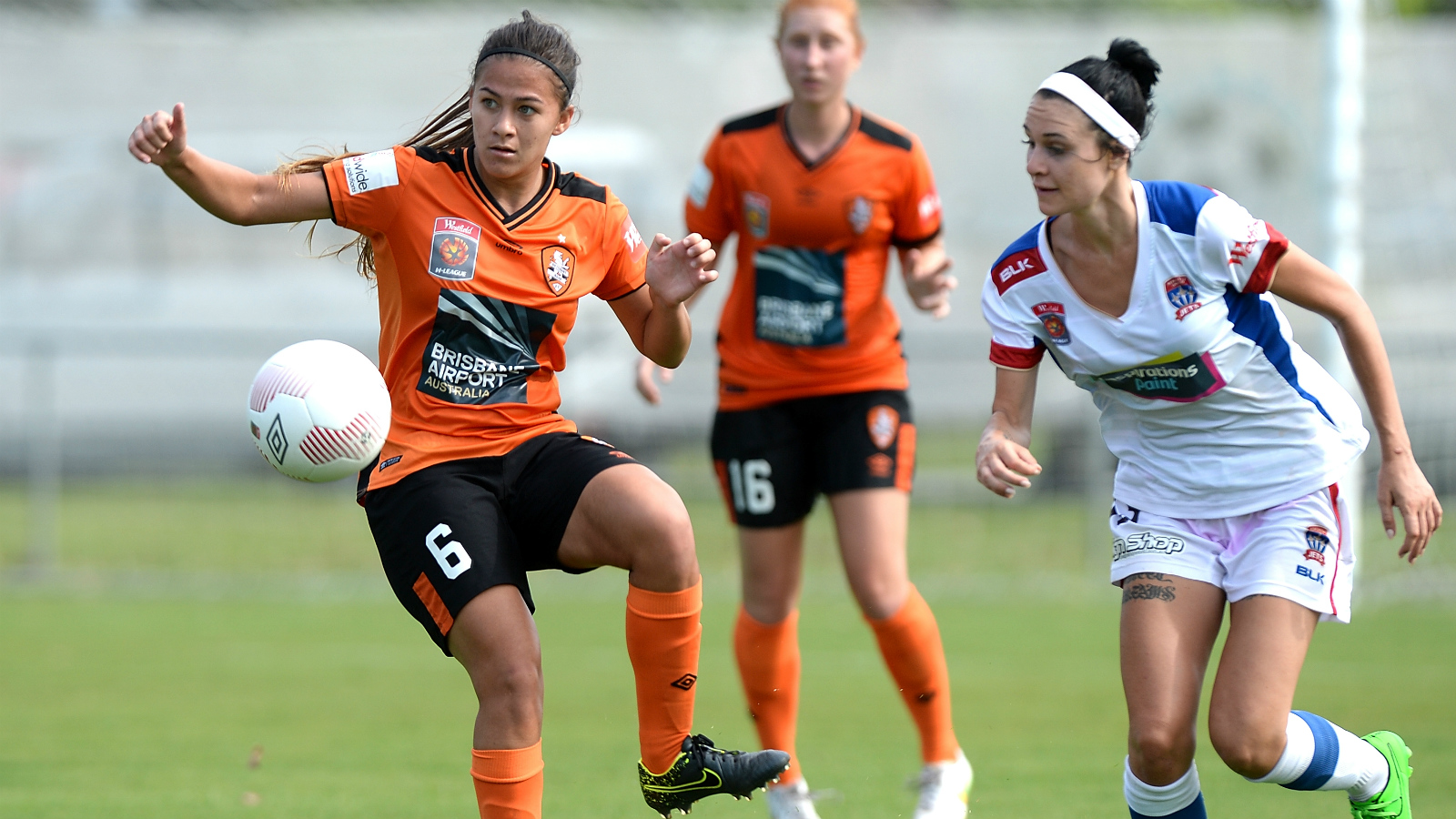 The strong-tackling left-footer also has been selected several times for the Young Matildas and has the goal of matching the likes of her team-mates Clare Polkinghorne, Katrina Gorry and Tameka Butt by one day playing for the Matildas.

She is currently studying a double degree (exercise science and business) at QUT which creates a busy lifestyle.

“If you have your time management right you can work around it,” the teenager said.

“I hope I can play for as long as possible then I am aiming to be a physiotherapist.”

Beard’s success to date suggests she will easily succeed in all those goals.