Experienced Brisbane Roar defender Jade North is not one to mince his words.

As the Roar prepare to take on Newcastle Jets FC in a pre-season friendly at Cleveland on Saturday afternoon (2pm kick off), the former Socceroo has clearly put into focus where his team’s preparation is right now and where they are heading.

“We are all buying into what (Head Coach) John (Aloisi) is bringing here. It’s positive attacking football and we want to get on the front foot tomorrow and really kick things off,” North said today another sharp and intense Roar training session.

North could captain the side with Socceroo Matt McKay unlikely to be involved after only returning from international duty today.

Just a few months after being hospitalised and having his appendix removed, North says he expects nothing less than a tough workout from the Jets.

“Physically I feel great, I am in good condition and so are the other boys,” he said. 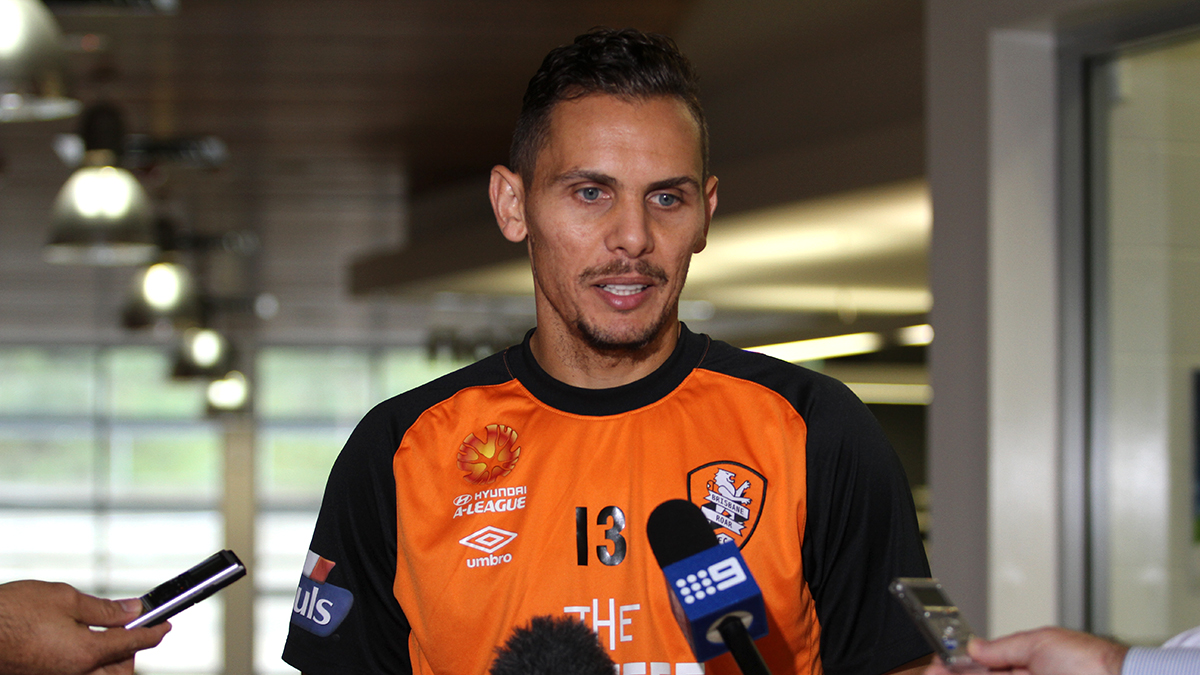 “(Newcastle Jets) are always committed whenever they play so it’s never an easy game and we are not expecting an easy game.

“We are more about working on what we want to do and what we have been working on with the coaching staff and hopefully apply that to tomorrow’s game.

“This is about conditioning and we have had a pretty hard conditioning week as well. The boys will be ready to go but focussing on what we are trying to do here.

“As long as we are doing the right stuff and see it coming off, we know it is going to work for us later in the season.”

Olyroos Jamie Maclaren, James Donachie and Brandon Borrello all returned to Roar training this morning but are unlikely to see much, if any, game time tomorrow.

But it could be a big match for triallist George Lambadaridis. He was used as a holding midfielder in a number of drills and may feature in a No.6 or No.8 role at some stage of tomorrow’s match.

Also back in the Roar squad is Joeys representative Nick D’Agostino, who scored for the Australian under-17s during their recent games in France.

He looms as a possible second-half substitute for central striker Jean Carlos Solorzano, who is expected to return from a foot injury tomorrow but is unlikely to play the full 90 minutes against the Jets.