Head Coach John Aloisi is anticipating a solid hit-out for his boys in tomorrow night’s pre-season clash against Magpies Crusaders in Mackay.

The contest will be the Roar’s second pre-season fixture and provides an opportunity to get minutes into the legs of players and work on structures in a game scenario.

Close to the full squad which travelled to Mackay are expected to get game time at BB Print Stadium tomorrow night following a strong week on the training park.

“The boys trained really hard during a double session on the pitch yesterday. They trained with a good intensity again this morning & now we’re looking forward to the game tomorrow night,” Aloisi said on Wednesday morning.

“It’s a chance for us to work on our fitness and things we’ve been trying to implement at training. 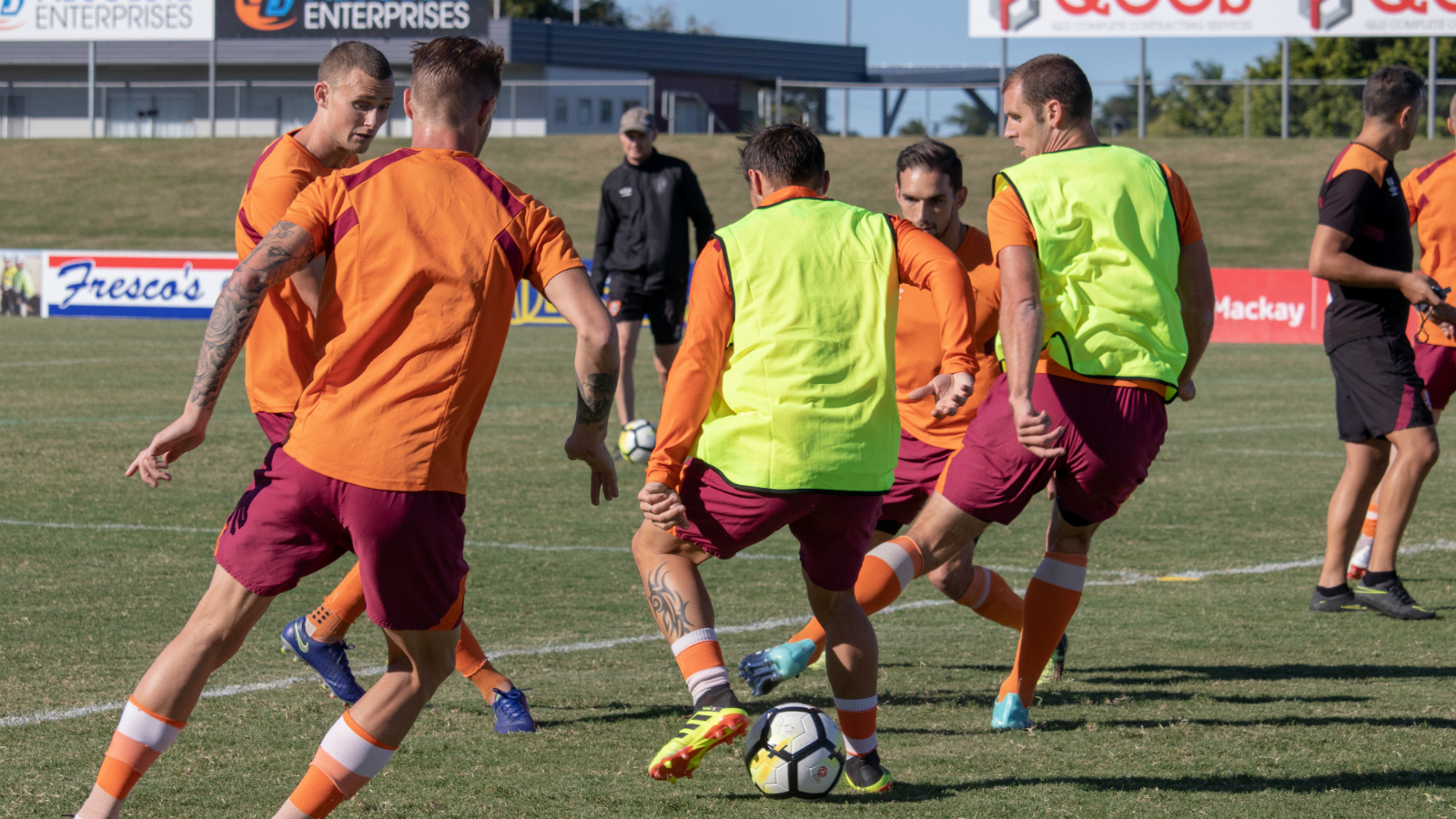 “The majority of the players will play 45 minutes and we’re expecting a good hit-out.”

Magpies Crusaders Captain Michael Lyall says the fixture is a fantastic opportunity for both his side & the entire Mackay football community.

“It’s going to be a good test for the boys at this time of year and a chance for the younger players to impress,” he said.

“We’re excited – it’s a good chance to get 90 minutes under our belt and our lads will take a lot from it.

“It’ll be a great opportunity for all of the region, for junior footballers to come watch their idols and see how they go about their work.  For a town like Mackay, it’s a chance for young players to be inspired to see what it takes to be a professional footballer.”

While the week-long pre-season camp is a chance for the Roar to train in warmer conditions and continue preparations for Hyundai A-League season 2018/19, it also provides a great opportunity for the squad to gel.

The Roar began pre-season earlier than most rival clubs, but Aloisi believes that will hand his side an edge over the competition.

“It gives us a little more time to work on structures and fitness and this trip is a perfect chance for them to bond,” Aloisi continued.

“The new players will get to know everyone and that’s how you build character and spirit within a squad.

“We’re fortunate to be here in Mackay, we’re excited and want to thank Mackay Regional Council, Football Brisbane and Football Queensland for making this possible because we’re a team for all of Queensland.”

Brisbane’s first competitive fixture is an FFA Cup Round of 32 clash against Melbourne City at Redcliffe’s Dolphin Stadium on Tuesday, August 7.

“We have a lot to work on still during pre-season but Brisbane Roar should always be looking to win trophies and it’s no different this year – our goal is to win every trophy.”