Suncorp Stadium is putting on its Christmas best as Brisbane Roar prepare to return home for the first time in a month when they take on Melbourne City in Round 12 of the Hyundai A-League on Sunday, 27 December (6pm kick off).

The pitch has been re-laid after two recent concerts and the new grass has taken well.

The Roar are scheduled to have a training session on the new turf before Sunday’s blockbuster match against the in-form Melbourne City.

Brisbane are second on the ladder, one point ahead of City. 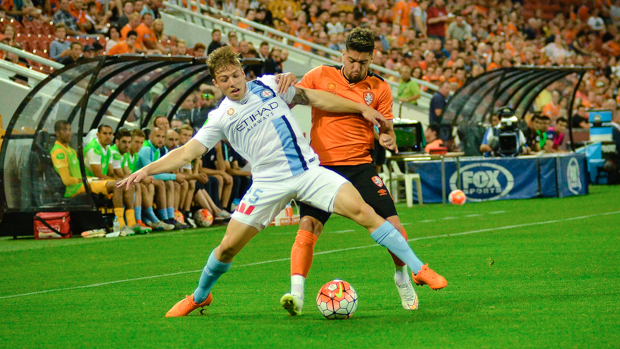 The two teams clashed at Suncorp Stadium in Round 7 on 20 November. That match ended in a 1-1 draw (above).

Since then Melbourne City have won four on the trot, scoring 16 goals and conceding three.

The Roar have posted two victories and a draw in their four games since, including Sunday’s 1-0 win over Central Coast with Dimitri Petratos (above) getting a spectacular winner in the 85th minute.

Striker Jamie Maclaren (below) went off injured with a leg knock but is expected to train this week and be available for selection. 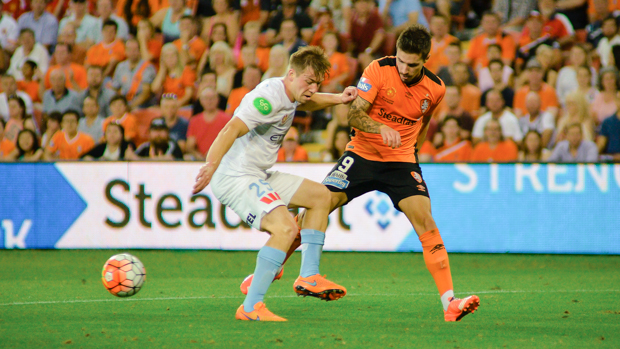 Midfielder Steven Lustica, who was replaced at half time with an abdominal strain, is under treatment and will be further assessed later in the week.

All five are expected to continue training with the main group this week as they look to impress Head Coach John Aloisi, who once again has a strong squad from which to select his Starting XI for the Melbourne City match.

To book your tickets for Sunday and the 2 January home clash against Perth Glory, click here.