Mariel Hecher opened the scoring in the 22nd minute when she was in the right place to convert a parried save but Adelaide United bounced back thirteen minutes later with a goal from Chelsie Dawber, taking the sides into the break at 1-1.

The second half became the Gielnik show as she scored a hat-trick within eighteen stunning minutes of football before Dawber completed her double with an 87th minute consolation strike.

“The first half was a tight affair, I thought we dominated possession and moved the ball really well but we didn’t really create enough chances,” said Coach Jake Goodship after fulltime.

“At half time I showed the girls some video and moved some of the players around [which] had a good effect.”

Dalton, currently leading the W-League assists and adding another to her tally tonight, was also at the forefront of his post-match assessment

“Nine assists [this season] from a holding midfield player,” he was keen to point out. “She doesn’t get spoken about enough. She had a real impact on the game today.”

Off the back of this result, Brisbane find themselves in the box seat to wrap up a home semifinal, an important target for Goodship.

“Our goal at the end of the year is to get a home final,” he asserted. “It’s in our hands. If we win, we get to celebrate again at Lions [Stadium] before playing in a grand final.”

Whilst it is still mathematically possible to host the Grand Final it’s something of a long shot with ladder leaders Sydney needing to lose both of their remaining games.

Next weekend Brisbane have a bye before coming up against Newcastle Jets, at home again at Lions Stadium on Sunday March 28. Click HERE to lock in your tickets. 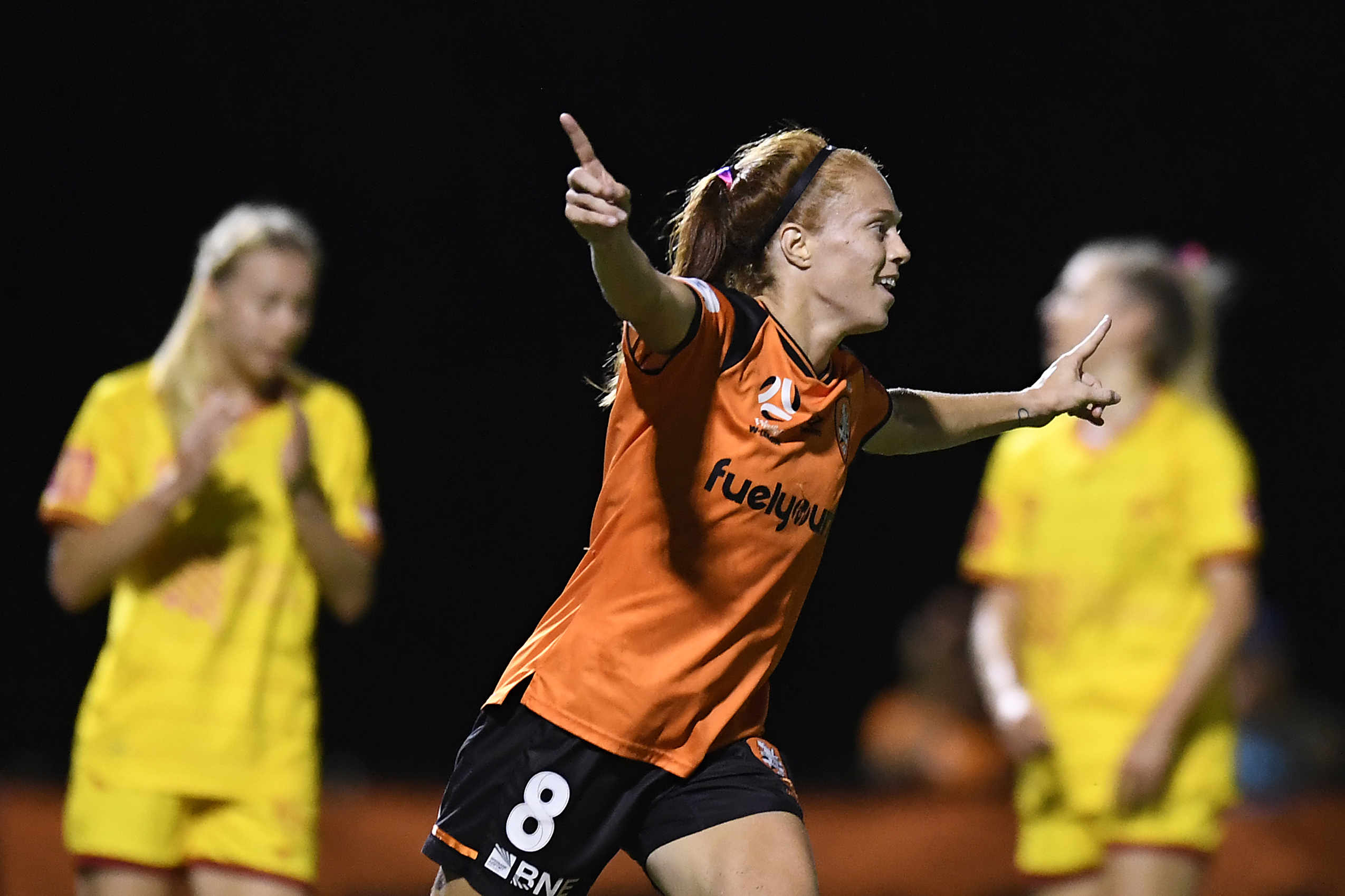 Brisbane Roar – Hecher 22’ – 1-0
Emily Gielnik finds space inside the penalty area but has her shot blocked. Hecher is on the spot to follow up and power the ball high into the net.

Adelaide United – Dawber 34’ – 1-1
From a turnover, Isabel Hodgson surges forward then lays the ball off for Dawber who

drives her finish low and hard inside the far post.

Brisbane Roar – Gielnik 62’ – 2-1
Jamilla Rankin fires in a trademark arrowing corner which is only partially cleared before falling to Gielnik who blasts the ball home from close range.

Brisbane Roar – Gielnik 72’ – 3-1
Isobel Dalton breaks clear of the defence. Her first cross comes straight back but the

Brisbane Roar – Gielnik 80’ – 4-1
Letitia McKenna goes on a surging run then lays off a sublime pass for Gielnik who steps across the defender and releases a rocket finish across the face of goal.

converts her second goal of the evening.