Pourre (below with club captains Matt McKay and Clare Polkinghore and Griffith University’s Duncan Free) has been with the Roar for nearly two years. During this time he has moved from his initial role as Commercial Director to interim CEO after the Managing Director’s role was vacated.

Mr Soekasah and Mr Djamaoeddin praised the efforts of Pourre in the interim role saying his work ethic and transparency were an integral part of re-building the business.

“David made himself available at all hours, answered every one of Mr Bakrie and the auditor’s questions with vigour and most importantly did not sugar-coat the clubs situation,” both gentlemen stated.

“Although the club has taken great steps forward to stabilise through re-capitalisation, we understand that our fans want to see sustainable plans for the future, good business acumen and a commitment to the community.

“We believe David and his current management team understand this and can deliver for Brisbane and Queensland.” 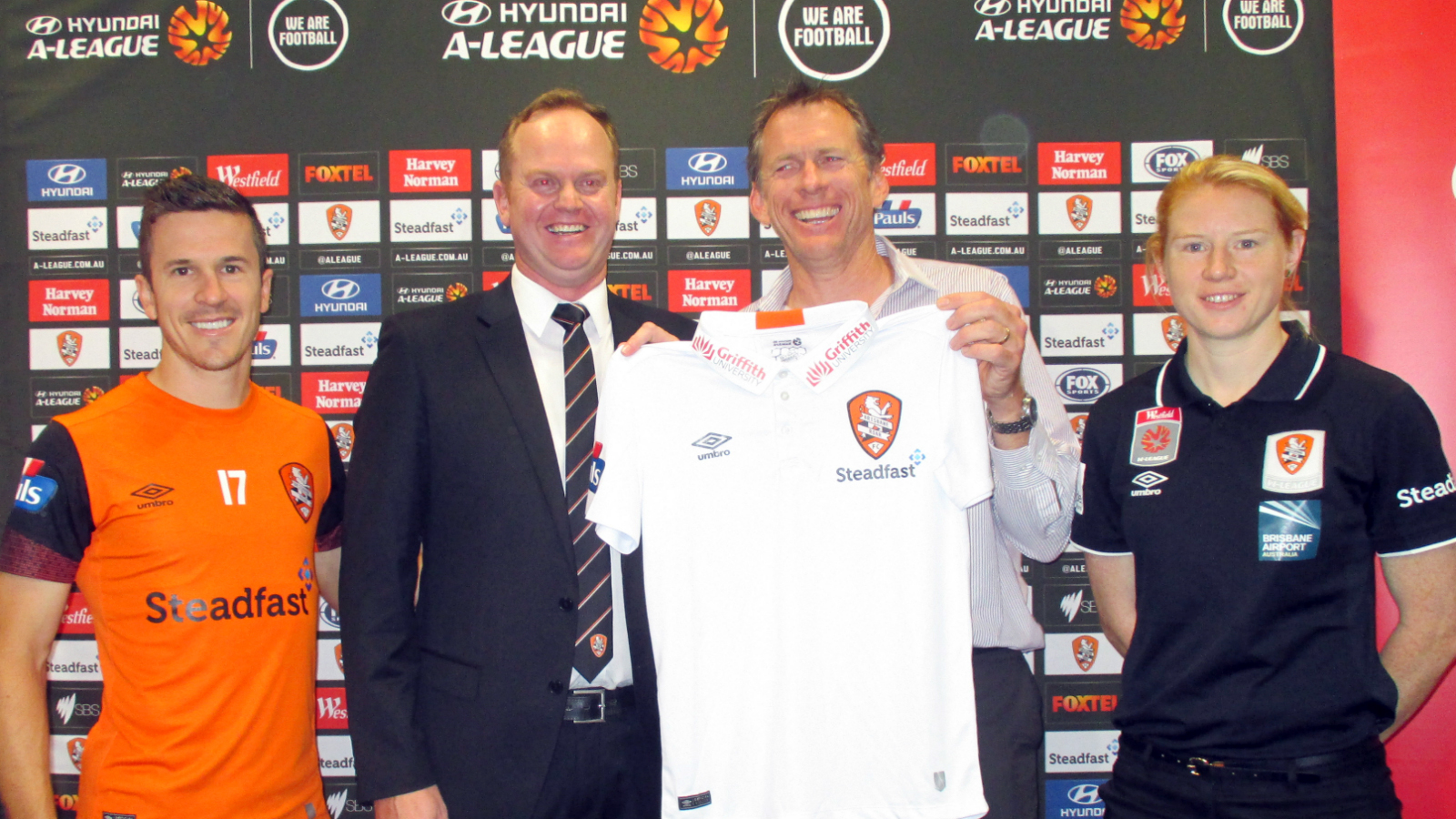 Pourre stated: “The heart and soul of this club are its members, fans and the football community. We are moving towards building a club they can all be proud of.

“I believe honesty and transparency are a must on top of genuine hard work. All of our staff reflect these values which is helping put our club back on track.

“Our future as a club depends on having positive relationships with supporters, whether they’re individual members or fans, businesses or local football clubs.

“Relationships begin with trust, and trust must be earned. This isn’t about flash-in-the-pan marketing or a PR stunt. It’s about delivering on the basics of business and then sustainable growth.”

Mr Soekasah and Mr Djamaoeddin will permanently relocate to Brisbane to support the club on behalf of the owner.

“David has been very supportive since I arrived and has shown he understands the balance between football business and commercial obligations,” Aloisi said.