Brisbane Roar have bowed out of the Hyundai A-League 2017 Finals Series after a 1-0 Semi Final loss to Melbourne Victory at AAMI Park on Sunday afternoon.

Former Roar striker Besart Berisha scored the deciding goal midway through the second half, with Brisbane unable to conjure an equaliser.

Head Coach John Aloisi said Victory were worthy winners, while lamenting his team’s inability to take control of the encounter.

“Victory were the better side from start to finish, and they deserved to win,” said Aloisi.

“We struggled to get into the game.”

This was the second-straight year Brisbane advanced to the final four, while several positive AFC Champions League results added further garnish to an impressive season.

Aloisi believes his team is heading in the right direction after this long and arduous campaign.

“We’ve had to deal with a lot, but the team is definitely better than last season. If we improve again, we should hopefully go all the way,” Aloisi said. 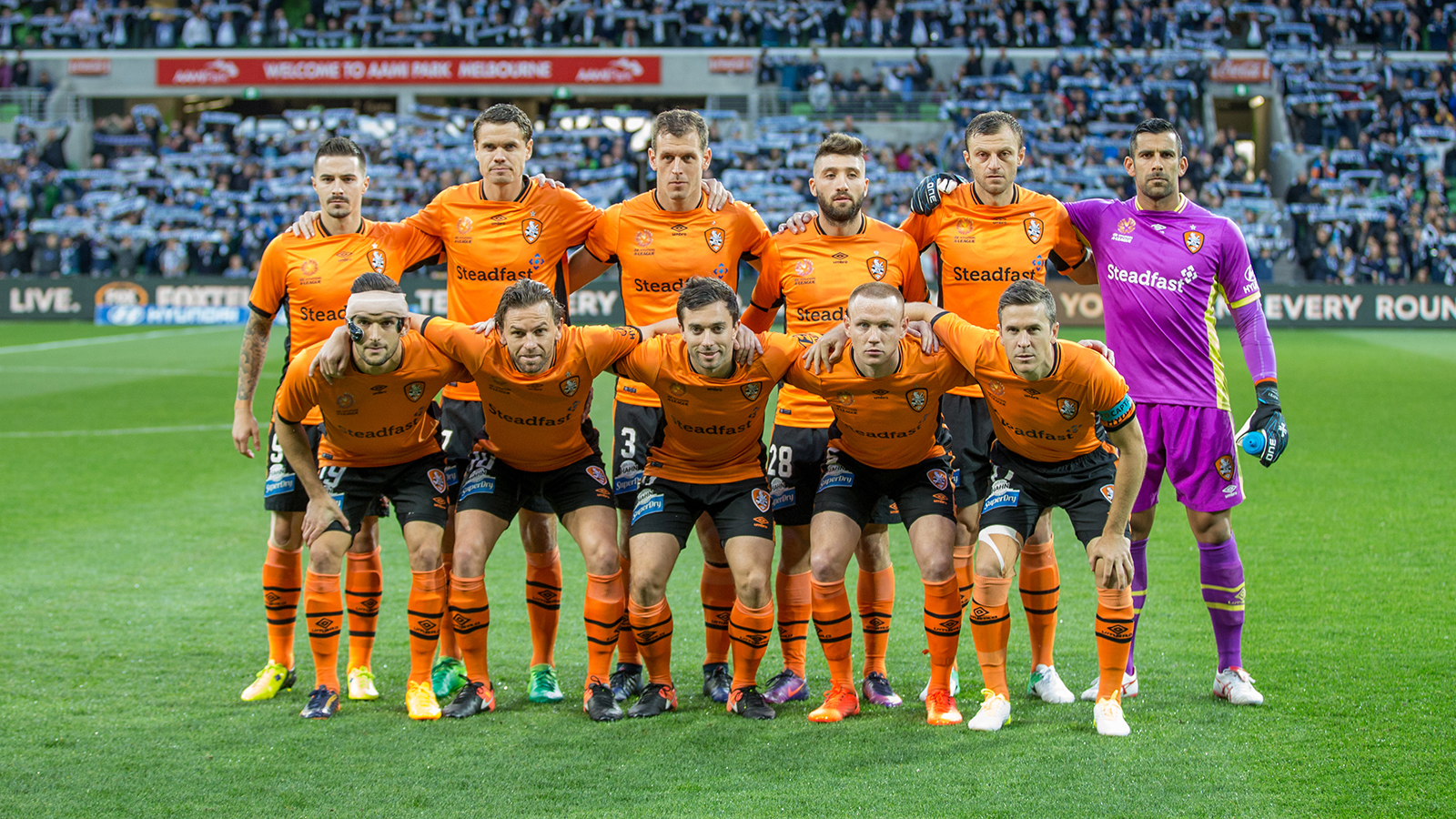 “We’ve got a lot of young players coming through that look very good, and we’ll be there or thereabouts again next season.”

“That’s our goal, we want to win a Grand Final.”

Brisbane fell short in front of a 20,202 strong crowd that included a vocal set of travelling Roar fans.

The match featured welcome returns from injury for captain Matt McKay and Jack Hingert, and the experienced heads were needed as the Roar faced an early wave of Victory pressure.

Jamie Young was dealing with 26 stitches in his forearm, but the Brisbane custodian made a strong save on the ten-minute mark, keeping out Berisha’s shot after the Victory striker broke the Roar offside trap.

The Roar bounced back after that Victory surge through Brandon Borrello, but the winger’s powerful effort drifted high and wide from the edge of the box.

Young’s arm injury held up fine, but the keeper collected a painful knock to the face when diving at Leigh Broxham’s feet midway through the first half.

Reserve keeper Tomislav Bilic leapt off the bench to warm up, but Young was eventually able to continue after going through the concussion protocol. 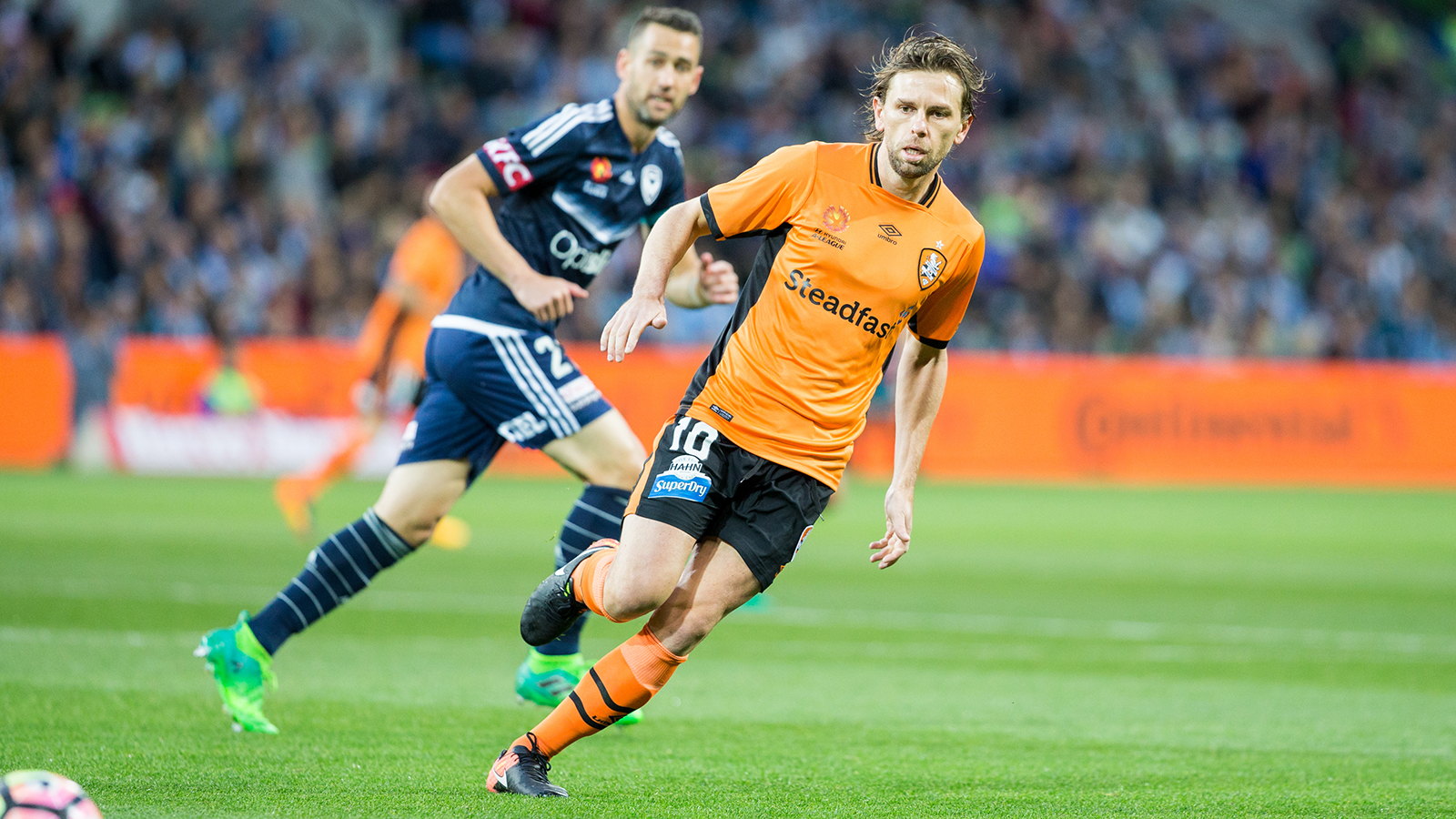 The second half was a mirror image of the first, with the home side bursting out of the blocks and the Roar defended stoutly to keep things level.

Thomas Kristensen nearly gifted the Victory an opener with an errant pass, but the Dane recovered well to tackle James Troisi before he could pull the trigger.

Marco Rojas then produced a brilliant piece of skill to get past Corey Brown, only for Young to again bail out his side with a magnificent instinct save.

Despite the Roar’s resolute defence, the Victory pressure eventually paid off when Fahid Ben Khalfallah crossed for Berisha, who climbed high in the six-yard box to head Victory in front.

Brett Holman and Hingert both fired long-range efforts goalwards, but those difficult chances were the closest Brisbane came to sending the match to extra time.

The Roar have one AFC Champions League match remaining, against Ulsan Hyundai on Wednesday, 10 May, but the Roar’s domestic season comes to a close at the Semi Final stage. 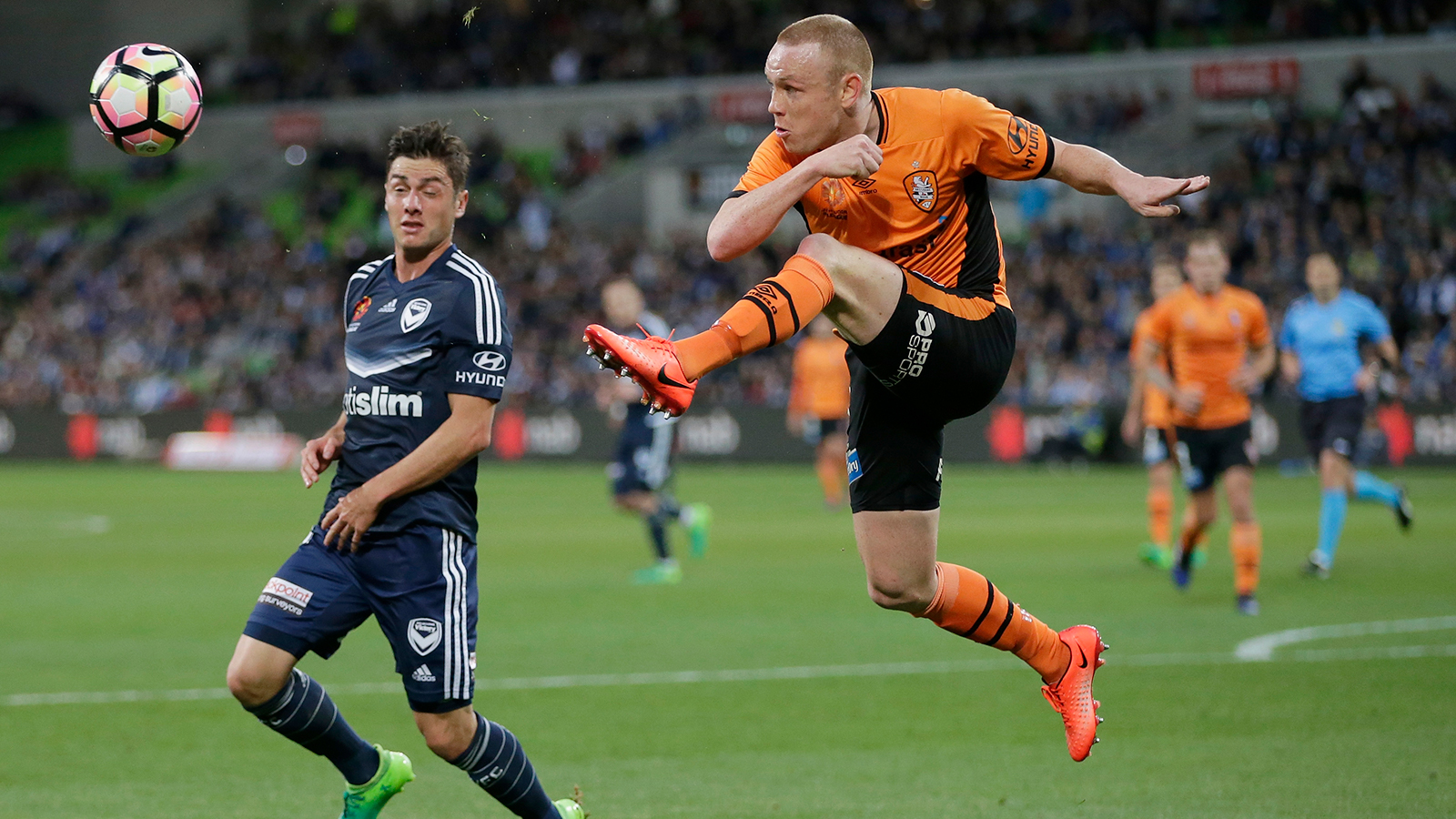 70′: Besart Berisha rises high in the six-yard box to head Victory in front after a pin-point cross from Fahid Ben Khalfallah. 0-1