Patience and concentration are set to again be key qualities for Brisbane Roar as they look to continue last weekend’s barn-storming finish against Melbourne Victory at Suncorp Stadium on Saturday (6.30pm KO Qld time).

“What I expect from them (Melbourne Victory) is they will come out fast,” Roar Head Coach John Aloisi said today.

“Watching them last season and this season, they are a team that really presses hard in the first 15-20 minutes.

“We have to match them with that intensity then after that I am sure playing at our ground, a big pitch, humid conditions, that we can start to keep the ball and make them run around a little bit.

“It is not going to be easy. I know that. But it something that we will look at doing.”

To be there, book your seats NOW by clicking here 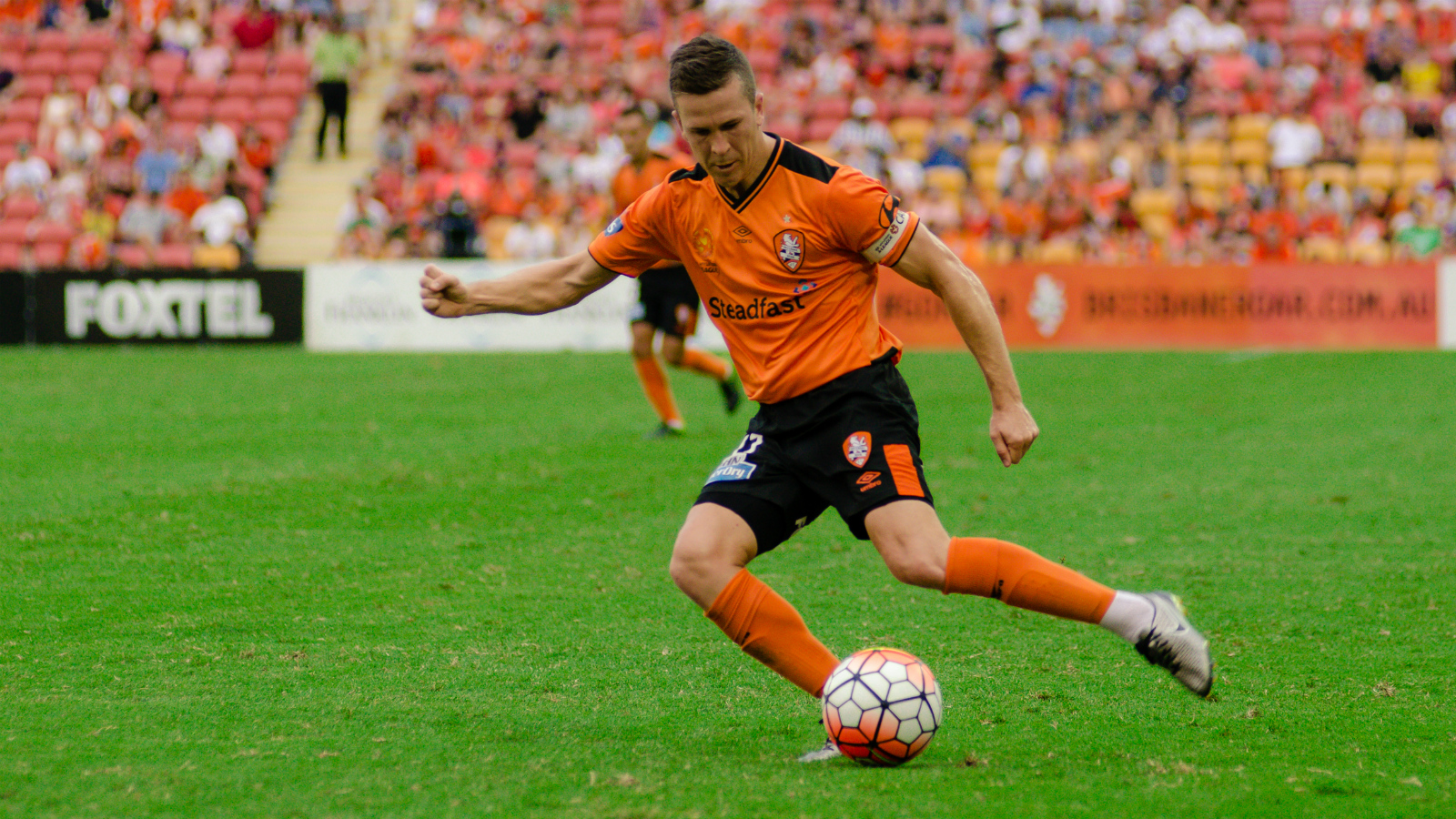 Roar captain Matt McKay (above) says his squad is up to the task and last weekend’s dramatic come-from-behind 3-2 win over Western Sydney proved once again that the Roar is a side that never gives up.

“We believe in ourselves,” McKay said today.

“Things didn’t go our way for a few weeks, it’s happened a few times this season, but it is about our reaction.

“The Boss is pretty strong on that and I think we got the right reaction against Western Sydney.

“There’s a lot of character in the team. We have got a winning side. We’ve done it before as a team (and) everyone that has come in to our side have added to it and have that winning mentality.”

Aloisi agrees that last week’s win underlined the strong character of his squad and their total commitment to the high-tempo style and disciplined structures he has introduced this season.

“We’ve got winners in this side and they showed that last week,” The Roar Boss said.

“I know we’ve got big-game players among the experience players. What was good was the younger players, they showed they are big game players as well.

“Jamie Maclaren, Brandon Borrello, (Dimi) Petratos they really stepped up and they need to do the same again tomorrow night.”