Brisbane Roar will hold an open training session in Cairns on Friday as part of a bumper program of special appearances and autograph signings leading up to their Hyundai A-League fixture against Wellington Phoenix at Cazalys Stadium on Saturday (4.15pm kick off).

Fans are invited to attend the open session, featuring Roar Head Coach John Aloisi and his Hyundai A-League squad. It will run from 7.30am to 10am on Friday, 11 December, at Cazalys Stadium. Admission is free.

The Roar arrive in Cairns on Wednesday, 9 December, at 3.55pm to play the first Hyundai A-League fixture staged in the city.

They will do a public meet-and-greet session on Wednesday, from 6pm, at Endeavour Park, Manunda.

Thursday is a busy program of activities.

The Roar will have their first training run on Cazalys Stadium from 7.30am. This session is closed to the public. 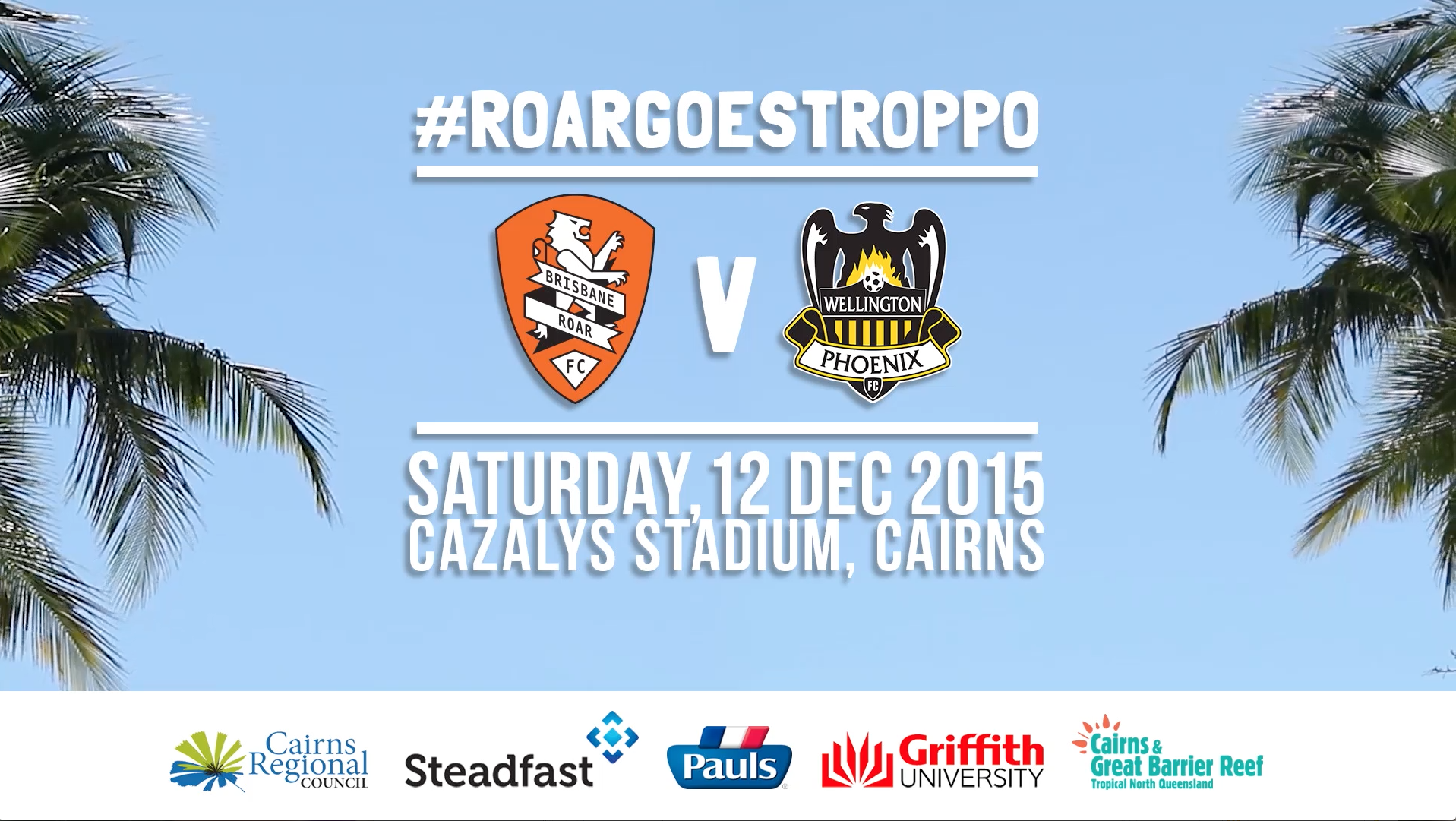 There are several player appearances and fun activities throughout Thursday afternoon. These include:

2pm-5pm: Join Roar players for a kick around in the Rebel Roar Zone inflatable fields on the Esplanade. They will also be signing autographs and posing for photos (Cairns Esplanade).

The Roar and Wellington Phoenix will train at Cazalys Stadium on Friday, 11 December.

Brisbane will train from 7.30am to 10am. This training session is open to the public and players will sign autographs afterwards.

Wellington will train at Cazalys Stadium for an hour from 5.30pm. This session is closed to the public.

On Saturday, gates open at Cazalys Stadium at 3pm. Kick off is 4.15pm.