Two goals either side of half-time sees the Roar secure a confidence-boosting victory just two weeks out from the beginning of the Hyundai A-League 2016/17 season.

Head Coach John Aloisi was pleased with the all-round performance and his side’s ability to keep a clean sheet.

“We were positive going forward when we had the ball and defensively we kept our shape really well,” Aloisi said.

“We dealt really well with their set pieces.

“Luke Devere played 70 minutes and he was good and Michael [Theo] made a couple of good saves.”

The Roar were forced to withstand early pressure from the Glory, who looked threatening from set pieces, but prevailed unscathed and took control of the match.

Borrello was on the scene again three minutes later, squaring the ball to the goalmouth where Jamie Maclaren doubled the advantage from close range.

Brisbane took a two goal lead into the break before Dimitri Petratos added a third for the Roar after creating space for a shot and finding the back of the net with a fine long-range effort.

As if a carbon copy from the first half, the Roar struck again moments later when Petratos’ free-kick ricocheted back into play off the crossbar to Thomas Broich who fired home with a superbly-struck volley.

The Roar threatened regularly from the right side of attack with Brandon Borrello causing problems for the Glory defence throughout the match. 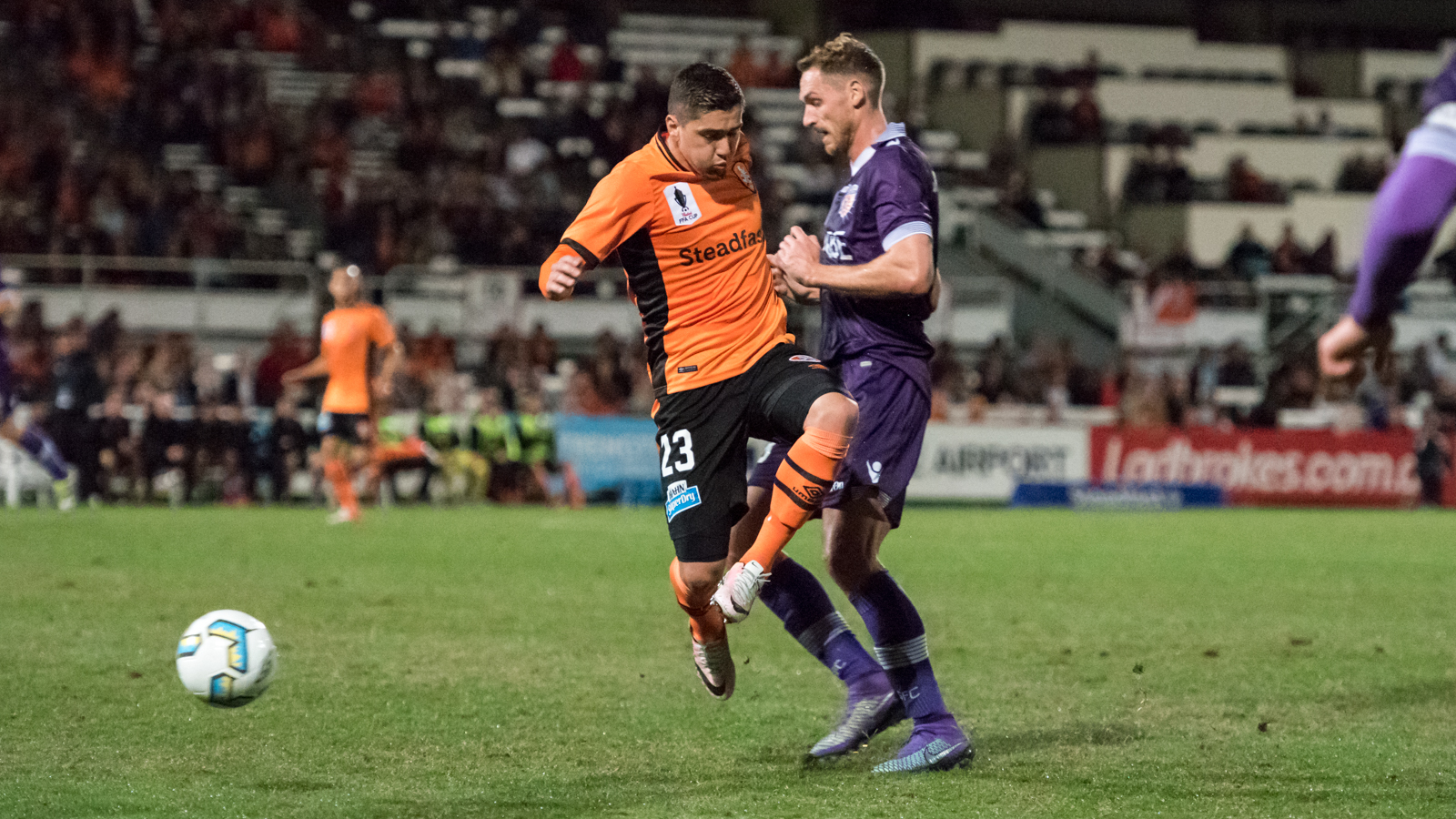 Aloisi praised the performance of the Roar attack and says it’s great to have an array of players playing well.

“We’ve got competition for places which is what we want and what we really need if we want to compete,” Aloisi said.

Brisbane’s back-four remained strong throughout the match with solid performances from centre defensive pairing Luke DeVere and Jade North, and a number of quality saves from goalkeeper Michael Theo.

The clash was the Roar’s final pre-season meeting against Hyundai A-League opposition before the season opens on October 7 at Suncorp Stadium.

The Roar will play their last pre-season match against PS4 NPL QLD Select U23 on Saturday, 24 September at QSAC (3pm kick-off), before fine-tuning structures and finalising preparations on the training pitch for the season opener against Melbourne Victory.

Brisbane Roar Head Coach JOHN ALOISI: “It was a really good performance and t’s what we needed, a good hitout.

“We feel we’re ahead from where we were this time last season, so it was a really good performance.

On winger Brandon Borrello: “He hand a hand in two of the goals. It was all good build up

“The movement was good and Brandon made good forward runs, Dimi [Petratos] was timing the ball well and Brandon was able to get in behind the defence

On winger Dimi Petratos: “Dimi did really well. They were struggling to deal with him and scoring will give him confidence.

“He hit the crossbar with a really good free-kick and Thomas managed to score from the rebound.”