Roar get the job done against Global FC

The Roar banished any uncertainty about the result by racing to a 3-0 lead inside 30 minutes, on the back of a quick-fire Brandon Borrello hat-trick.

The first goal arrived after Matt McKay broke into space but lost the ball when trying to cut inside onto his right foot.

The clearance fell to Brandon Borrello and the winger took a few steadying touches before finding the net via a Global deflection.

Fifteen minutes later Borrello had his second as he benefited from a fantastic Corey Brown cross, volleying home at the back post.

Unfortunately, Joey Katebian was injured on the play and had to leave the field, later reappearing on the bench with his arm in a sling. 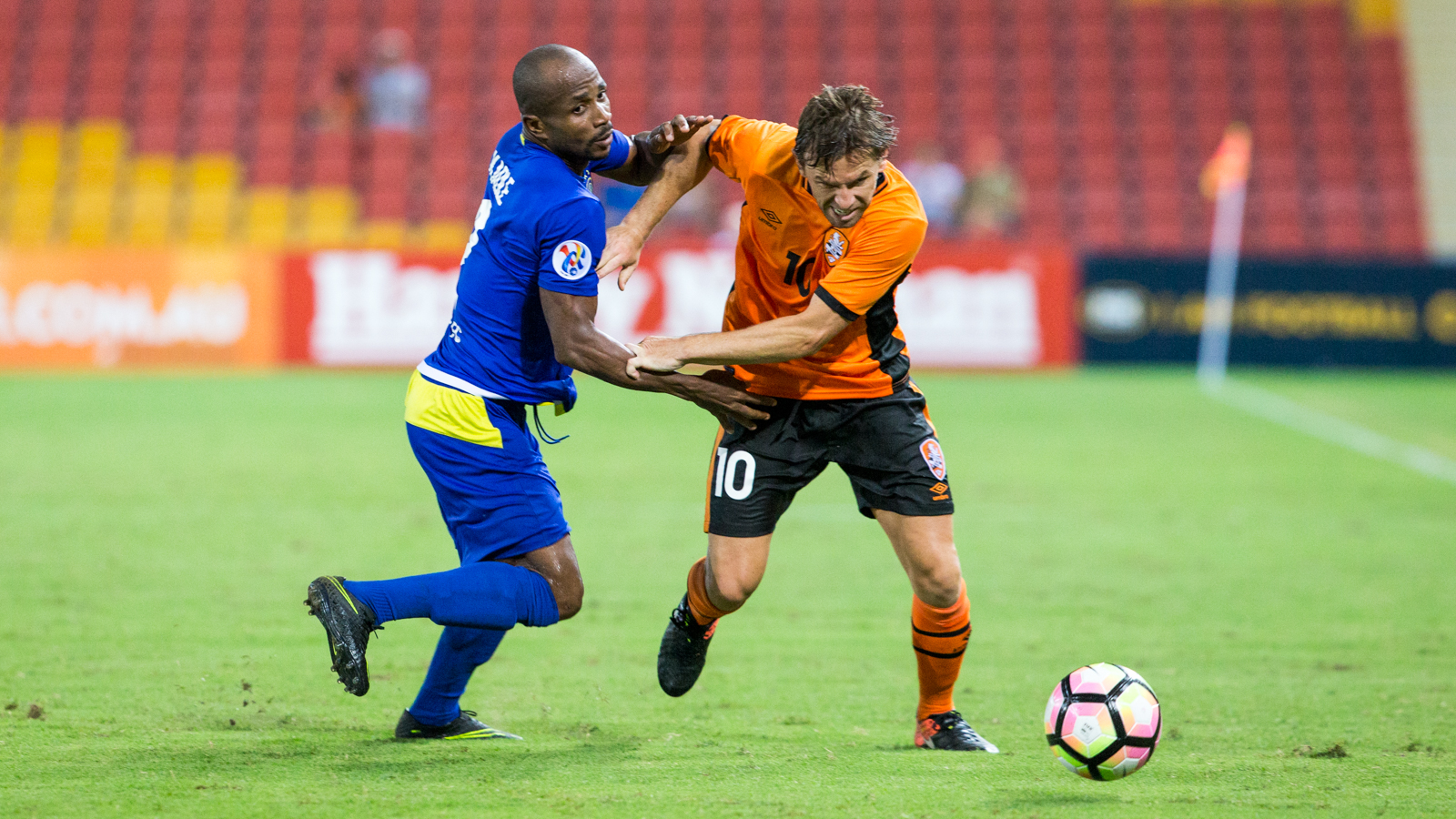 Borrello sealed his hat trick and the game on 30 minutes, patiently twisting away from defenders and finishing after Arana had carried the ball into the box.

“Our main focus now is Sydney FC. Everyone will be putting their hand up for Friday night,” said Aloisi.

“It’s a big game for us and hopefully we can keep that winning run going.”

Roar’s Spanish midfielder Arana then scored his first goal for the Club extending Brisbane’s lead once more after racing onto a Brown through ball and slotting the coolest of finishes past Global FC goalkeeper Patrick Deyto.

The Spaniard bagged another midway through the second half, this time finding a pocket of space inside the box before finding the far corner. 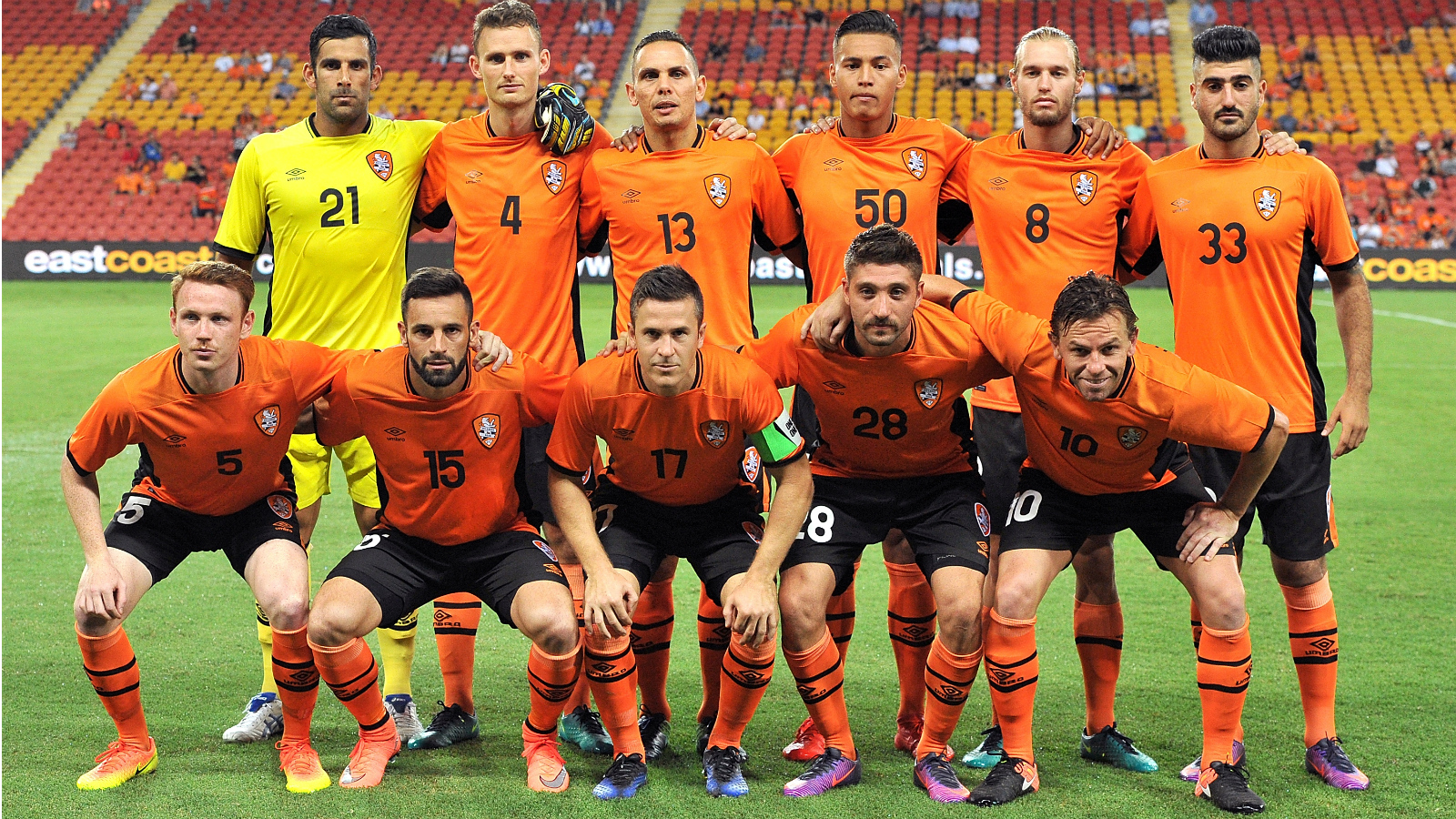 Substitute Shannon Brady made his mark on the match after coming on, sliding a superb ball through to Borrello, who finished expertly with his left foot to become the first Australian to score four goals in an AFC Asian Champions League match.

The Roar play Sydney FC at home on Friday night before visiting Shanghai Shenhua on February 8 for a spot in the AFC Asian Champions League 2017 group stage.

11’: Brandon Borrello latches onto a botched clearance before side footing in from outside the box. 1-0

25’: Brown bends in a great ball from the left and Borrello finishes smartly. 2-0

30’: Borrello bags his third after Arana bursts into the box at speed. 3-0

65’: Arana bags a second, finding the far corner of the net with his right foot. 5-0

80’: Borrello grabbed his fourth, running onto a superb Brady ball and finishing with his left. 6-0 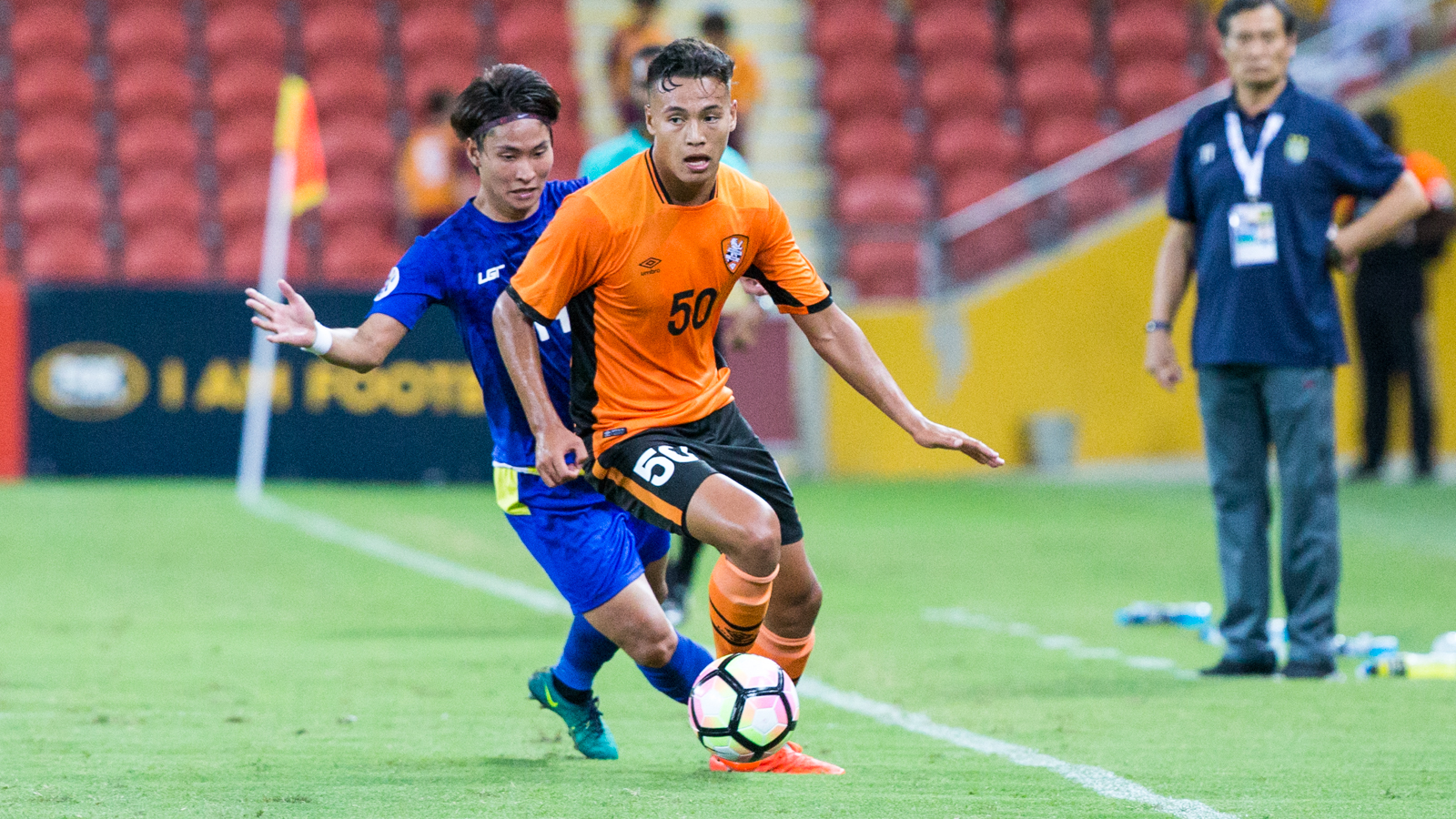 Brandon Borrello was in scintillating form, notching his hat trick inside 30 minutes and continuing to threaten throughout the encounter, adding a fourth on 80 minutes. Borrello has scored two Hyundai A-League goals this season; his haul should give him some goal scoring confidence.

“The boys did well, it was a good performance. It was great to see some young players make their debut and they did really well tonight.”

Brandon Borrello on taking his opportunities in the first team:

“Sometimes you’re left out of the squad or on the bench, you can’t look at it like ‘Oh, what am I doing?’ You just need to keep looking at the positives and I try and perform well at training and take it into the games.”