Brisbane Roar FC will extend its ongoing support of the Gold Coast football community with a game this weekend against an All-Stars side chosen from the Gold Coast Premier League.

The match will be played on Sunday, 30 August at Southport Soccer Club. Kick off is 3pm.

Admission to the game if FREE.  The Warriors’ ground, Ashmore Park, Mualla Drive at Ashmore, is a licensed facility.

After the cancellation of the Sydney FC versus Gold Coast All-Stars match earlier this month, Brisbane Roar FC is delighted to help ensure the best players from the Gold Coast Premier League have the opportunity to play against an A-League team.

Gold Coast Mayor Tom Tate said he was happy to welcome the Roar back to the city.

“We would like to thank the Brisbane Roar FC for their continued work in promoting football throughout the Gold Coast and in bringing professional sporting teams to our region to train and play,” he said.

It will be the second time in less than a fortnight that Roar will play on the Gold Coast after taking on fellow Hyundai A-League club Melbourne Victory in a pre-season friendly at Fankhauser Reserve at Southport last week (below). 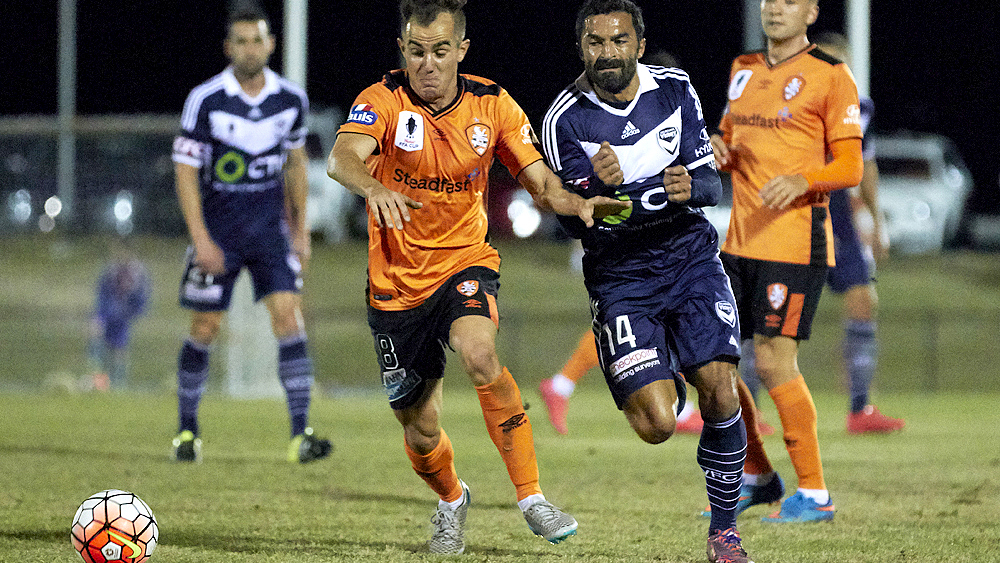 Brisbane Roar Head Coach John Aloisi welcomed the chance to bring his players back to the Coast.

“It was a great atmosphere at the Victory match and the Roar players signed lots of autographs and posed for plenty of selfies with the fans afterwards which was terrific,” Aloisi said.

“We have said all along that the Roar are for all of Queensland not just Brisbane and we feel very welcomed playing in regions like the Gold Coast.”

The Roar has a number of players who learned their skills with Gold Coast clubs including strikers Shannon Brady (Gold Coast Knights) and Nick D’Agostino (Runaway Bay).

A Gold Coast All-Stars team was selected for a match against Sydney FC earlier this month, during the Sky Blues’ training camp on the Coast – which was supported by Football Gold Coast and the City of Gold Coast.

But the best of the Coast’s football talent never got to take the field after the match was cancelled on a compliance issue relating to ground lighting. 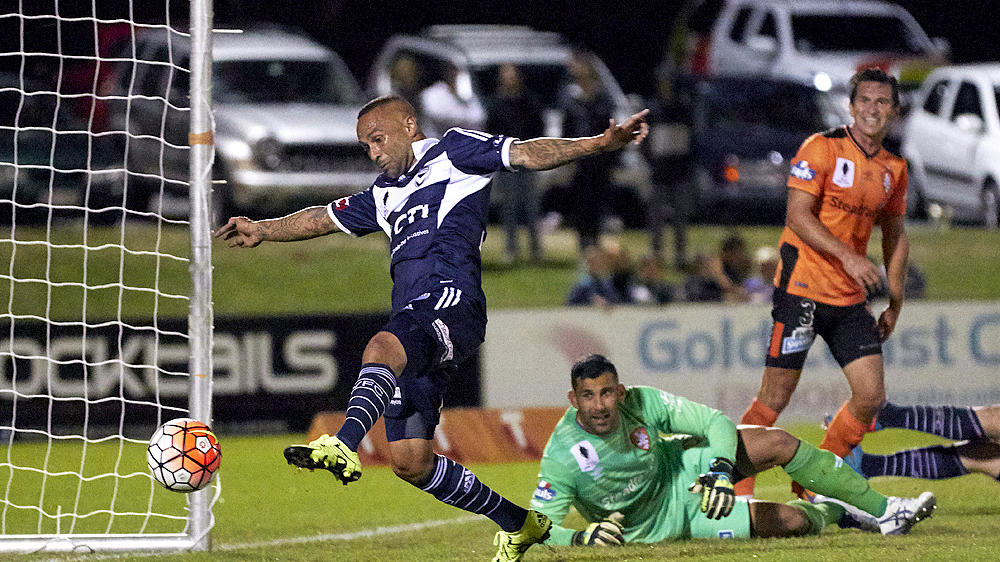 Aloisi said he expected the Gold Coast to put out a very competitive All-Stars team against the Roar and he was looking forward to Coast players pitting themselves against the Roar’s Hyundai A-League stars.

“We have seen from the quality of Coast-bred players such as Shannon and Nick, and many others over the years, that the Gold Coast is a very strong football region,” Aloisi said.

“I am expecting an entertaining game that will be good for us and great for the fans.”

The match will be now included in the Roar’s 2015/16 Pre-Season Tour of South-East Queensland.