Brisbane Roar have continued preparations for the upcoming Hyundai A-League campaign with a promising showing in a behind-closed-doors friendly against Sydney FC.

A second-half goal from new recruit Stefan Mauk, his first in Brisbane orange, proved to be crucial as the two sides played out a 1-1 draw at Robina’s CBUS Super Stadium.

An even first-half against the defending premiers was followed by a second period that impressed Head Coach John Aloisi.

“The first half was quite even and both sides had a couple of opportunities. We sorted out some things that we wanted to work on at half-time and in the second half we played really well,” Aloisi said post-match.

“It was probably the best performance of pre-season so far that second half. We pinned them back, were positioned well to recover the ball, and when we got our goal, we kept searching for another.”

Sydney FC opened the scoring in the first half, taking a lead they would hold until the second half, through Trent Buhagiar who made a well-timed run to connect with a cross from Milos Ninkovic. 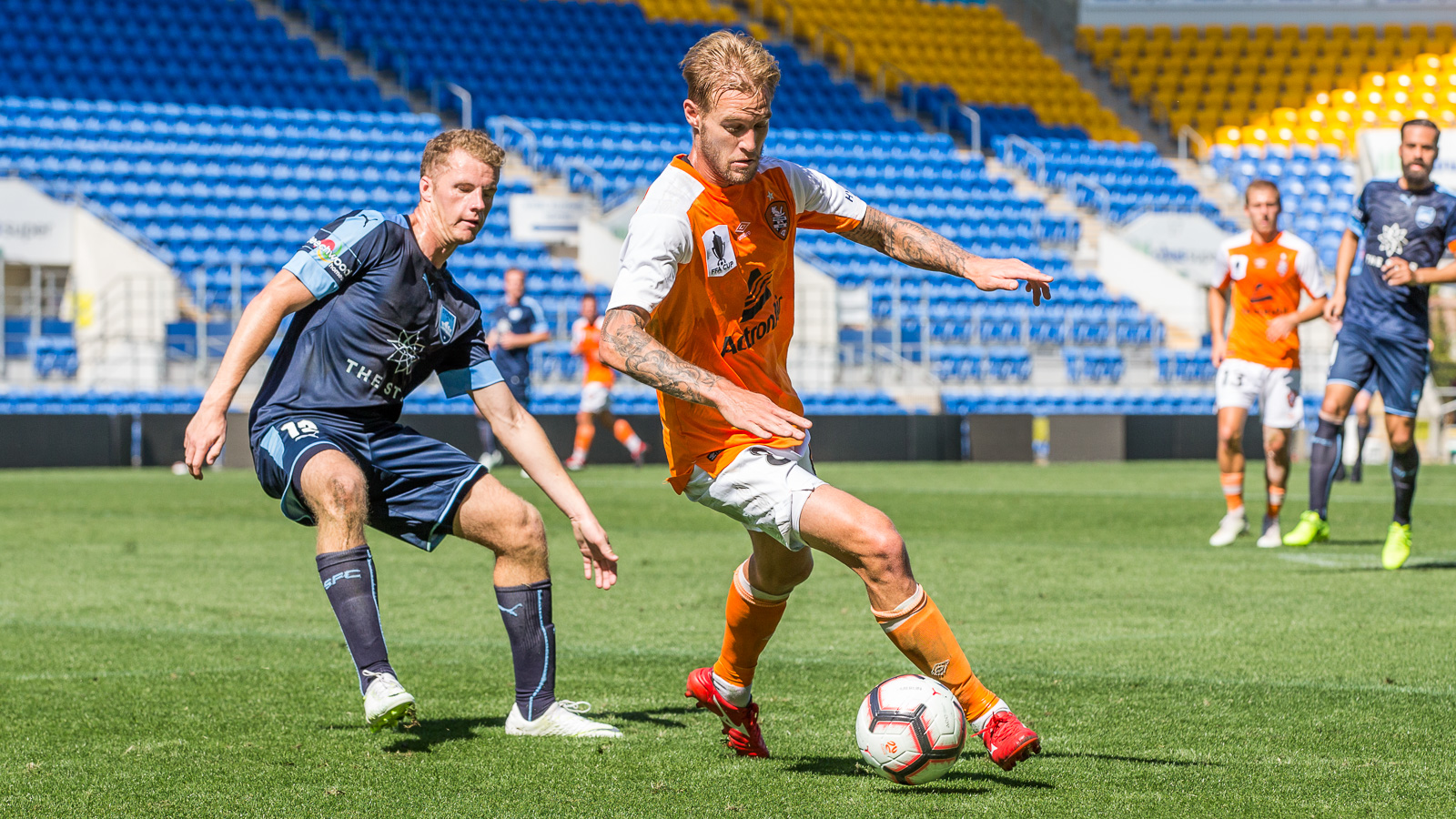 Both teams carved strong chances as the contest progressed with Gary Wilkins Medallist Jamie Young making a number of strong saves between the posts, while Adam Taggart, Eric Bautheac and Dylan Wenzel-Halls all tested the Sky Blues goal at the other end.

A deserved equaliser came partway through the second stanza from the head of Mauk who connected with an inch-perfect, teasing cross from Jack Hingert, before finishing with a looping header.

The goal was the Australian U23 representative’s first for BRFC following a number of strong pre-season performances since joining the Club during the off-season.

The clash was BRFC’s third against Hyundai A-League opposition in a pre-season that is progressing nicely.

“We’re happy with the progression, we’re improving every game. There’s still a long way to go, but there were a lot of good signs,” Aloisi continued.