Roar Head Coach John Aloisi relished the performance, as it vindicated his pre-match assertion that his team can match it with the best.

“We’ve got that belief that we can beat anyone, and we showed tonight that we can,” said Aloisi.

“We’re still alive in the competition.”

The Roar needed maximum points to stay relevant in Group E and the players reacted, tearing into their visitors from the opening whistle.

Jack Hingert was given room to run early on and took advantage, twice setting off on long forays into the Kashima half. 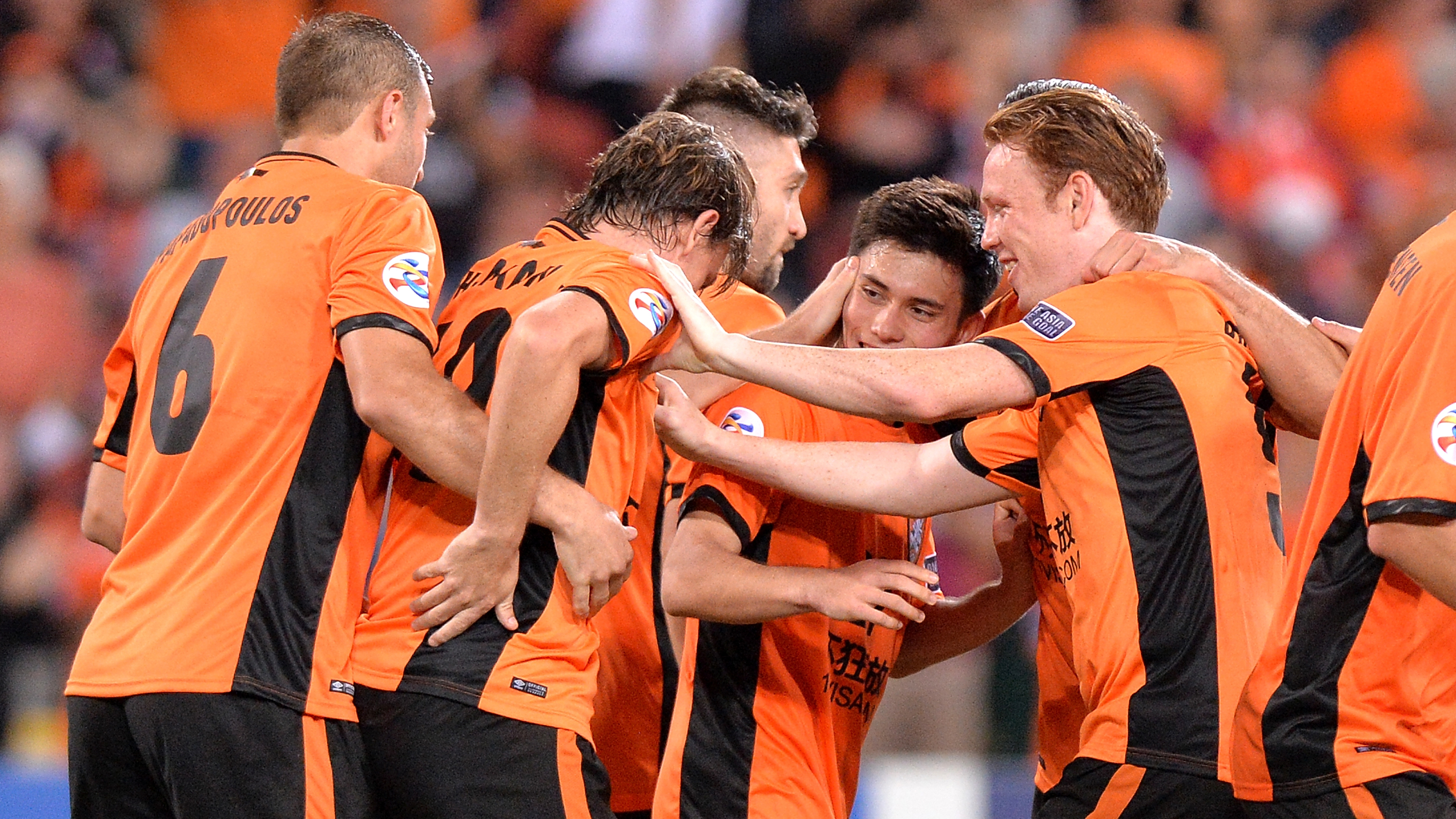 While Hingert found space on the right, the Roar’s opening goal was created on the opposite flank.

Kristensen spoke after the match about his confidence that the Roar would give Kashima a real test in Brisbane.

“We knew they were a quality squad, but we also believe in our team,” said Kristensen.

Kashima began to push back as the first half wound down, with their star striker Yuma Suzuki prominently involved.

Suzuki was rocking gloves with a short-sleeved shirt in the mild Brisbane night, but his talent excused his fashion faux pas as the Antlers No.9 showed off his silky touch on numerous occasions. 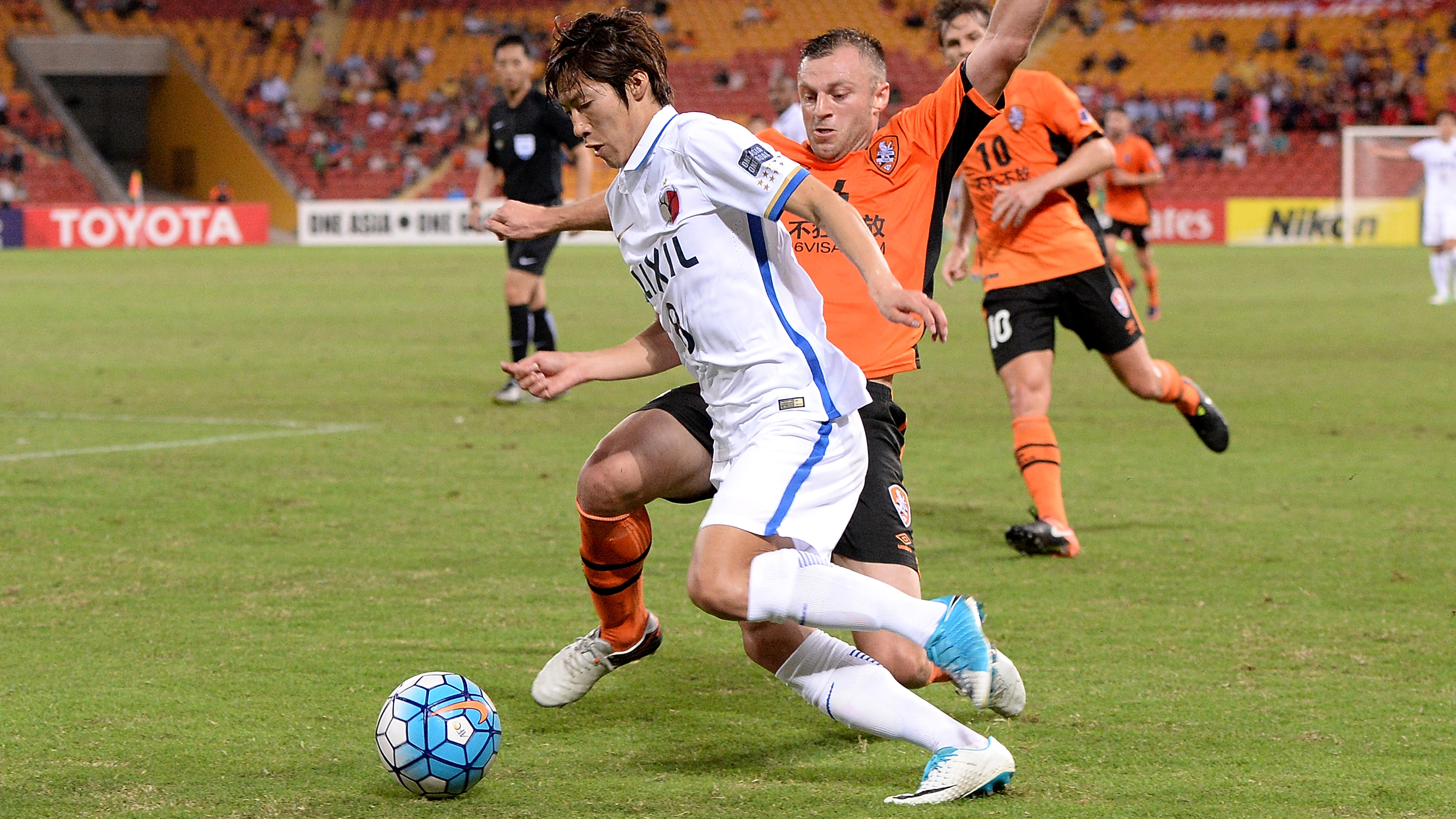 Kashima hit the post with five minutes remaining, but Brisbane held firm and went to the break holding onto a one-goal advantage.

The lead was doubled minutes into the second half when Brett Holman reacted smartly to a mediocre clearance, sidefooting home from the edge of the box.

Holman’s strike gave the Roar breathing room and the home side began to play with more freedom, with Borrello producing a showstopping 360-degree spin that elicited gasps from the crowd.

Much like the first half, Kashima improved as the minutes wore on, eventually pulling a goal back through Ryota Nagaki, who stretched to poke in an Atsutaka Nakamura cross.

The late pressure never paid off for Kashima and the Brisbane Stadium crowd roared as the final whistle sounded.

The Roar host Wellington Phoenix on Sunday afternoon in the final round of the Hyundai A-League (5pm KO), while their next AFC Champions League fixture is away to Muangthong United on Wednesday, 26 April. 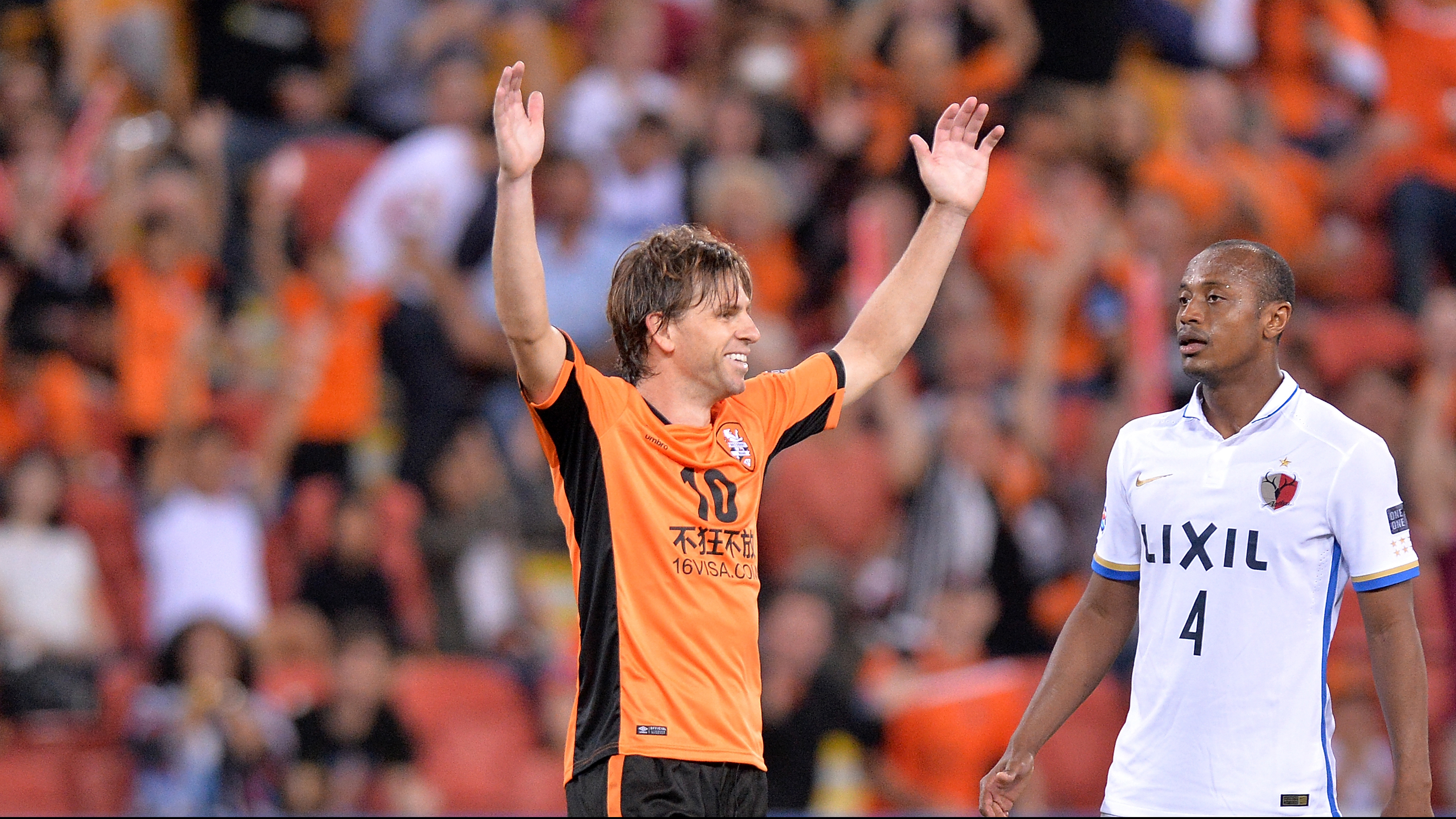 79′: Ryota Nagaki stretches to reach a low cross and pulls one back for Kashima. 2-1

The Roar host Wellington Phoenix on Sunday afternoon in the final round of the Hyundai A-League (5pm KO). The Roar’s next AFC Champions League fixture is away to Muangthong United on Wednesday, 26 April.