Roar legends take on U23 All-Stars

Two of the Roar’s most experienced players – marquee striker Thomas Broich and five-time Hyundai A-League championship-winning goalkeeper Michael Theo ­– are in the squad to take on the most talented under-23 players from the PlayStation 4 National Premier Leagues Queensland competition at QSAC, Nathan, tomorrow (Saturday, 19 September).

Admission is $10 (adults); $5 (concessions, children under 16, pensioners and students); and FREE (all FFA-registered players 16 years and under and children under five years). Parking can be accessed from the Mains Road side of the stadium.

Brisbane Roar Head Coach John Aloisi said it was important for players who had been out injured to start playing with the new season less than three weeks to go and only one more pre-season game (versus Central Coast Mariners on the Sunshine Coast, Saturday, 26 September) and an internal training match remaining before the opening fixture away to Western Sydney Wanderers FC (Thursday, 8 October).

“The ones that need game time will get their minutes,” Aloisi said of tomorrow’s match. 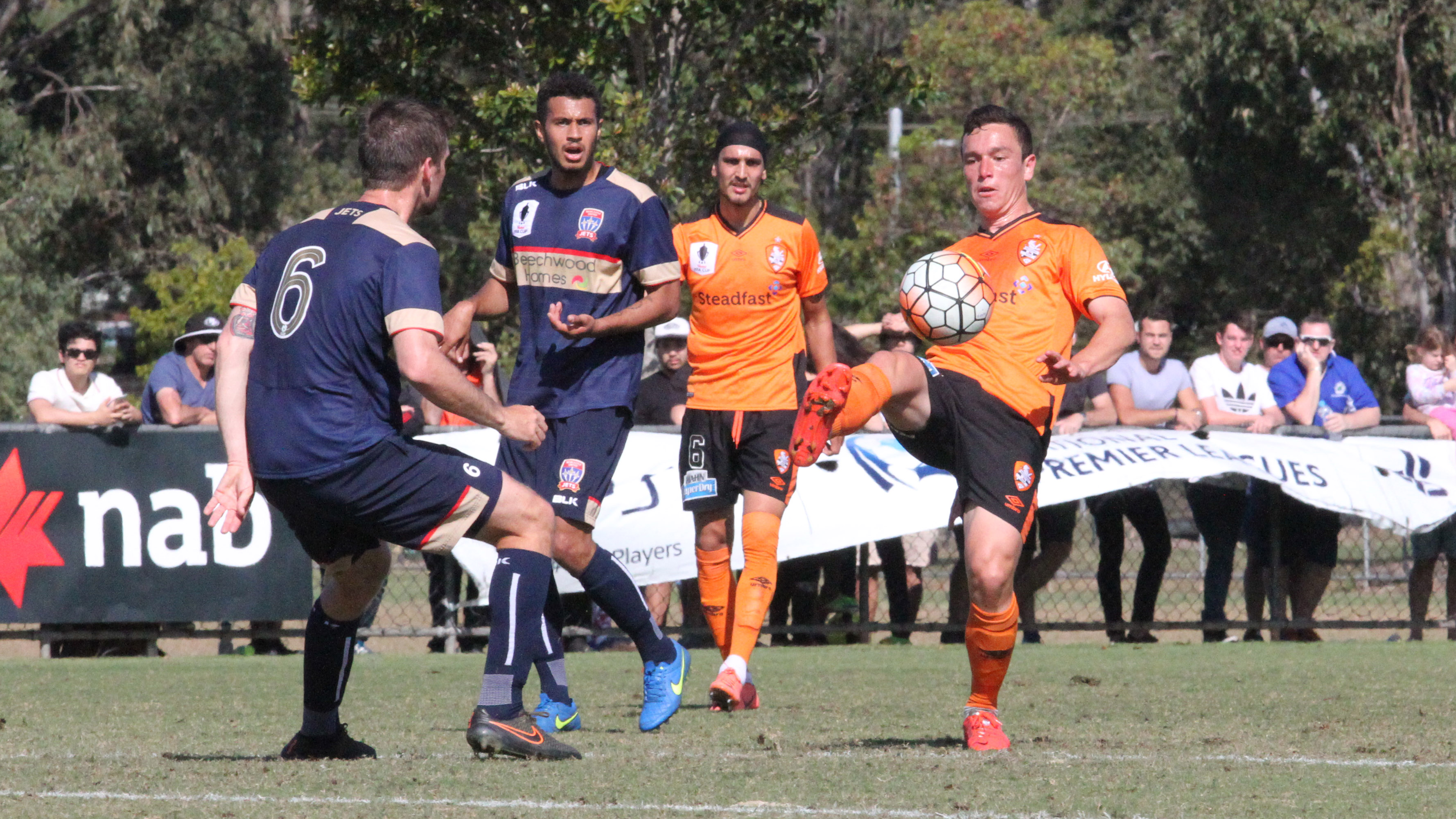 The Roar Head Coach admitted he wasn’t sure what to expect from the Under-23 PS4NPL All-Stars but stressed it was more important for his side to stick to their game plan and create more goal-scoring opportunities.

“I still want the (Roar) players to play within our structures. It doesn’t matter how the game is panning out . . . you still have to keep on doing what we have been trying to do.

“We want to create opportunities to score goals.  Against Newcastle (a scoreless draw last weekend) we had a lot of good possession and we got into some good areas but we didn’t create the clear-cut chances that we would have liked.

“We are heading in the right direction . . . the progression is there (and) we want to keep improving every day.

Roar players Devante Clut (above) and Brandon Borrello (below), who came into the Hyundai A-League squad after time with the Young Roar in the PS4NPLQLD and Foxtel National Youth League, says tomorrow’s game was a terrific opportunity for aspiring young players to showcase their abilities.

“It’s good exposure for the NPL guys. In any game like this you have to make sure you do your best and show what you have because you never know whose is looking,” Clut said.

“And for us, it is a great chance to test ourselves and what we are working on.” 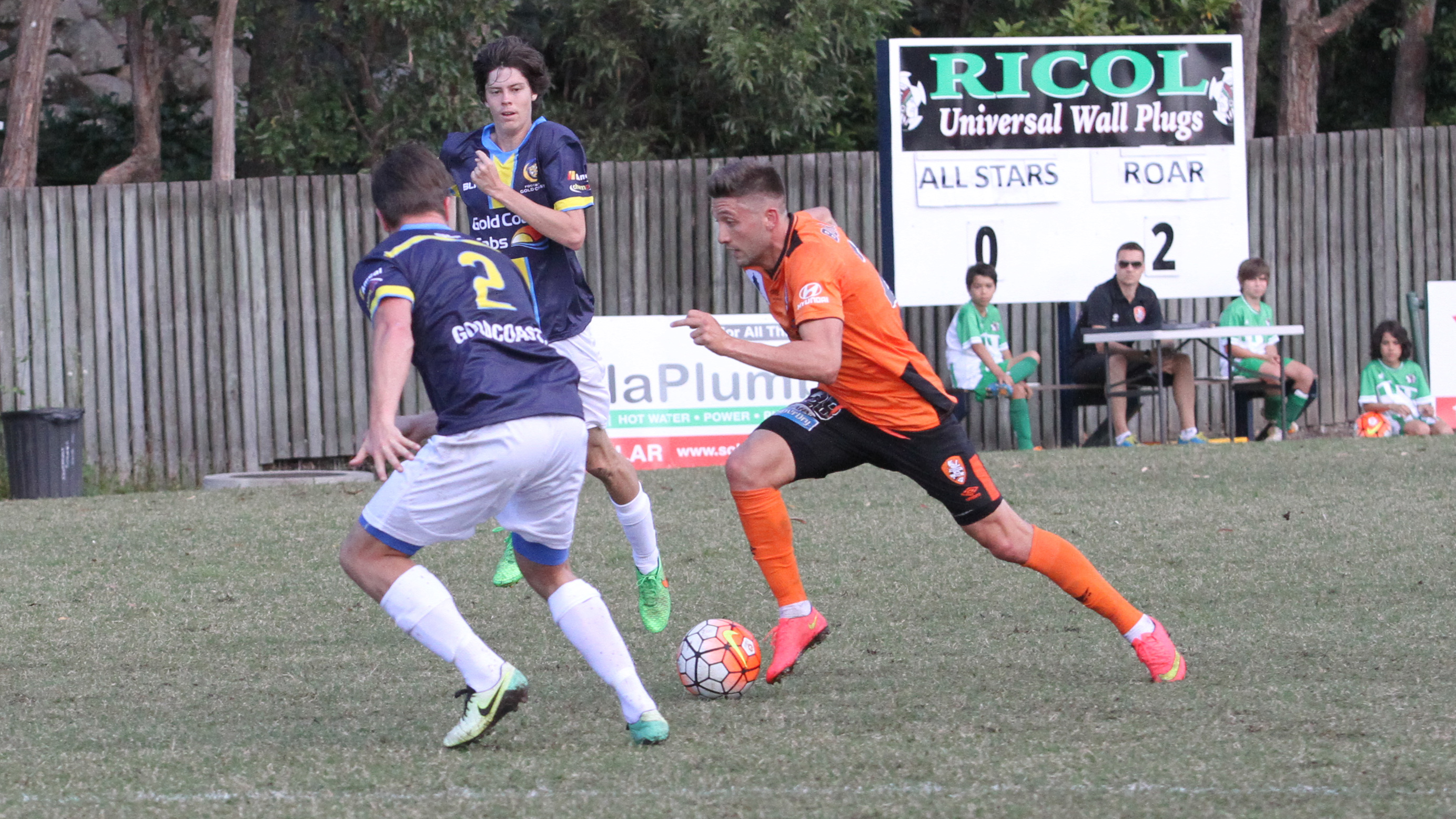 Clut said his time playing for the Young Roar was critical in his footballing development.

“Obviously at the time I was disappointed I wasn’t in the first team but it gave me the opportunity to work on what I needed to improve on and to also implement what the coaches wanted to see,” he said.

Borrello said playing PS4NPLQLD and FYL had toughened him up physically and mentally. The speedy Roar winger and former Young Socceroo is now part of the Olyroos squad bidding to qualifying for ne3xt year’s Olympics in Rio de Janeiro.

“This game is a great opportunity for the younger players from the NPL and being a young player also, I want to show them how far they can go in terms of playing football,” Borrello said. 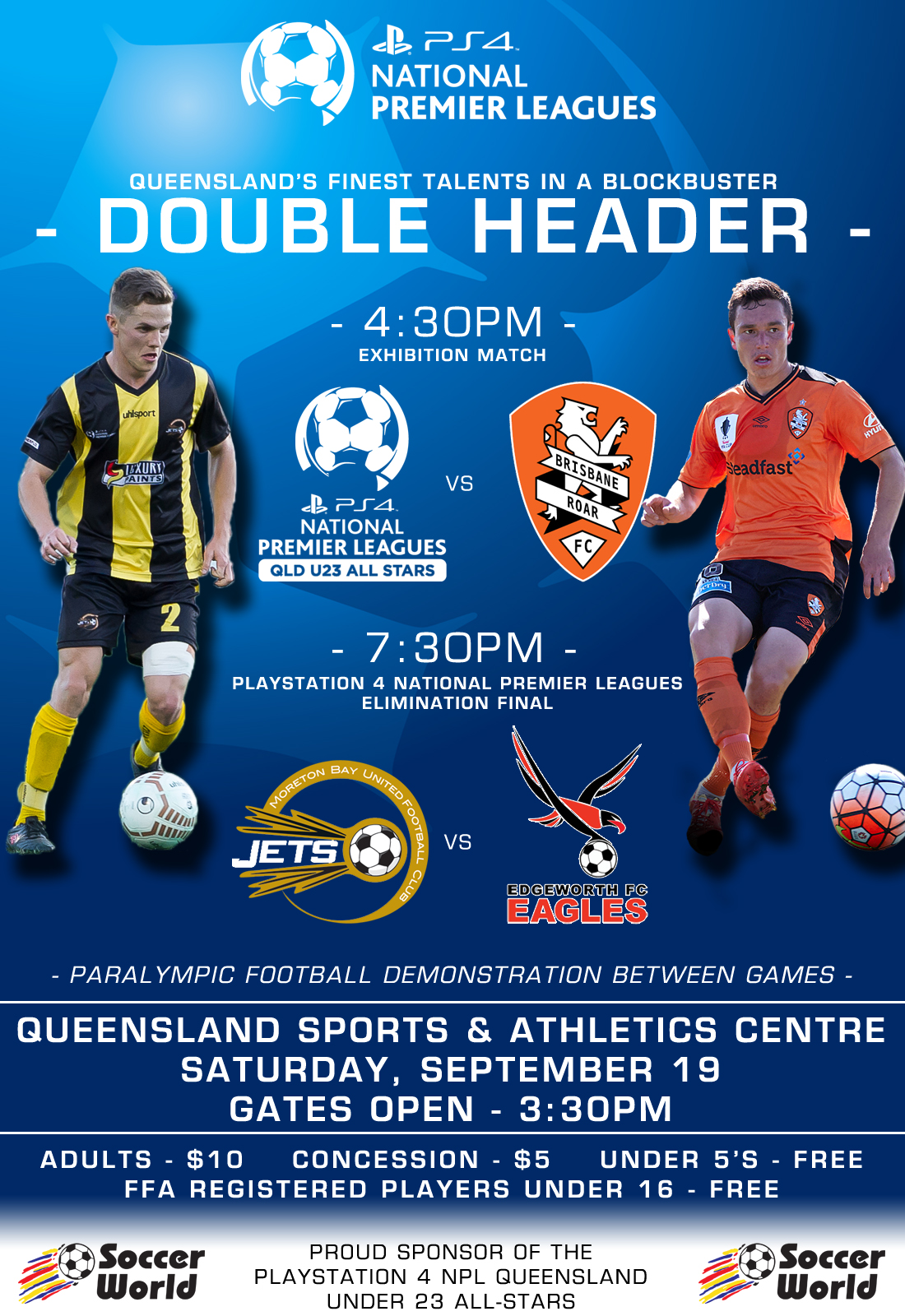