A CityCat emblazoned with the Roar logo and colours will traverse the Brisbane River for the next three years after it was unveiled at South Bank today.

The bold design, which features the club logo on the bow, Brisbane Roar FC down the sides and historic photos of the club’s successes inside, was unveiled by Roar Head Coach John Aloisi, Club Captain Matt McKay, Michael Theo, Henrique and Brisbane’s Deputy Mayor Cr Adrian Schrinner (all pictured below on board the Roar CityCat for the first time).

Brisbane Roar Chief Executive David Pourre said the club was delighted its proud standing in Queensland sport will be celebrated with the Roar emblem and colours adorning the CityCat Tunamun.

“As one of Queensland’s most successful sporting organisations over the past decade, it is fitting that the club’s past successes and high ambitions for the future will be recognised and admired on a daily basis as the Brisbane Roar CityCat Tunamun traverses the Brisbane River.

“This is a proud moment for the entire club.” 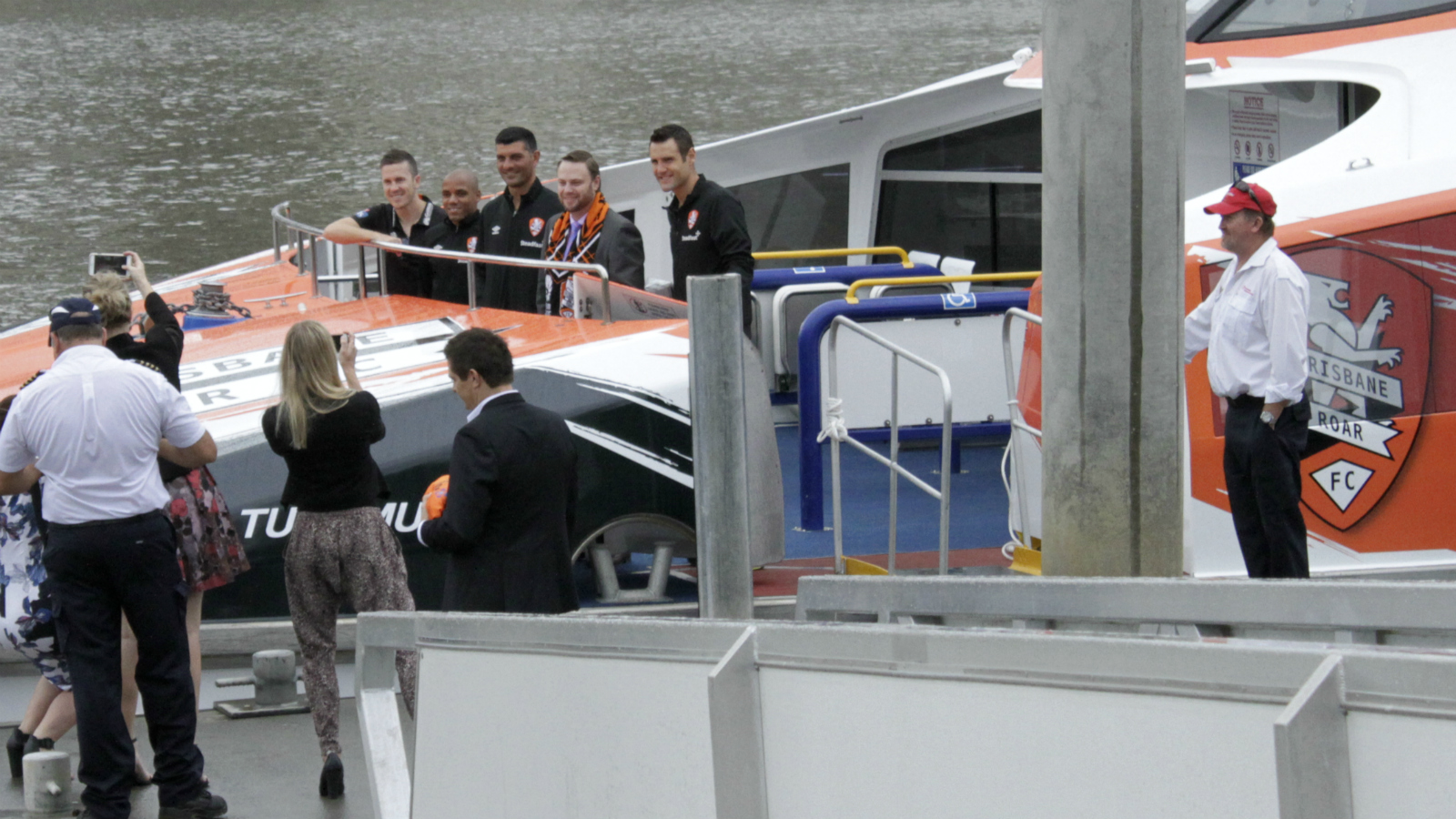 McKay said a Roar CityCat had been “a long time coming”.

“We’ve seen all the other sports and codes with their CityCats and we were very jealous so to see a Brisbane Roar one is great,” McKay said.

“We are a very well supported team in Brisbane and I’d like to thank the Council and the Team Brisbane initiative. We now have our own CityCat and I can’t wait to get on it.”

Cr Schrinner (below being presented with a Roar scarf from John Aloisi) urged Roar fans to get on board the Orange and Black adorned CityCat. 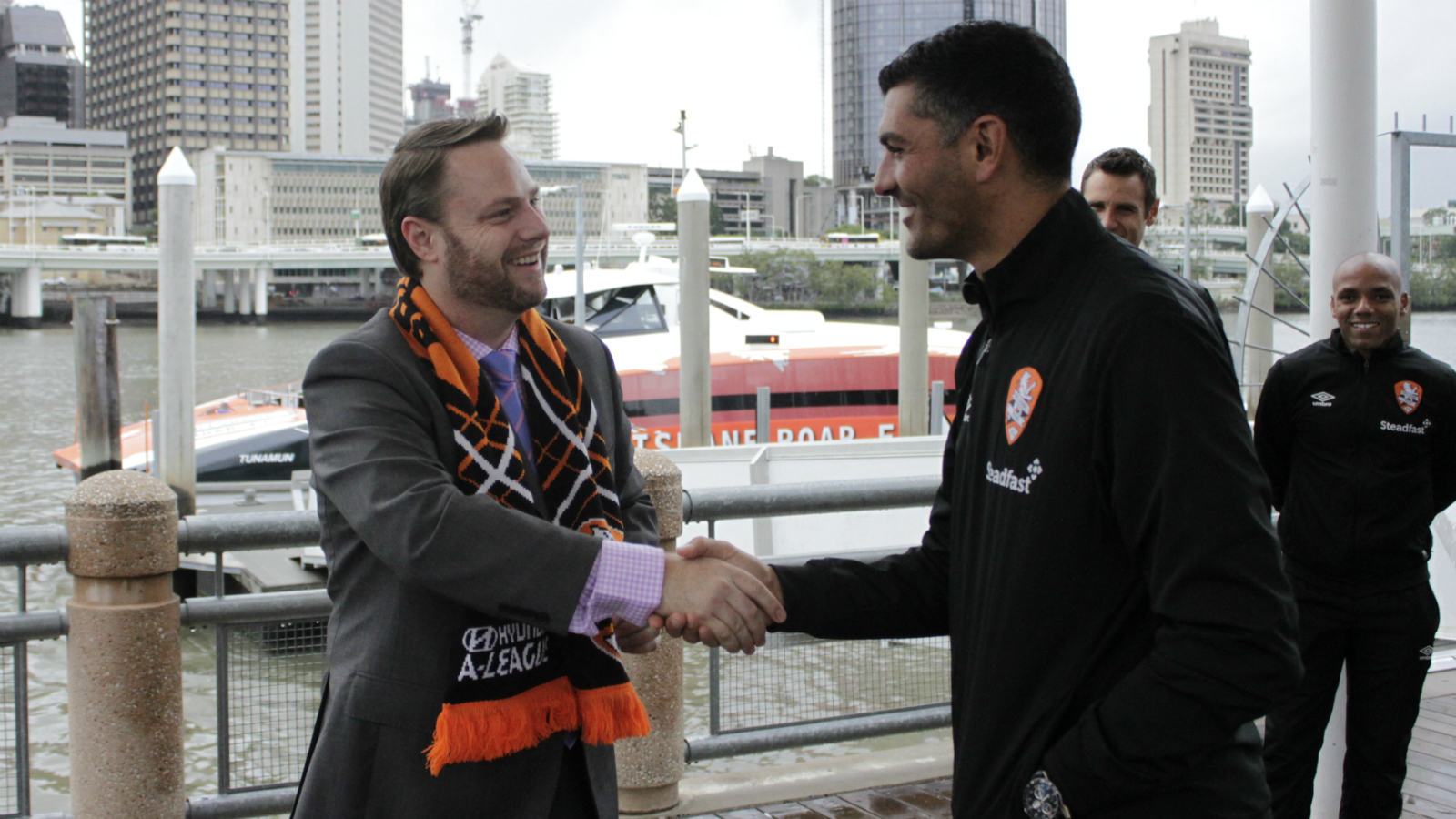 “We are so excited today to launch this CityCat in the Brisbane Roar colours.

“Having this CityCat up and down the river every day is one way we can celebrate Brisbane Roar’s contribution to our city.”