Four Brisbane Roar young guns are returning to Australia with international silverware after the Young Socceroos comprehensively defeated Thailand in the Final of the 2016 AFF U19 Championships in Vietnam.

Attackers Joseph Champness and Jayden Prasad along with defenders Connor O’Toole and Kye Rowles all contributed strongly throughout Australia’s campaign in Vietnam and will return to Brisbane with a taste of success on the international stage.

Champness and O’Toole both played a full 90 minutes in last night’s 5-1 win over Thailand, a side which the Young Socceroos had previously recorded their only loss of the tournament against.

Champness was influential and dangerous in attack throughout and got his name on the scoresheet for a second consecutive game with Australia’s fourth goal midway during the second half.

Roar teenager Jayden Prasad featured in three starting line-ups in Ufuk Talay’s side and scored an incredible solo goal from long range in a group stage match against Indonesia. 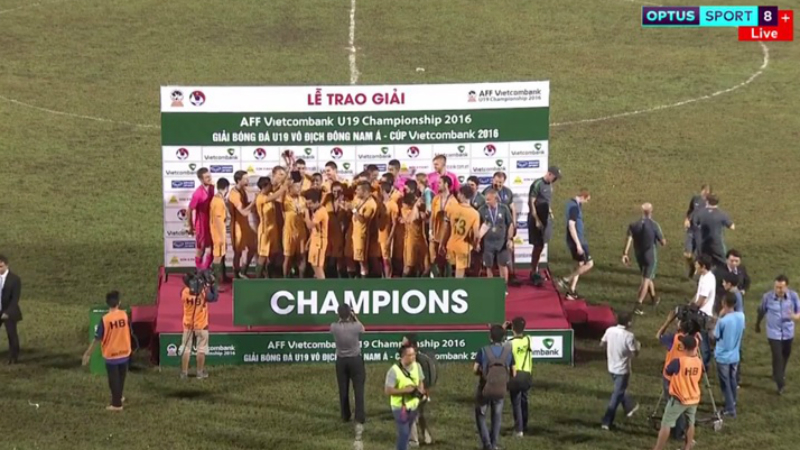 Two goals before half-time put Australia in the driving seat before second-half goals either side of Champness’ strike put the game beyond Thailand despite a late consolation goal.

The victory over Thailand sees Australia win the tournament for a fourth time and their first since 2010.

A 2-1 win over Laos secured the side’s spot in the final four before dominating hosts Vietnam in a 5-2 Semi-Final win before Saturday night’s comprehensive win in the Final.

The boys will now return to Brisbane and rejoin the Roar’s senior squad in preparation for the upcoming Hyundai A-League and Foxtel National Youth League seasons.