Solorzano (below, centre, with Henrique and Dimitri Petratos)  was hampered by injury in the 2015/16 campaign and played only seven matches (two as a starter, for no goals).

He has played 76 games across all competitions in Australia including his time with Melbourne Victory. 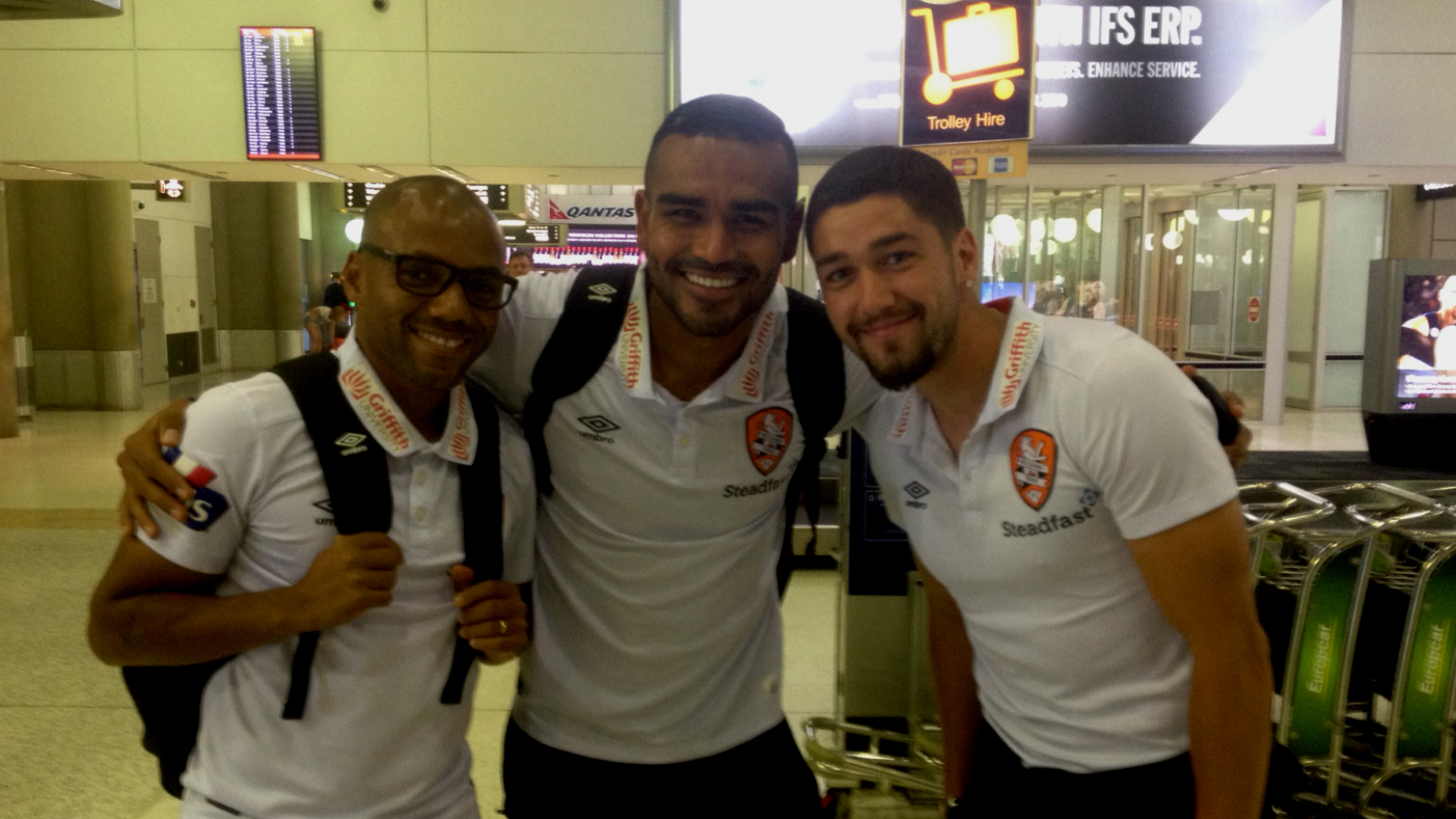 Roar Football Operations Manager Craig Moore said Solorzano – widely known among team-mates and fans as “Nico” – was a popular member of the Hyundai A-League squad and beloved by fans for his “jazz hands” goal celebrations.

“The club thanks Nico for the tremendous effort he has put in at the Roar despite several injury setbacks that sidelined him for lengthy periods,” Moore said.

“He has battled hard to get fit again and we all wish him the very best for the next chapter of his football career.”

Solorzano tonight posted a heart-felt thank you for his time with the Roar and said Brisbane had become his “home”.

“I’m sad because this is not the way I would have liked to have left the club, but at the same time really grateful to have been a part of the history and success of Brisbane Roar.

“Brisbane … has become a place that I can call home.”