A Dimitri Petratos bullet and another Jamie Maclaren goal have secured a 2-1 Brisbane Roar victory at Central Coast Stadium on Sunday afternoon.

The Roar have now won their previous seven meetings with the Mariners and head into Friday night’s clash with Western Sydney Wanderers in a rich vein of form and on a nine-game unbeaten streak.

“We knew that it was going to be a difficult away trip and it’s great to get a positive result,” Aloisi said.

“Picking up points on the road is important and keeps our momentum heading in the right direction. 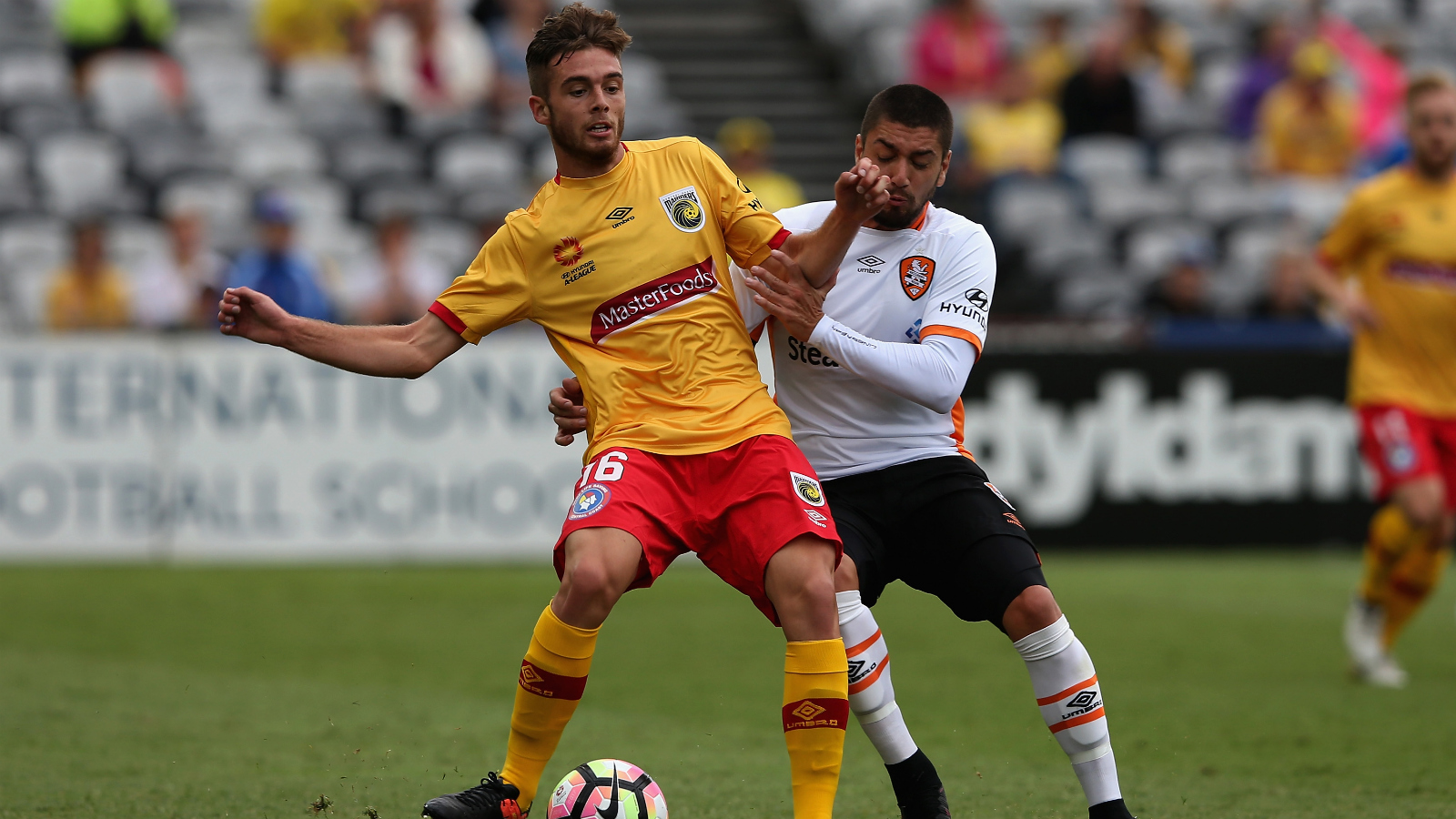 “We now look forward to Friday night’s game at home against the Wanderers.”

The Roar defense again showed their qualities with strong performances across the line and now hold the second-best defensive record in the league.

The visitors went within inches of an early opener through the unlikely left boot of Man of the Match Jack Hingert, whose curling effort had Paul Izzo beaten but returned into play off the woodwork. The fullback launched another audacious attempt in the second half that had the keeper scrambling.

“Central Coast play some good football, they are a good team and brought alot of threats today. It was hard for us, but credit to the boys, we dug in hard and got the result,” Hingert said. 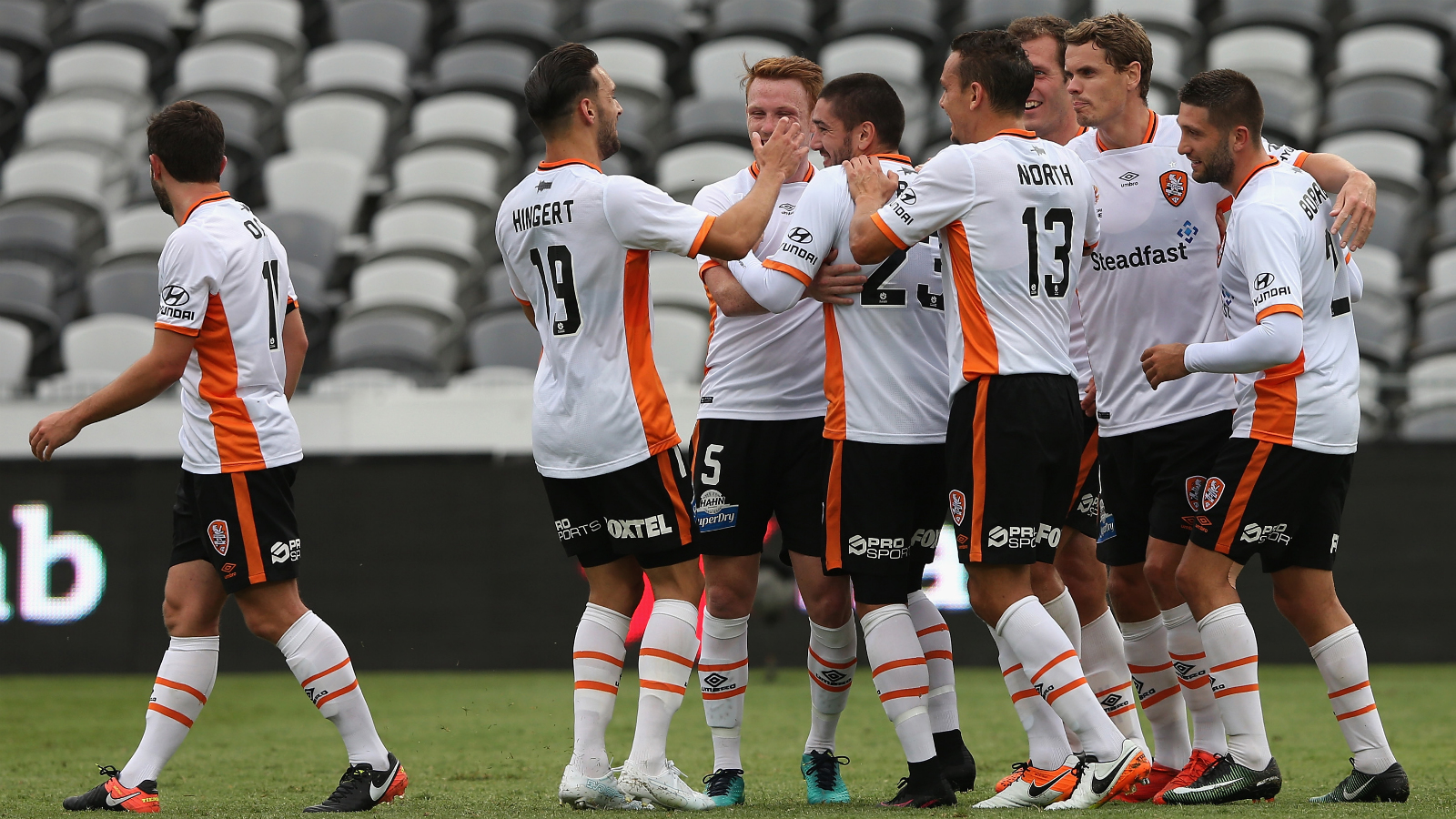 The Roar began to create issues for the Mariners defence from the flanks, utilising perior pace in midfield opening space out wide for the likes of Dimitri Petratos and Brandon Borrello to exploit.

It was a matter of quality over quantity in the opening 45 minutes as the Mariners amassed 10 shots but only found the target on three occasions, rarely troubling Michael Theo. The Roar have now conceded just two goals in 11 opening halves this season.

Brisbane again went close on the half-hour this time through the more likely source of Jamie Maclaren. The striker was unable to bypass Izzo following a goal-line scramble.

Moments later the Roar’s dominance paid dividends as a Dimitri Petratos tracer bullet from a dead-ball situation fired the Roar into the lead at half-time. 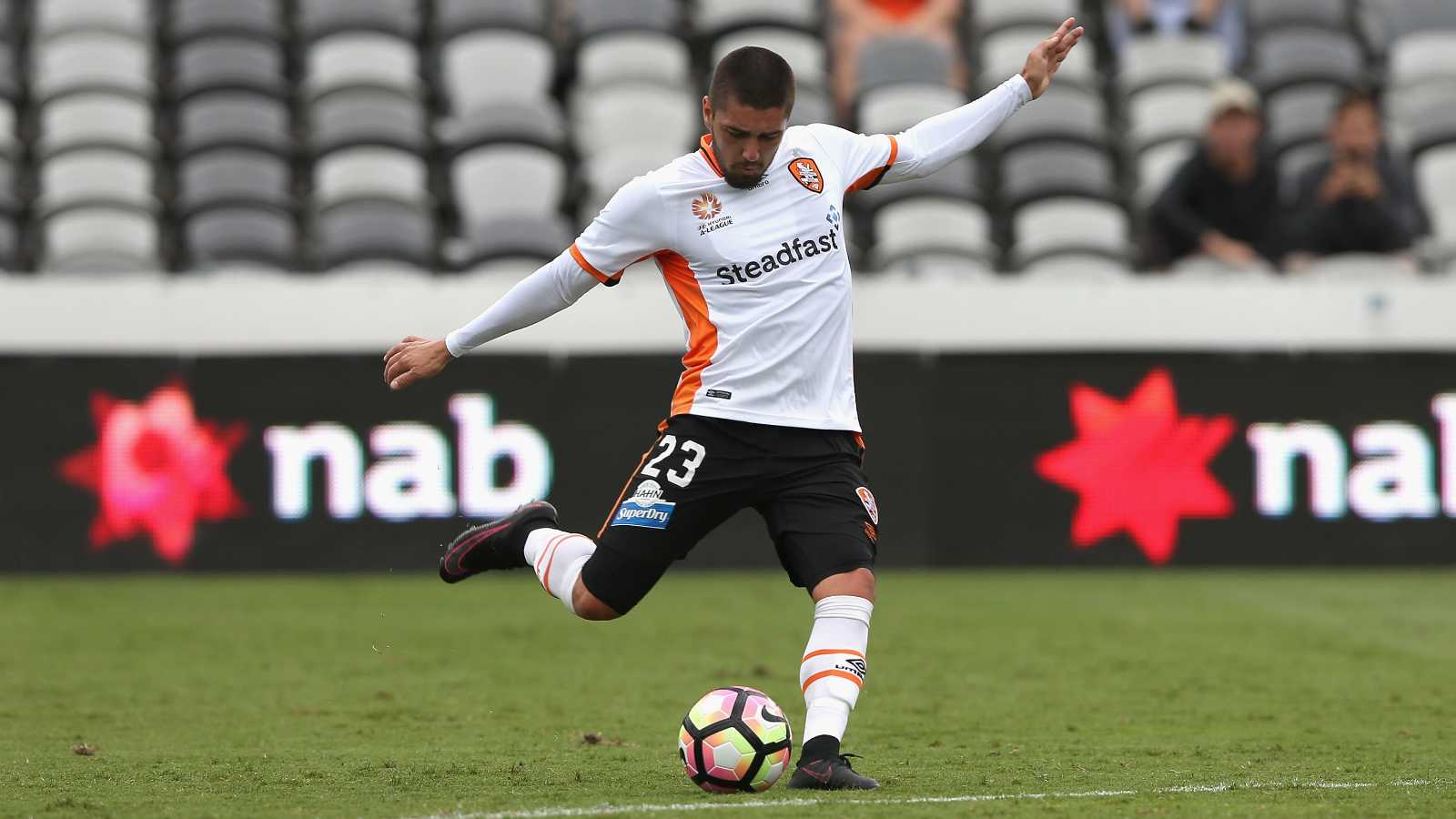 A quick counterattack from the Mariners led to an equaliser shortly after the break as the second half developed into a tightly-fought contest.

Brisbane were forced to withstand a period of sustained pressure from the Mariners who responded positively following Roy O’Donovan’s equaliser.

The poise and collectedness seen in the first half from the visitors returned as the Roar continued to stretch the Mariners defense. 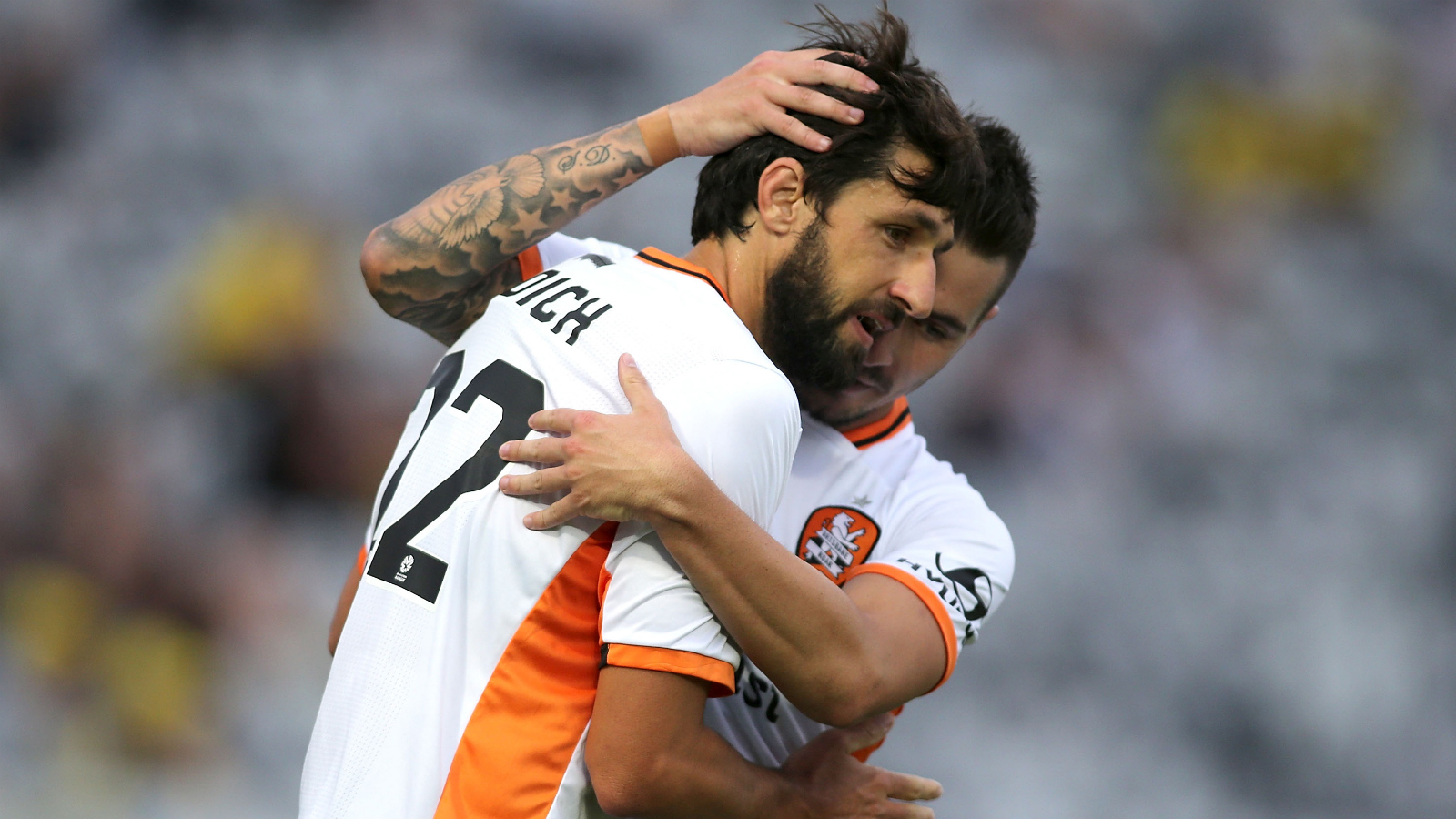 Terrific combination between Thomas Broich and Maclaren was beautifully finished as the German dropped a floating cross on a dime for Brisbane’s number nine to find the net for the sixth consecutive game.

33′: The Roar are awarded a free kick for a handball on the edge of the area which Dimitri Petratos thunders into the top right corner. 1-0

57′: Central Coast pounce on a turnover and launch a quick counter attack which ends with Roy O’Donovan in behind the Roar defence and finishing past Michael Theo. 1-1

76′: Jamie Maclaren (below) switches with precision to Thomas Broich who settles, looks up and drops a floated cross into the path of a rushing Maclaren. 2-1 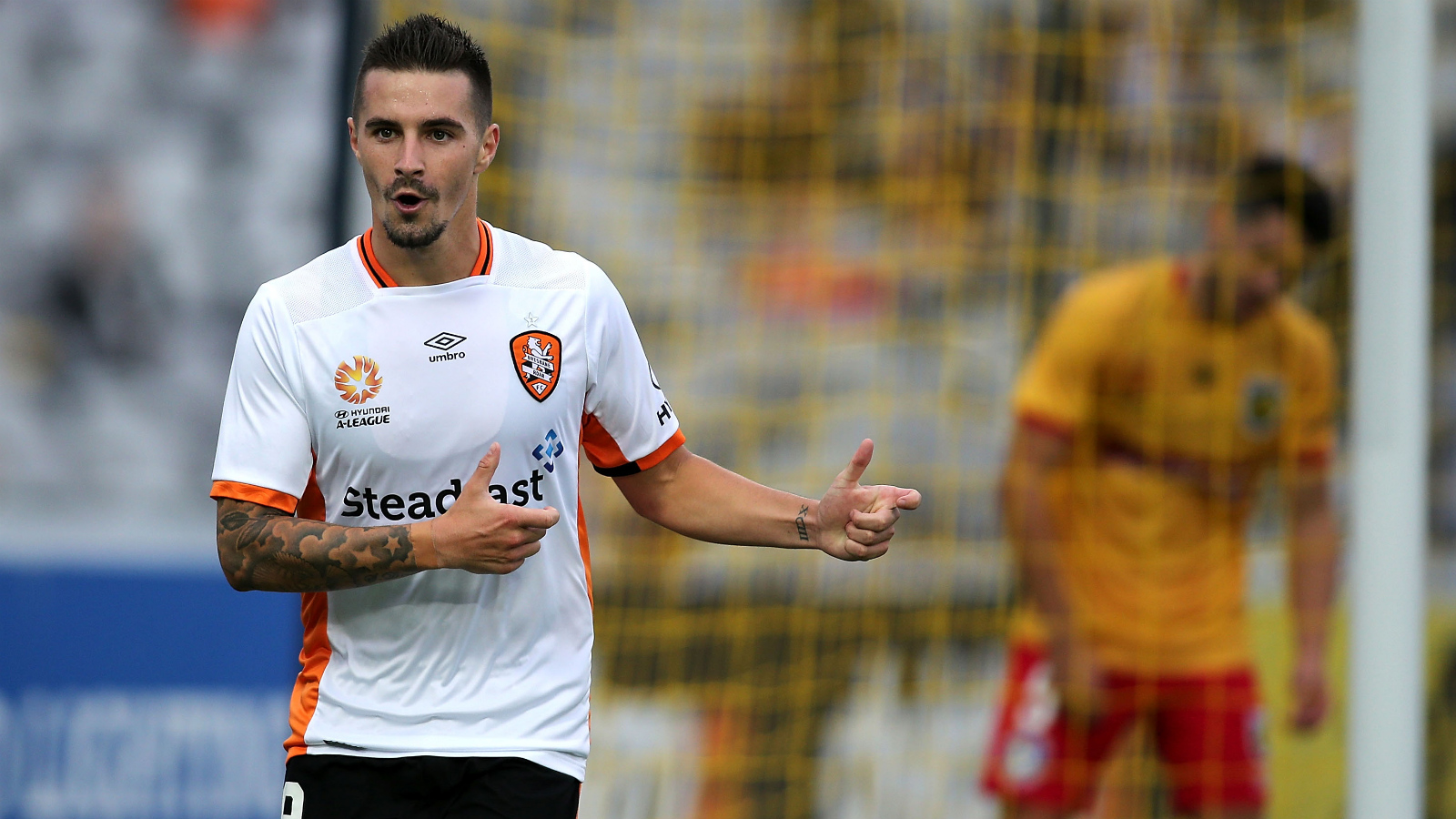 Jack Hingert isn’t known for his goal-scoring capabilities, but he launched a number of shots at Paul Izzo’s goal. The experienced fullback has only previously scored one Hyundai A-League goal and was a deserved recipient of NAB Man of the Match.

“I love attacking and I want to get forward as much as I can. I’m not well known for my goal-scoring but i’m sure i’ll get a few phone calls after today,” Hingert said.

“We have a great bunch of boys and the back four have been together for a while now. We haven’t had many players missing through suspensions or injuries yet. We’ve just gelled and hopefully we can continue that.” 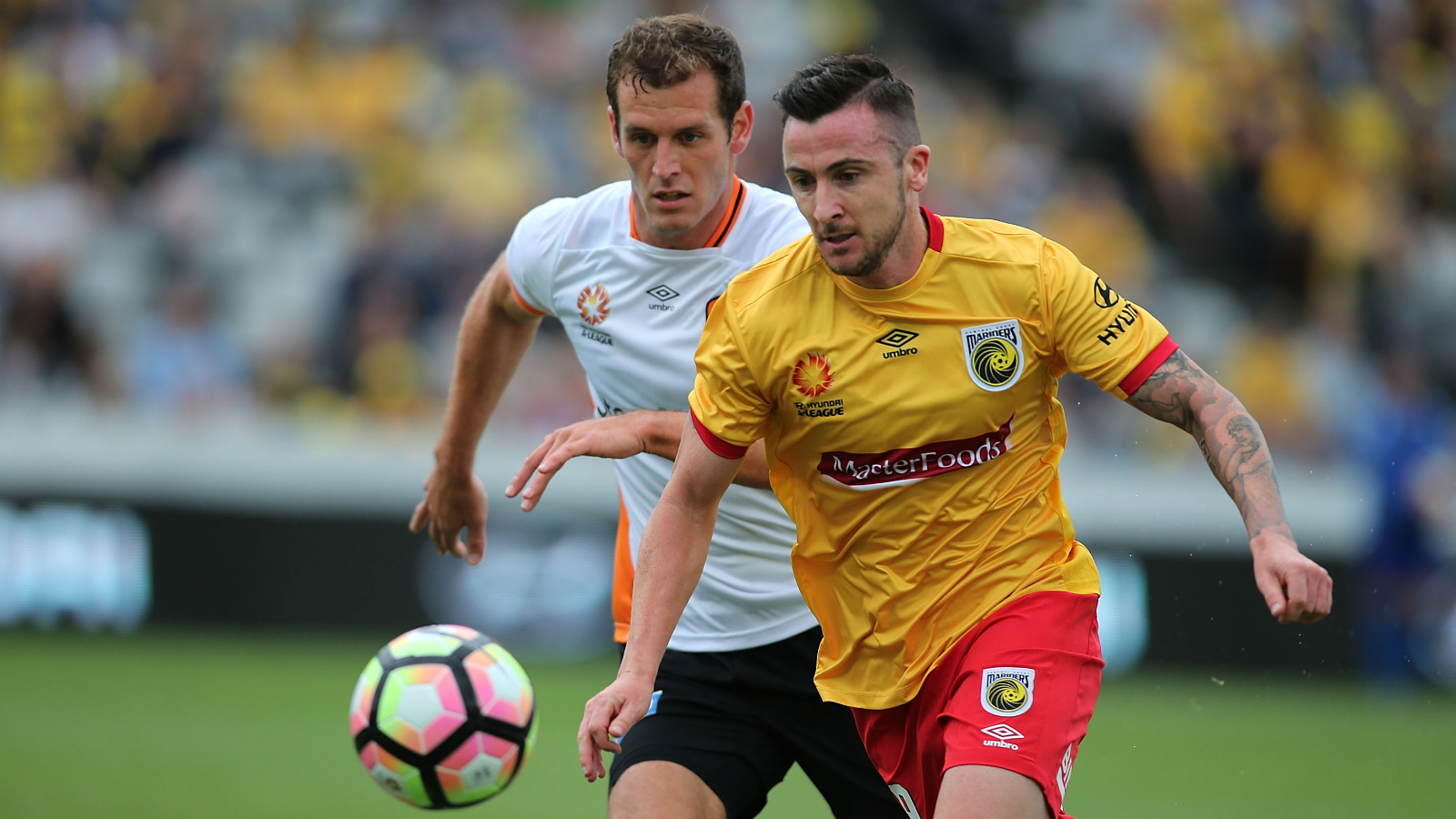 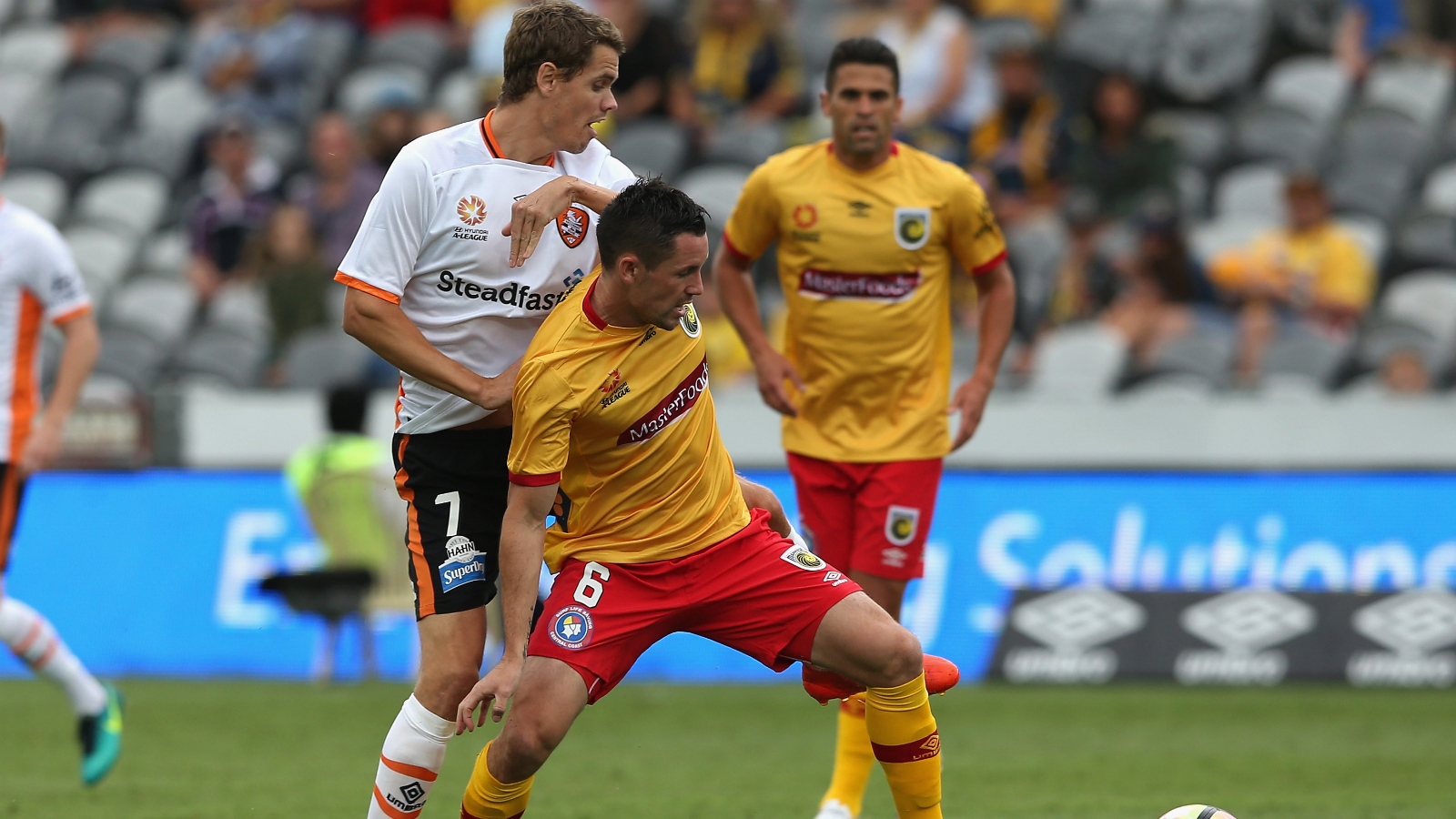