Roar show depth as they take it to the Jets

The battle for starting places is on Brisbane Roar Head Coach John Aloisi declared after his side’s scoreless draw with fellow Hyundai A-League side Newcastle Jets FC at Cleveland today.

The Roar started the pre-season match with no less than eight regular first-teamers on the sidelines through injury or international duty.

Yet the Roar players who got the nod to start against the Jets today put in a big-hearted first 60 minutes before planned substitutions in the final 30 minutes disrupted the impressive team structures of the first half and allowed the Jets to finish strongly and nearly steal the game but for a superb Jamie Young save and a Corey Brown goal-line clearance.

Jean Carlos Solorzano, playing as a No.9, chased everything in the first 45 minutes and always looked dangerous and could easily have had two goals by the break.

The backline of Jerome Polenz, Daniel Bowles, Jade North and Brown held the best the Jets could offer – and when Polenz went off to get three stitches in a head cut after a clash with Nigel Boogaard, replacement fullback Jack Hingert (below) ensured the team didn’t miss a beat. 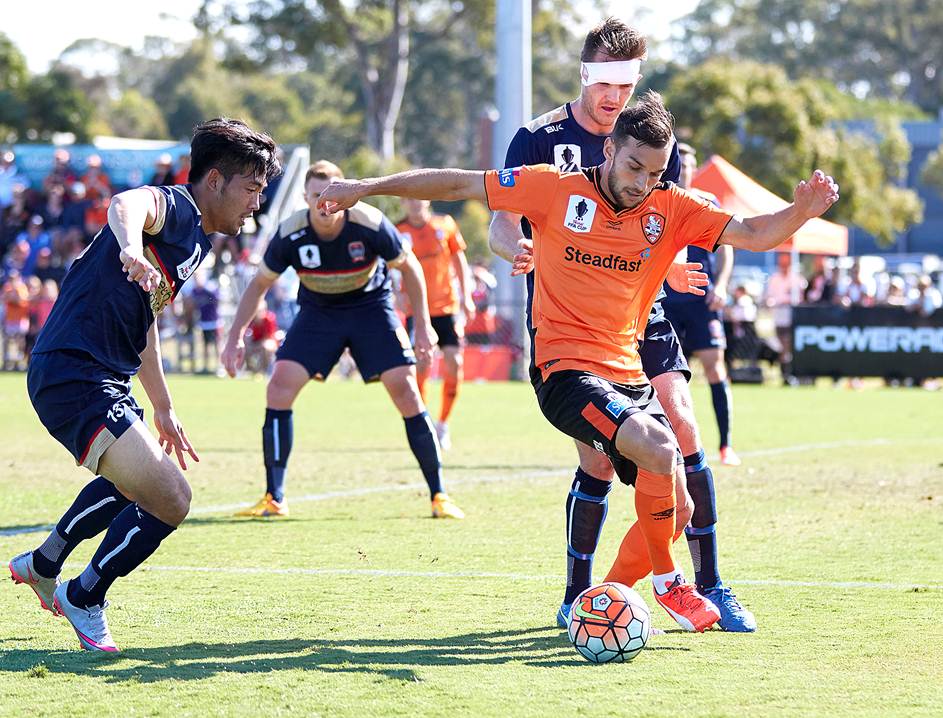 Trialist George Lambadaridis was enterprising as a No.6, although was short of fitness, Devante Clut and Steven Lustica combined well in the middle and Dimitri Petratos (below) and Thomas Broich provided plenty of attacking options playing wide on the flanks.

The only disappointment for the Roar though was to see marquee man Broich limp off in the 65th minute after taking a knock on the same right foot that was injured by a wild tackle in the Westfield FFA Cup game against Western Sydney a month ago.

“He’s pretty sore but we have to hope it is nothing serious and he is okay,” Aloisi said.

The Roar have a busy week ahead with a training game against the Young Socceroos on the Sunshine Coast on Wednesday (PLEASE NOTE: The match is part of a FFA-sanctioned coaching clinic and is closed to the general public) and next Saturday’s clash against the PS4NPLQLD Under-23 All-Stars at QSAC, Nathan, at 4.30pm.

Aloisi said most of the Roar players who watched from the sidelines today would be in contention for selection in either or both of the next two games, with the exception of long-term injuries DeVere (detached quad muscle), Henrique (knee reconstruction) and Stefanutto (calf muscle).

“A lot of the players will come back . . . they will start to push each other for (starting) spots and that is what we want,” Aloisi said.

“We will be able to rotate players, bring players in, get to see everyone and get minutes into everyone.” 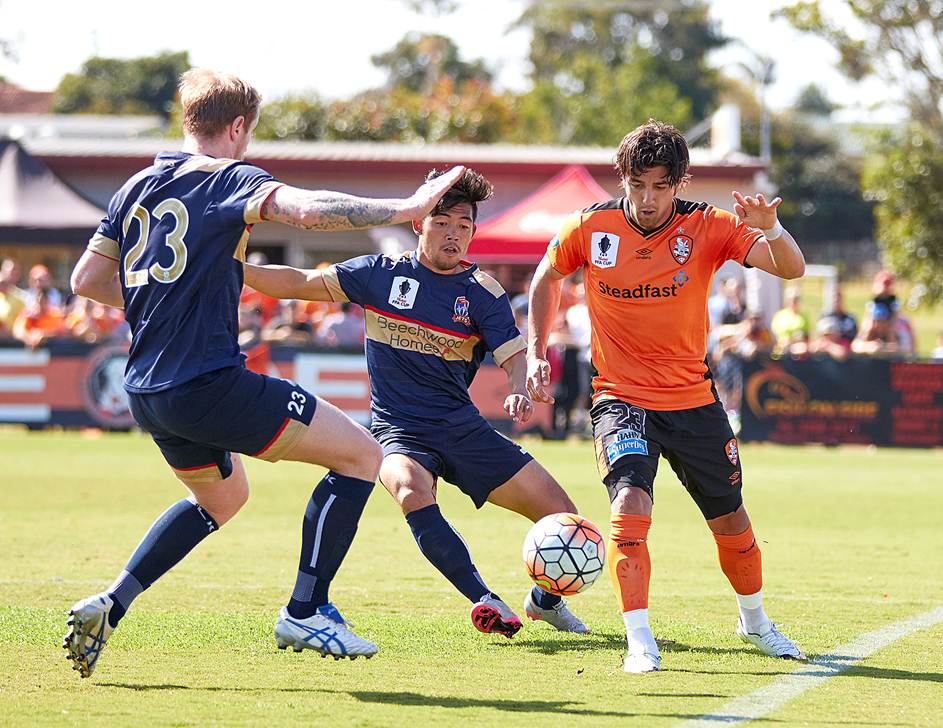 Yellow cards: Nil  Red cards: Jets assistant coach Jean Paul de Marigny was dismissed from the bench in the 81st minute. The referee’s report on the incident is pending.