Caletti is regarded as the most promising young No.6 in Australia football and is expected to work closely with the Roar’s star Spanish No.6 Corona as the teenager develops his skills in the specialist position.

Caletti, from Sydney, was the captain of the FFA Centre of Excellence and was twice their player of the year. He led the Joeys at the FIFA Under-17 World Cup in Argentina late last year (below).

The Roar won an intense race to sign the youngster and it is understood he chose Brisbane ahead of several other major clubs as he considered the environment at the Roar best-suited to his development as a young professional footballer. 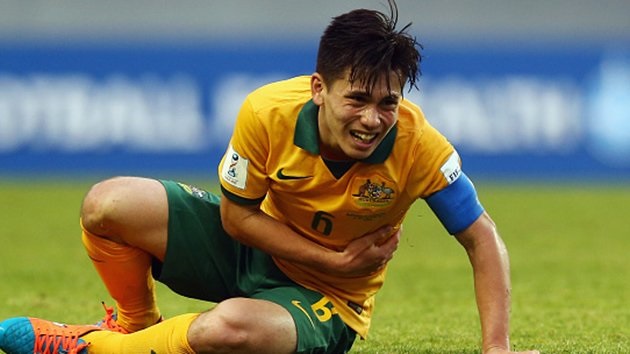 Roar Head Coach John Aloisi said he was delighted to welcome Caletti to the club.

“Joe is one of the most sought-after talented young players in Australia,” Aloisi said.

“It is wonderful to have him at the club, particularly as he plays in one of the most important positions within the structures and the way we play at the Roar.”

Caletti today said he was excited to sign his first professional contract with the Roar.