The Hyundai A-League season is looming on the horizon, but Brisbane Roar have made a strong start to pre-season and have turned their attention fully to next month’s FFA Cup Round of 32 tie.

A commanding 5-0 win against the Mackay & Whitsundays Magpies Crusaders unit at BB Print Stadium on Thursday night was the second shutout in as many pre-season games.

A brace from fan favourite striker Henrique was the nail in the coffin for the home side and pushed the Roar into a comfortable lead.

“It’s good to get a win against a difficult opposition, they made it hard for us and obviously the win was really great,” Henrique said.

“The game was good, for us it helped us train our fitness and work on our structure.”

John Aloisi’s team took to the fields to train early the following day, energised and confident after their recent victory.

The Roar have used the week-long trip to Mackay to improve in various areas on the park as well as bond off it.

“In all aspects, we are a stronger team than before we got here. We had a few new faces and it’s good getting them used to the team,” Henrique continued. 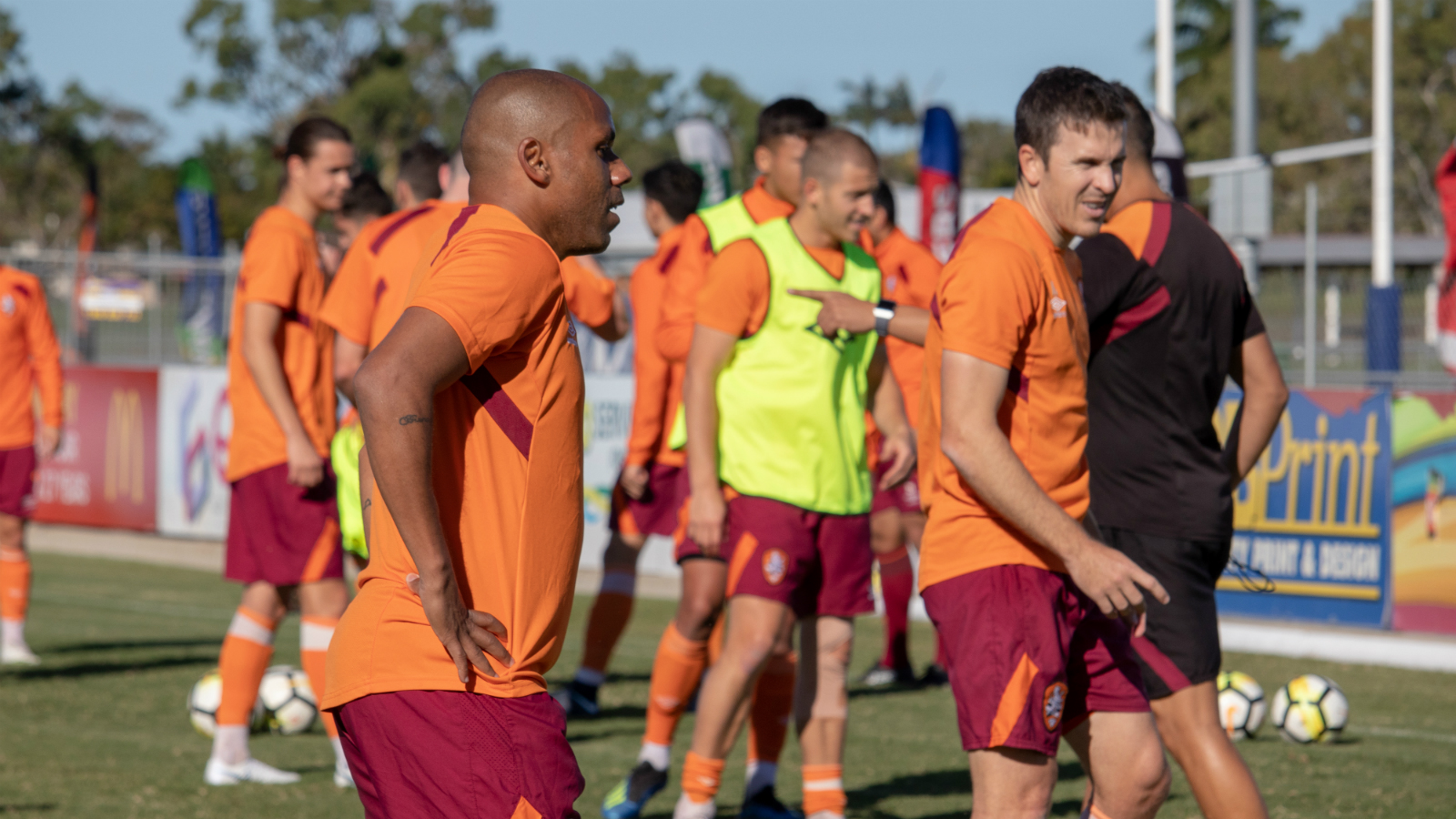 “It was really nice to be here together, we’ve been training with all our hearts and I think we got a lot out of it.

“There was a good turn out on Thursday night, perfect weather, good city it was all good.”

The Slippery Fish opened his pre-season account with a confidence-lifting second-half double and says he’ll look to keep building as the Hyundai A-League and FFA Cup campaigns near.

“It’s good to get on the score sheet, it gives me the confidence to go ahead into the new season,” he concluded.

The focus now turns to the August 7 FFA Cup clash against Melbourne City at Redcliffe’s Dolphin Stadium – the first time the two sides will have met in the competition’s five-year history. Get your tickets HERE.

“We’re definitely ready. We train to be able to translate it all into a real games and we’re looking forward to it.”