Fullback Connor O’Toole played the full 90 minutes in Australia’s second fixture against Myanmar overnight, with Young Socceroos’ side collecting the three points and another clean sheet .

Midfielder Jayden Prasad was substituted out on the hour mark in the opening game and was brought on off the bench at a similar time against Myanmar.

The Young Socceroos have maintained their perfect start to the campaign, adding a 3-0 victory against Myanmar overnight to their opening 2-0 victory over Cambodia.

Goals in both halves were enough to extend Australia’s unbeaten start to the tournament. 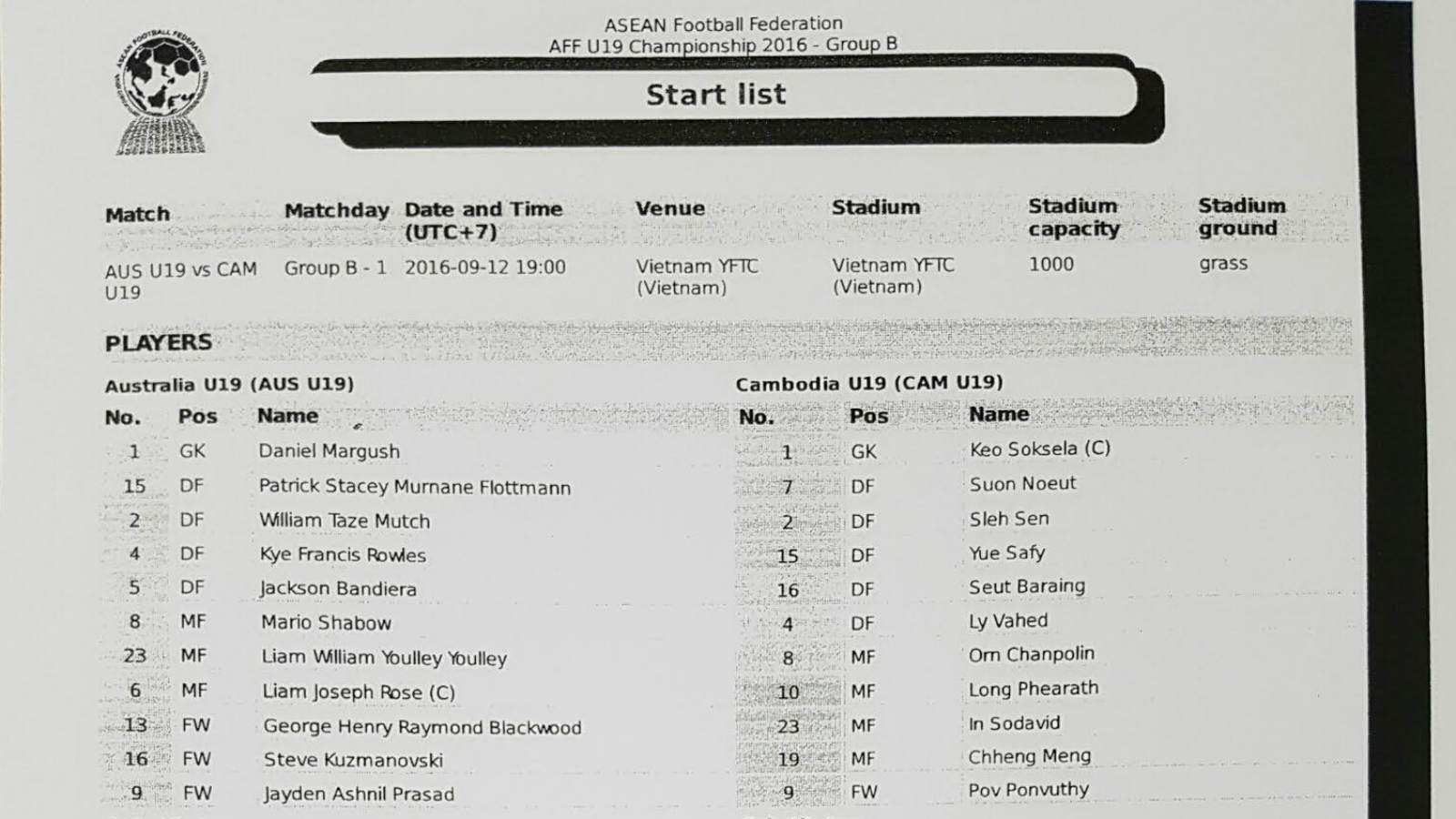 Australia’s defence was rarely threatened throughout the encounter in a game where the Young Socceroos dominated possession and chances and ultimately overpowered a Myanmar side who were content to sit deep and defend.

Head Coach Ufuk Talay says the side need to be more clinical with their finishing, but was pleased with the effort.

“The boys played well even though the ground was a little hard for the short passes,” he said.

“We improved into the second half although we should have been more clinical with the finishes.”

The result sees the Young Socceroos maintain their spot atop of Group B alongside last year’s champions Thailand on six points. 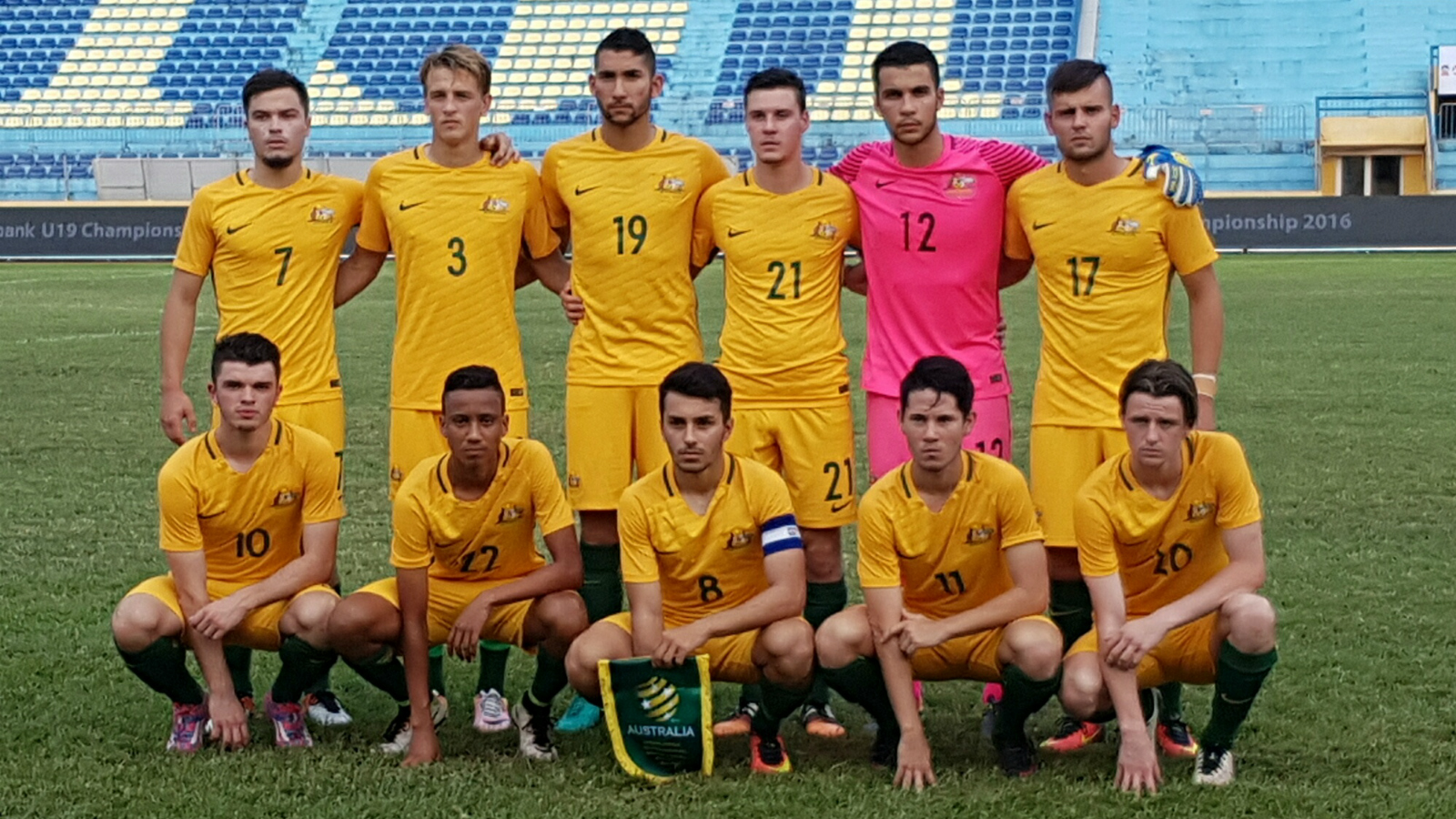 The side’s next opponent is Indonesia on Friday night (7pm kick-off Qld time), who suffered consecutive defeats to Myanmar and Thailand and languish at the foot of Group B.

The winners and runners-up of the two groups will advance to the knockout stage before the September 24 final.

The tournament is organised by the ASEAN Football Federation which Australia have won on three occasions in 2006, 2008 and 2010.

All Young Socceroos matches at the AFF Under-19 Championships will be broadcast on SBS and Optus Sport. 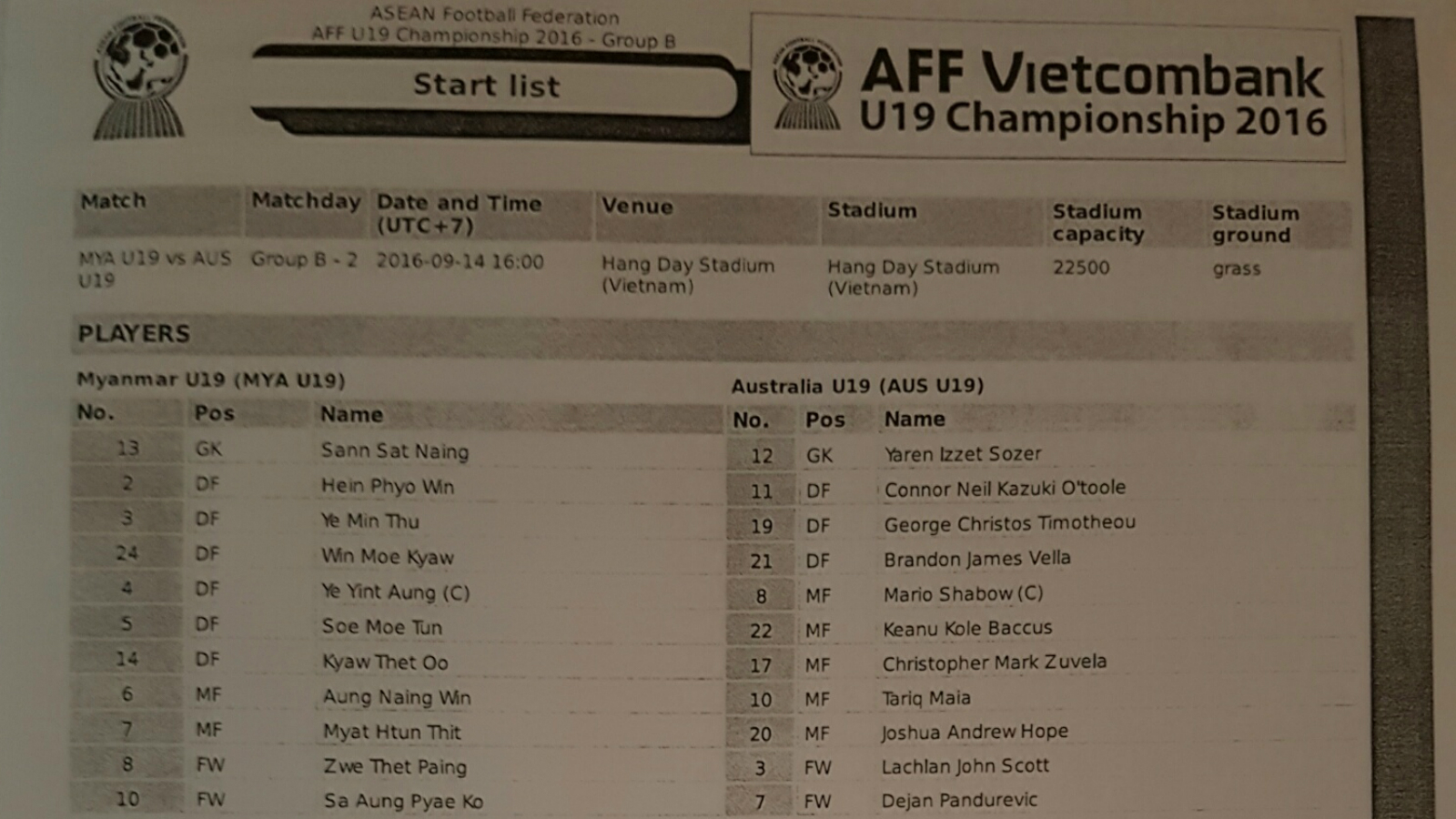