Brisbane Roar’s first Community Ambassadors were presented to the crowd at Suncorp Stadium on Friday night.

“We welcome our new ambassadors to the club and look forward to working closely with them to build strong ties between the Roar and their communities,” he said.

The Community Ambassadors come from diverse backgrounds and experiences and are united in their passion for football and their demonstrated care for the community, the program’s Chief Ambassador, Jim Bellos said.

“We are so proud of who we have chosen and we are hoping for double the numbers next year,” he said.

“They love their football, they share their football and they are engaged in their community. There is no other initiative like this in the Hyundai A-League and we are hoping that it spreads to other clubs.”

New ambassador Peter Forday said: “Roar understands that football is for everybody. It’s the Roar that wanted to connect with the community. For people from culturally diverse backgrounds, football is in their blood, it’s how we communicate, it’s how we relate to each other.”

After the November launch of the program, the Roar received a positive response from the community and more than 40 applications were lodged showing interest in becoming Community Ambassadors. 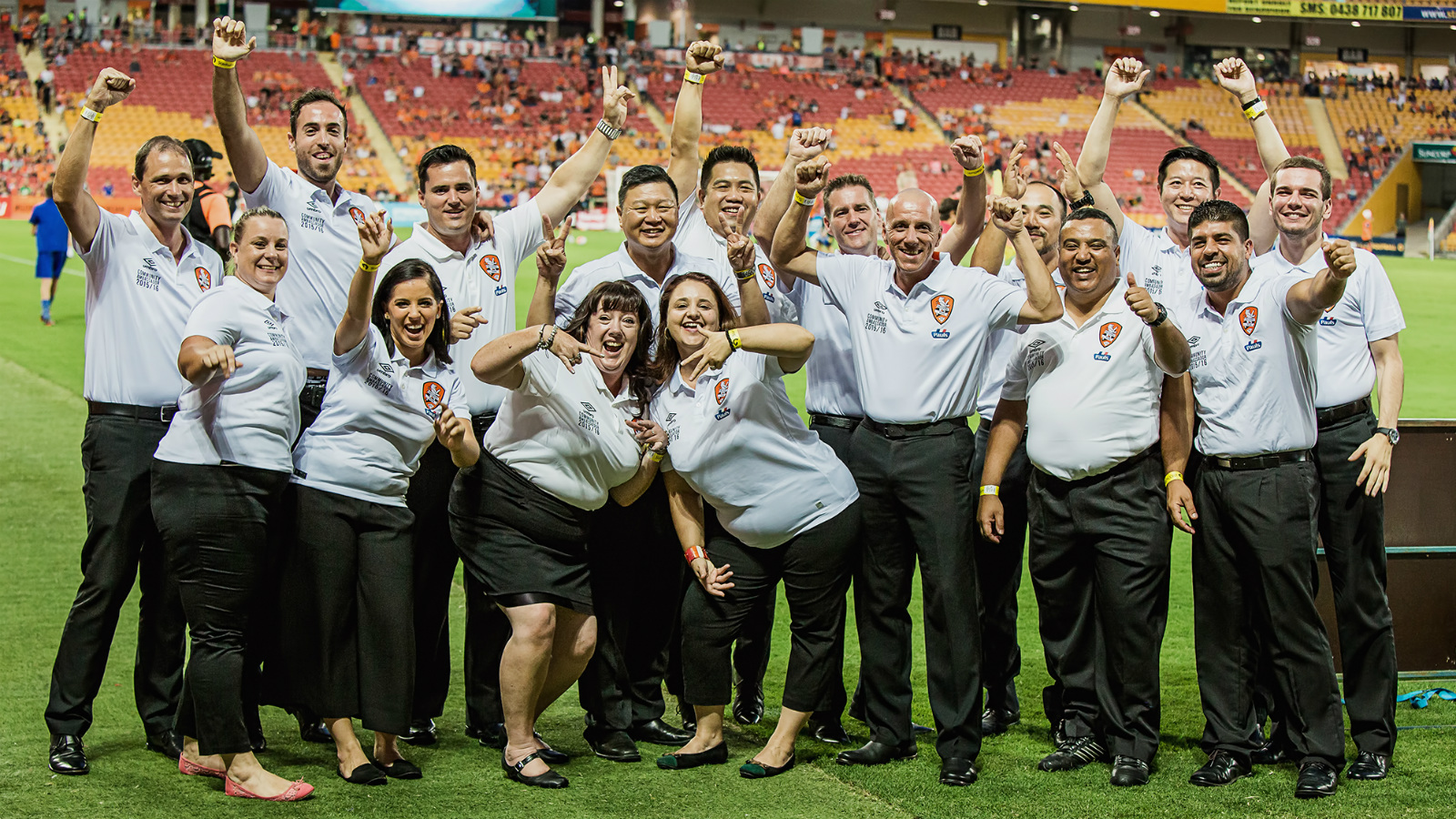 The 19 (many of whom are pictured above celebrating at Suncorp Stadium on Friday night) were selected as the best candidates to fulfill the following roles:

• Ensure the community is participating in as many football programs as are available.

• Be a positive role model.

• Assist with charity connection within their region.

• Liaise where possible with local clubs to promote football participation.

• Communicate opportunities to interact, support and be part of local football and community initiatives in their areas.

For any enquiries about the program, contact Brisbane Roar FC Community Director Brendon Boss at bboss@brisbaneroar.com.au