For many of the young Brisbane Roar players set to face Liverpool at Suncorp Stadium on Friday night, taking on the Premier League heavyweights will be the most important match of their career to date.

Football is a cruel, unforgiving game and a few of those callow youths will never get closer to the big time than tackling Brendan Rodgers’ men in a pre-season friendly.

And while John Aloisi is without experienced trio Matt McKay, Michael Theo and Luke DeVere due to injury and a lack of fitness, at least in Steven Lustica the Roar head coach can call on one player who won’t be overawed by the occasion.

The attacking midfielder was just 20 when he made his Hajduk Split debut as a second-half substitute against then-UEFA Champions League and La Liga holders Barcelona in a match to commemorate the Croatian club’s centenary in 2011.

And the former Young Socceroo doesn’t even consider tackling the Catalan giants to be the biggest game of his career to date. That honour goes to a UEFA Europa League qualifying showdown with Internazionale.

Lustica came on late in the game as Hajduk defeated the Serie A heavyweights 2-0 at their San Siro home in 2012.

Despite having pitted himself against continental European football royalty, the visit of English powerhouse Liverpool for an exhibition game is still a source of excitement for the ex-Gold Coast United man. 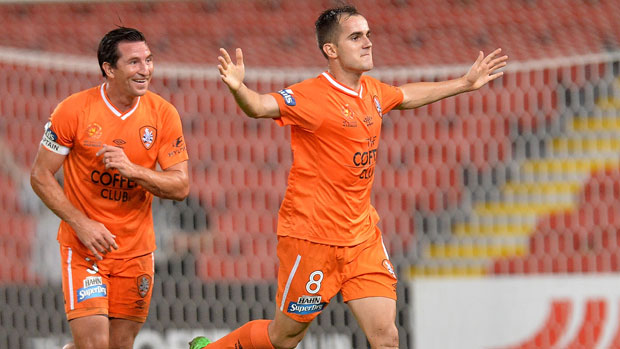 “This is definitely up there,” he said.

“We’re very excited, it’s a massive game for us, for Brisbane Roar. Even for Australia as well.

“There’s no better feeling than running out (in front of) a packed stadium. Especially at Suncorp, it’s just a great atmosphere there. And against Liverpool it’s going to be extra special, with the Liverpool supporters and our supporters, I think it’s going to be a game to remember forever.”

Thomas Broich, Jade North and Shane Stefanutto are all available for the hosts, while Roar fans are likely to get their first glimpse of Jamie Maclaren in an orange shirt following his arrival from Perth Glory.

Of the Reds’ off-season recruits, centre-forward Danny Ings started, while James Milner and Nathaniel Clyne came off the bench at half-time as Rodgers made wholesale changes.