Brisbane Roar FC is set to add a second Spaniard to the club’s Hyundai A-League squad with the arrival on Wednesday (7 October) of midfielder Javier Hervas Salmoral.

The 26-year-old played in La Liga with Sevilla FC, although more recently has played on loan in the Spanish second-tier competition with clubs including CE Sabadell, Hercules CF and Cordoba CF.

Hervas flew into Brisbane on Wednesday morning and immediatel went to watch the Roar train at Griffith University Mount Gravatt campus. He was scheduled to undergo a medical later in the day.

He is not expected to figure in the Roar’s opening match of the Hyundai A-League 2015/16 season against Western Sydney Wanderers FC at Pirtek Stadium on Thursday night (7pm kick off Qld time).

“This is a great opportunity for me. It is a long way from Spain but to play in Australian with Brisbane Roar is the right challenge for me,” Hervas said.

Hervas’ arrival comes just a week after the Roar announced the signing of another Spanish midfielder, Miguel Angel Garcia Perez-Roldan, known on the playing field as Corona, who played six seasons in La Liga with Almeria. 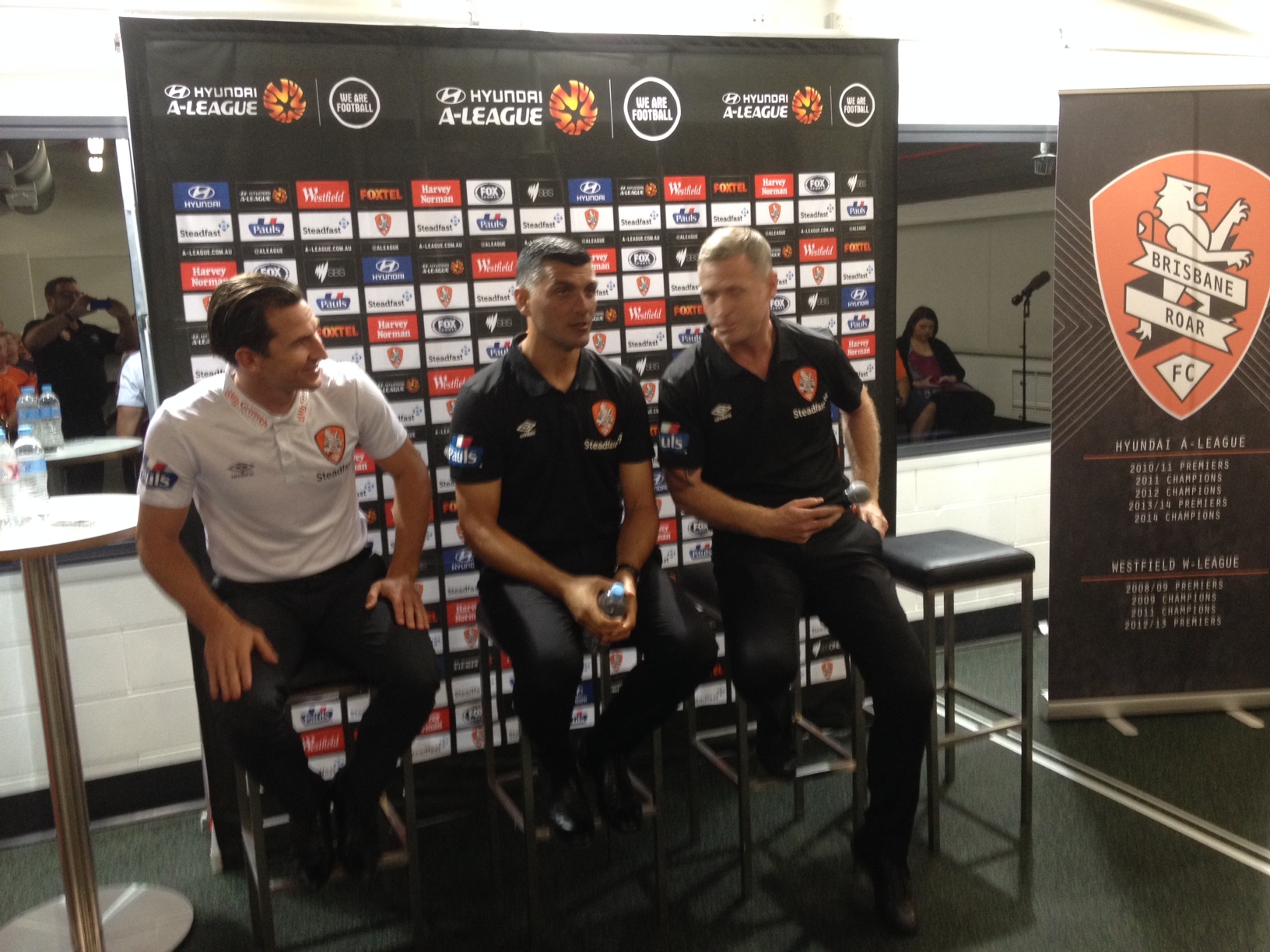 Hervas said he had watched Corona on television many times when he was growing up and got the opportunity to twice play against him.

Brisbane Roar Head Coach John Aloisi told a Fans Football Forum in the Suncorp Stadium home dressing room  on Tuesday night (above) that he had extensively reviewed the Roar squad with the aim of having at least two players competing for every position.

“I am very confident the players that we have will make us very competitive this season but I would like to keep one spot open for the January transfer window,” Aloisi told the forum.

The Roar now has an extra visa position open with Aloisi also announcing to the forum that Brazilian Henrique is scheduled to be awarded his Australian Citizenship at a ceremony in Brisbane on Wednesday night.

Aloisi said that providing Hervas passed his medical, he did not expect the Spaniard to be considered for selection for another three weeks as he had only been training by himself for the last few months.